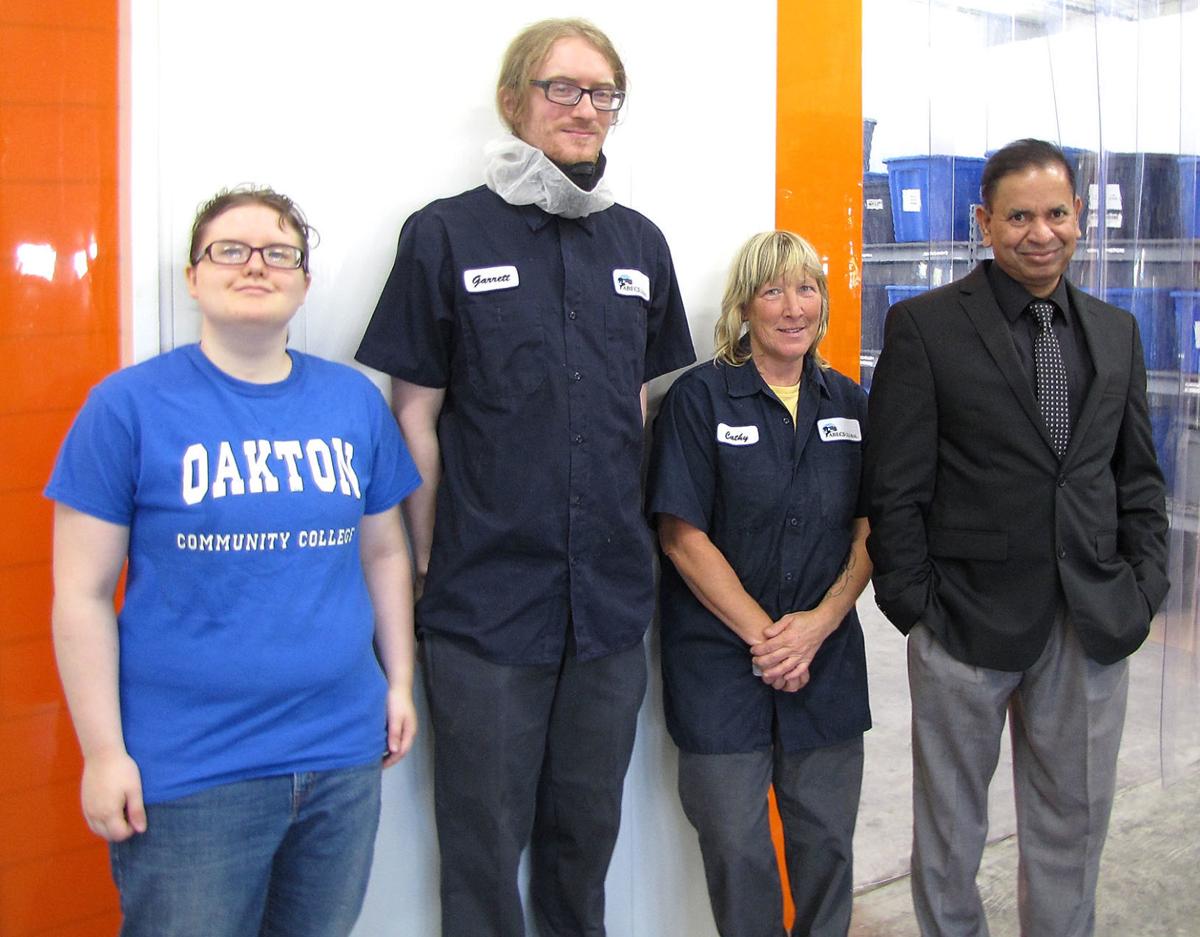 ABECS was honored with an award during spring from the Chippewa County Economic Development Corporation for Sasi’s entrepreneurship and the small business’ growth. 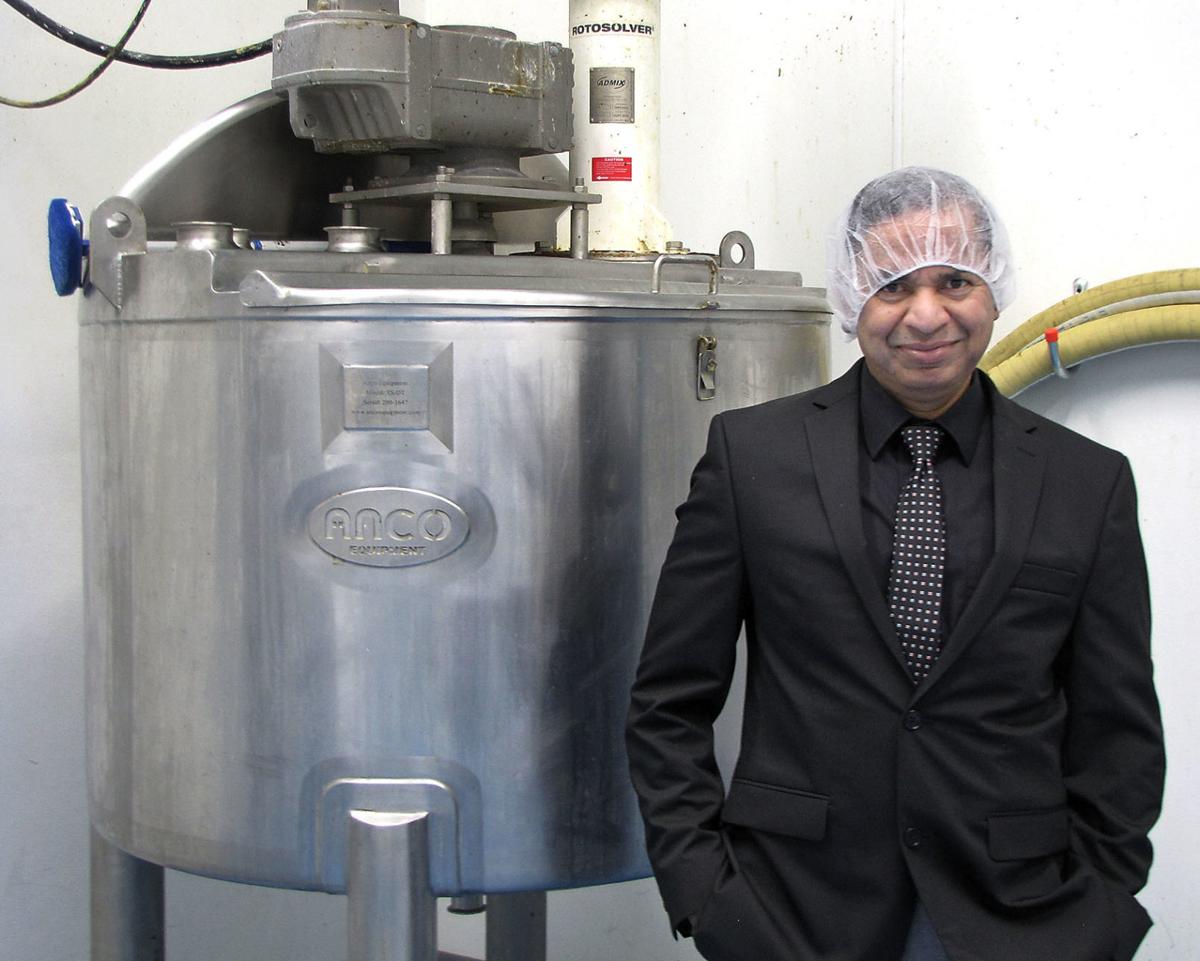 Veterinarian Vijay Sasi stands next to equipment used to make feed supplements for a variety of animals. Sasi bought ABECS Global LLC less than two years ago and says the company is growing with sales across the U.S. 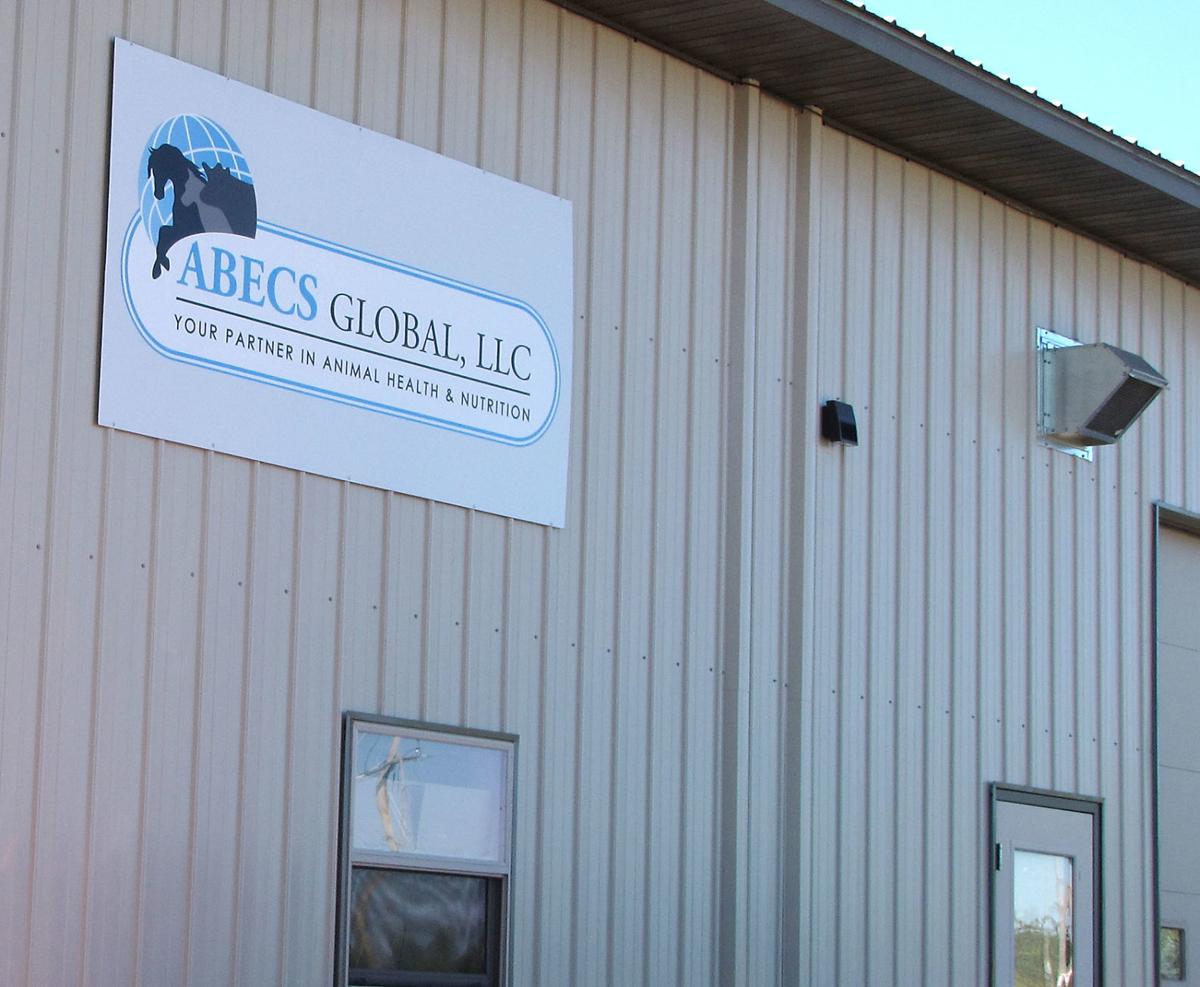 ABECS Global LLC is located in Stanley in a 10,000-square-foot building with clean rooms and lots of storage space.

ABECS was honored with an award during spring from the Chippewa County Economic Development Corporation for Sasi’s entrepreneurship and the small business’ growth.

Veterinarian Vijay Sasi stands next to equipment used to make feed supplements for a variety of animals. Sasi bought ABECS Global LLC less than two years ago and says the company is growing with sales across the U.S.

ABECS Global LLC is located in Stanley in a 10,000-square-foot building with clean rooms and lots of storage space.

Editor’s Note: This story originally appeared in the autumn issue of Business Leader, a quarterly magazine produced by the Leader-Telegram. To view that issue and other special publications, go to leadertelegram.com/magazines.

Sasi, 56, was born in India. He said as a child, he dreamed of becoming a veterinarian and living in the United States.

He has accomplished those goals.

Sasi owns ABECS Global LLC, where he creates high-quality feed supplements for animals. He personally makes each batch and they are carefully packaged and shipped across the country.

“We don’t make feed; we make feed supplements,” he explained. “We started with gels and pastes and liquids, then we went into powders.”

Sasi shows off a large vat where the supplements are made, but he doesn’t want to elaborate on the process, calling it a trade secret. He developed most of the formulas himself.

“It makes the animals healthier, and better performance,” he said of his products.

The supplements are usually packed into small tubes, and farmers would pour the powders directly into an animal’s mouth, to make sure they ingest it, he said.

“When you give a supplement to an animal, you see the benefits they are getting,” he said. “It makes you feel so good.”

“The doctor has a great entrepreneurship spirit,” said CCEDC executive director Charlie Walker. “He’s been bootstrapping his product for a couple of years. Stanley was a perfect fit (for him) because of the dairy out there.”

ABECS is an acronym for avian and aquatics, bovine, equine and exotics, canine and cats, swine and sheep.

“ABECS Global is designed to be the home for all your innovative animal health and nutritional solutions,” the company website states.

While Sasi didn’t want to detail his sales figures or state how much of the supplements he is producing, he boasts he had double-digit growth in 2019 from a year ago.

“We do quite a bit of business in Minnesota and Wisconsin, but also Texas, Kentucky, Vermont, North Carolina and in Canada,” he said.

Some of the products assist the development and performance of race horses, he added.

Sasi graduated from Madras Veterinary College in India, then attended Utah State University, where he earned a master’s degree in dairy sciences. He moved to Wisconsin in 1998, and he worked at a veterinary practice in Durand.

He then decided he wanted to own his own business.

“I was looking at a lot of places, and this opportunity came up,” he said. “I’d never been in Stanley.”

Sasi purchased ABECS Global in January 2018. The business is located at 318 Development Drive in the southwest corner of the city — Stanley Correctional Institution is directly across Highway 29 from ABECS’

headquarters. Sasi wound up buying the 10,000-square-foot multi-tenant building that ABECS has been in, which includes plenty of storage space, last November.

The building has clean rooms, with workers required to wear hair nets in those areas.

Garrett Mesang is one of four employees working for Sasi.

“I like seeing all the different things we make, seeing what animals can have and can’t have,” Mesang said.

Sasi lives with his wife, Vasumathy. Their son graduated from North High School in Eau Claire and now attends college in Chicago. Sasi thanked the Stanley Business Association and the community for supporting his company.