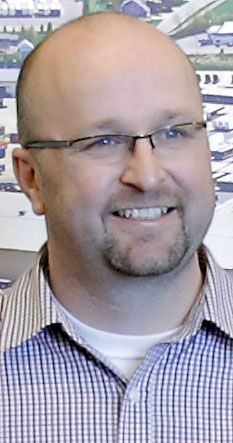 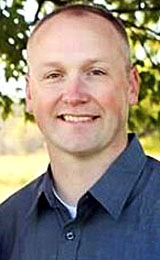 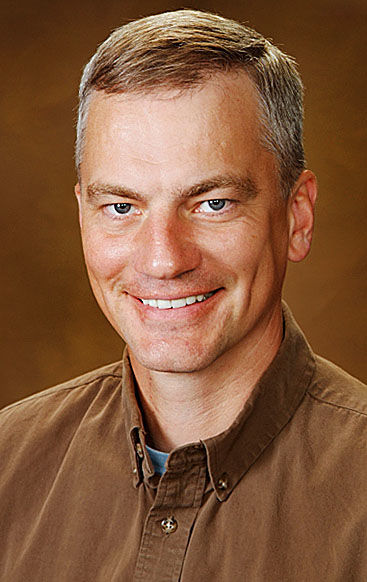 ARCADIA — Ashley Furniture donated $300,000, 6 acres of land and employee time to reduce the risk of future flooding of Myers Valley Creek in Arcadia.

City and company officials recognized the contributions last week at a gathering in the furniture manufacturer’s offices.

“The city of Arcadia appreciates Ashley’s collective contributions to this project. Ashley is pivotal to our economy and it is our privilege to work with them,” Mayor Rob Reichwein said in a news release.

The monetary contribution was the latest effort by Ashley to help in the flood reduction project. The company already had donated land it had used for truck parking to the project that created a new creek channel. Ashley’s engineering, legal and public relations staff also have aided in the project.

Arcadia also is getting $500,000 from Community Development Block Grants to help pay for the $1.5 million flood control project.

City officials say the effort already has protected residents and businesses from flash floods on Aug. 12 and Sept. 21 that hit Arcadia.

A September 2010 flood of the Myers Valley Creek watershed caused $10 million in damages to Arcadia.

Slumberland Furniture will serve as the anchor store in a retail redevelopment project at the defunct Kmart store on Oak Avenue in Menomonie.

In addition to transforming the vacant big-box store, the multiphase redevelopment project will also add a new strip mall on the property.

Brisky Commercial, a Minneapolis-based real estate firm, is assisting Slumberland with development and brokerage services. In a news release announcing the future tenants, Brisky mentioned there are still spaces available for additional businesses that want to locate at the project that’s close to an Interstate 94 exit.

The Menomoine Kmart closed in May 2014 along with the Chippewa Falls store. Gordy’s Market, which has one of its grocery stores in the adjoining strip mall, bought the former Chippewa Falls Kmart with the goal of attracting more retail tenants.

Eau Claire’s Kmart on East Clairemont Avenue closed in February 2015 and does not yet have new tenants.

• Get detailed written estimates from multiple companies and compare not only prices, but also their services and backup plan if their equipment fails during a heavy snowfall.

• When you do pick your service, get a detailed contract in writing. Make sure this document includes the company’s address, two phone numbers to reach them, dates for the start and end of service, and the minimum amount of snow needed for them to plow.

• Get customer references and call them to ask about their experiences with the company.

• Make sure the company is insured for property damage. Request a statement from their insurer confirming their liability and worker’s compensation coverage.

• Don’t assume the company will return in spring to repair damage done to your lawn or other property, get it in writing.

• Ask the contractor about payment options. Some charge in advance for the entire season, while others allow monthly installments or charge for each time their services are needed.

• Choose a reputable company. Check BBB.org for consumer reviews and information about snow removal companies in the area.

• It’s wise for you to put stakes or other markers around your driveway to minimize damage a plow may do to your yard or landscaping.

The Eau Claire Area Chamber of Commerce is seeking speakers who are interested in making a one-hour presentation on a human resources-related topic at a one-day conference in spring.

The annual conference sponsored by the chamber and Chippewa Valley Society of Human Resources Management will be 8 a.m. to 3 p.m. on Tuesday, April 4, at The Florian Gardens, 2340 Lorch Ave.

Those interested in presenting need to complete a form found online at tinyurl.com/​gpluhdd and return it to Becky Seelen by Monday, Jan. 9. Seelen can be reached by email at seelen@eauclairechamber.org or by calling the chamber at 715-858-0615.

• NEENAH — Miron Construction, which has a regional office in Eau Claire, recently started construction on a community center for the Ho-Chuck Nation in Black River Falls.

Work on the 57,000-sqaure-foot project began in October and it is scheduled to open in November 2017.

The community center will include a large main gymnasium, a multi-purpose gym, running track, fitness studios, classrooms, a cafe and lounge.

Architecture and engineering firm I+S Group from Mankato, Minn., also is working on the project.

• Eau Claire-based Huebsch Services got recognition for cleaning uniforms to high standards for companies that manufacture and process food.

• Junior Achievement of Wisconsin’s Northwest District named two new members to its board of directors.

Lyle Jankee, vice president of pricing and network development at Marten Transport in Mondovi, and John Walton, founder of Advanced Laser Machining in Chippewa Falls, are the board’s newest members.

Weld Riley donated the meals in partnership with the Chippewa Valley After Hours Rotary Club, Menomonie Rotary Clubs and Kids Against Hunger. The meals were donated to Feed My People Food Bank in Eau Claire.

• Daylong training classes for learning software commonly used at businesses will be in mid-January at Metropolis Resort, 5150 Fairview Drive.

Each class costs $259, which includes use of a laptop computer. For more information or to register, go to MyCrystalTraining.com.

This course satisfies the annual MSHA requirement for training mine employees on safety and health hazards. This course costs $125 per person; lunch is included.