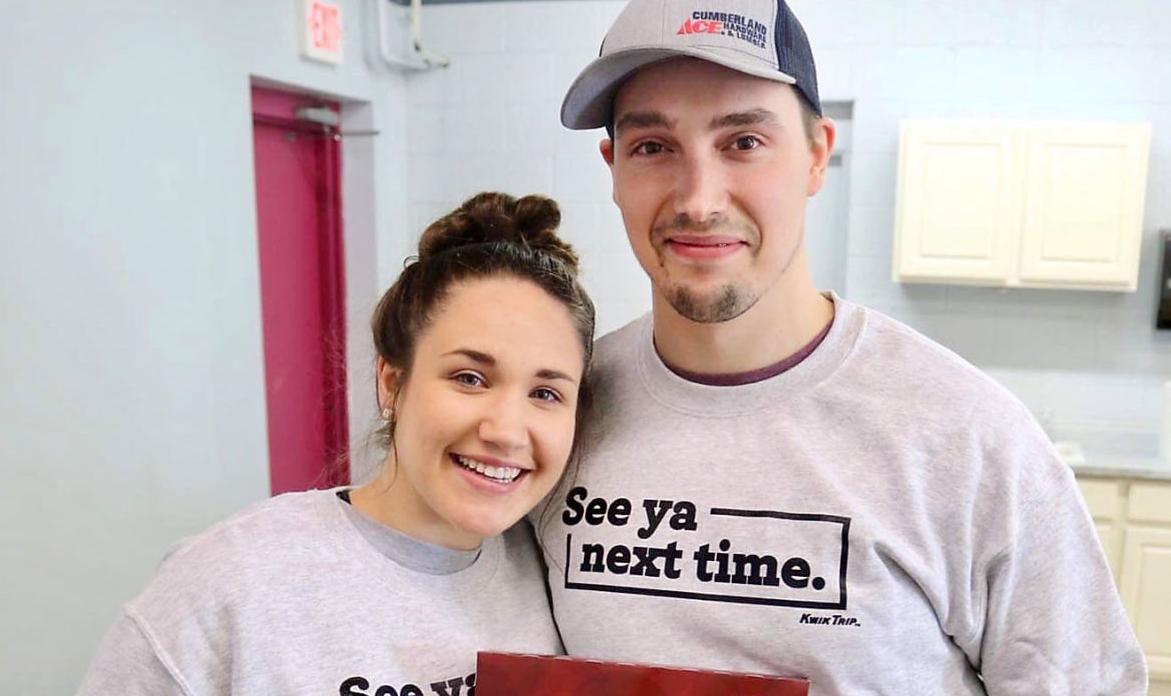 Smith & Co. Candles owners Kenna Smith-Hoff and her husband, Doug Hoff, hold a box of Kwik Trip Glazers doughnuts along with one of their recently launched Glazers-scented jar candles. 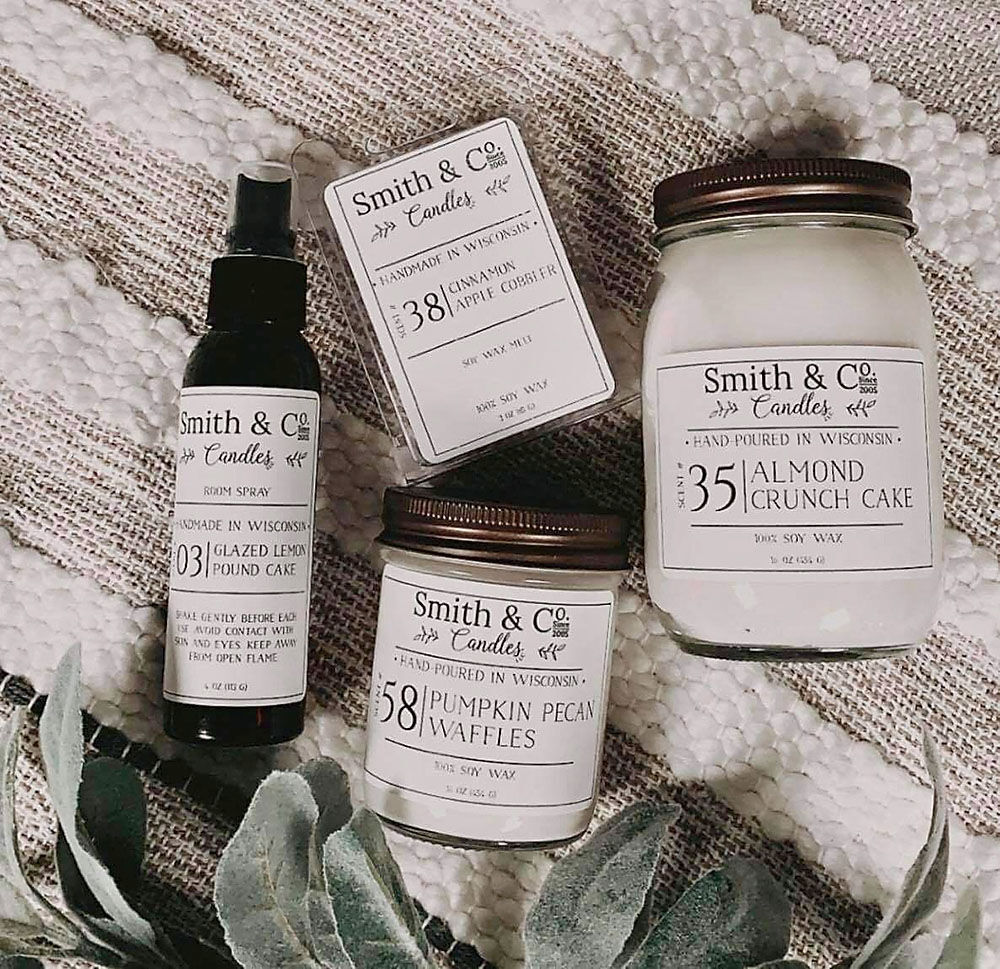 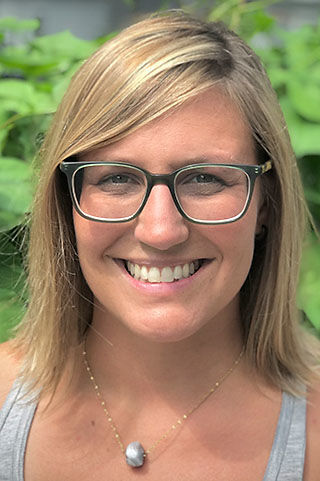 Smith & Co. Candles owners Kenna Smith-Hoff and her husband, Doug Hoff, hold a box of Kwik Trip Glazers doughnuts along with one of their recently launched Glazers-scented jar candles.

With the COVID-19 pandemic, economic turmoil, racial unrest and a nasty election campaign all happening at once, it’s a great time to fight back against the stress by lighting a sweet-smelling candle and breathing in the aroma.

At least that appears to be one reason that, in a difficult year for many businesses, the candle making business is flaming hot.

That has been good news, in a business sense, for a pair of Chippewa Valley candle makers: Altoona-based Smith & Co. Candles and the Tangled Up in Hue gift shop in downtown Eau Claire.

“Unfortunately, but fortunately for us, it has gone very well,” Smith & Co. Candles co-owner Kenna Smith-Hoff said about conducting business during a pandemic. “People have been staying home more and they want their house to smell good. We’re lucky we had an online presence before all of this hit.”

Tangled Up in Hue co-owner Erin Klaus also has found 2020 to be a good time to make dollars from scents.

“There has been a change in everything since the pandemic, but we definitely noticed a dramatic increase in our candle sales,” Klaus said. “I think it’s because people are spending more time at home and find that it gets a bit stuffy when you are in your house so much. Our candles smell amazing and really help make your home smell fresh and cozy.”

Smith-Hoff’s mother, Michele Smith, dabbled in candle making as a hobby before starting Smith & Co. in 2005 in her hometown of Wisconsin Rapids.

“She loves candles so much,” Smith-Hoff said, noting that the local small business became somewhat of a family project. “It was kind of a passion of hers that ended up turning into a business.”

When Smith got sick last fall and was unable to continue making candles, Smith-Hoff and her husband, Doug Hoff, took the reins and moved the business to their adopted home in the Chippewa Valley, where they settled after attending UW-Eau Claire.

“We really believe in the product and wanted to keep it going,” Smith-Hoff said.

Smith & Co. now has added two employees and operates out of a warehouse and production facility in Altoona. The firm has shipped its hand-made, soy-wax candles with no added dies to every state in the U.S. plus Canada and New Zealand.

The secret to success, Smith-Hoff said, is simple: “The candles smell amazing.”

She said credit for that goes to Hoff, who she called the company’s “scent genius.”

Hoff said he enjoys the science behind concocting the scents, adding that some of his favorites come from mixing combinations that don’t sound like they’d go together.

That attitude, along with the family-owned nature of the business, shines through in his answer on the company’s Facebook page when Smith-Hoff asked him his favorite part of working for S&C: “Hmm, seeing my beautiful wife every day ... Also, I get to experiment all day long with new scents and products. Every day is something new.”

Sometimes the company even runs polls on its Facebook page to determine what scent to launch next.

While the company continues to offer several of Smith’s original scents, it recently unveiled a line of fall scents — cinnamon apple cobbler, autumn harvest and pumpkin pecan waffles (Smith-Hoff’s favorite) — and Hoff already is working on a Christmas collection.

All of the experimentation has turned the couple’s family home into a sort of fragrance test kitchen.

The bad news: That means Smith-Hoff has to burn a lot of candles.

The good news: “The house always smells good,” Smith-Hoff said with a chuckle.

Smith & Co. made a splash earlier this year when it partnered with Kwik Trip to launch candles on National Donut Day (June 5) with the aroma of the La Crosse-based convenience store chain’s signature Glazers doughnuts.

The announcement made it clear that coming up with the right smell is no accident, as it indicated the scent includes “top notes of sweetened milk, granulated sugar and pastry flour, middle notes of confectioner’s sugar and rich, creamy vanilla and bottom notes of fried dough, buttercream and sweet vanilla glaze.” Kwik Trip officials chose the scent from three finalist samples submitted by Smith & Co.

The connection with Kwik Trip was no accident, as the family has long ties with the retailer. Not only did Smith-Hoff and Hoff meet while both working at a Kwik Trip, but Smith-Hoff’s mom used to work at one and her dad has worked at an outlet for 20 years.

Smith & Co. sells some products wholesale to a few small businesses, but its sales are predominantly online.

“Our plan,” Smith-Hoff said, “is to continue to grow and share our product with as many people as we can.”

Tangled Up in Hue

Candles are just one aspect of the business at Tangled Up in Hue, albeit a growing part.

Klaus said she first tried her hand at making candles in 2011 after one of the shop’s vendors stopped making candles and agreed to sell the business and supplies to Tangled Up in Hue.

She called candles an “extremely popular item,” often purchased as an add-on gift.

The shop offers soy wax candles in nearly 30 scents, from traditional offerings such as vanilla, lilac and green pine to intriguing options such as bourbon pumpkin cake, cabin fever and witches brew. The comforting scents come from adding oils to the melted wax.

“We try to stick to a variety of natural scents,” Klaus said. “We all have favorites that we like to keep stocked but generally order scents to match the season, so they are always changing. ... We are always experimenting with new scents.”

The candles are available in the shop at 505 S. Barstow St., Suite 8, and also on its website.

For folks stressed out by all that is happening in 2020, these local scent purveyors have one piece of advice: Stop and smell the candles.

Tangled Up in Hue: tangledupinhue.com