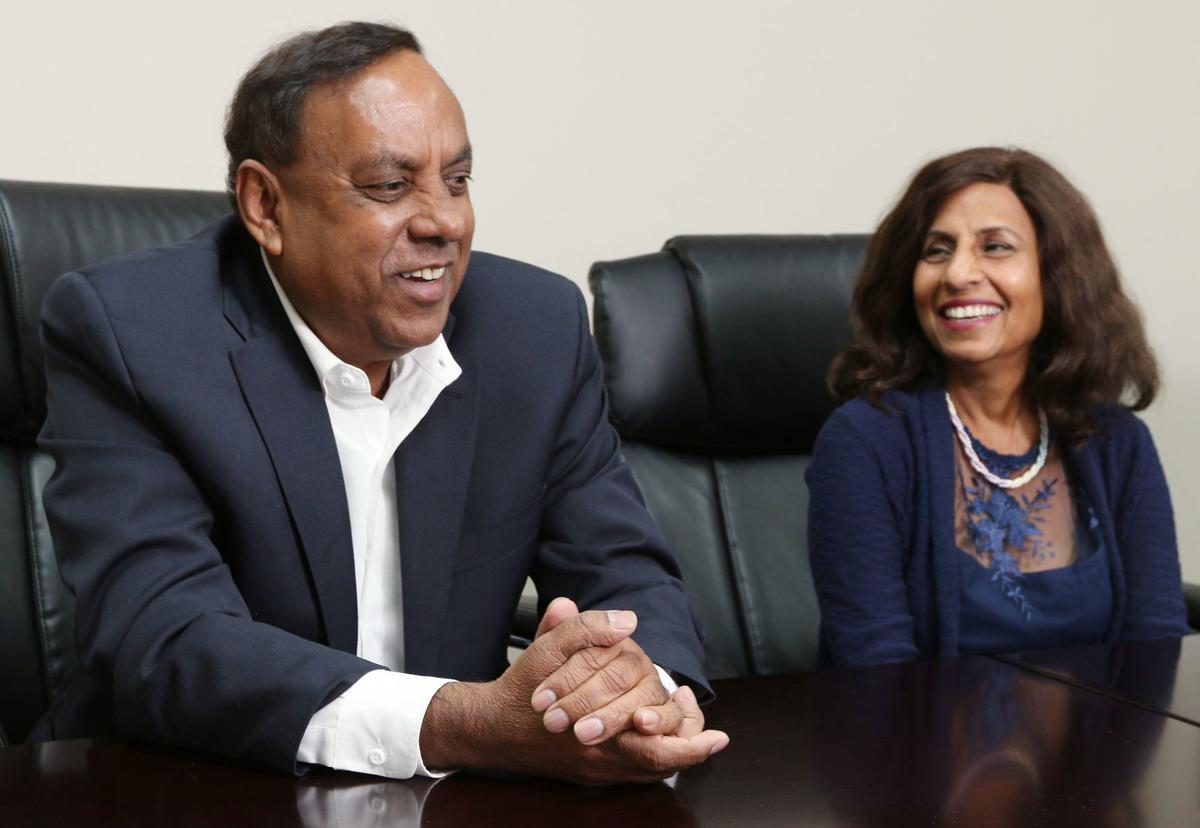 Raj and Swati Lall recall their journey as a young couple who relocated to the U.S. for education and then ended up starting a thriving business in Menomonie. 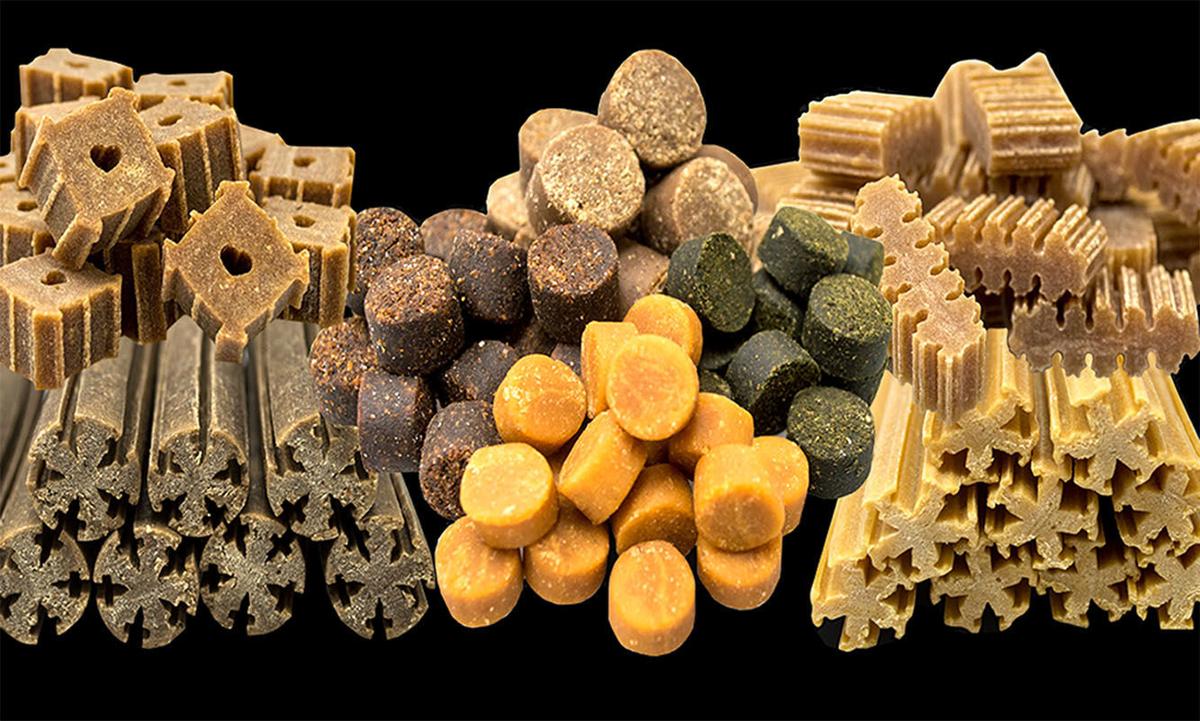 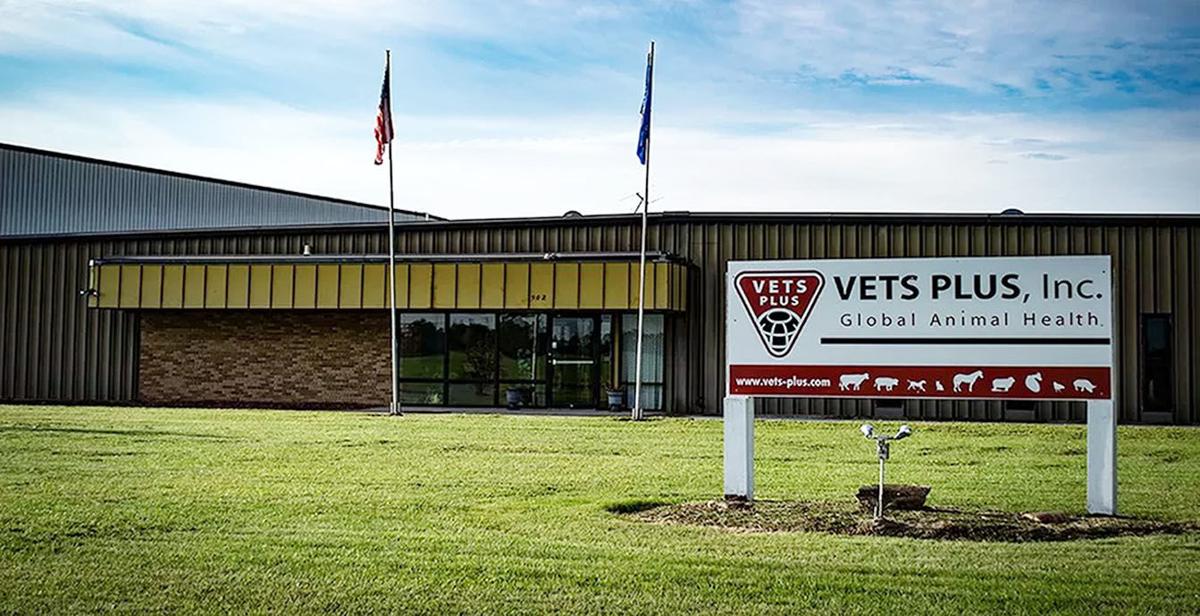 Vets Plus is headquartered in Menomonie where its corporate offices, main manufacturing building and a goods warehouse are located. The company also has additional manufacturing operations in Knapp. 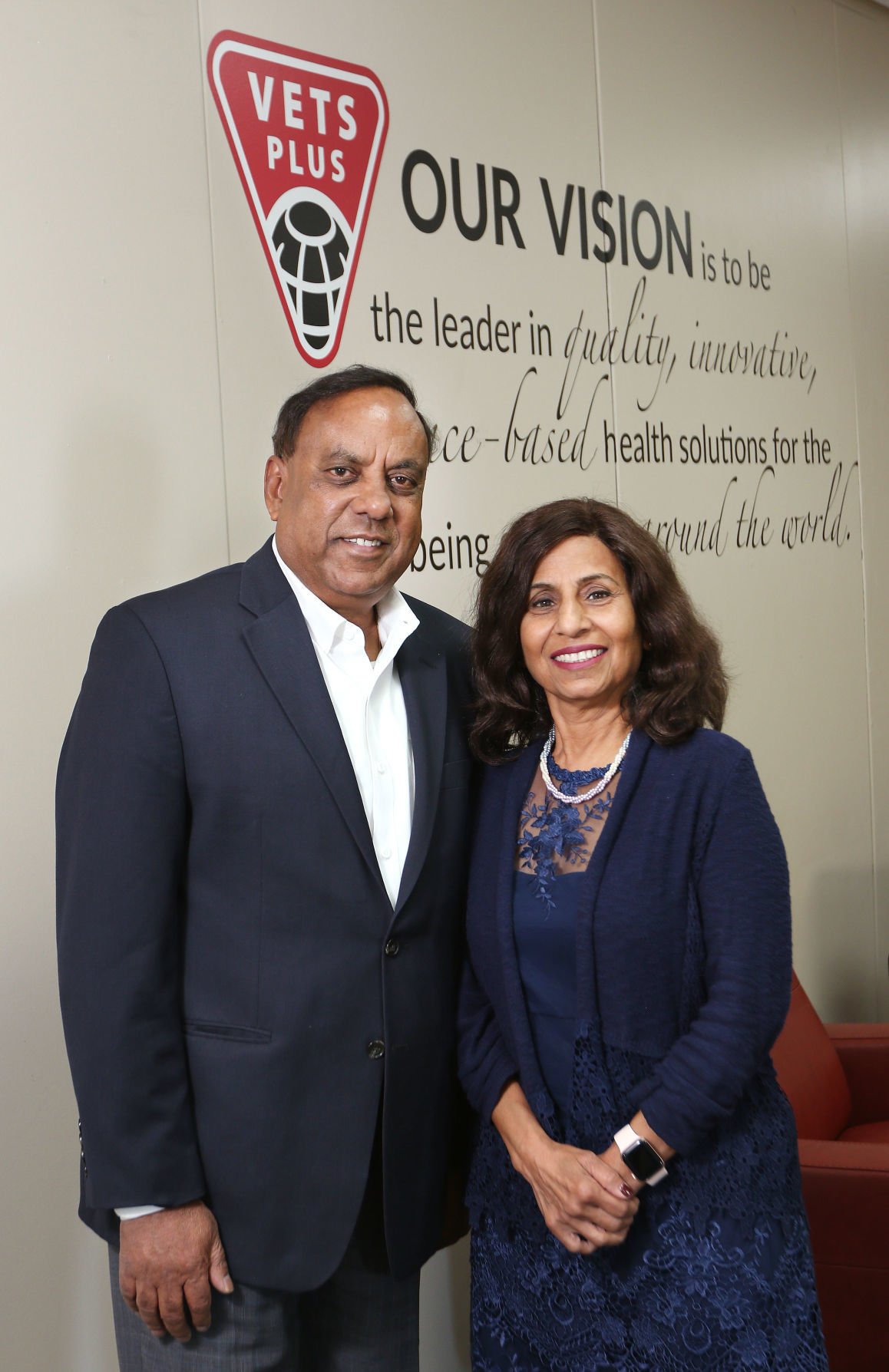 In addition to running an animal health and nutrition company, the Lalls also have donated to UW-Stout to sponsor a laboratory and bought Tanglewood Golf Course.

Raj and Swati Lall recall their journey as a young couple who relocated to the U.S. for education and then ended up starting a thriving business in Menomonie.

Vets Plus is headquartered in Menomonie where its corporate offices, main manufacturing building and a goods warehouse are located. The company also has additional manufacturing operations in Knapp.

In addition to running an animal health and nutrition company, the Lalls also have donated to UW-Stout to sponsor a laboratory and bought Tanglewood Golf Course.

Editor’s note: This article originally appeared in the spring edition of Business Leader magazine, a quarterly publication made by the Leader-Telegram. To see that issue and other special publications, go to leadertelegram.com/magazines.

MENOMONIE — Swati and Raj Lall grew up in Gujarat, India, a state in the western part of the county.

They married in 1982 and a few years later moved to the U.S. so Raj could attend a graduate program at the University of Minnesota.

The couple did not know what to expect when moving to a new continent but adjusted by keeping an open mind.

“We just went with the flow,” Swati Lall said. “When you are young, you don’t think about it.”

Raj Lall earned a master’s degree in pharmacognosy, the study of the physical, chemical and biological properties of natural drugs.

He worked in the human health sector for a few years before shifting his focus to making products for the health and nutrition of animals.

With the encouragement of two veterinarian friends, Raj Lall started Vets Plus in 1990 and was its only employee for the first few years. He drove around to Midwestern farms offering his products.

In those early years, he struggled but never questioned if he made the right choice.

“It picked up pretty well from the get-go,” Raj Lall said. “The normal challenges of business were there, but it never occurred to me that I made the wrong decision.”

Vets Plus makes and distributes health and nutrition products for livestock and pets. The vast majority of the company’s employees live and work in Menomonie, where it is headquartered.

“The community is almost like a family,” Raj Lall said. “You develop relationships, and people here care for each other.”

Raj Lall has long believed in the importance of community. The founder and CEO of Vets Plus, Inc., he and Swati Lall have lived in Menomonie, where they raised two sons, for the past three decades.

Vets Plus has more than 150 employees working in several locations around the state.

A $2.5 million project in October 2019 expanded one of its Menomonie locations and renovated another site to focus on pharmaceutical manufacturing under the name Noble Pharma, a branch of Vets Plus. In December 2018, Vets Plus bought Merrick’s Animal Health, which produces nutritional items for livestock.

“It has continued to surprise me how big the market is and how much opportunity is out there,” Raj Lall said.

Unlike many companies in the animal nutrition industry, Vets Plus has most products under one roof. It manufactures and provides tablets, capsules, liquids, powders and gels for animals. The company’s early customers were small farms, and now it mainly deals with large pharmaceutical companies, retailers like Tractor Supply and distributors that sell to veterinarians or feed stores.

Lall said the most rewarding aspect involves developing products that help animals, along with creating stable jobs for local individuals and families. He attributed a large part of the business’ success to its quality employees.

“It was just a matter of hiring the right people and giving them the autonomy to do their job,” Raj Lall said.

About 90% of employees work in Menomonie, and the company aims to hire local workers as often as possible. To help morale, Vets Plus has potlucks, a summer picnic and a holiday Christmas party for employees.

Lall expanded his horizons a few years ago by purchasing Tanglewood Golf Course. He likes to golf but did not have similar business experience before and said the acquisition presented a learning curve.

Most of his days are occupied by running Vets Plus, a role he enjoys and plans to continue for many years.

The Lalls value education, which is why they became involved at UW-Stout in a variety of capacities.

“We believe a strong foundation for community and society is having good education,” Raj Lall said. “It’s not everything, but it does go a long way.”

Bob Meyer met the Lalls shortly after he became UW-Stout’s chancellor in August 2014. He found the couple to be humble, sociable and generous. Indeed, both Raj and Swati Lall laugh easily and are quick to smile.

With UW-Stout facing budget challenges in 2015, Meyer felt concerned about employee morale. Thinking of potential solutions over a beer, Meyer mentioned to Raj Lall that a social hour could help build camaraderie among faculty and staff.

Lall replied that he liked the idea and would help sponsor it. The first iteration went well, and the university usually hosts a few social events per year for employees. Meyer called it a “great morale-building activity” that wouldn’t exist without Lall’s support.

Lall said it was not a difficult choice to support it.

“That was an easy decision for us to invest in, because we want to make sure the university does well and because it’s a big pillar of the community,” Raj Lall said.

Shortly after their introductions, Vets Plus and UW-Stout began working on different partnerships. The most notable of those projects involved the Lalls donating money to update and maintain a lab in the Jarvis Hall Science Wing. The Rajiv and Swati Lall Microbiology Laboratory was established in 2015 and provides space for students pursuing degrees in topics like chemistry and microbiology.

An informal partnership exists between the lab and Vets Plus. The company often hires UW-Stout alumni, and students can work on research in the lab bearing the Lalls’ names.

Vets Plus also started a conference at UW-Stout that brings researchers from across the world to Menomonie. The inaugural International Conference on Animal Health Nutraceuticals happened last July and it is scheduled to repeat annually.

Meyer called it a “great symbiotic relationship” between the university and company.

Meyer never met James Huff Stout, a businessman who founded the university in 1891 and died in 1910. However, through interactions with people like the Lalls, Meyer understands Stout’s spirit.

“I’m really kind of meeting him through these other people that are in his image (and) helping this university move forward,” Meyer said.

After more than three decades in the area, the Lalls’ long-term plan involves staying in Menomonie, a community of which they have become an integral part.

“This is home,” Swati Lall said.