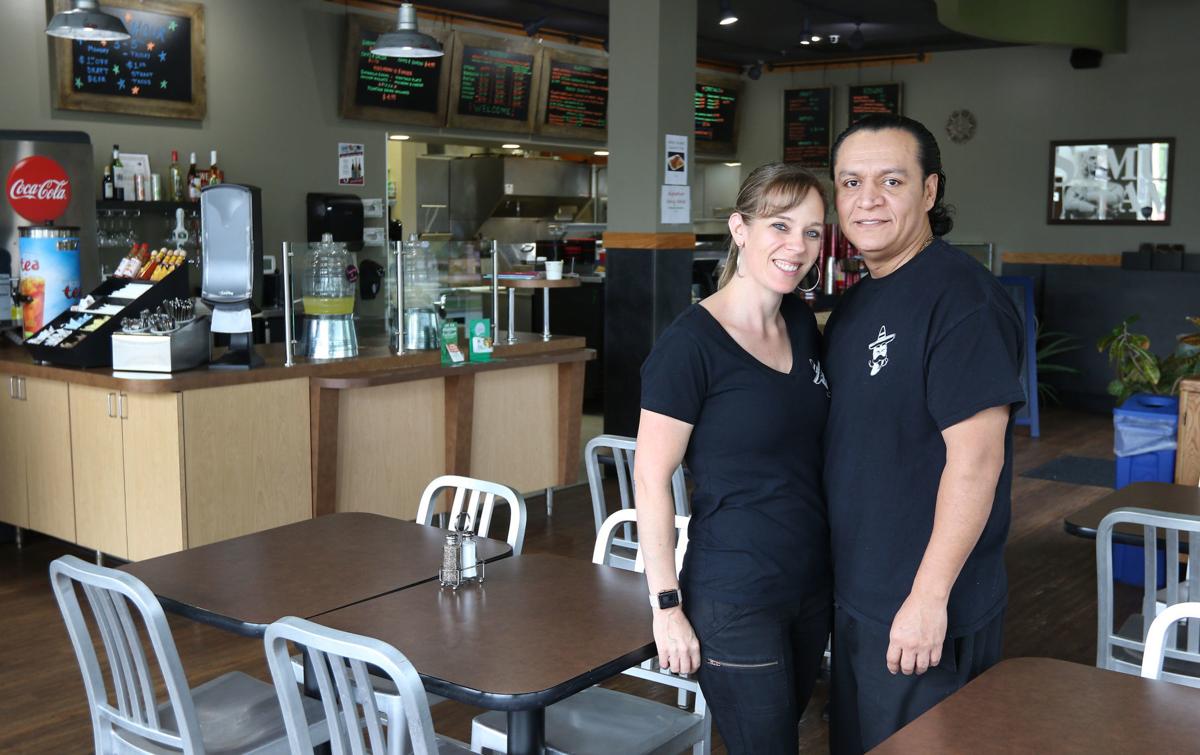 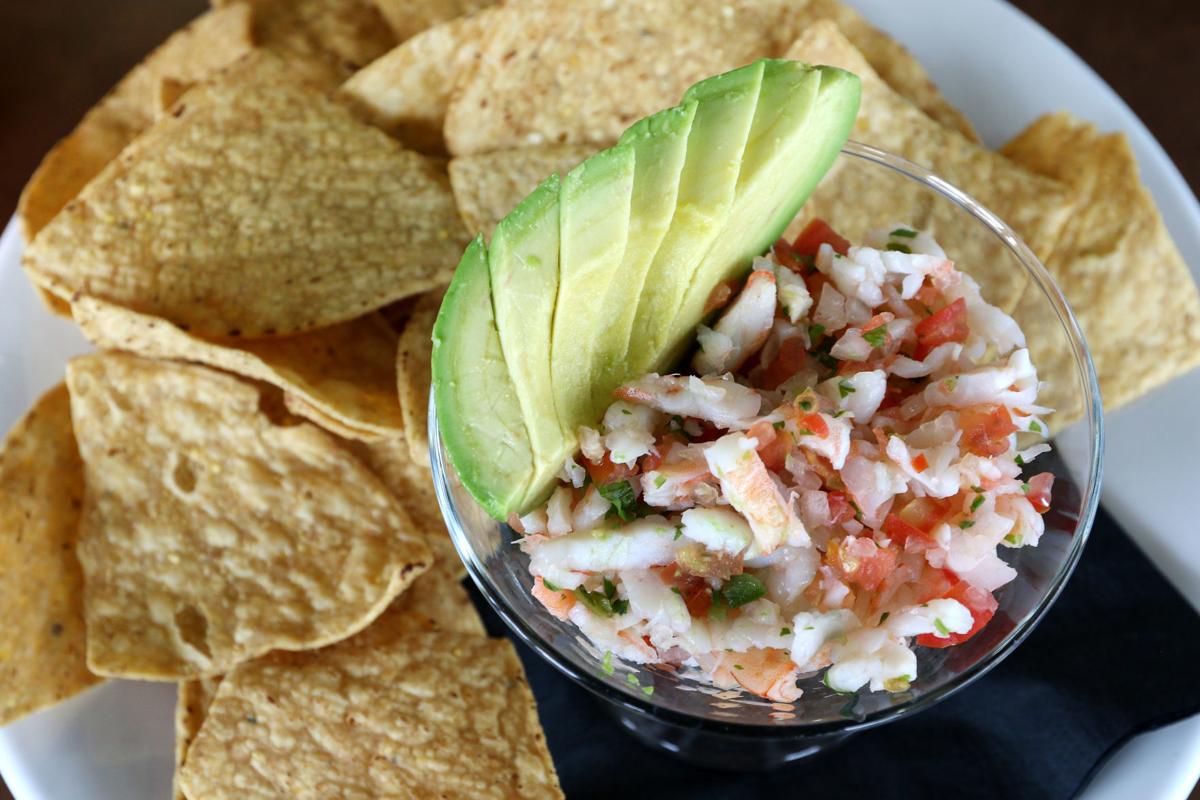 Ceviche is among the dishes served at Silly Serrano. 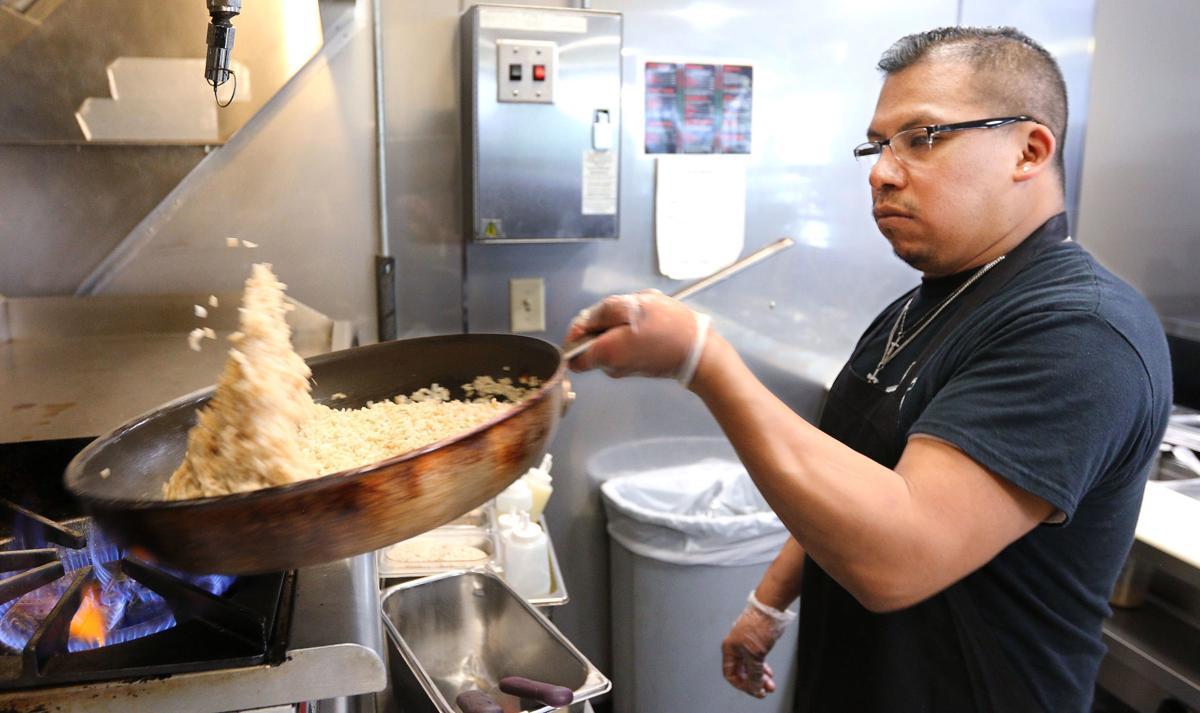 Antonio Ramirez makes fried rice on May 23 at Silly Serrano. 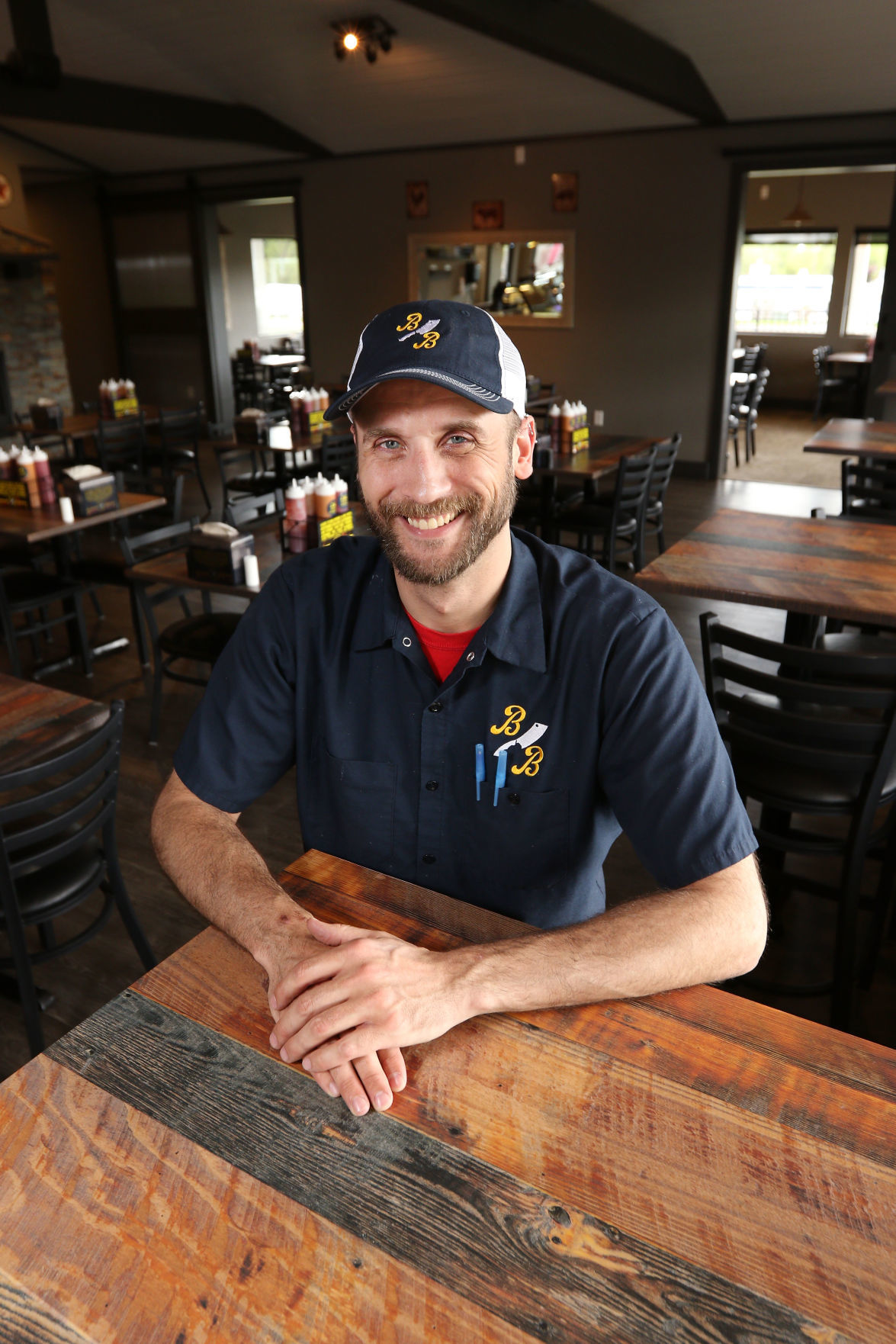 Anthony Matson is co-general manager of Butcher’s Block Barbecue. The fast-casual restaurant smokes its own meat and makes all of its sauces in house. 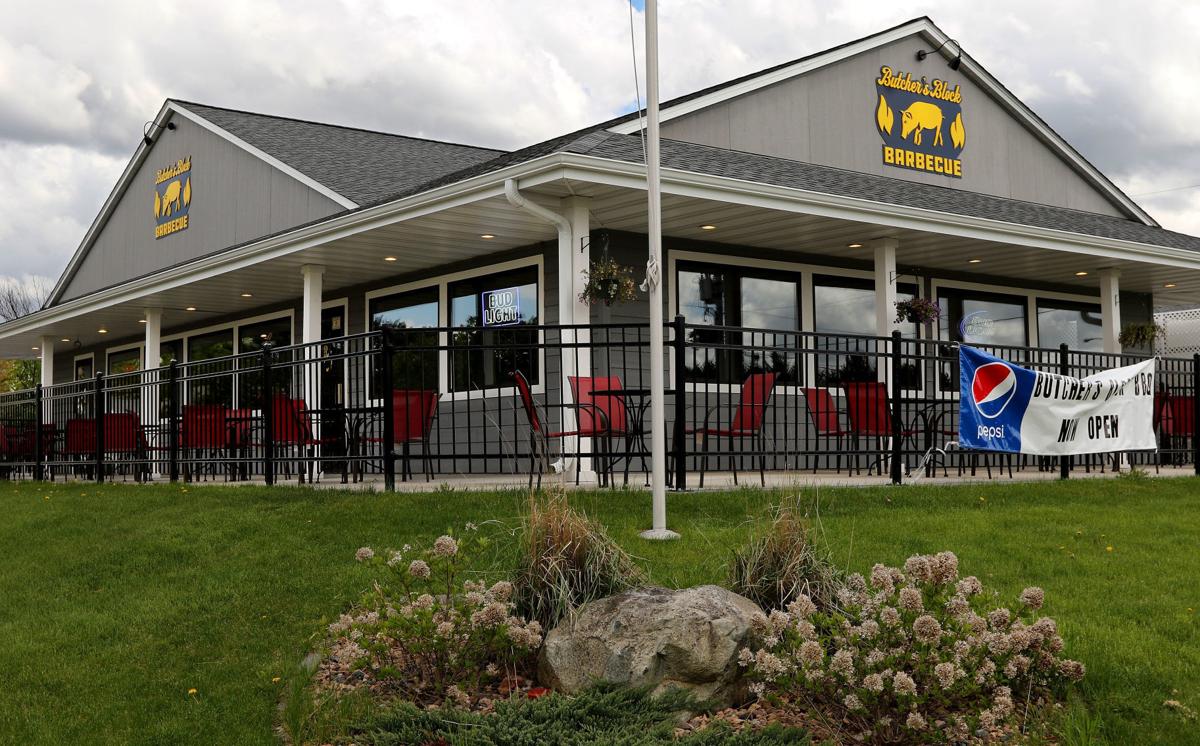 Ceviche is among the dishes served at Silly Serrano.

Antonio Ramirez makes fried rice on May 23 at Silly Serrano.

Anthony Matson is co-general manager of Butcher’s Block Barbecue. The fast-casual restaurant smokes its own meat and makes all of its sauces in house.

Editor’s Note: This story originally appeared in the summer edition of Business Leader, a quarterly magazine produced by the Leader-Telegram. To view that issue and other special publications, go online to leadertelegram.com/magazines.

Despite the extreme competitiveness of the market and finicky nature of diners, a number of entrepreneurs have taken the plunge in recent months to open new restaurants in the Chippewa Valley.

The surge in new restaurants appears to be following the trend toward customers calling for local flair, both in terms of ownership and the food itself, said David Minor, president of the Eau Claire Area Chamber of Commerce.

“They’re building on what is traditionally the Wisconsin supper club theme. They’re offering something that’s not cookie cutter, that you can’t get everywhere,” Minor said of the area’s fresh crop of restaurateurs.

New restaurants that have opened in Eau Claire and Altoona since fall include: Silly Serrano’s, Butcher’s Block Barbecue, Wisco’s, 44 North and Akame Sushi.

The movement toward unique, locally owned eateries feeds into the desire of many Chippewa Valley residents to bring out-of-town guests to restaurants offering food and atmosphere they can’t find wherever they’re from, Minor said.

Such offerings, in turn, help to sell the community as an attractive place to live and thus help the region grow, he said.

Despite the fondness many folks have for going out for dinner and the importance to the community of a healthy selection of restaurants, the industry presents countless challenges to those willing to join the menu of consumer options.

“I think our biggest challenge right now is staffing,” Palzkill said. “It’s hard work, especially in the back of the house, and there are only so many people to go around.”

The law of supply and demand has wages on the rise, which has the potential to attract workers.

“The minimum wage is not even a topic of discussion right now,” said Palzkill, whose two local restaurants employ 55 workers. “People willing to work are getting good pay.”

Eau Claire’s mix of urban professionals and visitors from surrounding rural areas makes it a tricky market to navigate for restaurant operators, she added.

Though the industry is getting tougher all the time, Palzkill said she believes there will always be people willing to take on those challenges because they have a passion for the restaurant business.

“Thankfully, for those of us who like to go out to eat, those people are out there,” she said. “We love being able to bring joy in the form of food to our customers.”

Za51, which Palzkill called Draganetti’s “sassy little sister,” keeps up with the trends by using locally sourced, fresh ingredients as much as possible, including using some meat from Rump’s Butcher Shoppe in Altoona and microgreens from a supplier who grows them in the area.

Minor attributed some of the recent restaurant growth to the area’s burgeoning creative economy, saying the local food scene goes hand in hand with the thriving arts and music scenes that have garnered so much attention for the Chippewa Valley.

“Creative and dynamic people look at things a little differently,” he said. “They see food as art.”

Following is a sampler platter of new restaurants in the region:

The Mexican restaurant is owned by Sheila and Juan Arredondo, who have worked most of their lives in the industry, with him cooking and her working out front.

While Juan is from Mexico, Sheila grew up in the Chippewa Valley, which led the couple back to the area last fall. Mexican food was a natural choice, considering Juan’s passion for the cuisine and expertise at cooking it, for their foray into restaurant ownership.

“It’s kind of like his secret ingredient, and the silly just fits his personality as a fun-loving guy,” Sheila said.

The quick-service restaurant offers authentic Mexican street tacos as well as more American-style Mexican food, using as many local ingredients as possible and making all of its sauces in house, she said.

The Arredondos get free-range chicken eggs for breakfast offerings from Sheila’s sister and plan to have Juan’s sister grow chiles for them. Some days Juan’s mother whips up homemade tamales and tortillas in the kitchen.

Specialties include mole dishes (with chocolate in the sauce) and barbacoa beef. Silly Serrano’s breakfast options have been popular with folks attending the downtown farmers market across the street.

“We smoke everything on site,” said co-general manager Anthony Matson. “What we want to do is give people traditional barbecue but in a fast-casual type atmosphere. We want to bring the food to your table in less than 10 minutes.”

Matson said a key motivation behind the quick service is to appeal to all of the west side workers the restaurant hopes to attract for lunches.

But don’t confuse fast service with fast cooking. The restaurant, which Matson said is becoming known for its brisket and burnt ends, smokes its meats for eight to 18 hours and makes its own sauces.

“I think Eau Claire is looking for that local flair, that local flavor,” Matson said, noting the restaurant is not part of a chain and gets some of its meat from Mike’s Star Market in Eau Claire.

Matson said the operators hope to fill what they believed was a need for restaurants on Eau Claire’s growing west side.

As for serving barbecue in a location once occupied by Mike’s, an iconic local barbecue joint, Matson acknowledged it’s a high bar to try to meet and said Butcher’s Block isn’t trying to re-create the same recipes.

“Mike did some amazing things. If we can give people a little bit of a memory of some of the things Mike did, that’s a win for us,” Matson said, noting that the operators also are open to tweaking recipes based on customer feedback.

Matson maintained that he believes there is enough demand to support multiple barbecue restaurants in Eau Claire, adding, “I think there’s enough love to go around in this city.”

Owner Dave Burg had the wall between the bar and restaurant removed as part of a significant renovation of the building.

“We spent a lot of time breathing a little fresh air into it,” Burg said.

As its name suggests, Wisco’s is about everything Wisconsin.

“The food, the decorations, the beer, the sports — it all kind of plays into Wisconsin,” he said.

The restaurant, which originally was going to be called Sconnie’s before a potential marketing issue led to a change in plans, also smokes a lot of its own meats.

It also is owned by Burg, whose Madison-based King Pin Management runs several restaurants in the Chippewa Valley.

44 North is really two restaurants in one — designed in a way that Burg said could get people through a whole dating cycle.

On the main level is a sports bar serving traditional bar food and offering a host of games with the potential to entertain whole families or get people through a first date when they may want to just have fun and get to know each other without feeling compelled to engage in too much deep conversation, Burg said. It has a modern industrial design.

Upstairs is the rustic industrial-style gastropub, where couples could share an intimate dinner or groups can gather for a night out. It features a full dinner menu with cuisine sorted by regions, such as Southwest, Midwest, West Coast, East Coast and South.

“It’s a unique concept for sure,” Burg said. “We wanted to do something not everyone else is doing.”

For customers who prefer to eat or drink outside, the building includes three fire pits and three patios, including six heaters, with views of the river and within earshot of the summer music series at nearby River Prairie Park.

“In Wisconsin we only have so many months in the year to be outside and warm, and we want to maximize that as long as we can,” Burg said.

The restaurant offers more than 100 varieties of sushi and a selection of Japanese cuisine, including teriyaki, teppanyaki and hibachi items.

In a twist on the typical Asian buffet concept, Akame Sushi features all-you-can-eat deals that are made to order, said manager Vicky Hong.

Like many local consumers, Minor, the chamber president, is thankful that restaurateurs keep serving up new options for residents and visitors.

“I love to cook,” Minor said, “but it’s still nice to have somebody else do it sometimes.”