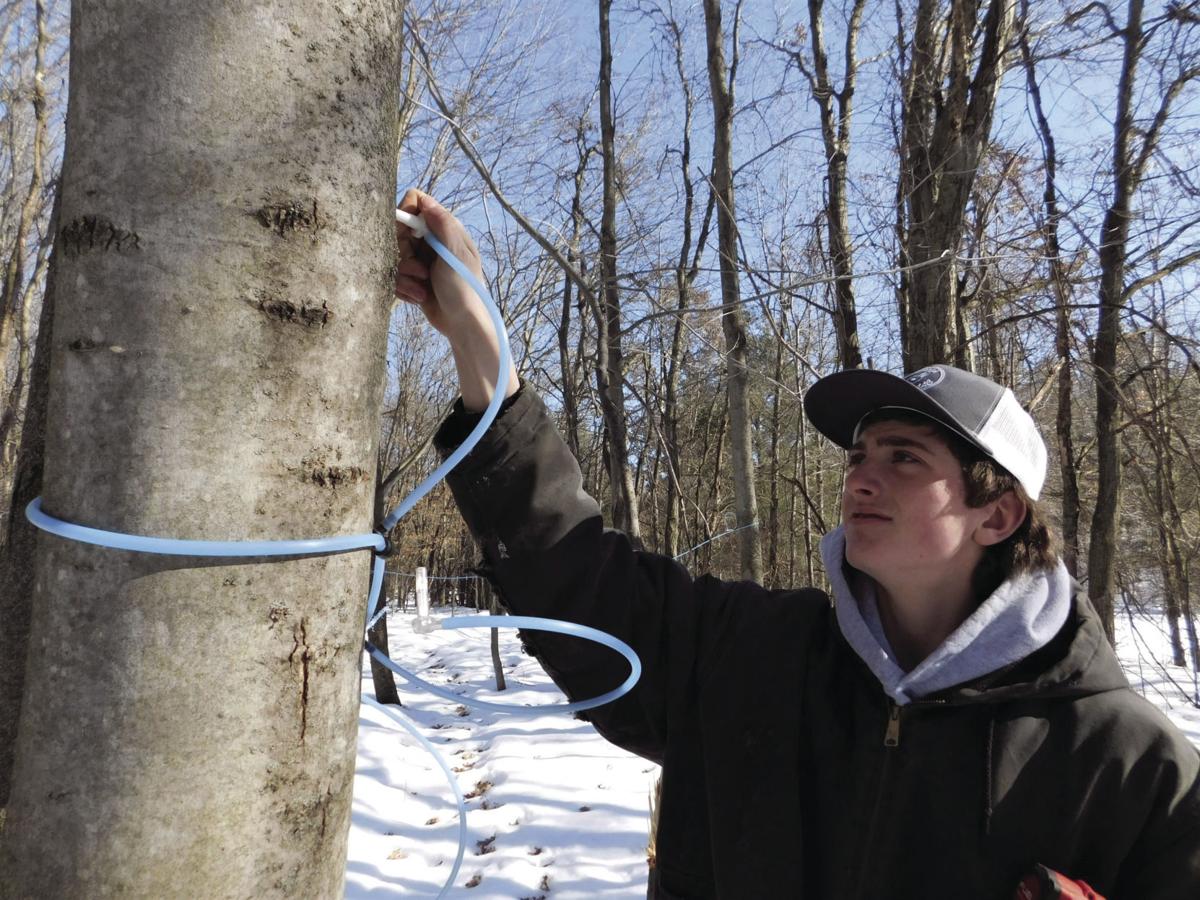 Will Wanish checks a tap line on a maple tree. 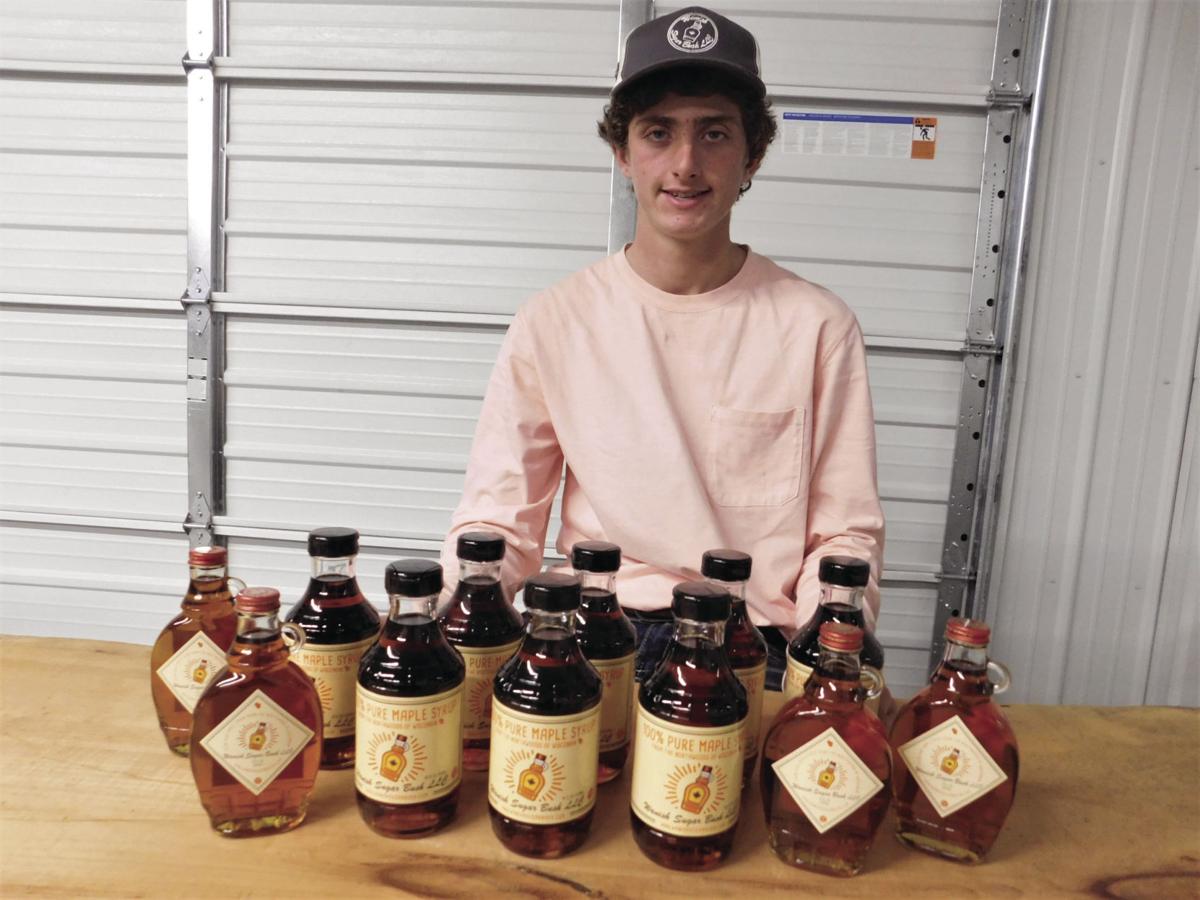 Will Wanish, 16, of Colfax follows in his family’s footsteps by tapping maple trees and making syrup under the Wanish Sugar Bush name.

Will Wanish checks a tap line on a maple tree.

Will Wanish, 16, of Colfax follows in his family’s footsteps by tapping maple trees and making syrup under the Wanish Sugar Bush name.

COLFAX — A young Dunn County entrepreneur has tapped into his desired career field and is taking his future into his own hands.

Colfax High School student Will Wanish, 16, has a mind set on success and a body dedicated to harvesting and distributing 100% pure maple syrup.

Wanish established his company Wanish Sugar Bush in 2019, following in the footsteps of his uncle who has been tapping trees for 20 years. Wanish Sugar Bush now produces pure made maple syrup and cinnamon syrup and distributes it through dozens of stores throughout Dunn and Chippewa counties, as well as directly through its website, wanishsugarbush.com.

“My uncle and cousin have been doing it for years, so it has been in the family and I got involved and stuck with it,” Wanish said. “Continuing with this business after high school is my plan. It’s going well so far, so I want to become more known and have it become as big as possible.”

Wanish gained experience working with his uncle, but he decided last year to tap his family’s trees so he could work from home instead of traveling. He built a shed at his family’s house and took out a microloan to buy his own equipment.

“When Will decides to do something he decides to do it and puts all of his efforts towards his goal. What started out as a small hobby during the spring has now blossomed into a full-fledged operation. We are excited for this adventure and look forward to many successful seasons making 100% pure maple syrup and associated products,” they said.

Producing hundreds of gallons of syrup isn’t the only thing Wanish fills his time outside of school with either. In his free time he finds time to show pigs at multiple fairs and work on a neighbor’s farm, thus strengthening his work effort and commitment to his craft.

Although he has a stable operation and owns his own business, Will said he still wants to improve on his wood management and stay as up-to-date on the technology in his field as possible to keep his business on the cutting edge.

For those who think being a business owner at 16 sounds impossible, Wanish said the key to achieving success is to start as young as possible and put the work in so you can reap the benefits later.

“People will tell you that you work too much, but you need to start young, so hopefully when you’re older you can have what you want and be able to do what you want when you want to do it.” he said.