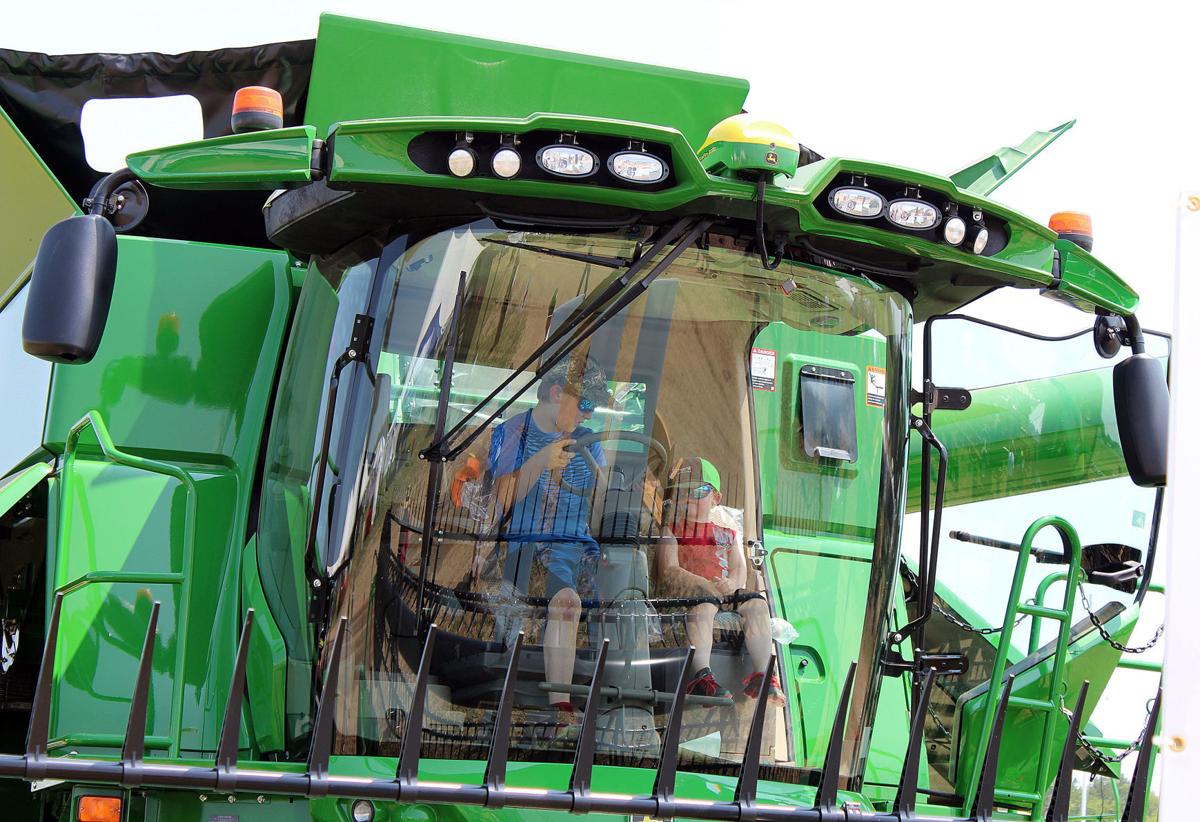 Two brothers hopped inside a large combine while their mother tried to get them to look for a photo last week at Wisconsin Farm Technology Days in Jefferson County. 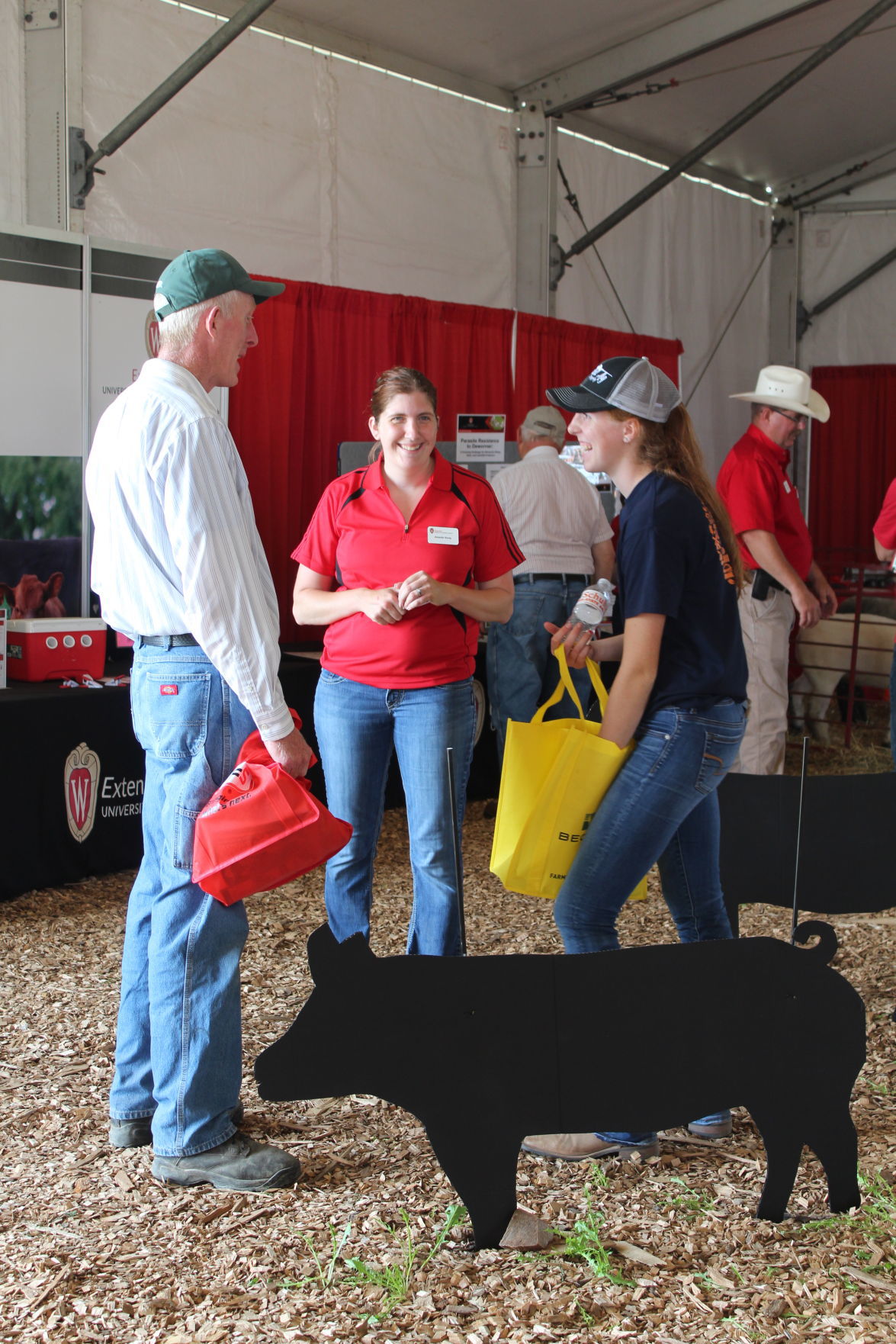 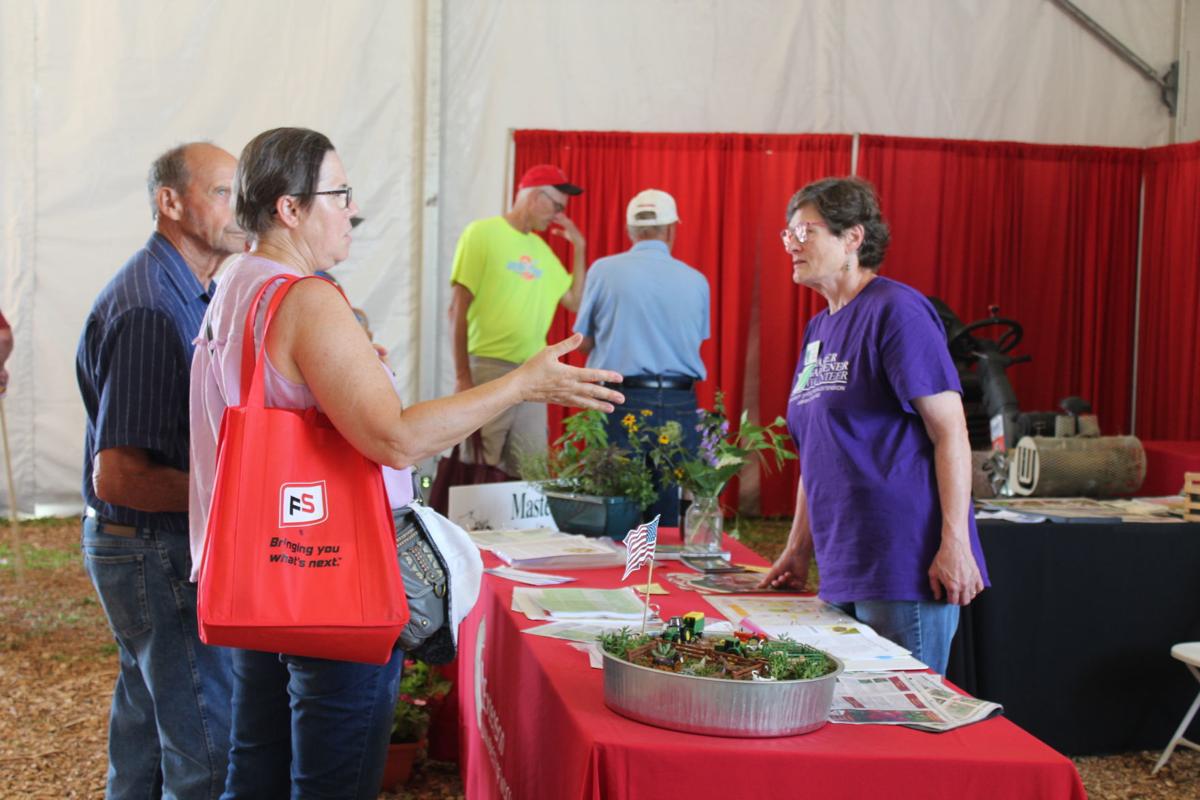 A popular stop in the UW Extension Education Station building was the Master Gardeners station, where visitors to the show could learn about plants and pest management practices. 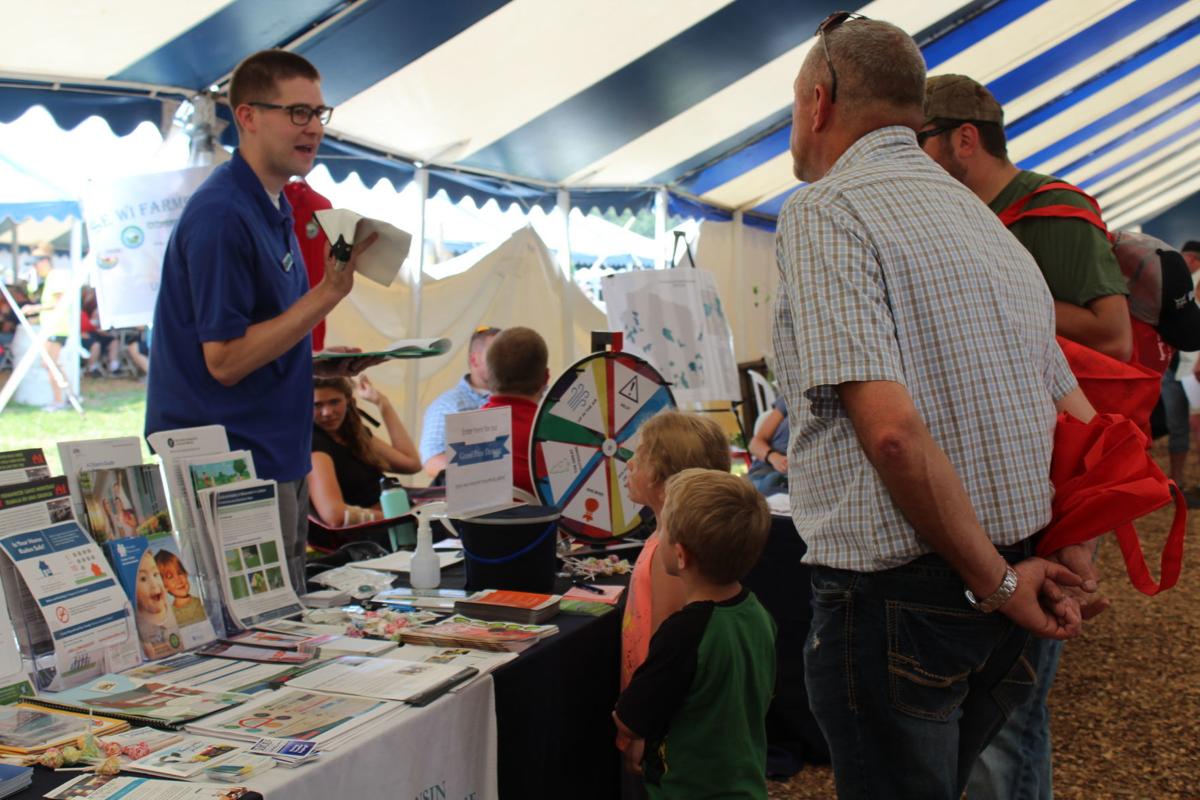 Attendees of all ages were certain to learn something new at Farm Technology Days as over 600 exhibitors shared information over the three-day stretch.

Two brothers hopped inside a large combine while their mother tried to get them to look for a photo last week at Wisconsin Farm Technology Days in Jefferson County.

A popular stop in the UW Extension Education Station building was the Master Gardeners station, where visitors to the show could learn about plants and pest management practices.

Attendees of all ages were certain to learn something new at Farm Technology Days as over 600 exhibitors shared information over the three-day stretch.

JOHNSON CREEK — Agriculture was front and center at Jefferson County Farm Technology Days on Walter Grain Farms last week, with farmers and the farming profession on the minds of those visiting numerous exhibitors and vendors. Conversations among attendees and those participating in Wisconsin’s largest outdoor celebration of agriculture proved the interest and attentiveness to the agriculture industry, with several exhibitors sharing the discussions that took place in their booths and areas over the course of the three-day event.

Wisconsin Farm Bureau Federation president Jim Holte could be found underneath the Rural Mutual Insurance and Farm Bureau tent, describing several conversations he had while mingling with attendees of Farm Technology Days.

On the larger, federal side of things, Holte said many visitors had questions about when farmers will see relief in commodity prices, trade, a need for labor and the possibility of immigration as a possible solution. On the state and more local side, Holte said many asked about how they can help their neighbors during challenging times in the agriculture industry.

“There has been a lot of stress in farming these days,” he said. “People are wondering how they can help their neighbors and friends.”

Farm Bureau, along with other ag industry organizations, recently launched a Farm Neighbors Care campaign, which encourages people to embrace a sense of community and check in our their farming neighbors during turbulent economic times. Although the campaign just launched, it is already receiving positive feedback from farmers and community members alike.

“The campaign is showing just how big of an issue it is for farmers,” said Sarah Hetke, director of communications for Wisconsin Farm Bureau Federation. “It’s a common issue and something we can all come together for.”

Water and water quality is another topic commonly discussed among those Holte visited with; it’s especially front and center this year as Gov. Tony Evers announced 2019 as the “Year of Clean Drinking Water” in Wisconsin. Farmers have a particular interest in protecting water for their livestock and for their lands, improving the quality and doing a better job than they did yesterday in caring for this resource.

Jim Versweyveld, an agriculture educator in Walworth County, welcomed visitors to the Extension building and pointed them in the right direction if they had specific questions. Popular areas included the Master Gardeners station, where gardeners shared information about a variety of topics, a soil sampling station located near the back of the building and of course, the live animals, particularly a goat that children and adults could milk if they wanted to give it a try.

“Whenever you have a live animal, it always draw the kids in — and even some adults too,” Versweyveld said.

Curious attendees had the opportunity to learn about the anatomy of an udder, different types of feed for dairy cattle, injection site protocols for livestock and more.

He added that many who stopped by his station were non-farmers or retired farmers who may have not always had time to stop by Farm Technology Days in the past when they were actively farming.

“There have been really good conversations happening with sheep owners and those who are curious about sheep too,” said Amanda Young, an agriculture educator in Dodge County.

Because Jefferson County is known for its Sheep and Wool Festival held each September, it was important for Extension to have a sheep presence at this year’s event. Along with general questions about sheep, Young also answered questions about parasite resistance to dewormers in small ruminants, quality assurance and injection site protocols, using cardboard cut outs of three different animals to demonstrate proper procedure.

Farm stress was also a topic inside the Extension building as Jamie Pfaff of Jackson County and Katilyn Lance of La Crosse County educated visitors on how they can spot the signs and help farmers in their communities that could be struggling.

“Between yesterday and today, there have been quite a few people with concerns about stress,” Lance said. “We’ve been providing them with resources and encouraging them to participate in an interactive activity. We also have a new website that recently launched on farm stress.”

“The conversations have been encouraging,” Pfaff said. “We’re getting the information out there and opening up that dialogue.”

Over in the Rural Event Center, Brian Kuhl spent three days educating the farming and non-farming public about agriculture safety, particularly targeting children through the Progressive Agriculture Foundation and their Safety Day, held in a handful of states across the U.S., including Wisconsin.

“It’s been interesting,” he said. “A number of parents have stopped by wanting their kids to see these demos. Sometimes it can be hard for parents to describe the dangers on the farm so having a visual helps reinforce some of these dangers.”

Hands-on demos inside Kuhl’s booth included those with a focus on power take-off, grain and ATV safety. Kuhl said many of the people who stopped by were actively farming, but non-farming attendees could also take away safety tips.

“When they visit a farm, they can now identify these safety things — they really come to light,” he said. “And with more utility tractors and other equipment bringing aspects of the farm inside urban and suburban settings, we are able to educate and get some of those aspects of safety to them.”