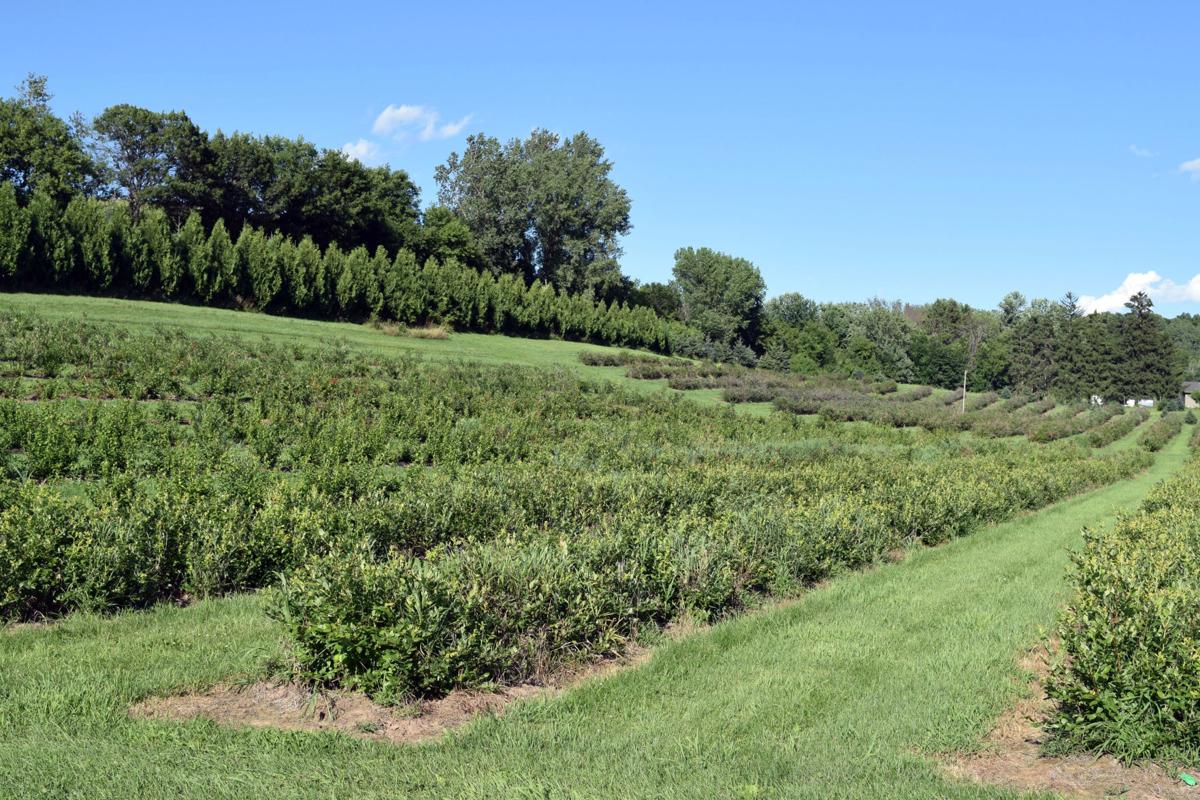 Visitors to Blueberry Ridge Orchard each weekend clear the plants of berries. By the time the next weekend rolls around, plenty more blueberries will be ripe and ready for picking. 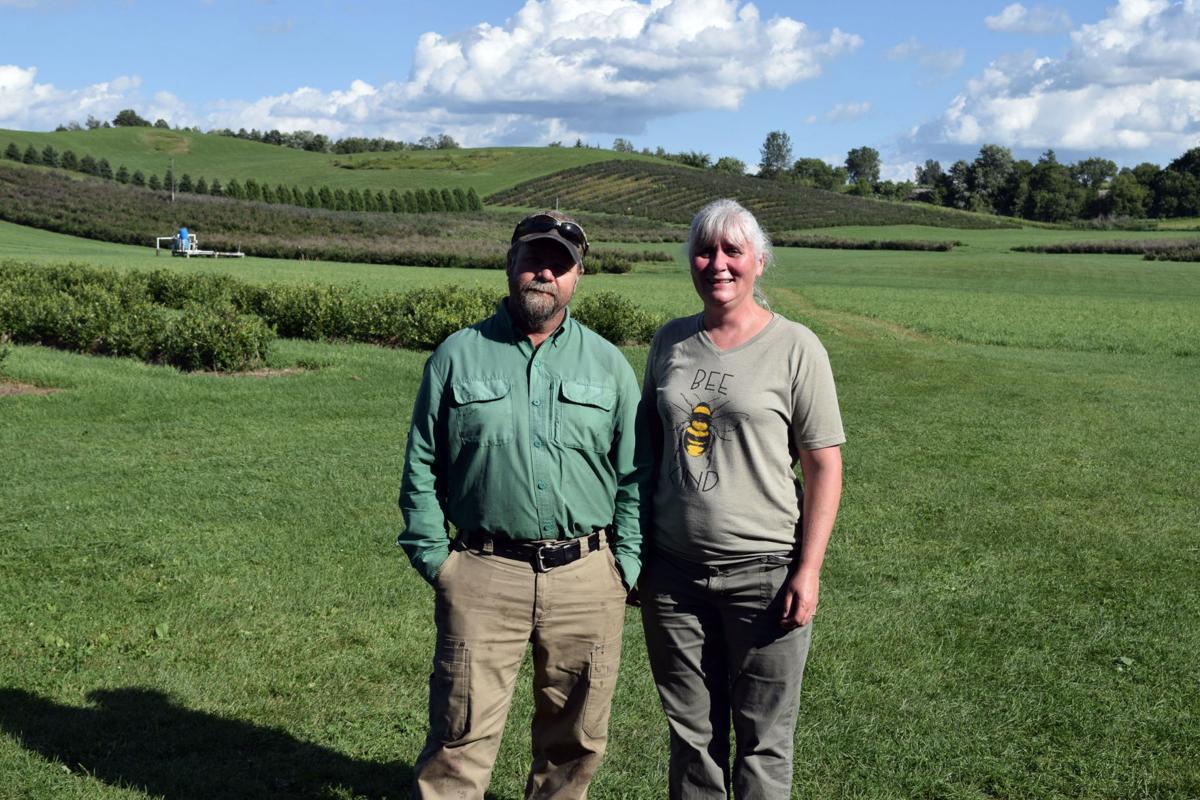 Mark and Andrea Nyseth own Blueberry Ridge Orchard, which is currently open Friday through Sunday for U-pick blueberries. 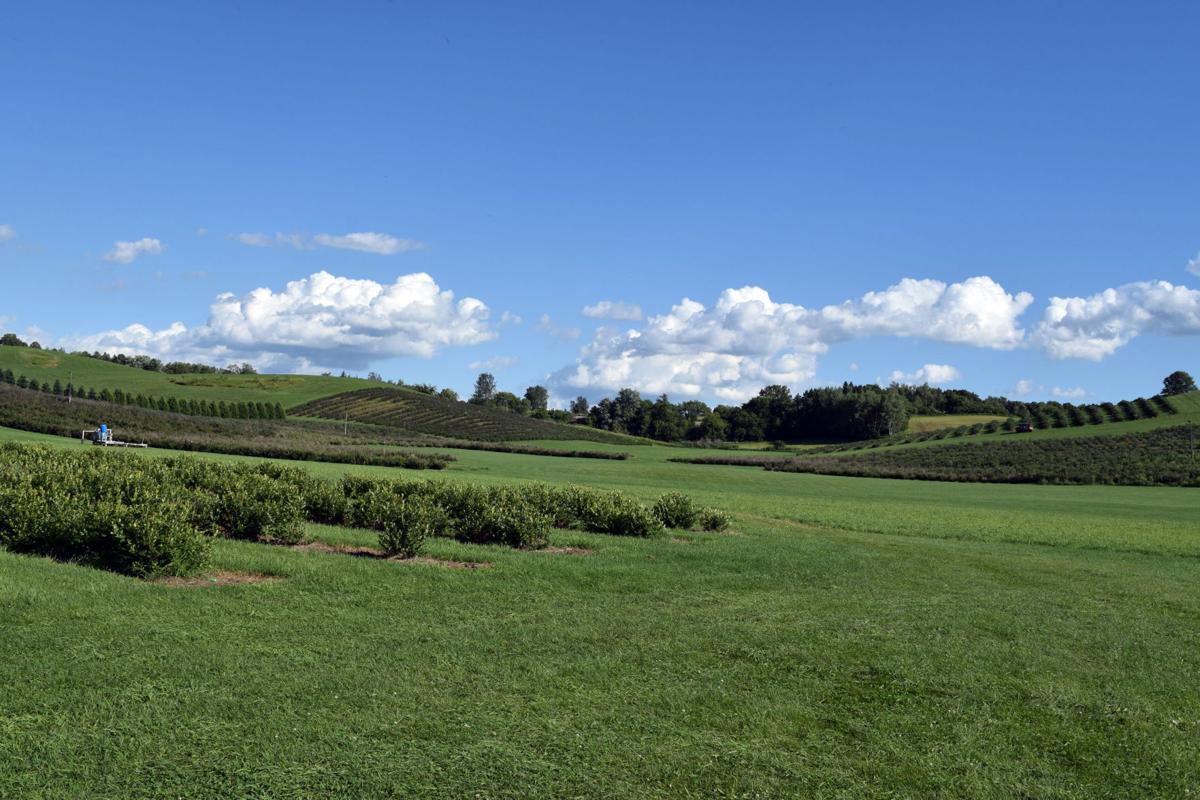 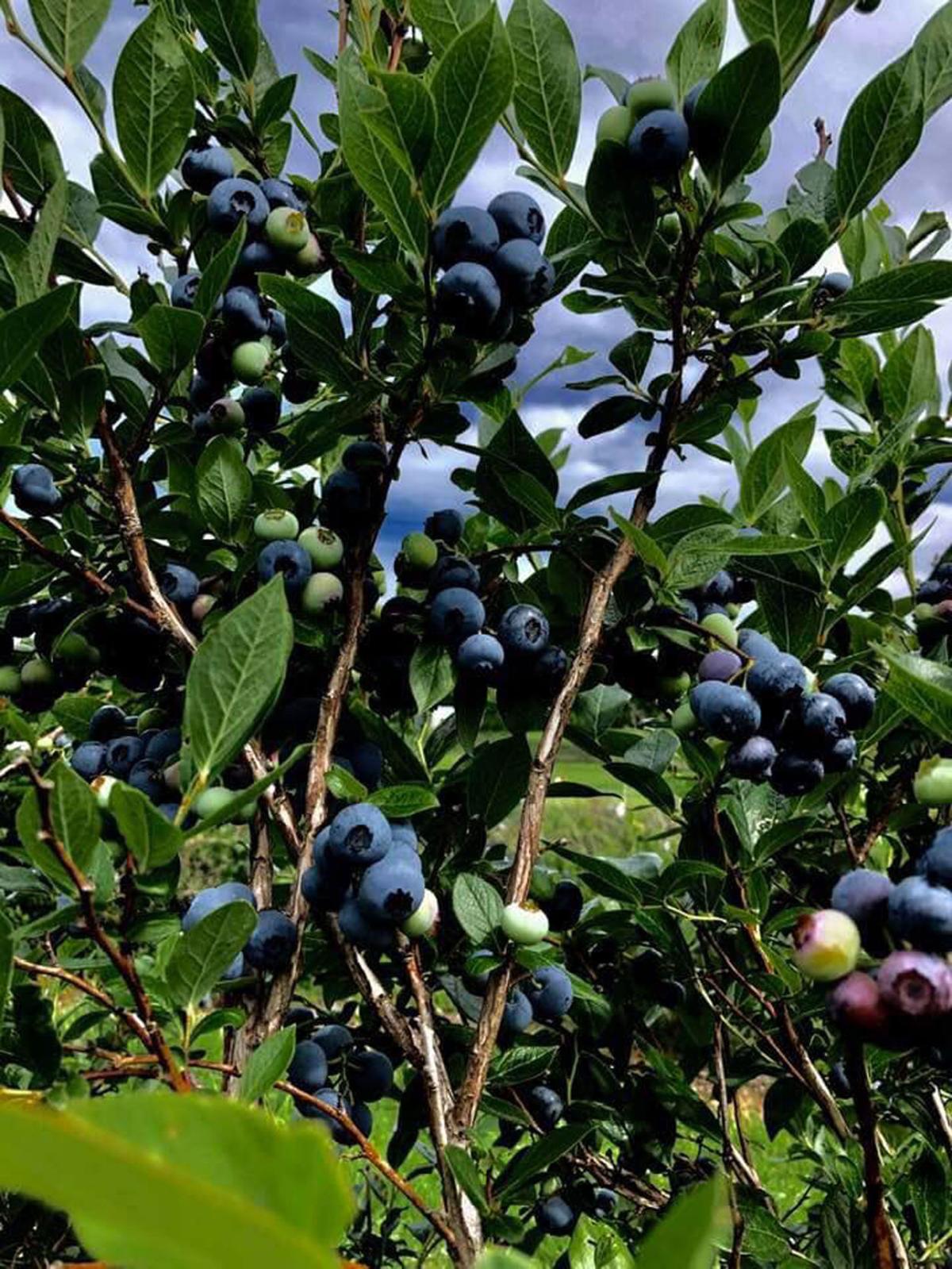 Blueberries ripen on a plant at Blueberry Ridge Orchard.

Visitors to Blueberry Ridge Orchard each weekend clear the plants of berries. By the time the next weekend rolls around, plenty more blueberries will be ripe and ready for picking.

Mark and Andrea Nyseth own Blueberry Ridge Orchard, which is currently open Friday through Sunday for U-pick blueberries.

Blueberries ripen on a plant at Blueberry Ridge Orchard.

ELEVA — Bits of blue may generally be seen speckled around 20 acres of land on a southern Eau Claire County orchard in July and August — unless perhaps you happen to stop by to take a peek on a Monday.

With Blueberry Ridge Orchard’s U-pick season in full swing as of July 18, odds are fairly good that most of the mature blueberries hanging on the plants will have been picked off by Sunday’s end. Luckily, in the intervening days from close on Sunday to reopening on Friday, new fruit will ripen alongside any ready berries that were missed in time to satisfy the next round of blueberry enthusiasts who visit the property.

Thousands of blueberry plants didn’t always dot this section of landscape, owned by Mark and Andrea Nyseth, just north of Eleva, though.

The farm, which totals 80 acres, has been in Andrea’s family for decades, first home to her grandparents’ dairy operation and then her father’s beef cattle. But, Andrea said, while she has found many things to love about the orchard since they bought the property, she had been led to the business side of the world and she didn’t initially expect to be farming on the family’s land when she grew up.

Still, when her father was looking to sell, the Nyseths didn’t want him to have to move, Andrea said, so Mark, who also grew up involved in family farming and says he got his green thumb from his grandfather, had the idea to plant blueberries.

They went forward with that plan, bought the farm in 2003 and added over 6,000 blueberry plants to the farm in the spring of 2004. The orchard, which features nine varieties of blueberries, continued to expand for several years and remains family-operated by Mark, Andrea, who works outside the farm as well, and their son, Coy.

The orchard doesn’t stop with blueberries either.

Plum and several varieties of apple trees, which began to be added to the orchard a little over a decade ago, will produce fruit that will be available later in the season. Their apples are tree-ripened and of a strict quality, the Nyseths said.

The apples and plums are offered on a pre-picked basis only.

For the first time, the Nyseths also plan to soon add their own honey made from their own bees to the mix of products offered to customers this year.

The blueberries alone, though, have thus far provided the orchard with a strong start to their growing and selling season.

A later spring meant good pollination for the plants, Mark said, and the hot and humid weather this summer helped push the beginning of the season up ahead of where the later spring would’ve otherwise put the start date.

Crowd size has been good this year as well, the Nyseths said, with customers not only showing up for the berries but the experience too.

“People come out here for more than blueberries,” Andrea said.

Some people may come out in a large group for a family adventure, while others may come out for a solo blueberry-picking experience because they like the berries and it’s “pretty peaceful and beautiful,” she said.

One caller, Andrea said, dubbed the location “a little slice of heaven.”

Visitors come from “all over” the region, Mark said, to pick the blueberries, coming from as far as Milwaukee, Chicago, the Twin Cities, Iowa, southeastern Minnesota and northern locations such as Duluth, Superior and Hayward.

And with limited excursions still available this summer, the orchard is benefiting not only from loyal repeat customers but more new visitors making the trip for blueberry-picking this year as well.

The sprawling acres of plants make social distancing easy when outside, and the shed where customers check out has social distancing and safety measures in place, with many customers donning masks when inside and sending only one person inside the shed to pay. The orchard is also recommending that visitors bring their own containers for the blueberries.

“We’re trying whatever we can to have our customers be as safe as possible,” Andrea said.

Those customers have returned the favor by being patient and “very kind” when at the orchard, Andrea said, noting that customers seem to have become accustomed to the safety measures put in place at the orchard.

Blueberry Ridge Orchard is open Fridays from 8 a.m.-4 p.m. and Saturdays and Sundays from 7 a.m.-7 p.m. The U-pick blueberries — pre-picked berries are available by request as well — will be available until the end of the season, likely late August or early September, weather dependent. Pre-picked apples and plums will continue later into the year.

In addition to the on-farm fruit sales, Blueberry Ridge Orchard can be seen at the Eau Claire Downtown Farmers Market with early-season blueberries before U-pick opens and later in the season with their other fruit. Robbe’s Family Market in Strum also carries the orchard’s produce

For current updates on operations before visiting, see blueberryridge-orchard.com or the orchard’s Facebook page. Updates can also be heard on the orchard’s voicemail, 715-287-3366.