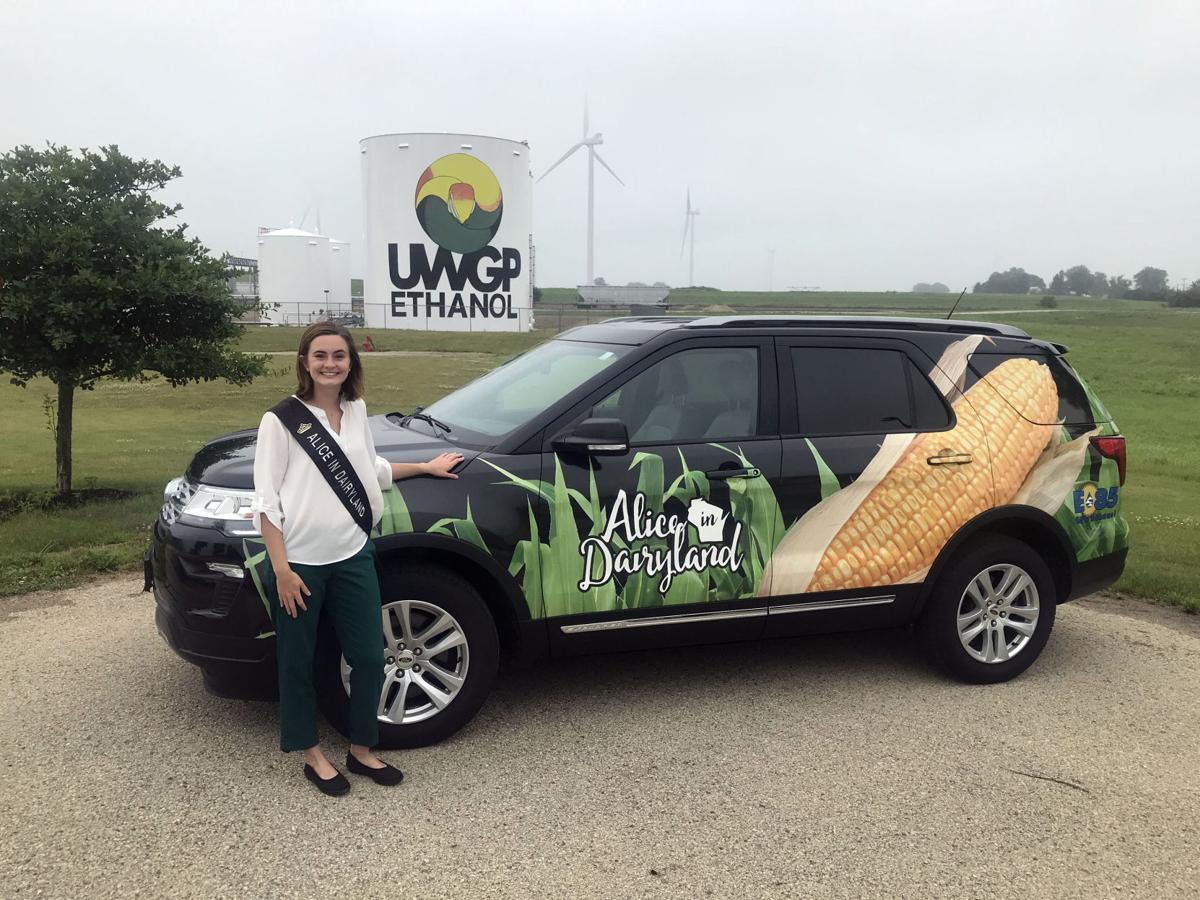 Alice in Dairyland Julia Nunes stands next to “Kernel,” a flex-fuel Ford Explorer that the current Alice uses in her statewide travels. 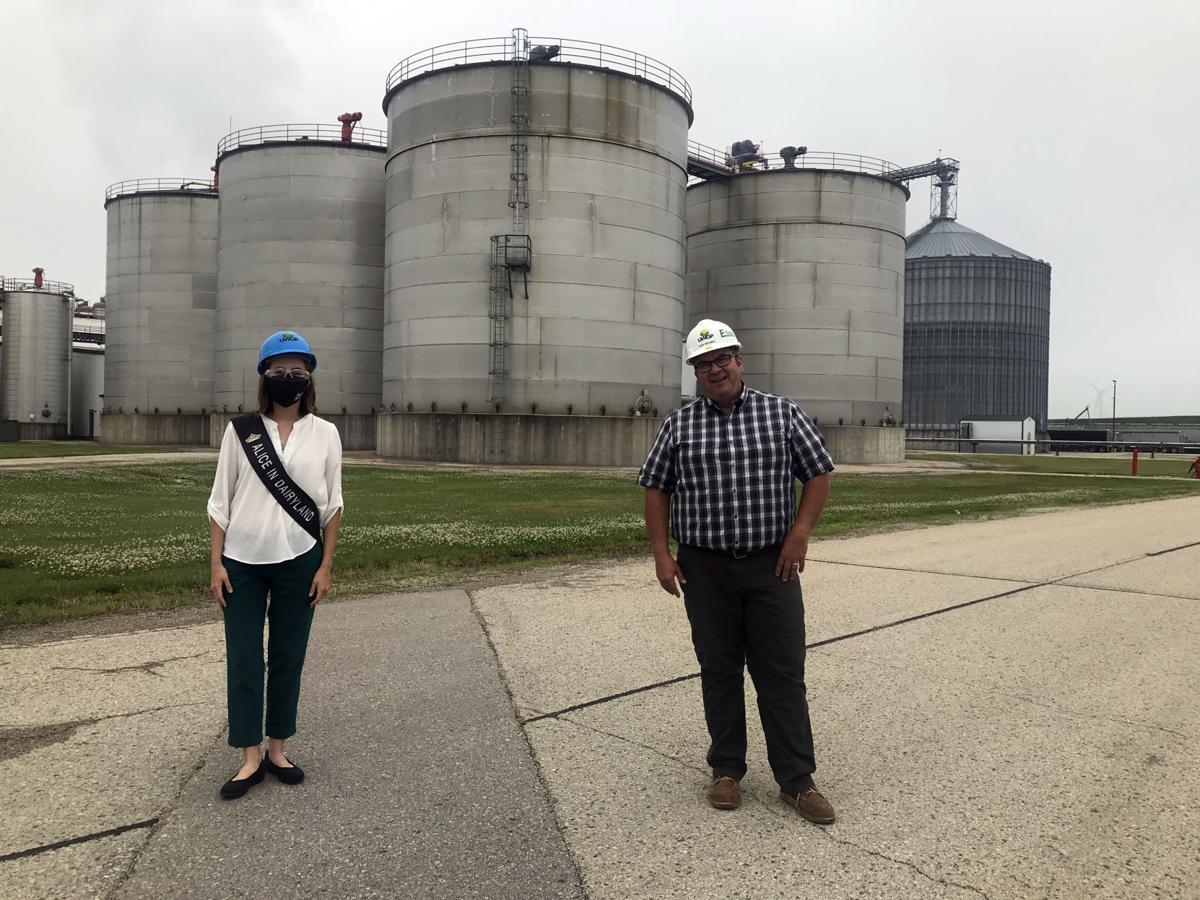 Julia Nunes visited UWGP’s ethanol production facility in Friesland and got an inside look from Dan Wegner, UWGP’s commodities manager.

Alice in Dairyland Julia Nunes stands next to “Kernel,” a flex-fuel Ford Explorer that the current Alice uses in her statewide travels.

Julia Nunes visited UWGP’s ethanol production facility in Friesland and got an inside look from Dan Wegner, UWGP’s commodities manager.

During my second week as the 73rd Alice in Dairyland, I was excited to put some miles on “Kernel,” the flex-fuel Ford Explorer, as I traveled to see the United Wisconsin Grain Producers ethanol production facility in Friesland. I learned that UWGP uses over 20 million bushels of corn every year for ethanol production and that yeast plays a key role in the process.

The type of corn used to make ethanol is “No. 2 Yellow.” It is not the sweet corn or the canned corn found in grocery stores. Only 3% of this corn goes directly into food products as corn meal, oil, syrup or starch. In fact, ethanol may help lower the cost of all food items in the grocery store as one of the largest factors in food prices is transportation. Ethanol also reduces the cost of fuel.

I was able to get an inside look at the process as Dan Wegner, UWGP’s commodities manager, explained how ethanol is produced and showed me the machinery that is used. Ethanol is an alcohol produced by fermentation of sugar and is made when ground plant material is mixed with water, then fermented. This process takes about 70 hours from when the corn is ground to when it’s finished fermenting, according to Wegner.

Microbial fermentation works directly with sugars that are found in the starch and cellulose of plants like corn, sorghum, and sugar beets. Corn is the predominant crop used for ethanol production. UWGP has a laboratory on site where they periodically test their products to monitor the fermentation process and to better understand how to increase the efficiency of their operation.

“Ethanol production is different than the oil industry in the fact that we are biological,” said Wegner. “We rely on a living organism — yeast — to do our work for us.”

UWGP uses their spent yeast and grain-derived gluten proteins to create a premium feed ingredient, called A+ Pro Yeast, to be used as a protein source for animal feed. They are currently one of only three ethanol plants in the world that does so. The spent yeast component also makes this a highly palatable product, well suited for use in any livestock feed or pet food. The product that goes into animal foods is meticulously tested to make sure it is safe for animals to eat and free of toxins.

During my tour I realized ethanol production is similar to the brewing process for making beer. “When we dump the fermenters there is an oversize tank — we call it the ‘beer well’,” Wegner said. “So really we are very similar to beer brewers but we are brewing for volume and not taste.”

UWGP began producing ethanol in 2003, when it became the 83rd ethanol plant built in the nation. UWGP’s mission is to add value to locally grown grains, provide members with a good return on investment, and be good stewards to their employees and community. Looking into the near future, ethanol is a cost-effective renewable source of fuel in comparison to natural gas. UWGP aims to improve processes, explore new technology, and maximize energy while minimizing the overall impact on our environment.

Learn more about the United Wisconsin Grain Producer on their website: www.uwgp.com.