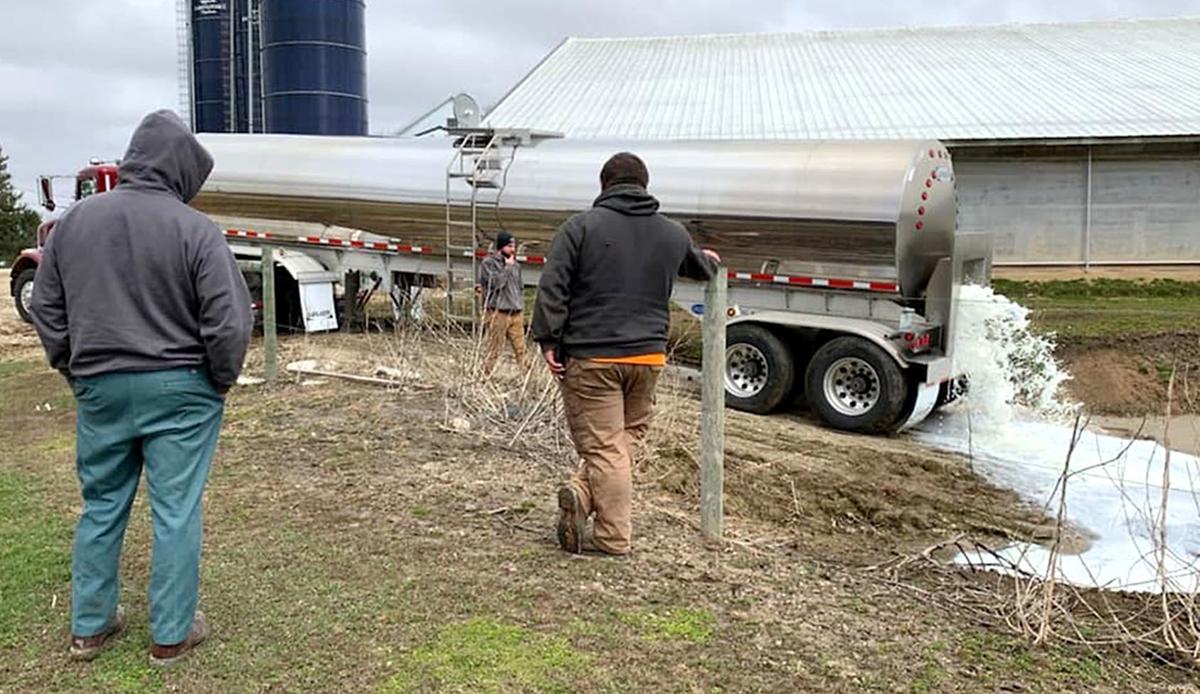 Members of the Elbe family in Ozaukee County watch as 220,000 pounds of milk was dumped from their milk truck in early 2020. 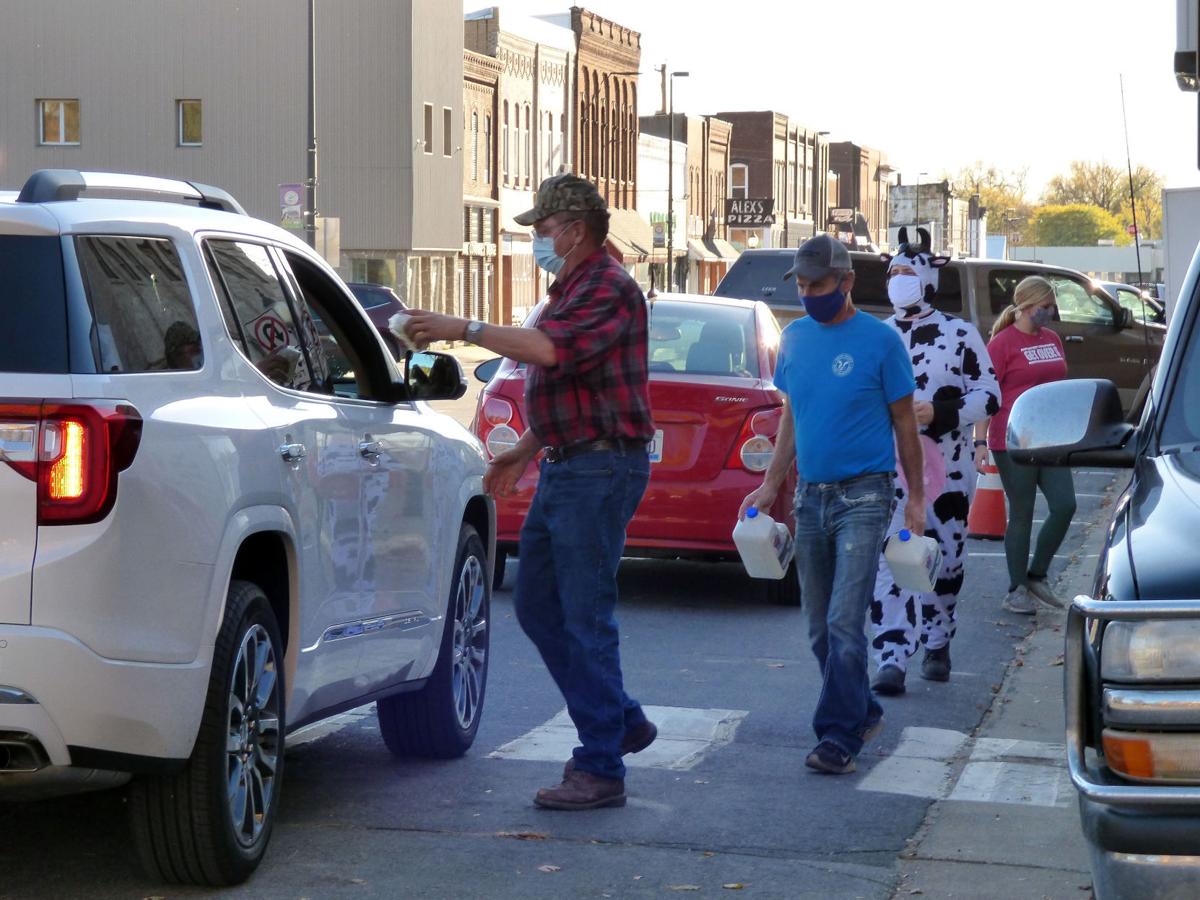 The Pepin County Dairy Promotion Committee and the Durand Area Food Pantry handed out milk and cheese during a drive-by giveaway for National Farmers Day Oct. 12 in Durand. 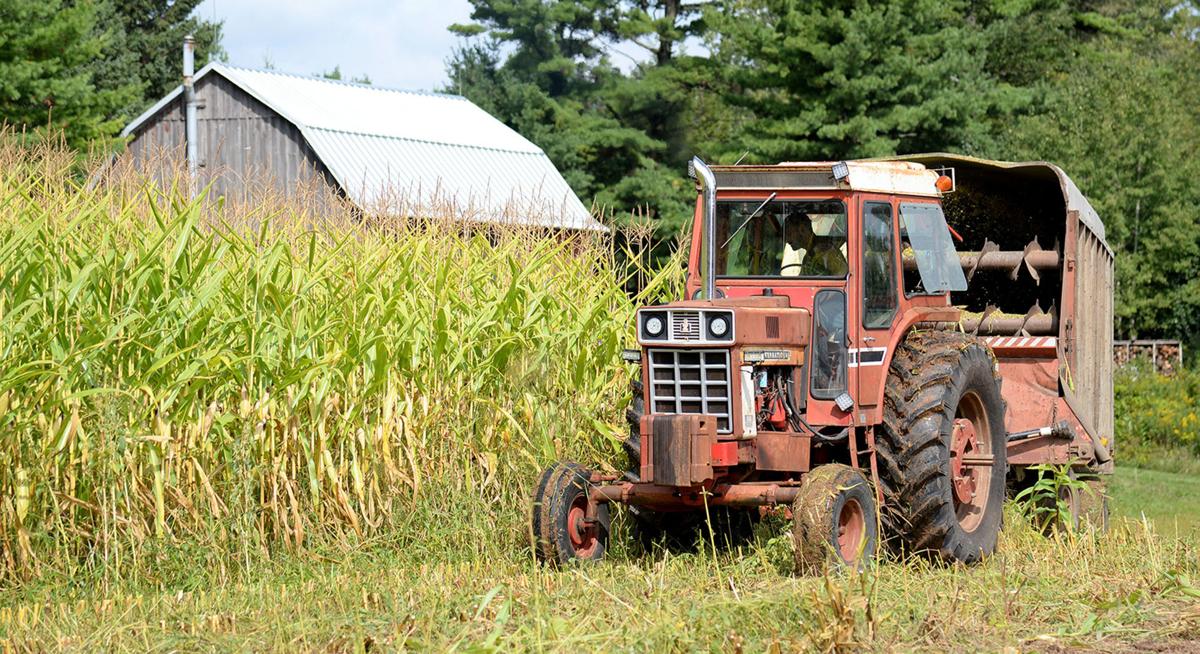 Members of the Elbe family in Ozaukee County watch as 220,000 pounds of milk was dumped from their milk truck in early 2020.

The Pepin County Dairy Promotion Committee and the Durand Area Food Pantry handed out milk and cheese during a drive-by giveaway for National Farmers Day Oct. 12 in Durand.

Many years, one factor has influenced many of the items included in The Country Today’s list of the year’s top 10 stories: the weather.

Some years, take 2019 for example, the weather has made things difficult for farmers from planting through harvest. Other years, farmers luck out, with the weather leading to good growing conditions and “bin-busting” harvests.

This year’s Top 10 list also has one factor that influenced many other items on the list, but it wasn’t the weather.

The global coronavirus pandemic wreaked havoc on what was projected to be a bounce-back year for agriculture in 2020, so much so that it went beyond getting one entry in the Top 10 and became the reason why many of the items appear on the list.

About the only thing not impacted by the coronavirus this year: the weather.

Following is the final Top 10 list for 2019, as developed by The Country Today editorial staff.

Direct government payments to farmers across the U.S. are forecast to total a record-high $46.5 billion, well above the previous high of $33.8 billion in 2000, according to the most recent farm income and financial forecast of 2020 presented by Carrie Litkowski, an economist with the United States Department of Agriculture’s Economic Research Service.

The spike in direct payments to farmers comes largely from COVID-19 relief programs created as part of the federal Coronavirus Aid, Relief, and Economic Security Act projected to total $32.6 billion. The COVID-19 relief effort Coronavirus Food Assistance Program, which was delivered in two rounds, accounts for $24.3 billion of that total.

Loans from the U.S. Small Business Administration’s Paycheck Protection Program, which were designed to be forgiven and would therefore count as direct payments, Litkowski said, contribute another $5.9 billion to that category as a result of COVID-19 relief efforts.

As COVID-19, stay-at-home orders and panic buying began to set in, empty grocery stores shelves and item limits became commonplace, but supply chain problems meant that many farmers couldn’t get their products out to consumers.

In a particular blow for America’s Dairyland, as dairy demand fluctuated, some Wisconsin farmers, primarily those producing fluid milk in the southeastern and eastern parts of the state, were asked to dump the milk they otherwise would put into the marketplace when some dairy manufacturers had to cut or change production schedules. Reports of milk dumping were short-lived but marked the volatility of the early months of the pandemic.

Wisconsin livestock farmers were largely spared from the need for mass depopulation of swine herds that afflicted other states. Farmers raising beef, however, saw their herd backlog grow as beef processors ran at times close to 50% below capacity. July saw a return to something resembling normal at beef processing facilities, but catching up on cattle that had been pending was expected to take time.

Specific challenges faced farmers whose businesses required more interaction with the public than many farms do. Whether it was farmers markets, on-farm dining or on-farm sales, COVID-19 precautions forced farmers who relied on these outlets to adjust.

Many farmers markets opened later in the season to give extra time to figure out which precautions were needed, such as masks, hand sanitizer and one-way foot traffic. Other farmers markets never opened in the same way they would have traditionally, and drive-thru farmers’ markets that popped up provided another option for farmers to get their products to consumers.

Drive-up and carry-out also proved to be a popular option for farms offering on-farm pick-ups for CSAs; dining options like pizza and burgers; and more. Room for socially distanced outdoor seating made for another option that farms who offered dining on-site could offer and advertise.

The Farmers to Families Food Box Program was created in mid-April in order to purchase and distribute agricultural products to those in need.

Through the program, U.S. Department of Agriculture’s Agricultural Marketing Service, which helps farmers sell their products, partnered with national, regional and local suppliers whose workforce was impacted by the closure of restaurants, hotels and other food service businesses, to purchase up to $4 billion in fresh produce, dairy and meat products.

Wisconsin created a program similar to the federal Farmers to Families Food Box Program, the Food Security Initiative, in its own effort to aid Wisconsin farmers during the pandemic.

The Food Security Initiative was announced in May. The program was funded with $15 million provided by Gov. Tony Evers from Wisconsin’s federal CARES Act funding. That money went to a combination of 17 food banks to make infrastructure improvements and two of Wisconsin’s largest hunger relief organizations, Hunger Task Force and Feeding Wisconsin, to help those in need of food and give an additional farmers and food processors in the state. In mid-November, Evers and DATCP announced Hunger Task Force and Feeding Wisconsin will receive an additional $10 million to help serve Wisconsinites experiencing food insecurity during the COVID-19 pandemic.

After reports of surplus milk and dropping prices hit headlines early in the pandemic, individuals, groups and communities stepped up to show their support for the Wisconsin dairy industry and ended up making headlines themselves.

Some people helped by organizing efforts to put cheese curds in lunches being picked up by students, and with the help of some major donations, thousands of pounds of cheese was distributed. Drive-thru events also helped get dairy products directly into the hands of consumers.

Other fundraising efforts, including those selling signs and t-shirts encouraging support for local farmers, sought to funnel the money raised into dairy purchases for food pantries, which have seen increased demand throughout the COVID-19 pandemic.

In a year of uncertainty, a growing season full of largely unremarkable weather provided a welcome respite for Wisconsin farmers who had pushed through abnormally wet conditions in the years prior.

The weather cooperated early into the growing season, with sunny and windy April days allowing farmers to get out into their fields. The weather continued to cooperate throughout the summer, although some drought started to take hold in August and some parts of Wisconsin were affected by the derecho that primarily struck Iowa.

Some bouts of October rain and snow put a slight damper on the harvest season, but farmers were largely able to continue the momentum of good weather to finish harvesting about a month ahead of last year, a feat that was ahead of the five-year average as well.

The beginning of 2020 brought a flurry of activity on the international trade front, supplying the agriculture industry in the U.S. has received a welcome bit of good news.

On Jan. 29, President Donald Trump signed the U.S.-Mexico-Canada Agreement, replacing the North American Free Trade Agreement. That came on the heels of Trump’s Jan. 15 signing of a preliminary trade deal with China.

The USDA projected exports of $152 billion in 2021, up 12% from the just-ended fiscal year 2020, driven by higher soybean and corn export values and, likely, less impacted by the coronavirus pandemic.

The pandemic-related cancellations started making our headlines in March. The International Wisconsin Ginseng Festival was the first major agricultural event in the state to announce its postponement, followed shortly by the cancellation of the WPS Farm Show. The list only grew from there.

By the end of June, the year already appeared to be a loss for large-scale ag events across the state, following announcements that Farm Technology Days, World Dairy Expo and the Wisconsin State Fair were all off the books for 2020.

Many event organizers have indicated that they are planning to have shows return in 2021 or 2022.

Those numbers are leading to capacity concerns with processors and led Ellsworth Cooperative Creamery CEO Paul Bauer to say at the December Wisconsin Department of Agriculture, Trade and Consumer Protection Board meeting that dairy farmers could once again be asked to dispose of milk.

2020 was a rollercoaster year across the board for commodity prices.

Prior to the start of the year, agricultural economists were optimistic that 2020 would be a rebound year for the industry following five years of depressed prices. However, the onset of the global coronavirus pandemic sent crop and livestock prices into a tailspin.

The good growing conditions in Wisconsin, federal support and prices that have rebounded nicely from their collapses early in the pandemic have done a lot to help farmers get through 2020, according to Paul Mitchell, director of the Renk Agribusiness Institute and professor in the UW-Madison Department of Agricultural and Applied Economics.

A growing hog herd in China is leading to continued optimism with grain markets despite an ample current supply of agriculture products.