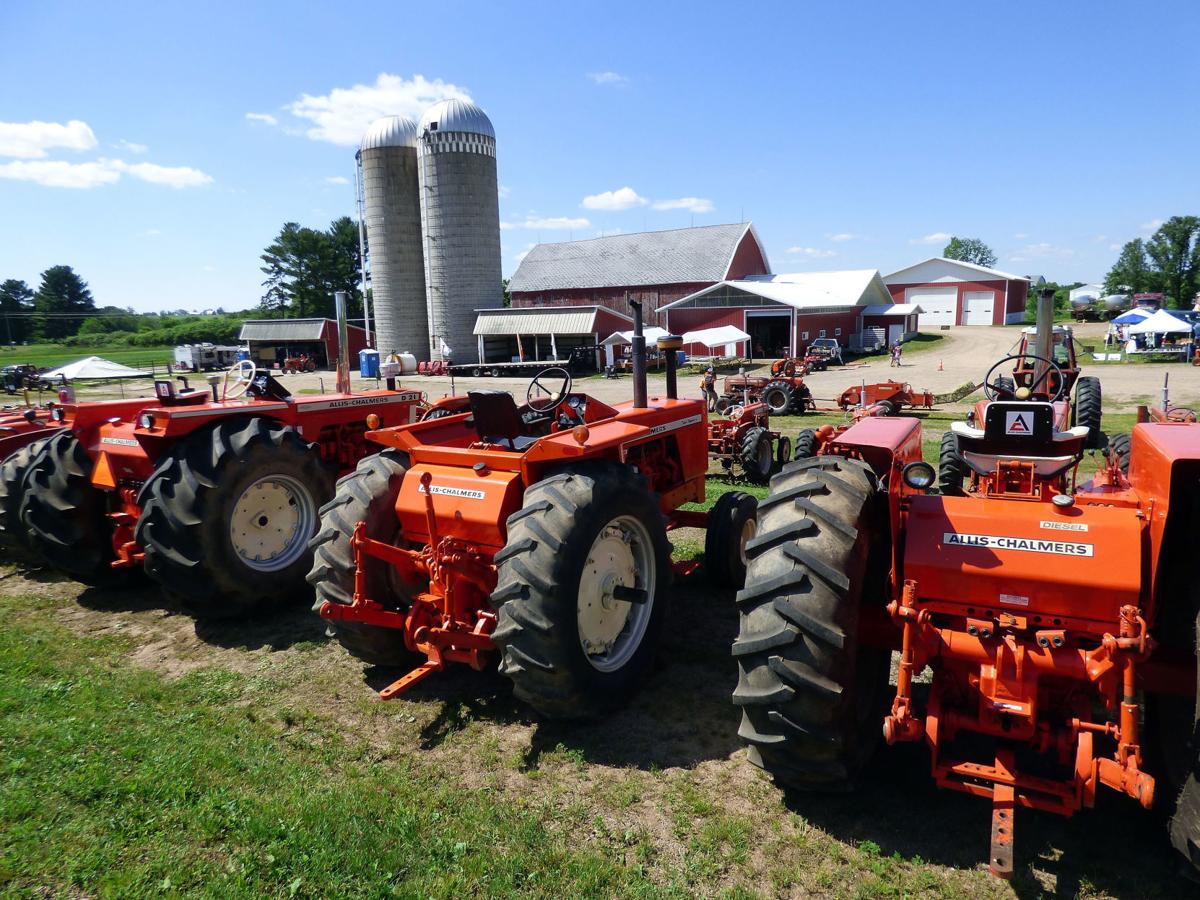 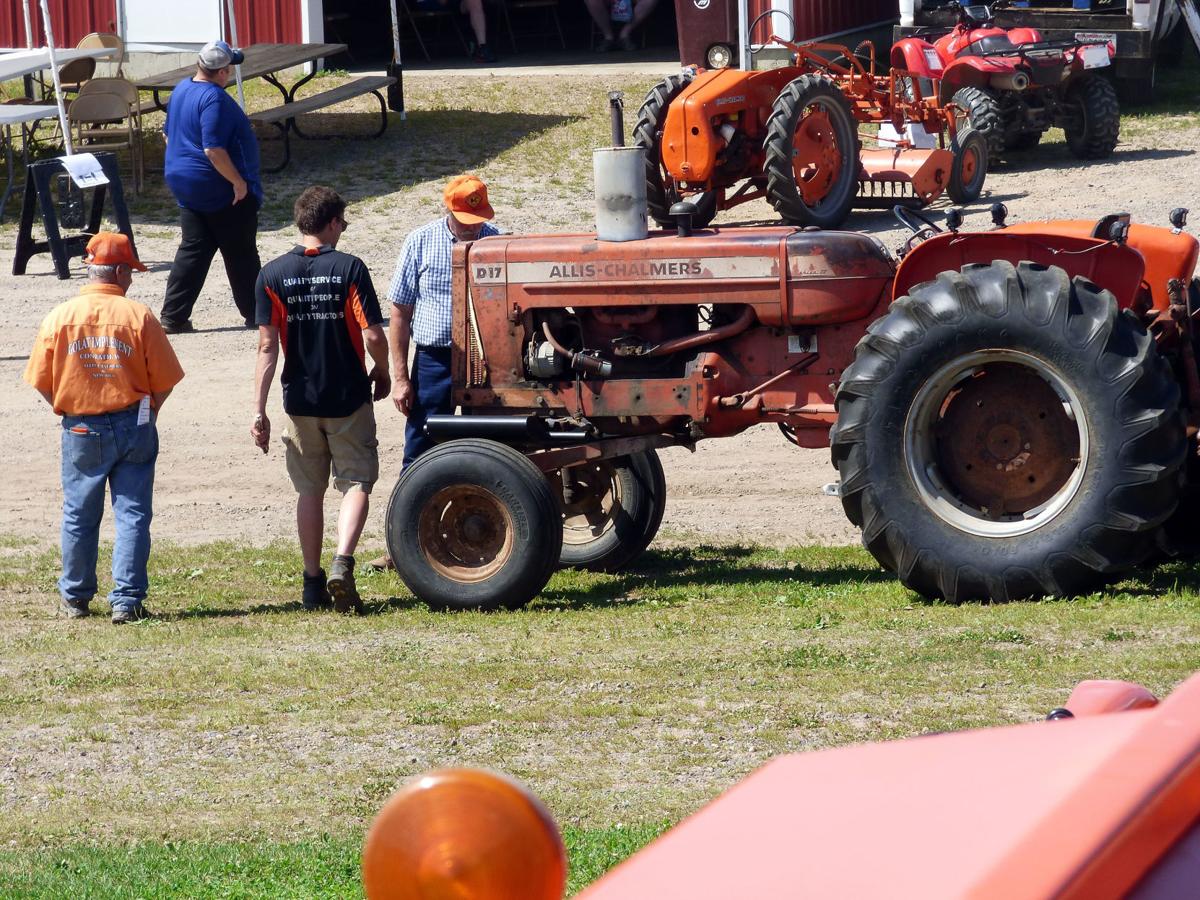 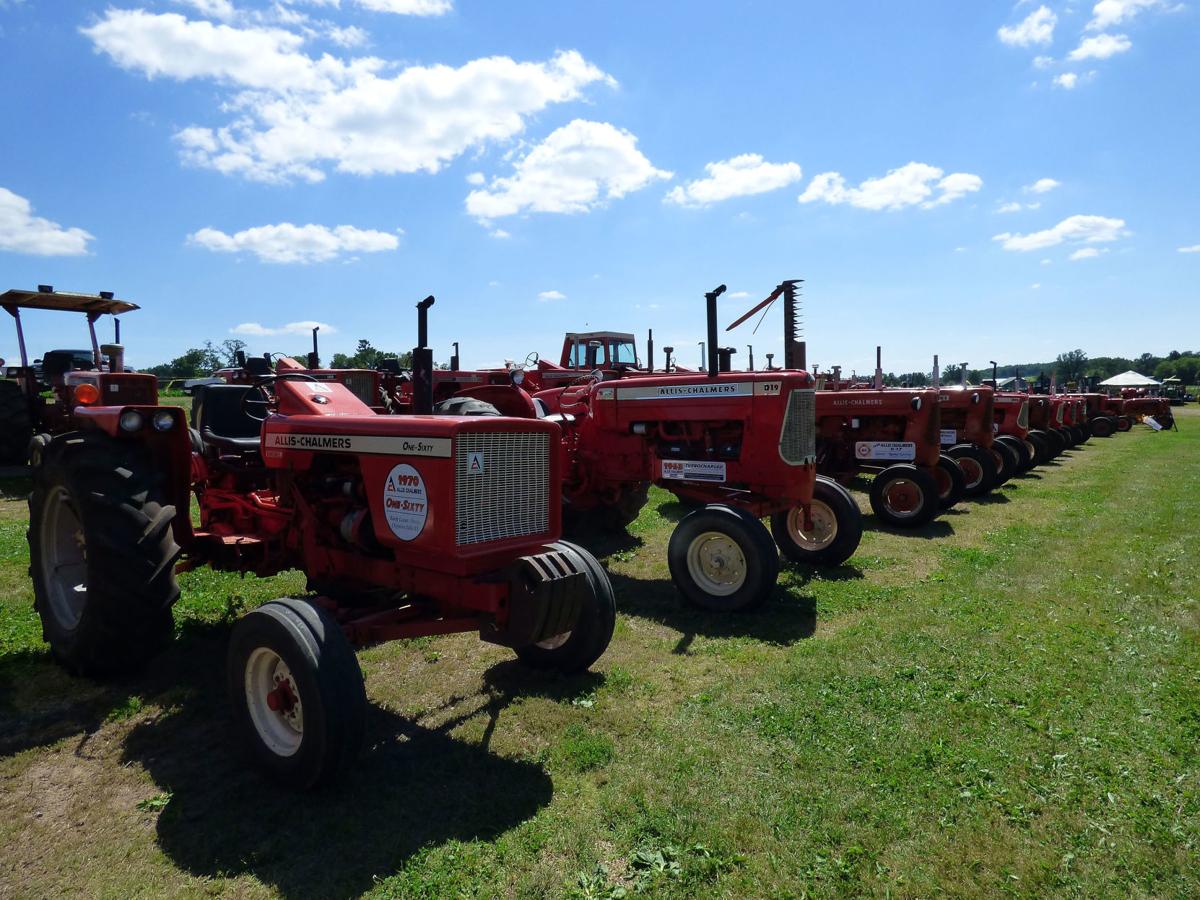 Randy Larson of Chippewa Falls had his Allis-Chalmers collection on display June 27-28 at Allis Fest Tractor and Implement Show north of Cadott.

Randy Larson of Chippewa Falls had his Allis-Chalmers collection on display June 27-28 at Allis Fest Tractor and Implement Show north of Cadott.

CADOTT — The large music festivals a mile down the road were canceled, but the global coronavirus pandemic couldn’t stop the Allis Fest Tractor and Implement Show.

Allis Fest Tractor and Implement Show was held June 27-28 at Bill Harm’s farm north of Cadott, about a mile east from where Country Fest and Rock Fest typically draw thousands to the area each year. Allis Fest drew a nice crowd of about 500 over the course of two days, according to Randy Larson, who organized the event with the help of his wife, Rhonda, and Harm.

“The weather wasn’t the worst. We had a nice breeze the second day,” Harm said. “The area we had set up for parking filled up for a while the first day, but it all worked out pretty good.”

Harm has about 240 acres on his home farm in Chippewa County. He has a hill behind the dairy barn that now serves as tractor storage, and last year he decided to get his antique Allis-Chalmers tractor collection lined up for a picture. Harm’s brother showed that picture to Larson, an Allis-Chalmers collector from Chippewa Falls, who made his way to the farm to see the collection for himself.

That visit set the stage for this year’s Allis Fest.

“Randy said, ‘You’ve got a dang good place for a tractor show,’” Harm said. “That’s when the planning for the show got started.”

The displays also included a scale-model railroad with 139 Allis-Chalmers tractors on rail cars and a half-scale traction steam engine.

“We would like to have seen more of the other colors, other brands,” Larson said. “We’re hoping now that the neighbors have seen what we’re about, they’ll get involved and bring some other tractors out next time.”

Harm and Larson said the event was well-received and everybody involved was happy to be out with several opportunities to show tractors earlier in the year having been canceled due to coronavirus.

“We had so many people say, ‘We’re so happy you weren’t canceled. We didn’t have anywhere to go this summer’,” Larson said.

“It’s nice that everybody isn’t all together in a building,” Harm said. “Everybody kind of stays apart walking around looking at tractors.”

Larson said he was happy to see the number of children who turned out on the second day of the show.

“Sunday was busy with the little ones,” he said. “We’re able to see our future there.”

Many visitors roamed the grounds looking at tractors similar to what they may have grown up with, Larson said. One visitor had been looking for a John Deere Model 40 like the one his grandfather had, and was excited to see Larson had one on display, he said.

“You hear a lot of reminiscing,” Larson said. “You can hear the history of these old tractors being passed down from generation to generation.”

Harm said he and Larson will get together soon to discuss what’s next for the Allis Fest Tractor and Implement Show.

“We’ve got to take a look at a week that’s convenient for the community and talk about what Bill wants to do for next year, but I’m ready to go,” Larson said.

“It went off pretty well,” Harm said. “If we do it again, we’ll probably make a little fancier signs.”