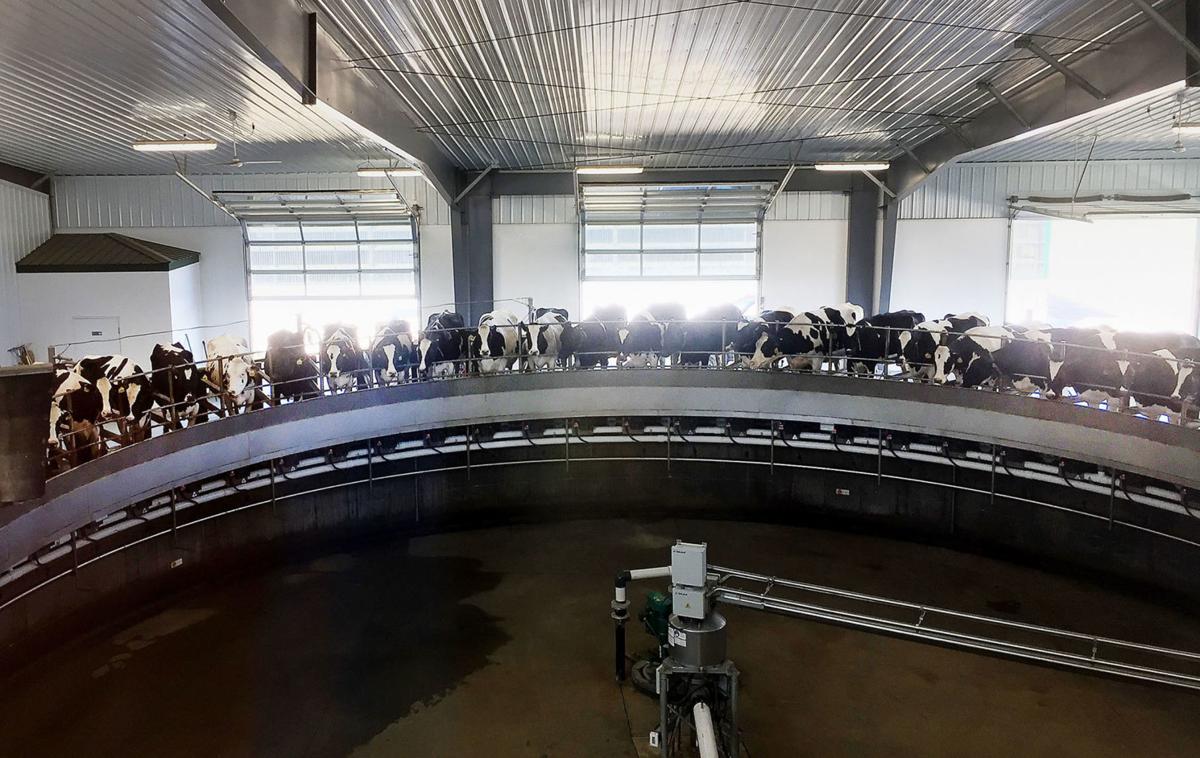 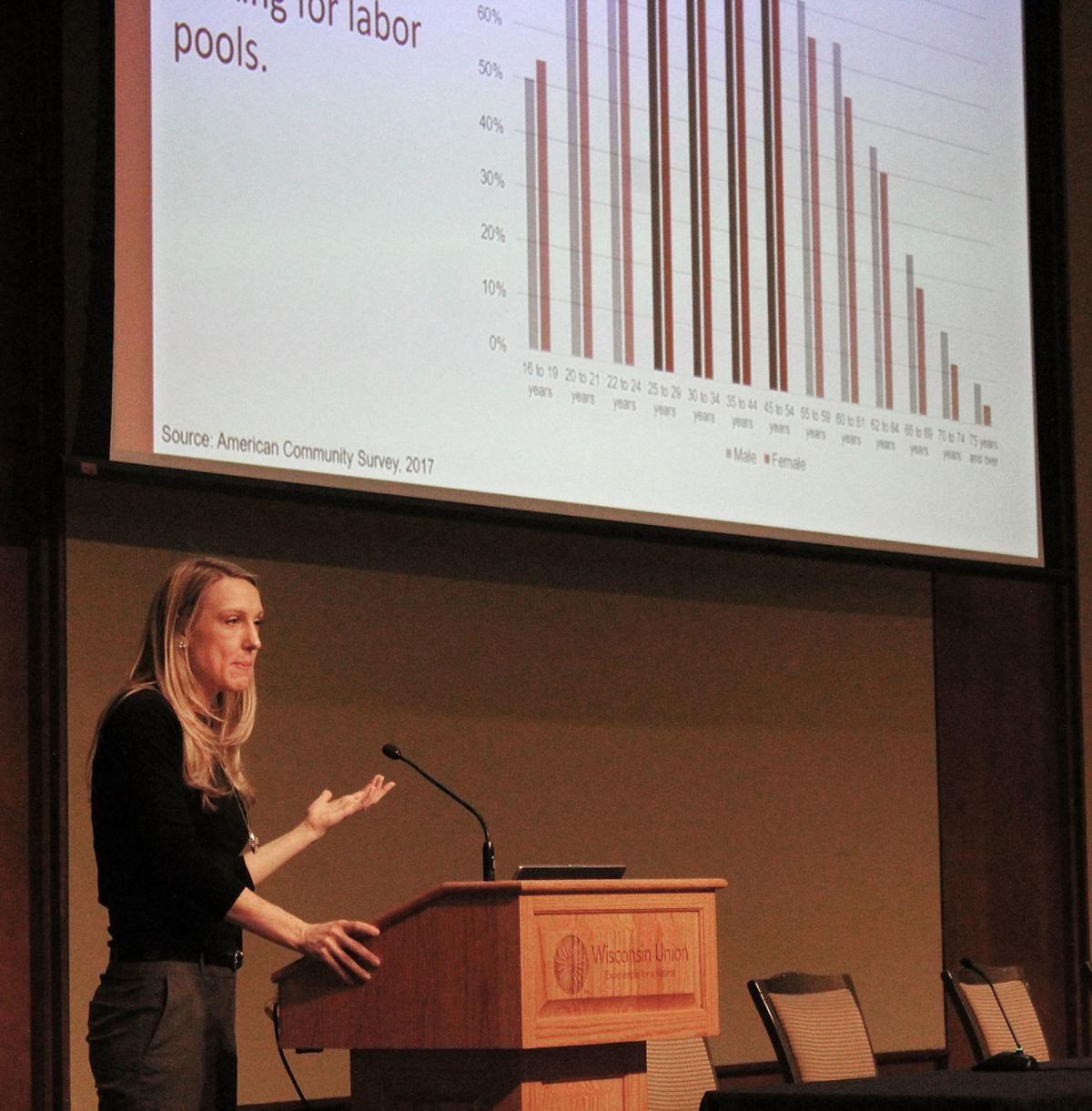 Tessa Conroy, an assistant professor in the Department of Agricultural and Applied Economics at UW-Madison, gave attendees a look into Wisconsin’s economic situation and outlook on Jan. 28.

Tessa Conroy, an assistant professor in the Department of Agricultural and Applied Economics at UW-Madison, gave attendees a look into Wisconsin’s economic situation and outlook on Jan. 28.

MADISON — There are opportunities for entrepreneurs in the agricultural industry, Tessa Conroy, an assistant professor in the Department of Agricultural and Applied Economics at UW-Madison, said Jan. 28 at the 2020 Wisconsin Agricultural Outlook Forum.

Three out of every 10 new jobs in Wisconsin are in a new business, making entrepreneurs important to sustain and enhance job growth in Wisconsin.

However, the rate of new business creation has been slow to grow since the 2008 recession, especially in rural areas. And with a relatively tight labor market in the Midwest, which sees less than one worker available per one job opening and workers retiring with no replacement, there are challenges ahead, Conroy said.

Every five years, Steven Deller, a professor of Agricultural and Applied Sciences at UW-Madison, studies the importance of agriculture to Wisconsin’s economy. He recently released his findings, titled “The Contribution of Agriculture to the Wisconsin Economy,” and shared some of the highlights with forum attendees.

But Wisconsin’s hot spot in its agricultural economy isn’t on the farm; in fact, this sector of the state’s agriculture industry is often times located in urban areas versus rural ones.

Deller found that food processing activity contributes $82.7 billion to Wisconsin’s economy, surpassing the economic impact of both on-farm activities and dairy. Growth continues in this area as well, with the state’s food processing sectors experiencing particularly high growth between 2012 and 2017.

He added that there are two different types of food processors in the state — those selling products into a commodity market and those selling products into niche and specialty markets. Deller argued that those in the “big food” commodity markets are struggling right now and they’re looking for new ideas, some of which they may garner from those smaller firms that are successfully selling a specialized product.

“Despite bad news in production agriculture, agriculture (as a whole) is actually growing in the state’s economy,” Deller said. “It starts with thinking about agriculture beyond the farm gate.”

Widespread production problems were recorded in 2019 as farmers faced another year of wild weather. A new record was set for prevented planting of 20 million acres in the U.S.; in Wisconsin, 593,000 acres were prevent planted, with Milwaukee, Racine, Kenosha, Winnebago and Outagamie counties in southeast Wisconsin recording the highest percentages of prevented plant acres in 2019.

Wisconsin corn and soy crops were about two weeks behind all year. On Dec. 8, 2019, only 74% of corn and 88% of soybeans had been harvested in the state.

“I expect 2019 will exceed $289 million in crop insurance payments to become the third highest ever,” said Paul Mitchell, an economics professor and director of the Renk Agribusiness Institute.

He added that Market Facilitation Program payments exceeded $14.3 billion in 2019, which helped raise farm income for the year, but still made for another tight year in the farmer’s pocketbook. Wisconsin farmers alone received $260 million in MFP payments, with crops totaling $214 million, dairy at $37 million and speciality crops at $9 million.

“Farm programs were a big help this year,” Mitchell said.

He is receiving mixed signals of farm financial health and 2020 outlook, with signs of strength including stable costs, land values holding and okay price expectations. But the signs of financial stress remain, including dairy attrition, loan delinquency and farm bankruptcies.

Challenges also remain for the state’s dairy, livestock and grain situations. Even with slowing U.S. and world milk production, declining U.S. and world dairy stocks, a relatively strong domestic economy and perceived trade improvements, dairy is still recovering from what Mark Stephenson, director of Dairy Policy Analysis and the Center for Dairy Profitability, called a “fundamental structural change” in the industry.

The possibility of a U.S. recession also looms, with Wall Street Journal economists predicting a 24% chance of a recession in 2020.

Export and trade policies have helped, with the signing of the United States-Mexico-Canada agreement providing stability in the market for crops and livestock and the U.S.-Japan deal decreasing tariffs on agricultural products such as beef, pork, wheat, cheese and almonds. The decrease in tariffs especially benefits the beef industry, with the tariff dropping from 38.5% to 9%.

Brenda Boetel, an economics professor at UW-River Falls, acknowledges that the U.S.-China trade deal for $40 billion in U.S. agricultural imports on an annual basis is a “bit of a long shot,” but she remains optimistic about the country’s commitment to increase those imports.

“In the short term, there won’t be great impacts for this marketing year or the next,” she said. “But in the long term, it’s good — we’ll get our market back plus some.”