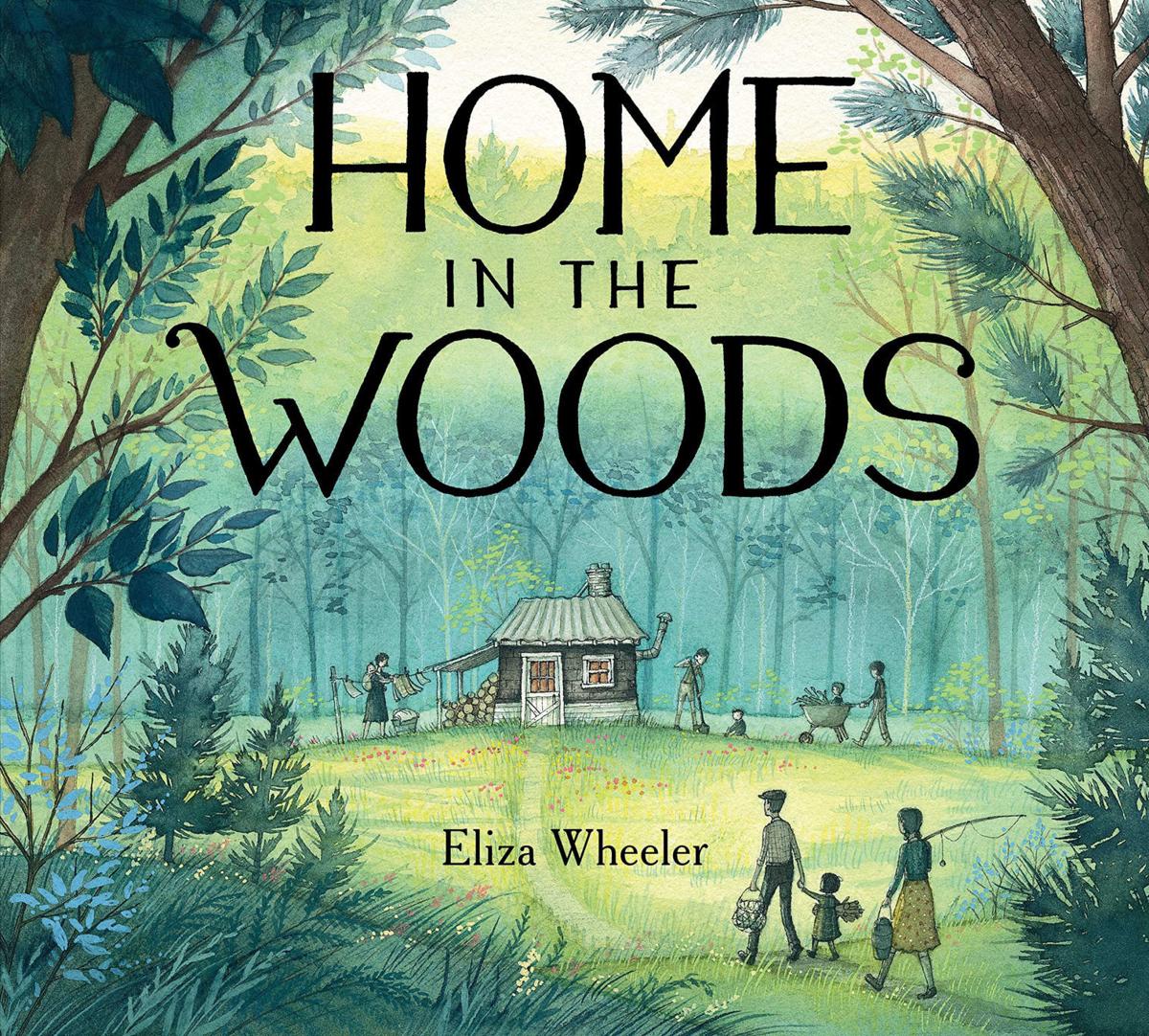 “Home in the Woods,” written and illustrated by Eliza Wheeler. 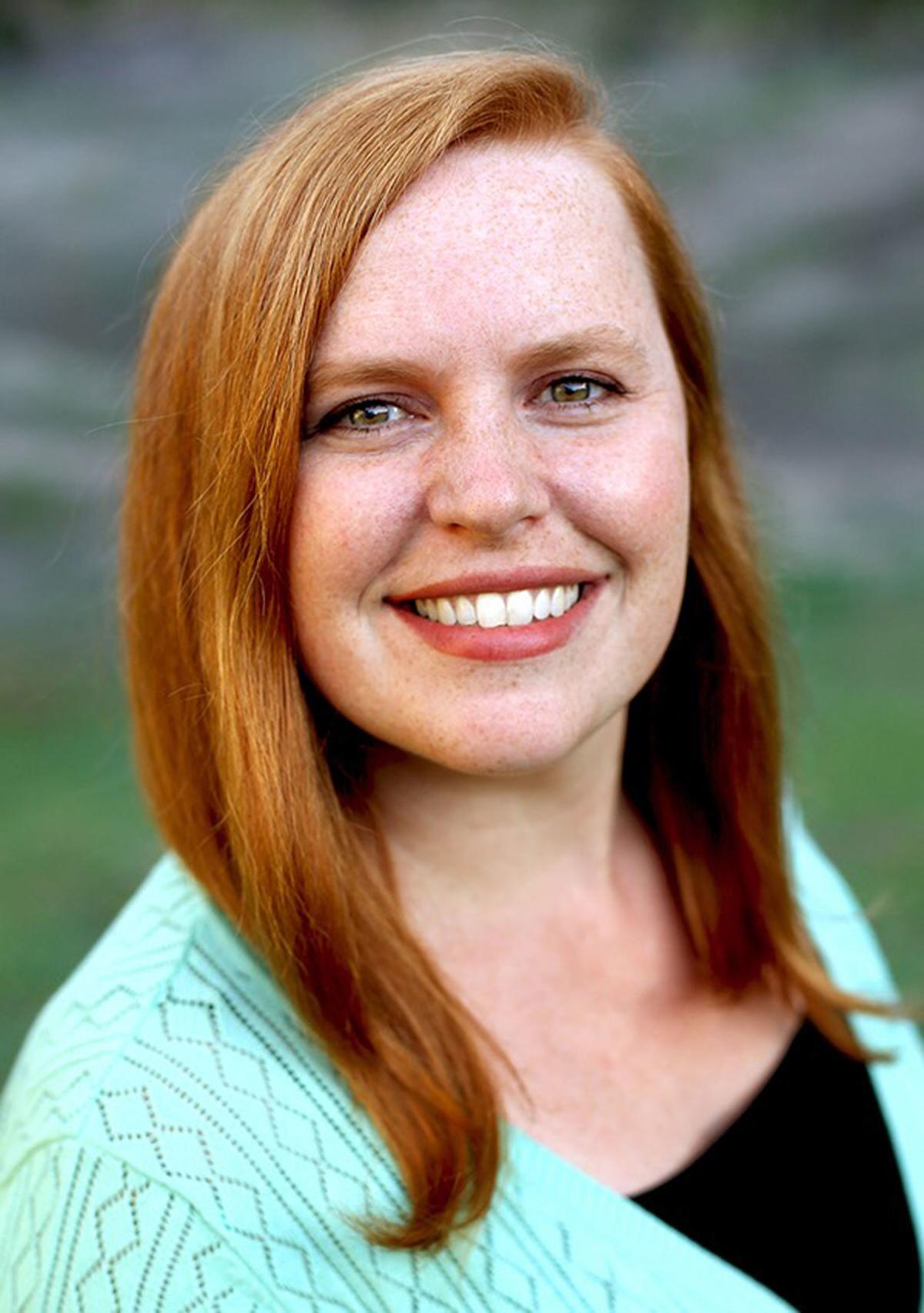 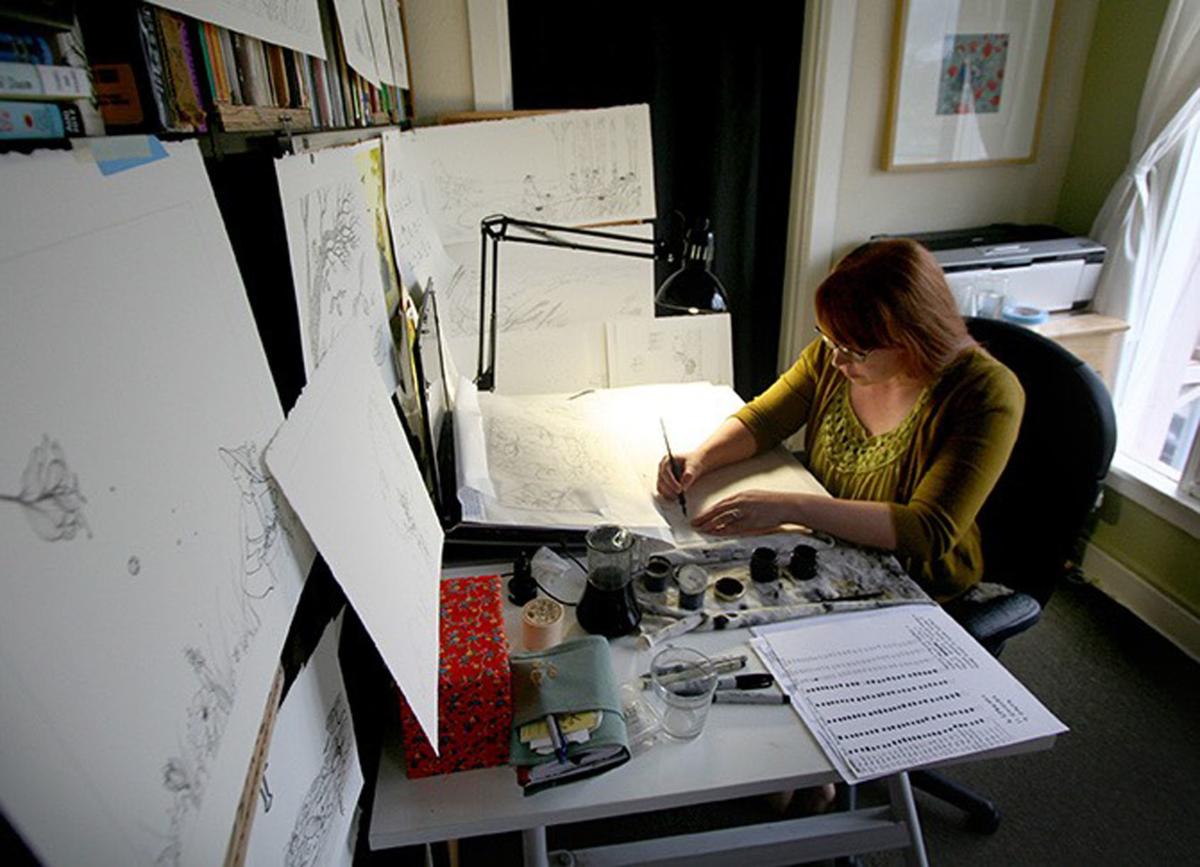 Author/illustrator Eliza Wheeler, originally of Solon Springs, works in her former studio. Wheeler’s latest picture book, “Home in the Woods,” is based on the true story of how her grandmother and seven siblings ages 14 to 3 months moved with their widowed mother into a tarpaper shack in the Bennett area woods and lived there for about five years during the Great Depression.

“Home in the Woods,” written and illustrated by Eliza Wheeler.

Author/illustrator Eliza Wheeler, originally of Solon Springs, works in her former studio. Wheeler’s latest picture book, “Home in the Woods,” is based on the true story of how her grandmother and seven siblings ages 14 to 3 months moved with their widowed mother into a tarpaper shack in the Bennett area woods and lived there for about five years during the Great Depression.

Six-year-old Marvel gazes in dismay at the tarpaper shack in the middle of the Northwoods that she, her seven siblings ages 14 years to 3 months old and widowed mother must now call home in the opening of Eliza Wheeler’s picture book “Home in the Woods.”

It looks cold and empty …, “Like I feel inside,” young Marvel says.

But the tale unfolds to tell of a family rising above adversity — even in the face of long, bleak winters — with love and laughter in the shack for about five years during the Great Depression.

And it’s based on a true story that unfolded generations ago, right here in the Northwoods.

‘You don’t know what tough is’

The real story began in the tiny Douglas County town of Bennett in 1932. A landlord who had fallen on hard times himself evicted Wheeler’s great-grandparents, Louis and Clara Banks, and Louis had to find shelter for his 34-year-old wife and eight children.

A worker at Barksdale Works munitions plant who lived in Bennett, Louis moved his family into an abandoned tarpaper shack in the woods — but never spent a single night there. He had been dying of cancer, and the day he settled his family into their new home he entered the hospital and died shortly thereafter.

The nine survivors were forced to carry on in the woods without an adult male breadwinner.

“And they make a go of it there for five years,” said Gary Swanson, Marvel’s son, of Solon Springs.

Over the decades, the Banks family descendants grew up hearing stories about the clan’s hardships surviving bitter Northwoods winters and triumphs as they made a life for themselves among nature.

The family relied on food they grew or hunted, with Clara Banks canning fruits and vegetables to last the winter, and taking on janitorial jobs in Bennett to supplement her Mothers Pension Program income and the money 14-year-old Ray brought in. Although neighbors offered to take in the boys as farm hands, Clara was determined to keep the family together.

It was an inspirational tale — and made it difficult for Swanson to voice complaints to his mom.

“If ever I complained that I had it tough, Mom would say, ‘You don’t know what tough is. Let me tell you what tough is,’” Swanson reported the now-93-year-old as saying.

The tale resonates with many people as it’s really a universal story of displacement, Swanson said. And it especially caught the imagination of Swanson’s 36-year-old daughter Wheeler.

Wheeler said her grandmother Marvel told many stories about how she and her siblings — Ray, Bea, Rich, Marv, Lowell, Dal and Eva — made up games to play because they had no toys. When she was in third grade, Wheeler even wrote a school paper about it.

“It was all really captivating to me as a kid,” she said.

A native of Solon Springs, Wheeler graduated with a degree in graphic design from UW-Stout but quickly realized her heart lay in painting and drawing. She went on to author and illustrate her debut picture book, “Miss Maple’s Seeds,” which landed on the New York Times Best Seller list in 2013 and has sold more than 1 million copies.

Wheeler has illustrated other books, but “Home in the Woods,” aimed for readers ages 5 through 8, is only the second she has authored and illustrated herself. It took her about six years to write it as she wanted to stay true to the family tale plus make it enjoyable for young children to read, she said.

The result is a richly colored, illustrated 40-page book whose words — as told from the point of view of 6-year-old Marvel — border on poetry and take the reader on a journey of survival, love and laughter as the seasons turn.

The book opens with the family arriving at the tarpaper shack in summer. By the following spring they have made it a home. Marvel now sees the shack through new eyes, saying it looks “warm and bright and filled up with love …”