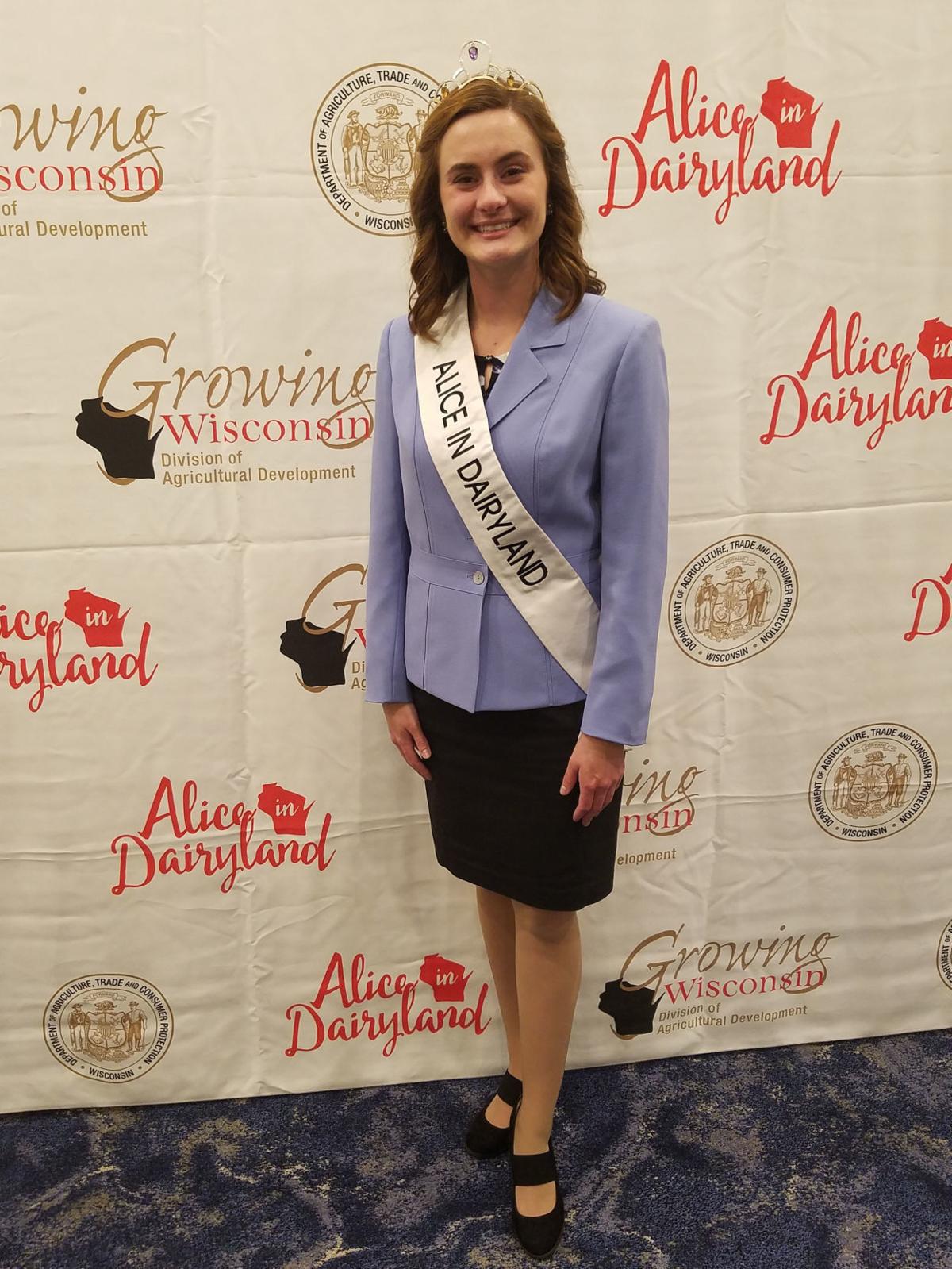 Julia Nunes was crowned the 73rd Alice in Dairyland on June 20. 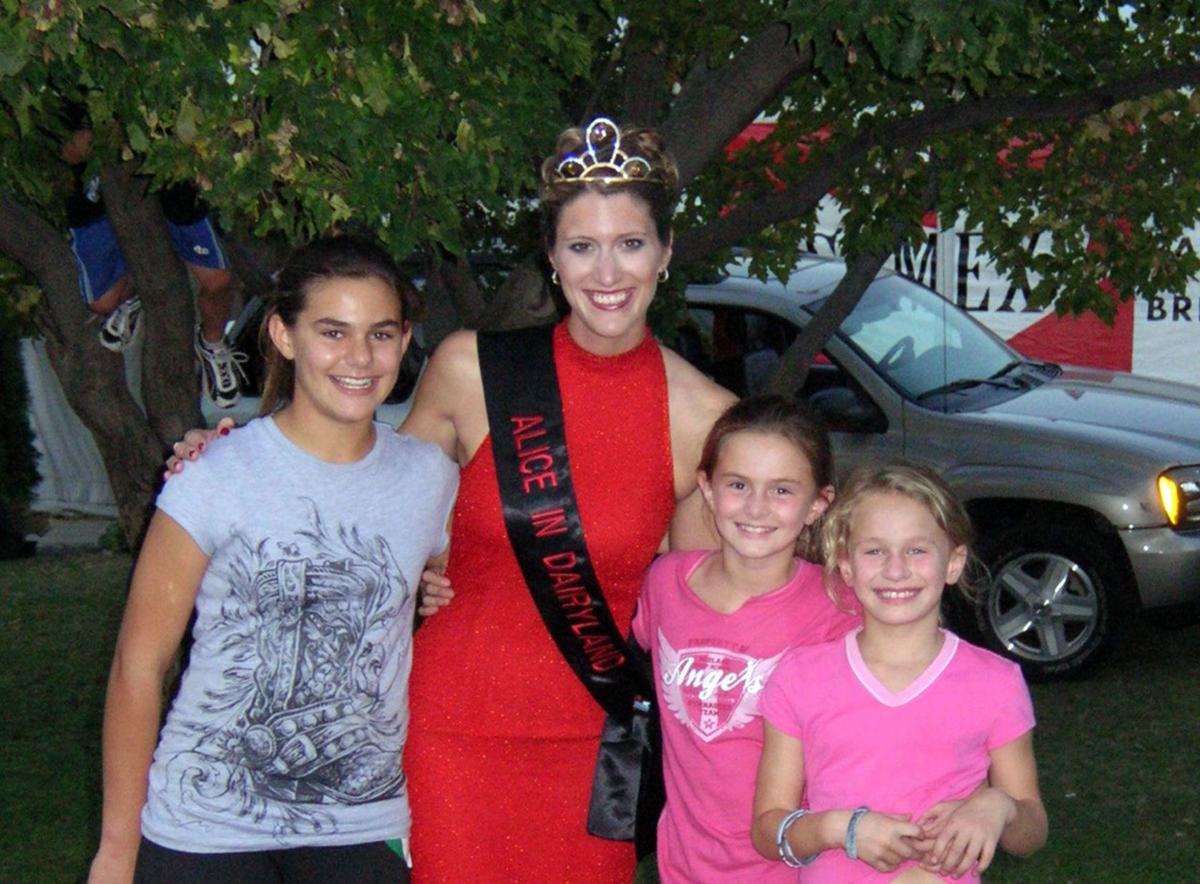 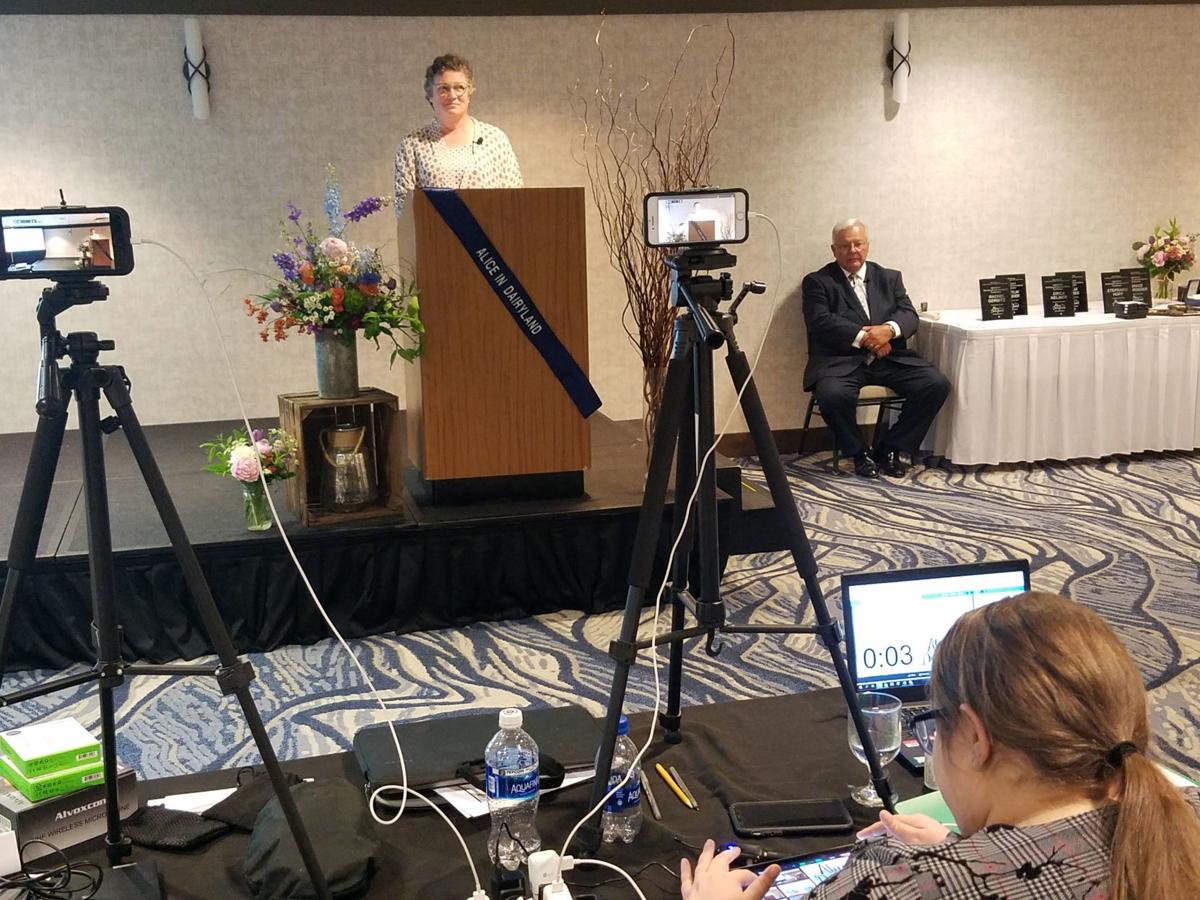 This year's Alice in Dairyland finals were livestreamed.

Julia Nunes was crowned the 73rd Alice in Dairyland on June 20.

This year's Alice in Dairyland finals were livestreamed.

Dreams of crowns and tiaras dance through many kids’ heads as they grow up, but the newest Alice in Dairyland has had one in particular in mind since she was 10 years old — the one she gets to spend the next year wearing.

Nunes stayed in touch with Makovec, and other Alices and Alice top candidates have served as role models and friends since.

Twelve more Alices have held the crown since Nunes met Makovec, but the time eventually came when Nunes said she realized that she was now old enough to apply to be the role model for others that Alices past were for her.

But despite these aspirations, even as Nunes stood on stage with the other five “amazing” candidates on June 20 waiting to hear who would be the 73rd Alice in Dairyland, “I wasn’t really expecting my name to be called,” Nunes said.

And once it was, “I was shocked,” she said. “It was a very emotional moment.

“I felt so honored.”

Nunes grew up with her three sisters on her family’s registered Holstein dairy farm, Scientific Holsteins, and was active in her area Junior Holstein group and 4-H club during her teen years. In 2017, Nunes served as the Northern Wisconsin State Fair’s Fairest of the Fair.

Nunes attended the University of Minnesota-Twin Cities and interned at Redhead Creamery. She graduated in 2019 and accepted a position with Kinni Hemp Company in River Falls.

As Alice, Nunes will work as a full-time communications professional for the Department of Agriculture, Trade and Consumer Protection, traveling thousands of miles speaking at events, giving media interviews and educating children across the state about dairy and other agricultural products.

Each top candidate for Alice in Dairyland this year went and was credentialed through an agricultural marketing and communications certification program through DATCP, which consisted of modules designed to help prepare candidates for a role in ag communication, Jayne Krull, the director of DATCP’s Agriculture and Farm Center, said during the Finals event. The program is designed to give all finalists, whether they win or not, something to designate the rigor of the selection process they went through, she said.

Nunes will officially begin her role as Alice on July 6. Abigail Martin of Milton, the 72nd Alice in Dairyland, agreed to a one-month contract extension when coronavirus concerns postponed the Finals from May until June.

Nunes will still get a full year as Alice, though, as the Alice tenure will move to July through June, giving whoever is the current Alice the opportunity to end their role during June Dairy Month. That change was already in the works prior to the COVID-19, although the timeline was accelerated from 2021 to this year, Krull said.

Future Alices will still be selected in May, Krull said, but won’t begin their role until July.

“I am looking forward to ending with a big bang with June Dairy (Month),” Nunes said, noting that she hopes next year’s dairy celebrations will be able to open up more than coronavirus concerns allowed for this year.

Concerns about COVID-19, however, do appear as though they will follow Nunes from the delayed selection process through her start in her new role.

Over the past months, Martin has moved the role of Alice into a virtual space, something Nunes will likely have to continue, which is apt to present a unique challenge to a new Alice.

“I definitely think the virtual aspect will be challenging,” Nunes said, adding that she’s looking forward to the help she will receive from Martin as the transition is made.

Nunes said she particularly wants to be able to feature youth in agriculture who have had events like livestock shows canceled due to COVID-19 and find ways to offer industry tours even if they have to be adapted to the circumstances.

If restrictions are able to continue to loosen and in-person Alice events can resume, Nunes said she’s looking forward to participating in “hands-on agriculture” in cranberry bogs and ginseng fields, for example, and visiting fourth grade classes to share information about Wisconsin agriculture.

“Kids put a smile on my face,” she said.

With the COVID-19 pandemic still ongoing and not likely to be forgotten quickly, sharing the agricultural message with audiences of all ages can take on special importance now.

More people are becoming more disconnected from agriculture, Nunes said, and might not understand how much agriculture impacts the food supply and the economy or how much the pandemic has affected agriculture specifically.

As Alice, Nunes will now have the opportunity to share, in a word, the “perseverance” of Wisconsin agriculture.

“No matter what’s going on,” she said, “farmers still farm.”