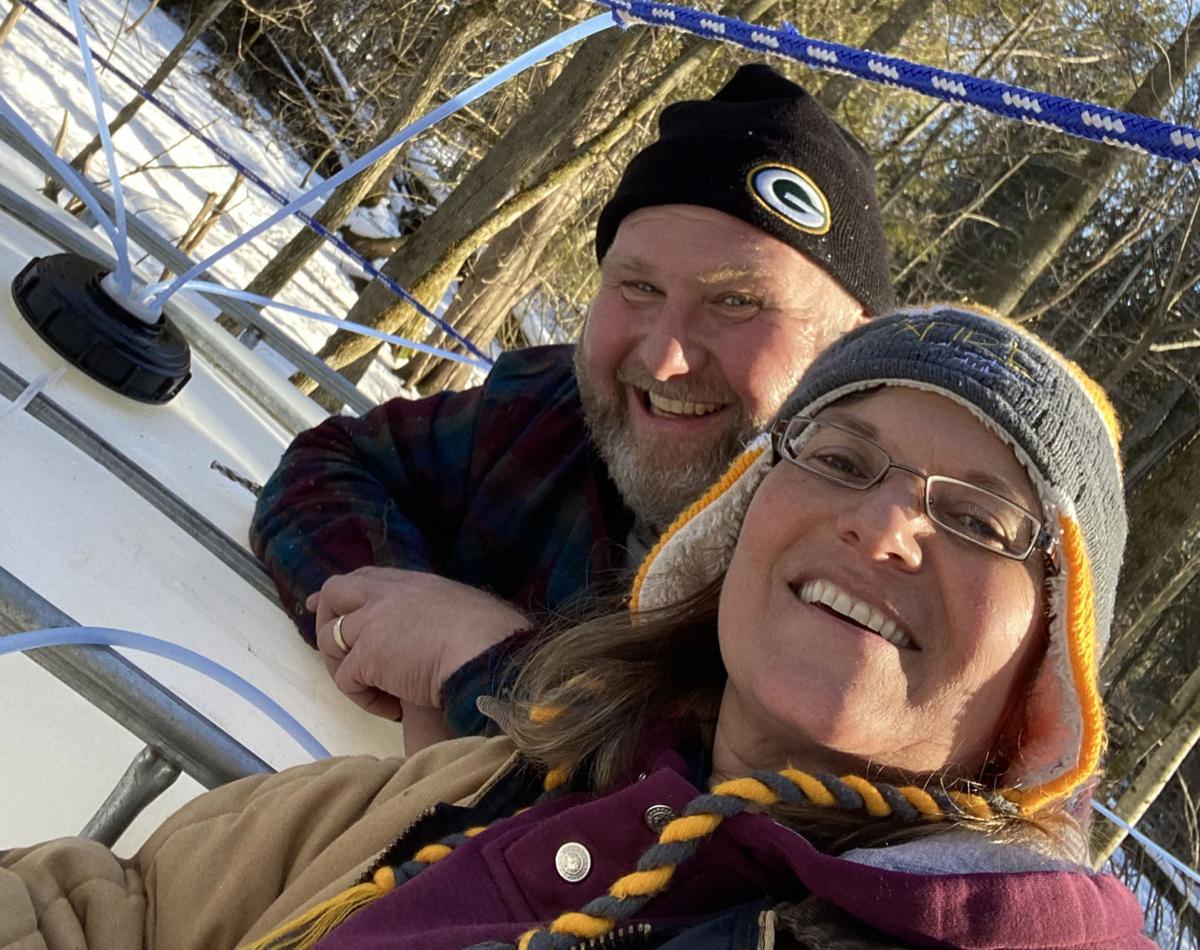 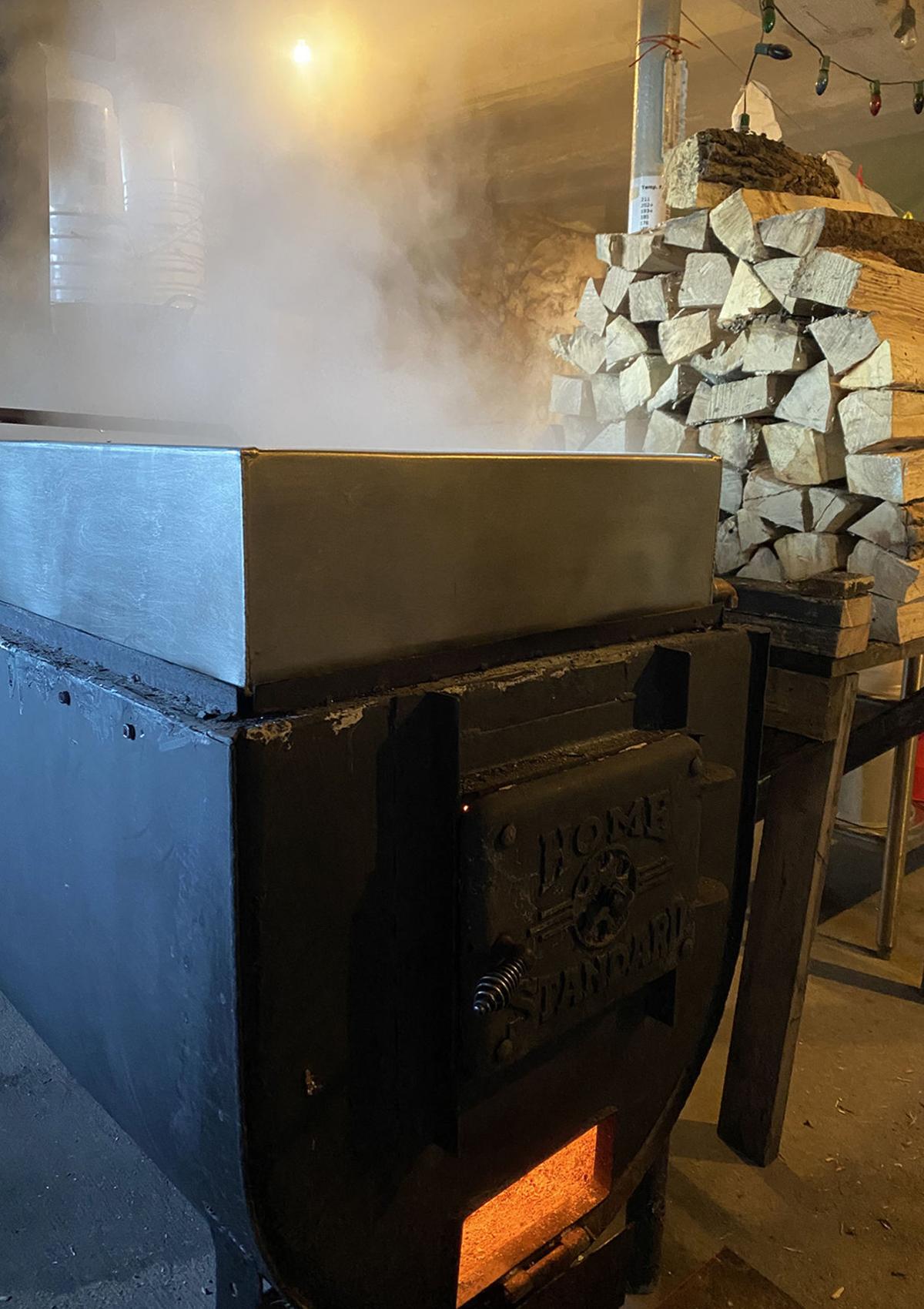 After a couple years of honing their craft, the family bought a small evaporator off Craigslist to expand the maple syrup operation. 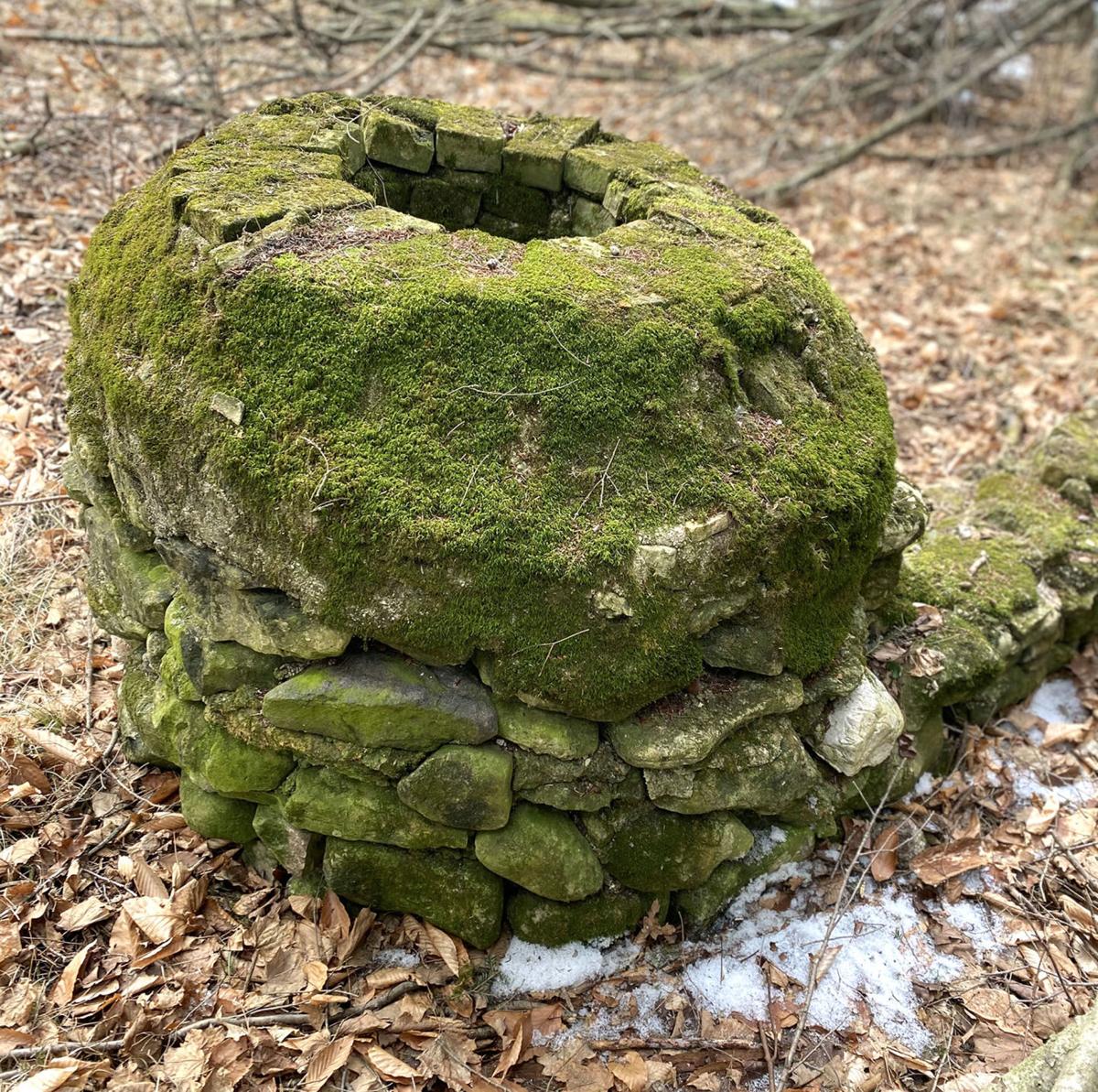 An old maple syruping setup in the woods was the inspiration behind the Wisconsin Maple Shine name. 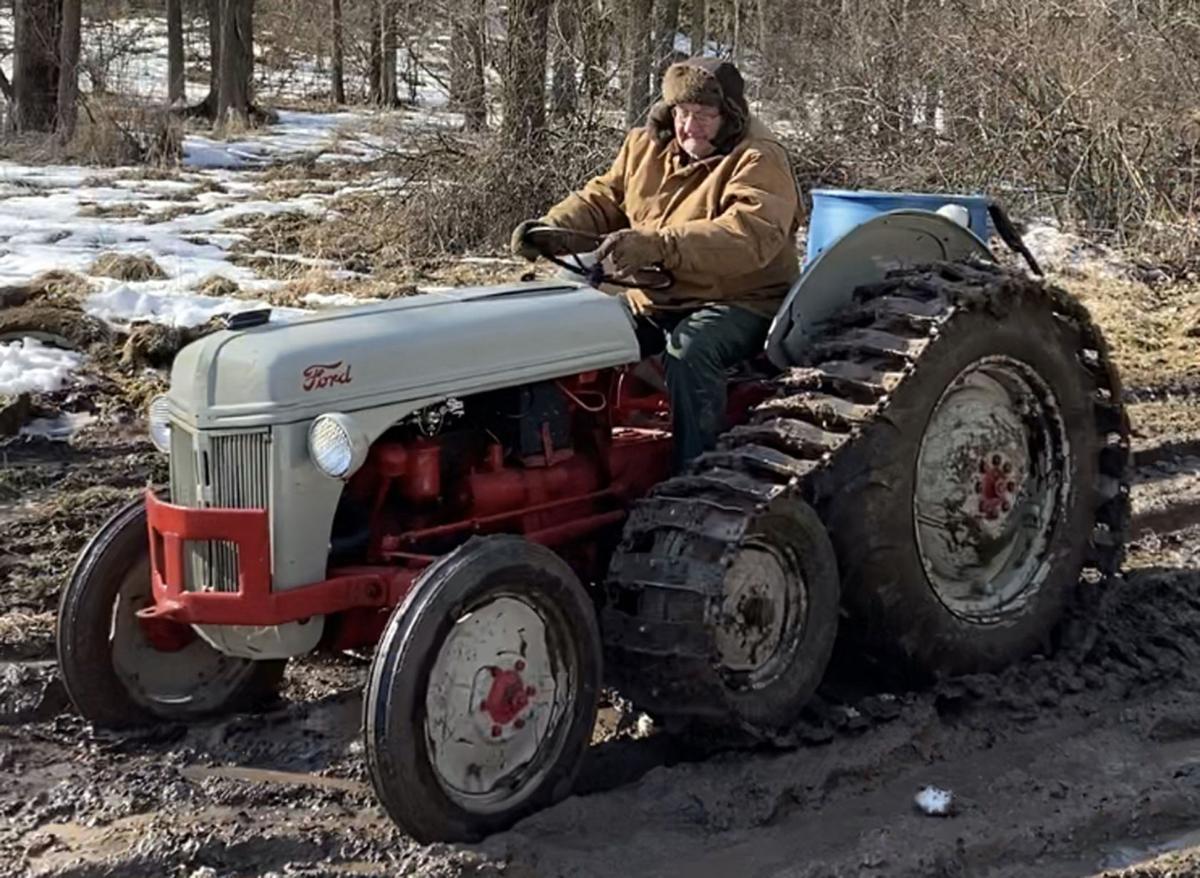 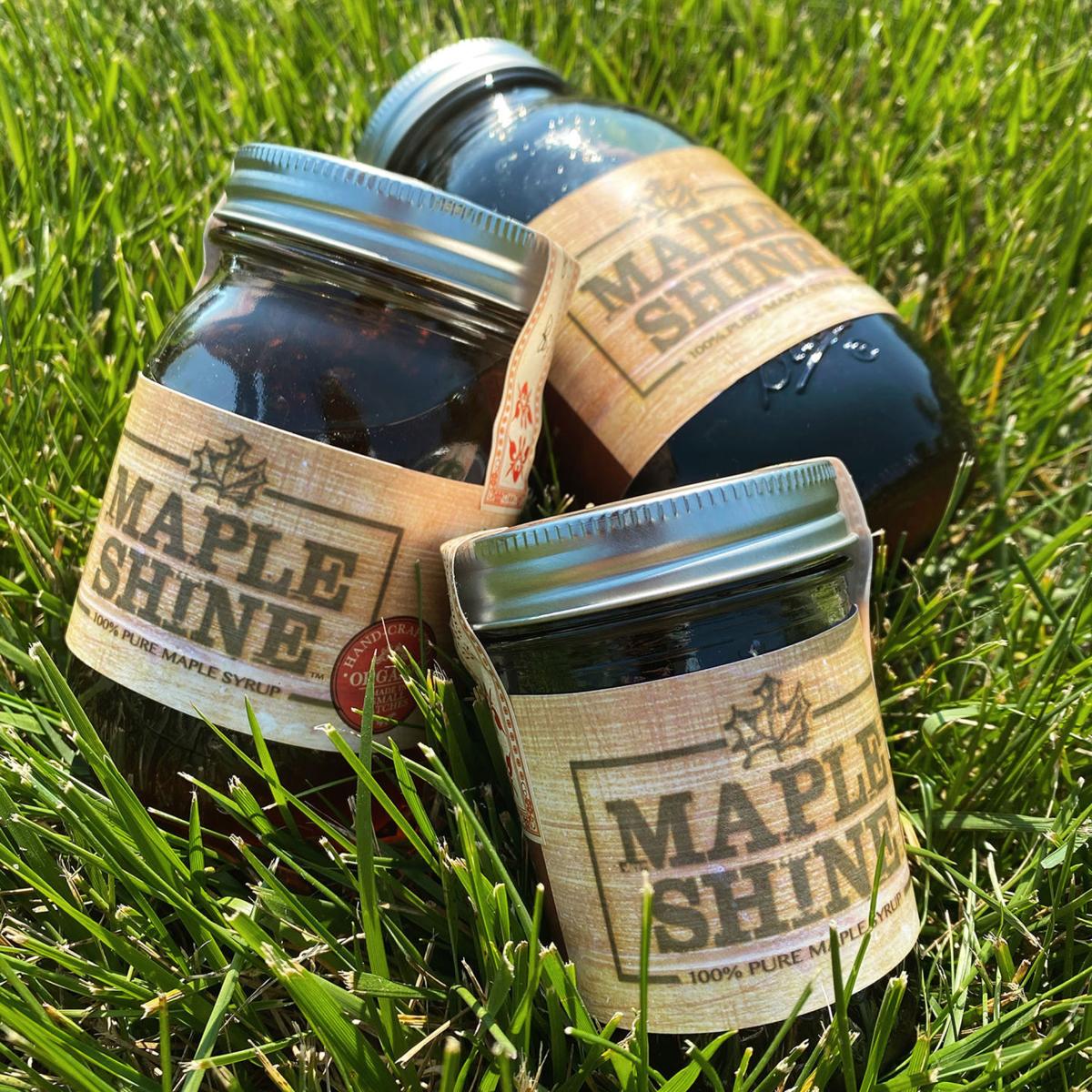 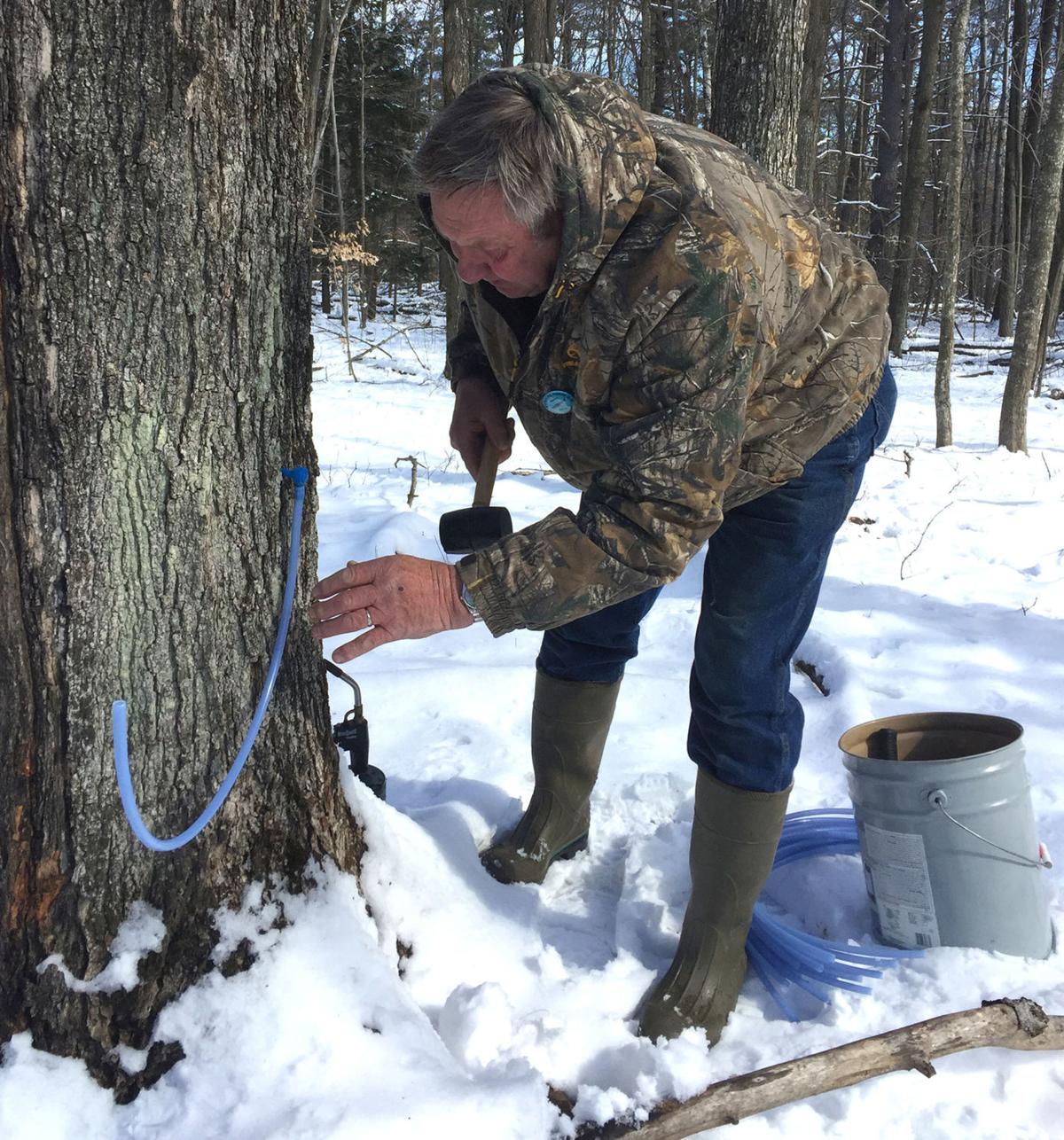 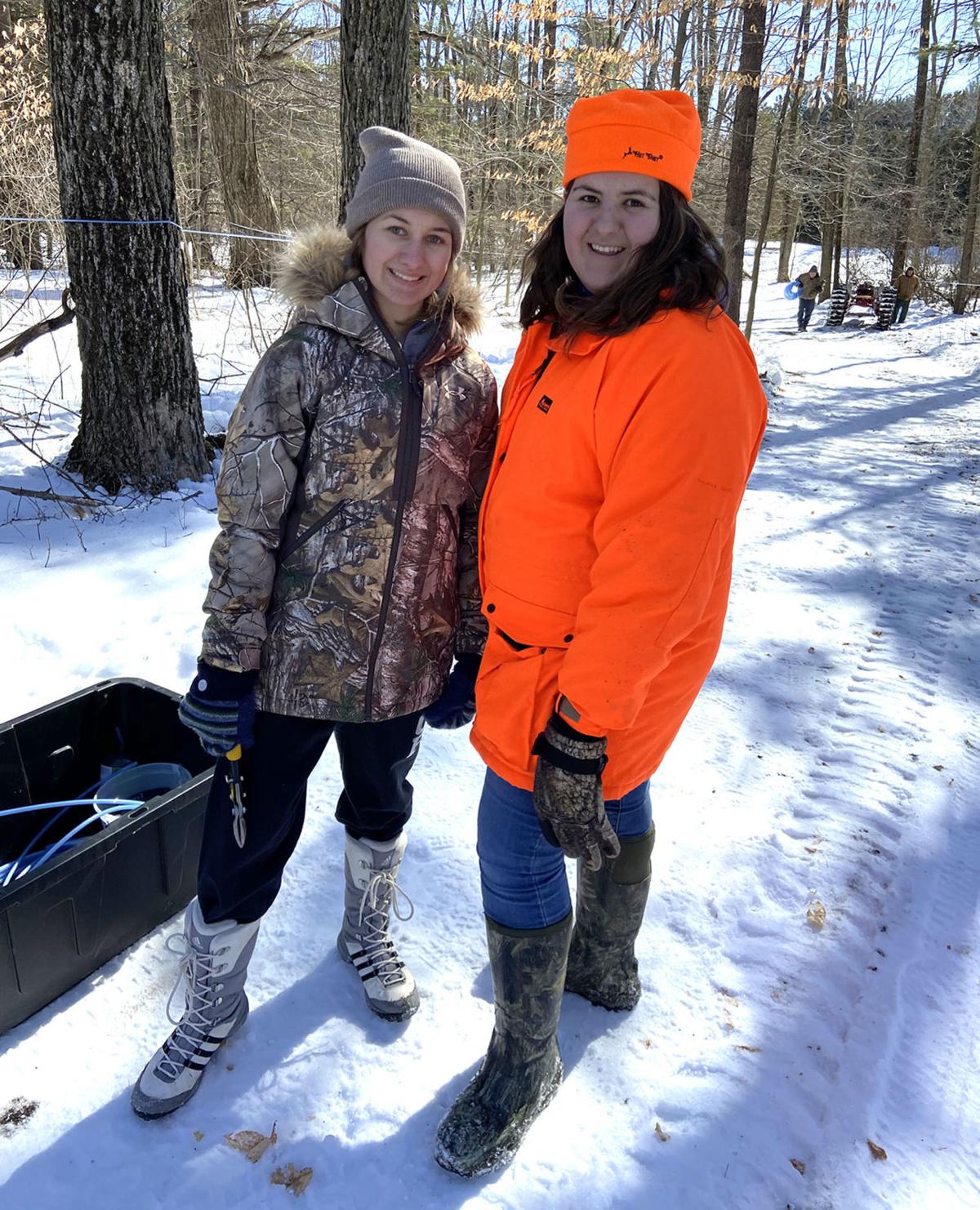 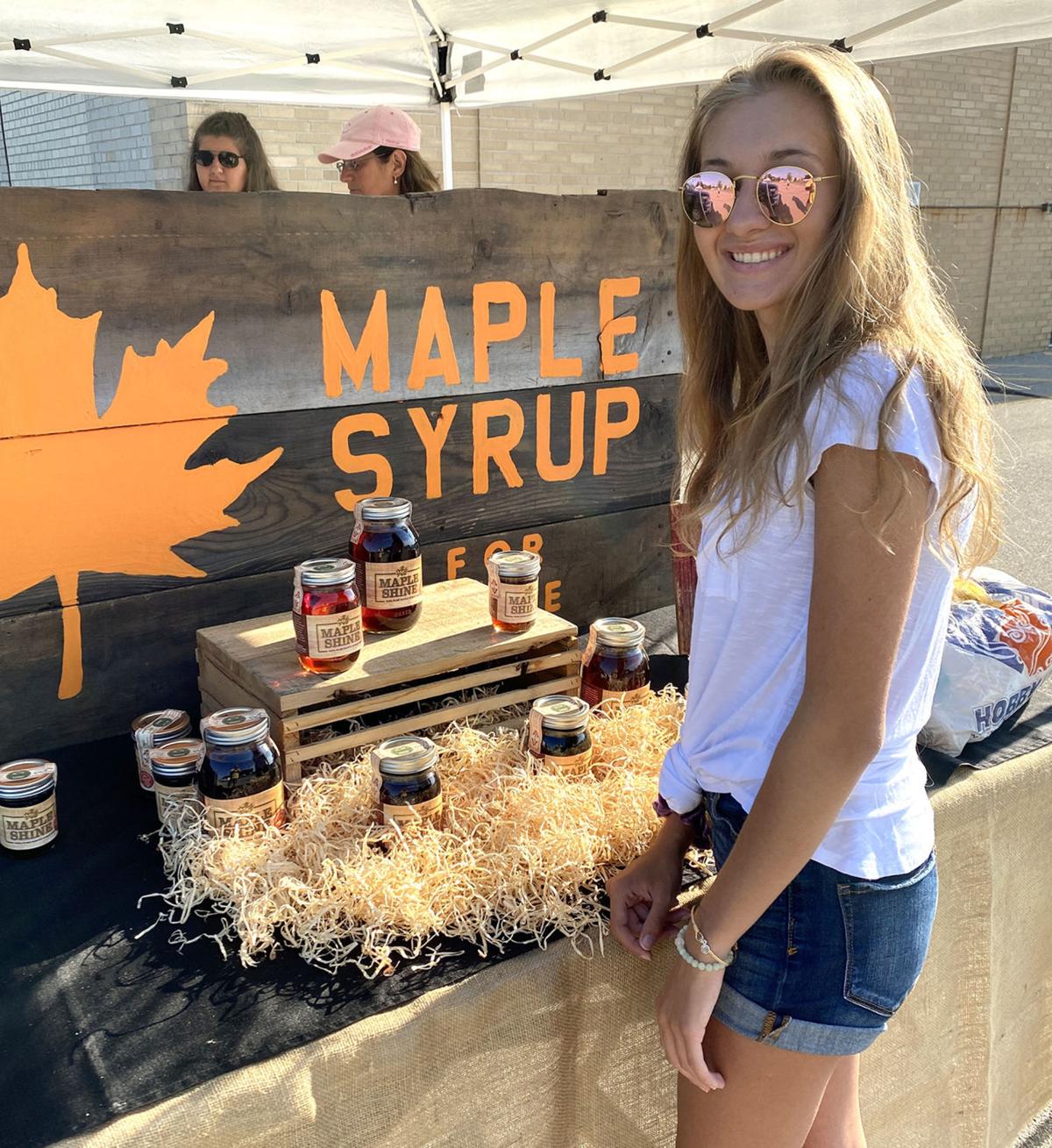 After a couple years of honing their craft, the family bought a small evaporator off Craigslist to expand the maple syrup operation.

An old maple syruping setup in the woods was the inspiration behind the Wisconsin Maple Shine name.

When Stu Schneider was a youngster, he came upon a makeshift setup in the woods used for producing maple syrup.

But he didn’t know that at the time.

“I thought it was an old still for making moonshine,” Stu said.

Over time, after learning the equipment’s true purpose, Stu began researching the process for making maple syrup. And that, in turn, led to the creation of Wisconsin Maple Shine, a family-run maple syrup operation in rural Manitowoc County that keeps alive those moonshine memories thanks to the clever business name and simple, old-style mason jars that contain 100 percent pure maple syrup.

“We’ve come quite a ways since we first tapped five or 10 trees about a decade ago,” he said. “Now we’re tapping about 150 trees and producing 60 gallons a year. We love it.”

They are in the midst of a robust maple syrup season, having started in late February with plans to continue through early April. Family members gather on the weekends, with James and sometimes Ron also working during the week. Maria attends college in De Pere and Gabriella attends college in Chicago. Ron drives from Stockbridge.

Wisconsin Maple Shine is especially meaningful to Stu since it’s based on the former dairy farm on which he was raised. Stu and Lucia live in Pleasant Prairie, near Kenosha, and Stu works full-time as an executive for a medical device company in Chicago. Yet during maple syrup season the family makes sure to spend every Friday night through Sunday night at the Manitowoc County farm, which is about two hours north of Pleasant Prairie near Kellnersville.

“I no longer live on the farm, but the farm is always going to be a part of me,” Stu said. “(Wisconsin Maple Shine) was a way to get out of the house in the springtime and spend time outdoors, which I love. It was something for my dad and I to get out and do.

“I don’t think there’s any better childhood you could have than growing up on a dairy farm. You learn hard work and develop a strong work ethic. Things don’t come easy. Everything requires effort and dedication.”

James and Patricia purchased the farm along the banks of the Branch River in 1972 when Stu was 4 years old. The family milked Holsteins up until the parents’ retirement in 1998. Stu and Lucia bought the farm at that time, and James and Patricia have continued to live there ever since. Much of the 288 acres remains farmable land.

When the idea for tapping maple trees came about, the family was pleasantly surprised with the early results.

“Our first batch of maple syrup, which we were doing for fun, was very tasty and very self-satisfying,” Stu said. “But we didn’t really know what we were doing at the time. We didn’t know how to filter it. We didn’t know exactly how to can it. So I did more research and we got better at it.”

After a couple years of honing their craft, the family bought a small evaporator off Craigslist, and the person they purchased it from shared additional maple syrup insight.

“We bottled a few and gave them away to friends and family, and they’re all like, ‘This is really good. It’s better than other maple syrup we’ve bought,’” Stu said. “So I got this crazy idea that maybe it was good enough to sell.”

Stu spoke with a friend in Pleasant Prairie who sells flowers around the Memorial Day holiday and asked if he could try selling some maple syrup there.

“Everything we made that spring we sold,” Stu said. “Everybody loved it. I got a ton of really positive feedback. That ballooned into tapping more and more trees. Now we’re at about 150 trees and it has become a family operation.”

He added that Maria and Gabriella “have been involved with everything from tapping to boiling to labeling to helping me sell. Everybody does a great job helping. To end up with 60 gallons of maple syrup for just a small family operation is a lot of work, but we love it.”

Stu said the family members feel comfortable where they’re at with annual production, especially since it keeps quality at a high level.

“To grow even more, we’d have to put more time and energy into it and that would also mean an investment in some bigger, newer equipment,” he said. “But I actually like doing things the old-fashioned way. We don’t have an elaborate setup. That flat pan we use gives it a rich flavor, and I’ve got a loyal customer base that has really enjoyed our product. That’s rewarding to have people be that loyal to a product you make. We want quality, not quantity, and I think we’ve got maple syrup with excellent quality.”