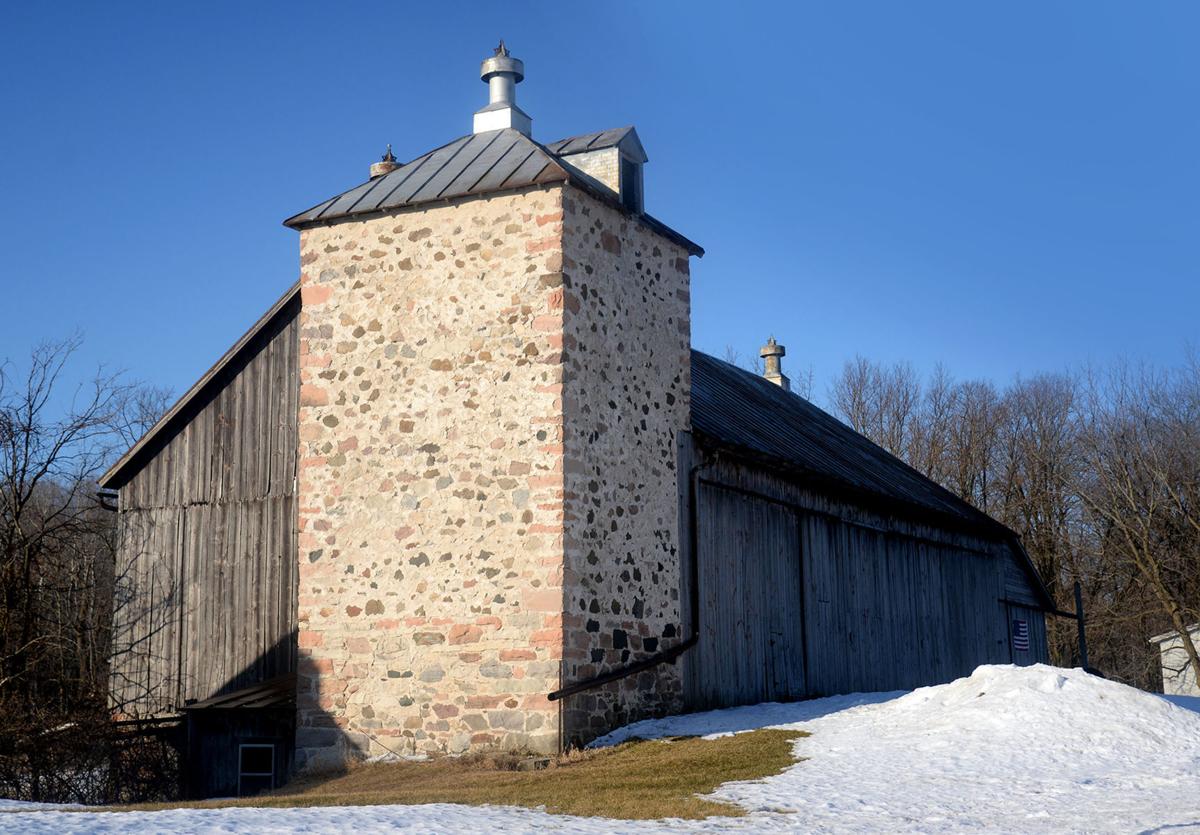 This square fieldstone silo in the town of Liberty is a rare sight. 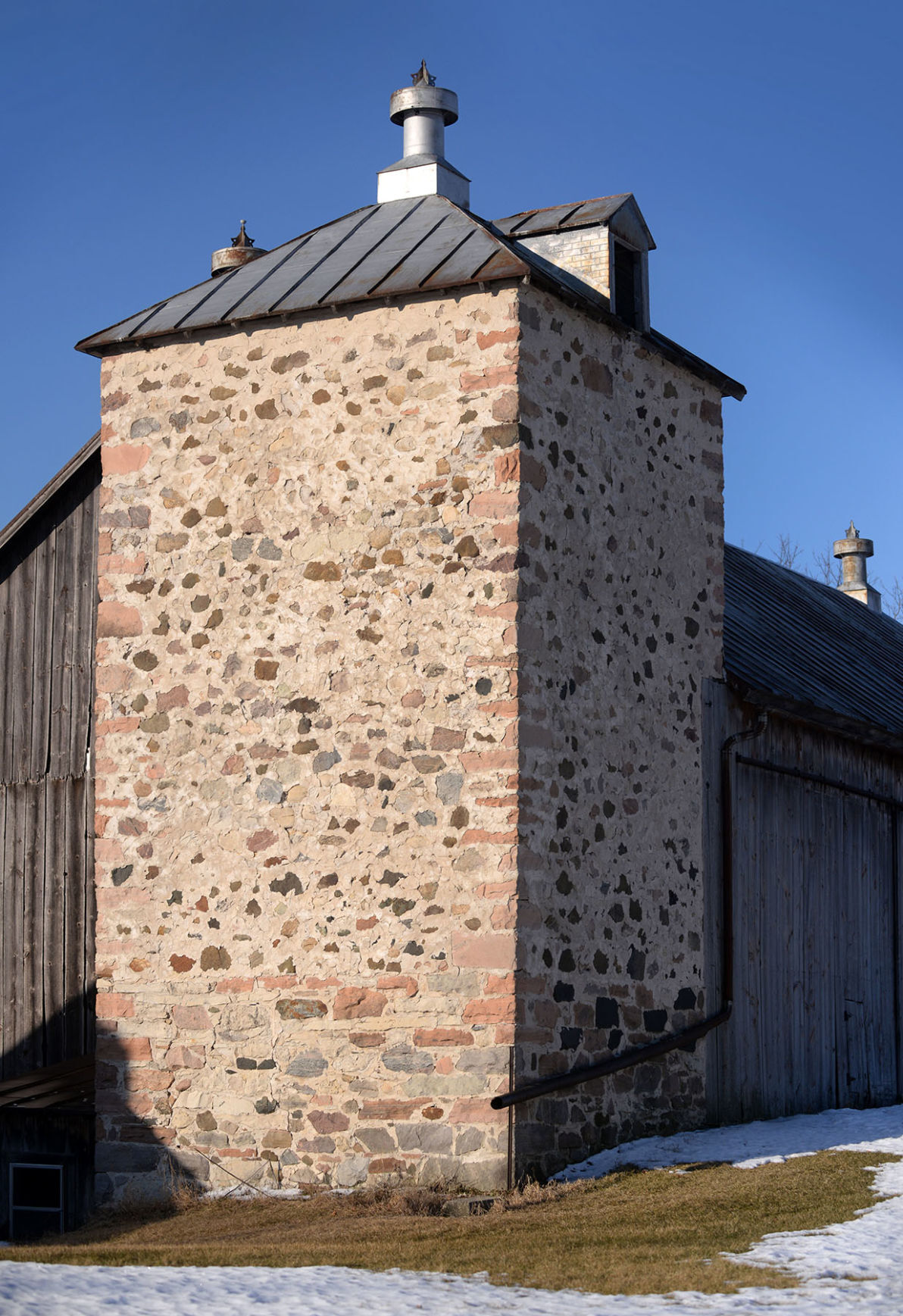 Construction of the silo began in 1933. 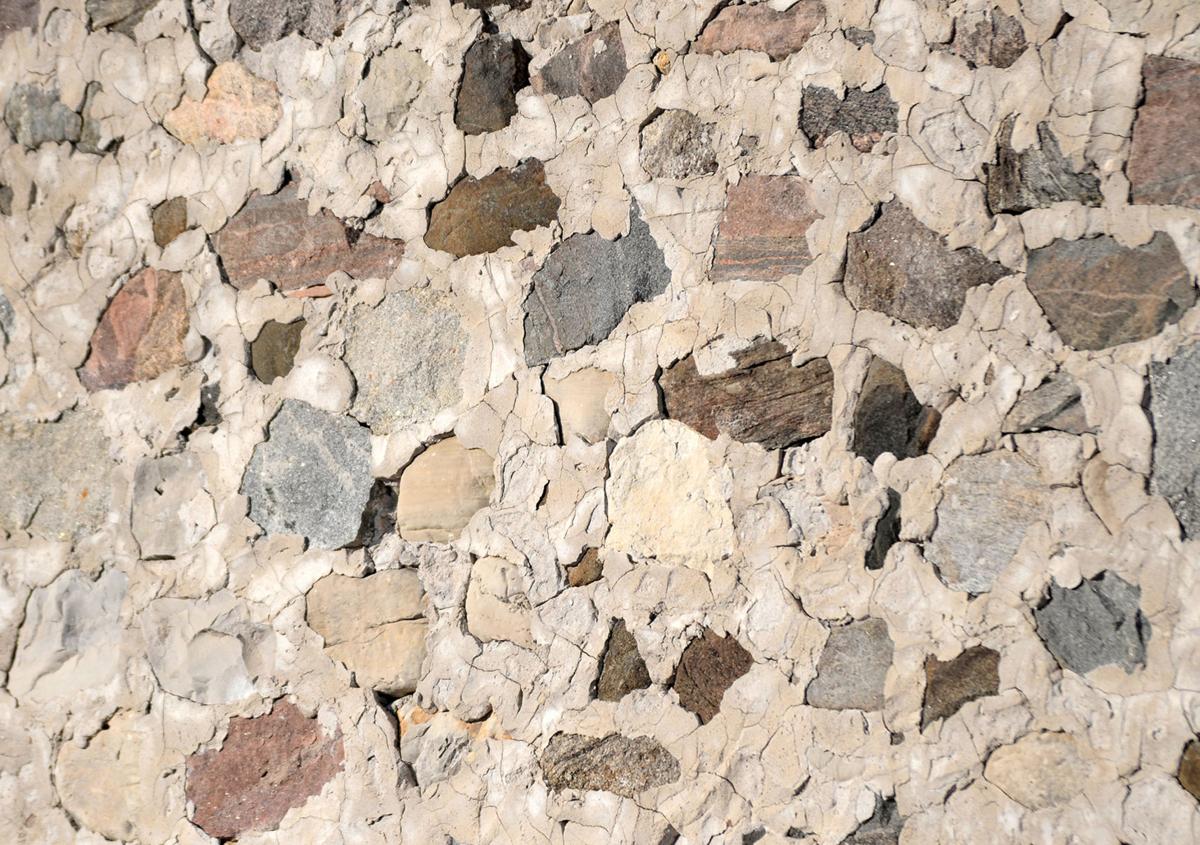 It’s unusual to find a fieldstone silo in Wisconsin, much less a square one. 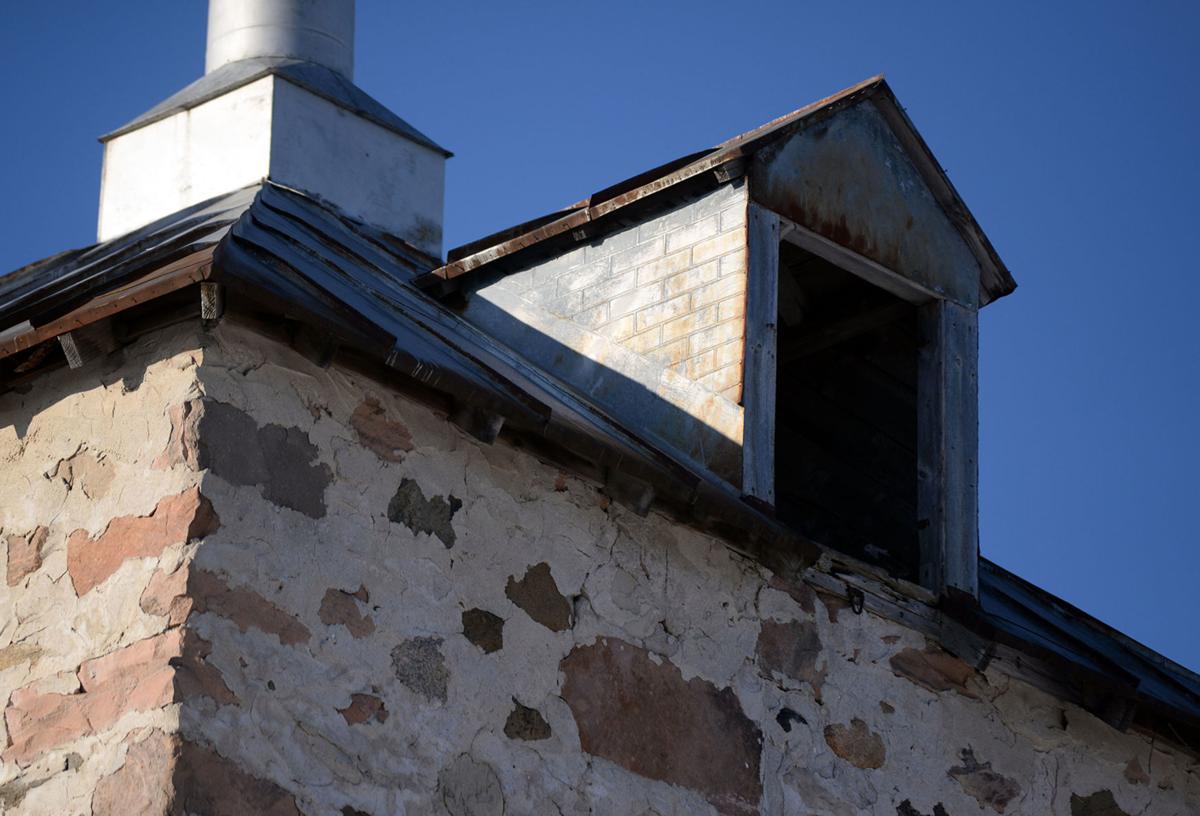 The silo reaches a height of 60 feet on the inside.

This square fieldstone silo in the town of Liberty is a rare sight.

Construction of the silo began in 1933.

It’s unusual to find a fieldstone silo in Wisconsin, much less a square one.

The silo reaches a height of 60 feet on the inside.

Fieldstone silos in Wisconsin aren’t all that common.

Square silos can be even more difficult to find.

So what are the chances of coming across a silo that combines both features?

Pretty good, assuming you just happen to be passing through a quaint country road in the town of Liberty in rural Manitowoc County.

A beautiful square silo built from fieldstone proudly stands alongside an old barn on quiet Christel Road, just southeast of the village of St. Nazianz.

The silo was constructed in 1933, during the depths of the Great Depression, by the late Bill Christel and a few friends when he was 28 years old.

Bob Domagalski of the St. Nazianz Area Historical Society shared written stories that mentioned how Bill’s neighbor, Johnny Meyer, sought to remove a stone fence so he could install a barbed wire fence. Bill hauled the large stones from that fence and acquired the rest of the stones from various locations on his 260-acre farm. He hauled enough stones each night to keep construction going the next day.

The silo, with walls two feet thick, was started in early spring 1933 and completed that fall in time to store a crop a corn.

The original wood stave silo was part of the barn, so that needed to be dismantled, leaving a base of 8 feet in the ground and 2 feet above the ground. The total height of the inside of the fieldstone square silo is 60 feet.

Isadore Meyer and Rueb Riesterer completed the wood framing atop the silo, and the roof was finished in sheet metal by Bill Christel.

A tree trunk 12 feet in diameter was converted into a pulley with a hoist erected on the ground so stones and plaster could be hauled up to the workers on top. Supplies were loaded on a wheelbarrow and hauled up the hoist so they could be wheeled around the scaffolding.

Most of the large fieldstones were split and chipped on the ground, but some chipping couldn’t be completed until the stones were fit into place. A mud plaster was used inside and out, made from limestones from the nearby Valders quarry.

Work on the silo began after regular farm chores were finished, and safety was always a top priority. Christel and his friends reportedly were “very proud” that there was not one accident throughout the construction.

Years after the silo was completed, Bill was quoted in a local story as saying that the construction crew looked like the Arnold Schwarzeneggers of the mid 1930s.