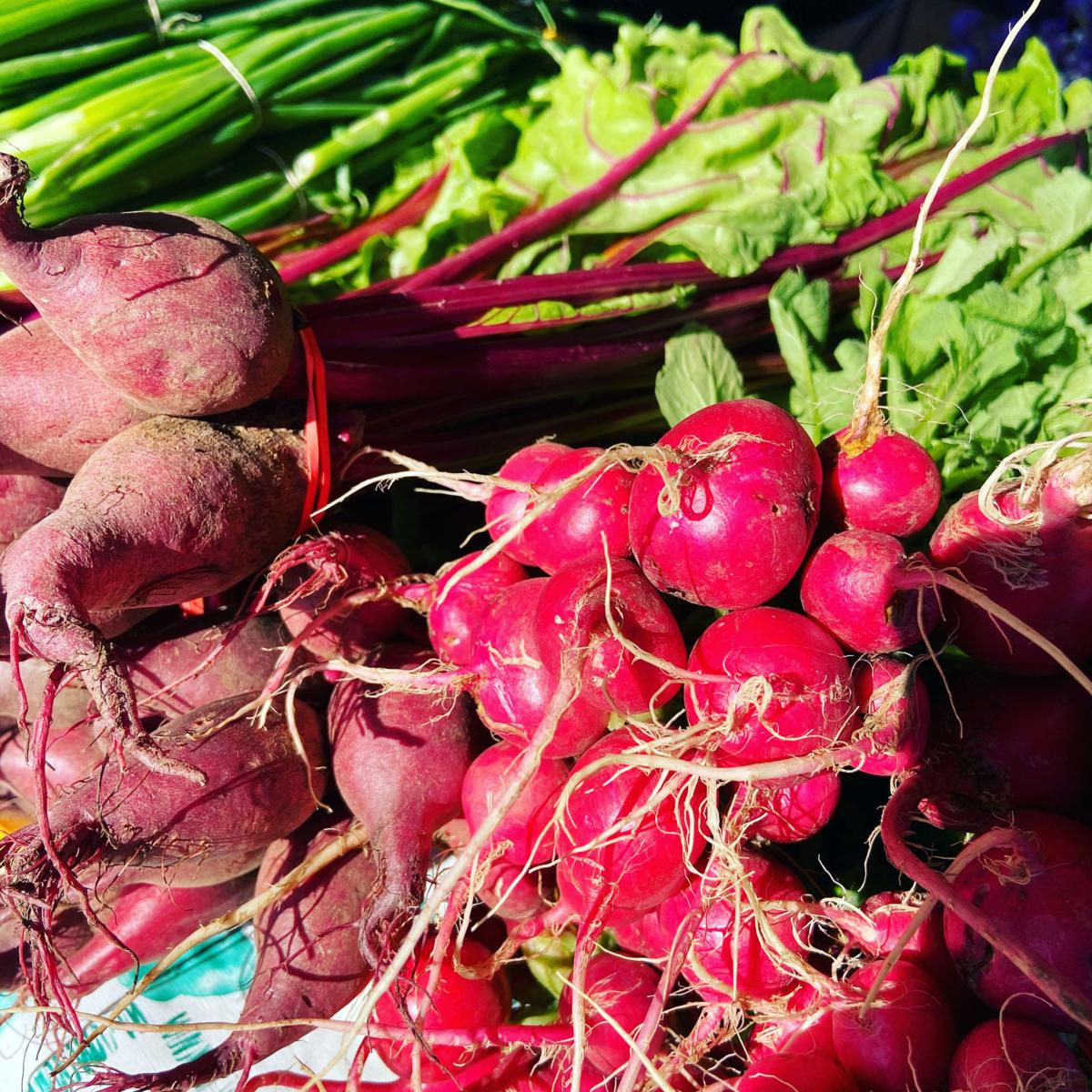 Produce, like this from a May 2020 Menomonie Farmer's Market, and other goods will soon be on full display as outdoor farmers markets in the state open for the season. 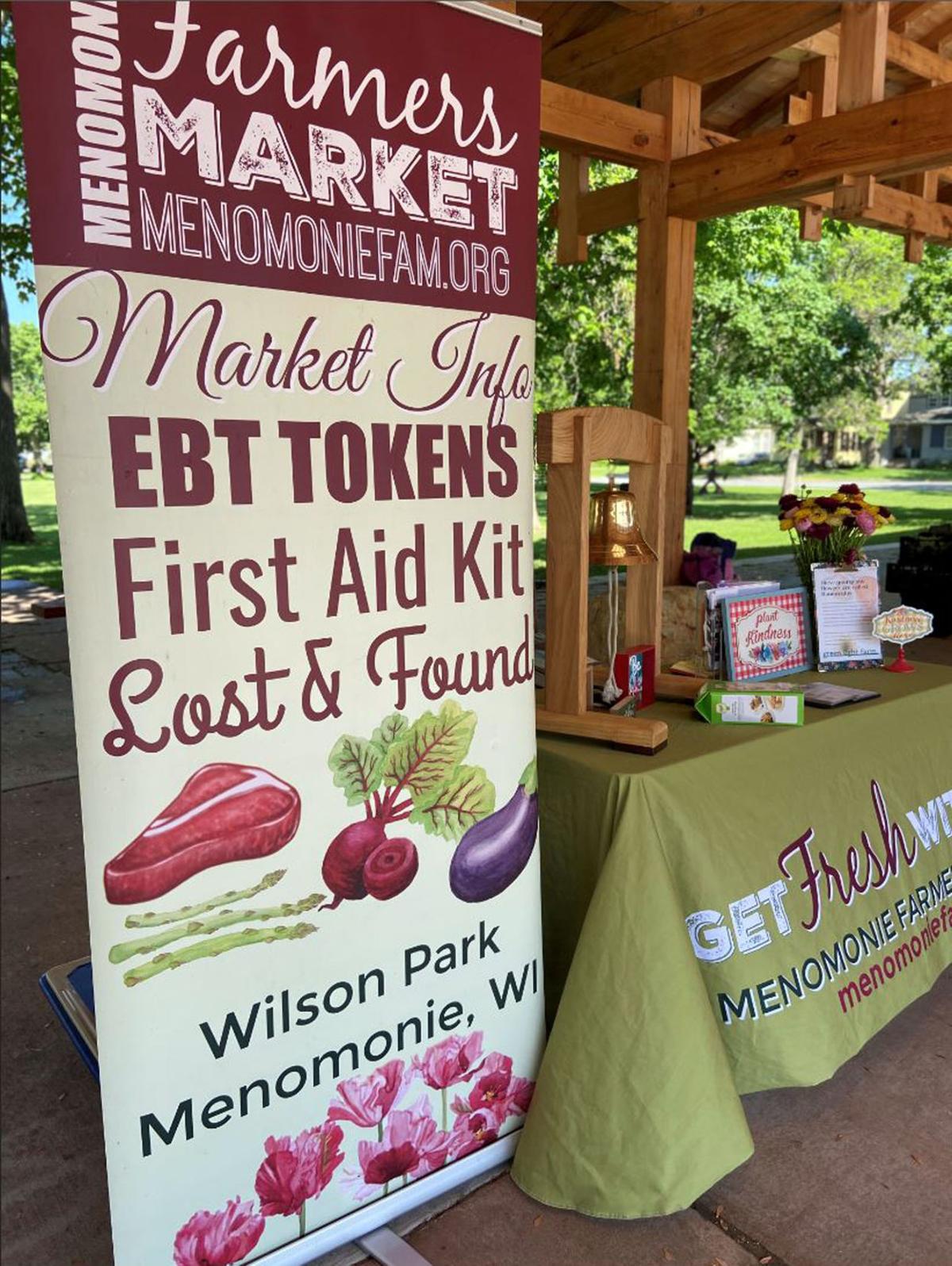 The Menomonie Farmer’s Market will kick off on May 17. 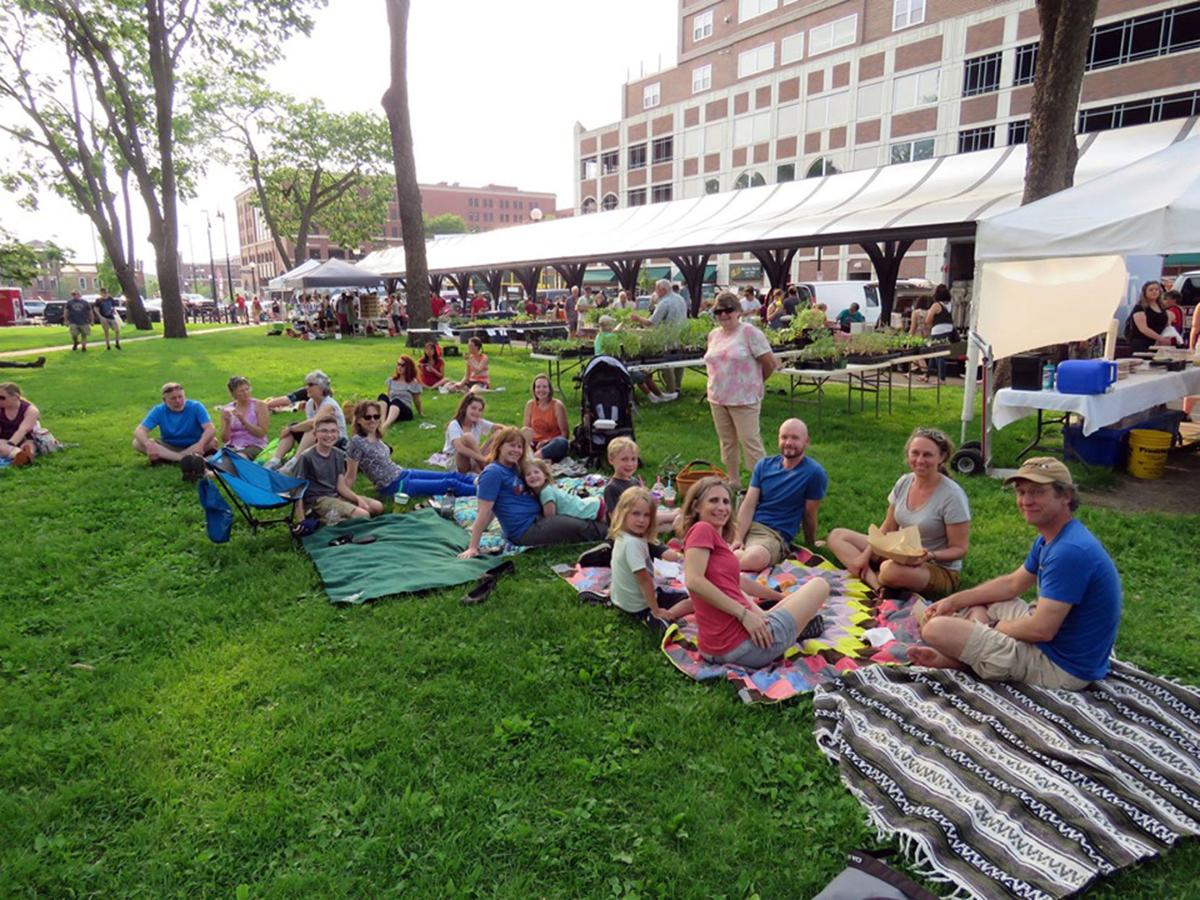 Farmers markets, like the Cameron Park Farmers Market in La Crosse, provide a spot to find produce, shop for a variety of other products and gather as a community.

Produce, like this from a May 2020 Menomonie Farmer's Market, and other goods will soon be on full display as outdoor farmers markets in the state open for the season.

The Menomonie Farmer’s Market will kick off on May 17.

Farmers markets, like the Cameron Park Farmers Market in La Crosse, provide a spot to find produce, shop for a variety of other products and gather as a community.

Robins returning, green grass growing and first flowers blooming are all signs that spring is settling in across Wisconsin.

As May begins, another hallmark of warmer weather and the start of the growing season is returning as well: outdoor farmers markets.

For some, the return of their local farmers markets — and the fresh produce, meat, eggs, artisan goods and other products that they feature — can’t come soon enough.

A lot of calls have been coming in to the Menomonie Farmer’s Market inquiring about the market’s opening date, said Veronika Zazovsky, the market’s general manager. Some have even asked about the possibility of getting that date moved up.

But the May 15 opening of the Menomonie Farmer’s Market, which runs Wednesdays and Saturdays in Wilson Park, was selected based on the availability of vendors and the produce they’ll have at that time, Zazovsky said, leaving excitement to build until then for Menomonie market-goers.

Market-goers will have a slightly shorter wait in La Crosse, where the Cameron Park Farmers Market is slated to open on May 7 and 8, running on Fridays and Saturdays.

In La Crosse, there’s the “benefit of being located in our Cameron Park in lovely downtown La Crosse,” said Linda Vale, market manager for the La Crosse Farmers Market Association. The market amenities also allow for a variety of producers to take part.

Vendors are also at the heart of the Menomonie market, which is small but growing, Zazovsky said. Wednesday markets typically feature 25-35 vendors, while Saturday features 45-60. That number can fluctuate higher or lower due to the fairly unique “flexible” and “vendor friendly” system the market uses to accommodate vendor scheduling and emergencies, she said.

On Saturday mornings, Zazovsky said her most uttered phrase is “no worries.” As a farmer herself, she said she can relate to sudden problems that can arise at any time.

Even though Zazovsky sells products online year-round, she said that it’s “not the same as seeing the smiling faces” at the farmers market. At a farmers market she gets to meet her customers and thank them for supporting her farm.

And customers being able to support their local producers is major draw for farmers markets.

“I know that when customers come to our market, they are of course coming for great food and homemade goods,” Vale said, “but they are also coming to talk and share and laugh with the farmers and artisans they’ve grown to love.”

Patrons get to directly support local farmers, artisans and other producers and support the local economy, Zazovsky said.

When customers shop locally at the market, they buy from people in their own community, Vale said. “Our vendors are our friends and neighbors.”

That producer-to-consumer connection provides access to healthy food to consumers while giving “more cents per dollar” to the producer, Vale said.

At the market, customers can “diversify their cuisine” and find specialty produce unlikely to be found at larger grocery stores, Vale said, such as some of the produce offered at the La Crosse market by Hmong farmers.

Still-warm bread “fresh from the oven” can also be hard to come by elsewhere, Zazovsky said. Or it could be that some products at farmers markets are grown or produced in such small quantities that the farmers market is the only location the products would be sold at.

The coronavirus pandemic, which affected operations at many farmers markets last year, continues to be a factor. Farmers markets have been seen by many as a safer option when they’re outside, but some precautions have still been taken or considered.

Zazovsky said that she will continue to monitor the latest public health recommendations to shape guidelines for the Menomonie Farmer’s Market.

Currently, vendors will wear masks and be spaced in accordance with social distancing, Zazovsky said. Hand sanitizer and washing stations will be available for patrons, and the market is asking visitors to socially distance when possible. Adapting the market’s layout last year to be one-way traffic turned out to be an overall positive change, Zazovsky said.

In La Crosse, masks, social distancing, hand washing stations and “other safe shopping supports” will be in effect, too, Vale said.

The farmers markets aim to be a place where the community can gather safety.

In Menomonie, visitors are invited to stop by to grab lunch and bring their picnic blankets with them while listening to music, Zazovsky said. The park is also pet-friendly, although pets aren’t allowed at the market pavilion.

Local musicians will also be back to entertain guests at the Cameron Park Farmers Market again, after the market couldn’t host them year, Vale said. The park also features a “wide open grassed area” and a playground.

“This is perfect for setting up social distancing while folks eat great farmers market foods and enjoy the live music,” Vale said.

Find a Wisconsin farmers market in a county near you at wifarmersmarkets.org.