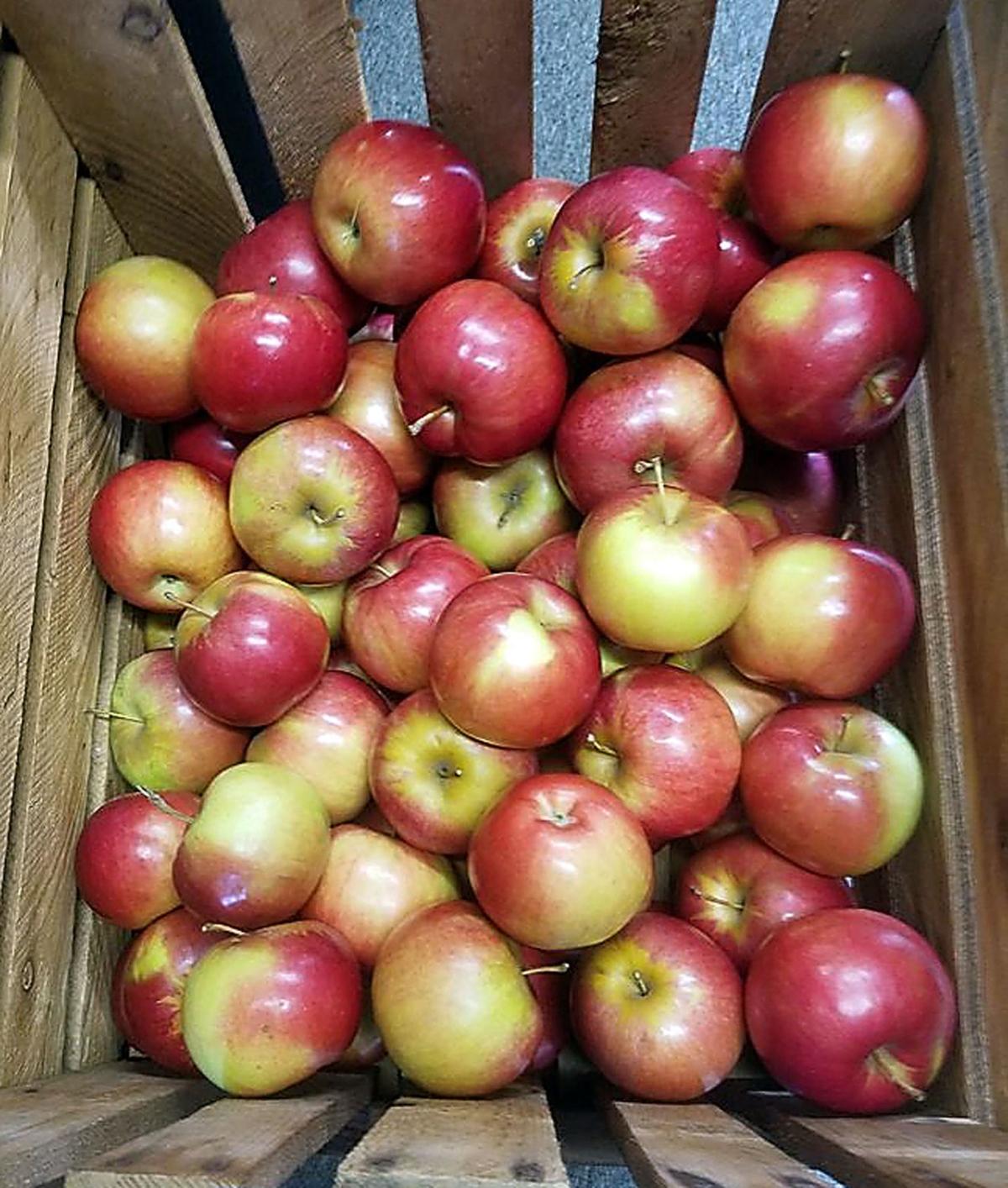 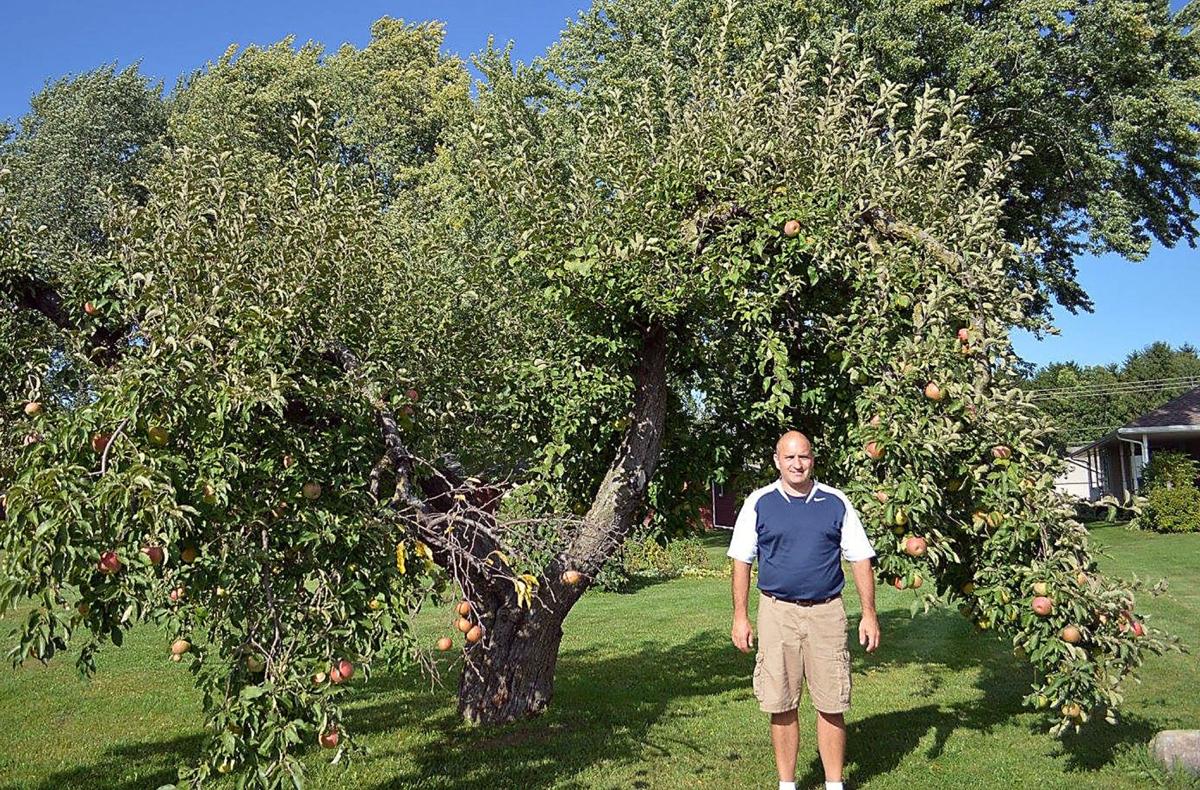 Apple-Licious Orchard owner Kurt Leiterman stood by a Fireside apple tree he used to sit in as a child.

Apple-Licious Orchard owner Kurt Leiterman stood by a Fireside apple tree he used to sit in as a child.

Considering a career change in your mid-40s may be daunting for some people.

“I didn’t have any concerns at all,” said Leiterman, 52, about establishing Apple-Licious Orchard seven years ago in rural Brown County. “I wanted a change. I wanted to feel free. And I definitely feel free when I’m outside on my own property and growing apples.”

Before starting the orchard, Leiterman built converting equipment. He continued in that line of work — while also devoting 40 hours per week at the developing orchard — from 2013 until this past spring, when his focus shifted solely to the orchard.

“I believe this is something God wanted me to do to help others eat healthy,” Leiterman said. “I see myself one day as a 78-year-old man lifting crates off the trailer — and happy doing it.”

Apple-Licious Orchard’s mission statement is “to supply and produce quality, healthy products for the community, grow with the community and support family values while honoring God.”

The family operation is led by Kurt and his wife, Lynn; Kurt’s brother, Ralph, and sister-in-law, Kathy; and Kurt’s son Garrett (his daughter, Larissa, also helped before moving). Kurt and Lynn are members of the Wisconsin Apple Growers Association and have taken produce safety courses.

The 9-acre orchard features 19 varieties of apples (and Bartlett pears) growing on about 3,000 trees, two-thirds of which are in production. This marks the fourth year the orchard is selling apples.

Honeycrisp, McIntosh and Cortland (Leiterman’s favorite) account for the top three most popular varieties of apples. “But I also have quite a few that are ‘offbeat,’ which is why I have them, for people who want to try something new and different,” he said. Among those lesser known but equally tasty varieties are Lodi, Oriole, Frostbite, Macoun and Connell Red.

Prior to becoming Apple-Licious Orchard, the land was leased by a farmer who rotated corn and soybeans. Leiterman purchased the land from his father in 2002 and for the next several years he harvested apples from a dozen trees.

After getting divorced in 2010, Leiterman said he “re-evaluated and wanted something different.” Fond childhood memories of sitting in a Fireside apple tree next to where the orchard now sits helped spark his interest in pursuing a new career in agriculture. That same tree lived for more than 55 years before dying last year.

“The Fireside apple tree brought back many memories like mom baking eight pies at a time and sitting in the tree eating apples until we got sick,” Leiterman said, noting he also enjoyed “spending time with dad and our local farmer maintaining the tree and watching the joy apples brought to others during the harvest.”

Leiterman said he wanted to leave behind a legacy. So he spent a year conducting research and took a grafting class at a local UW-Extension office. Eventually, he started with a 1,000-tree nursery in the spring of 2013.

“With a 97 percent grafting success rate, we went all in with my dream to leave a legacy behind,” he said.

And how is that process going so far?

“I think it’s going well,” Leiterman said. “We’re continuing to learn as we go. But I feel we’re getting to be well known. People are getting to know us for the quality of our apples, because we only sell our best apples.

“It just feels good to be doing this. We get a lot of good feedback. People are very appreciative of the hard labor and late nights that go into this. That’s what keeps you going — that they cherish your work and the quality of the apples you’re growing.”

Apple-Licious Orchard is at 4541 Shawano Ave., about 10 minutes northwest of the Green Bay area in rural Brown County. Apples for sale are all pre-picked; not all varieties are available year-round. Business hours at the orchard are 1 to 5 p.m. on Saturdays and Sundays, and noon to 5 p.m. on Fridays.

For more information, including additional days and times for purchasing the orchard’s apples at other nearby locations, visit www.appleliciousorchard.com.