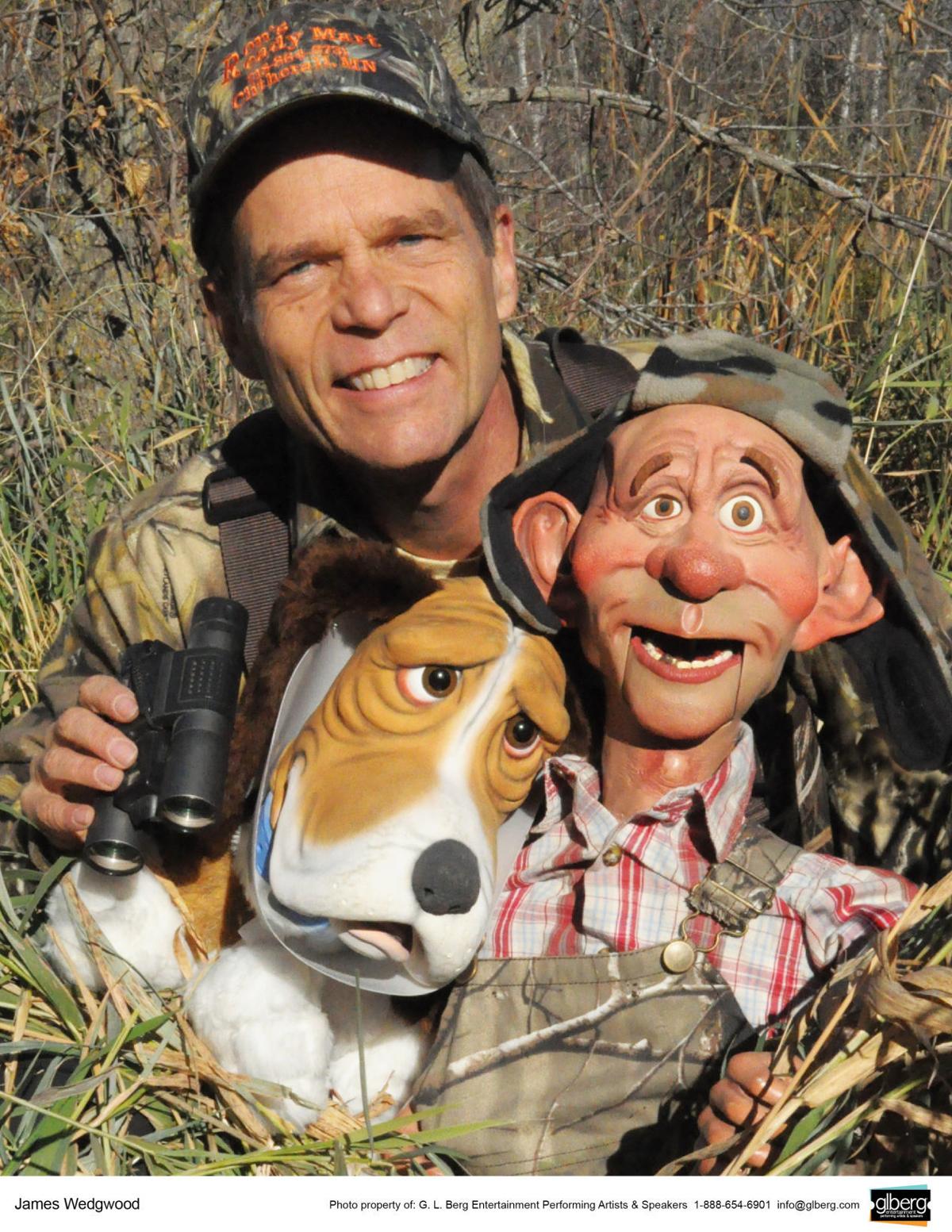 James Wedgwood is pictured with his wooden friend Willard Twittsnoggle and his canine companion Lukey. 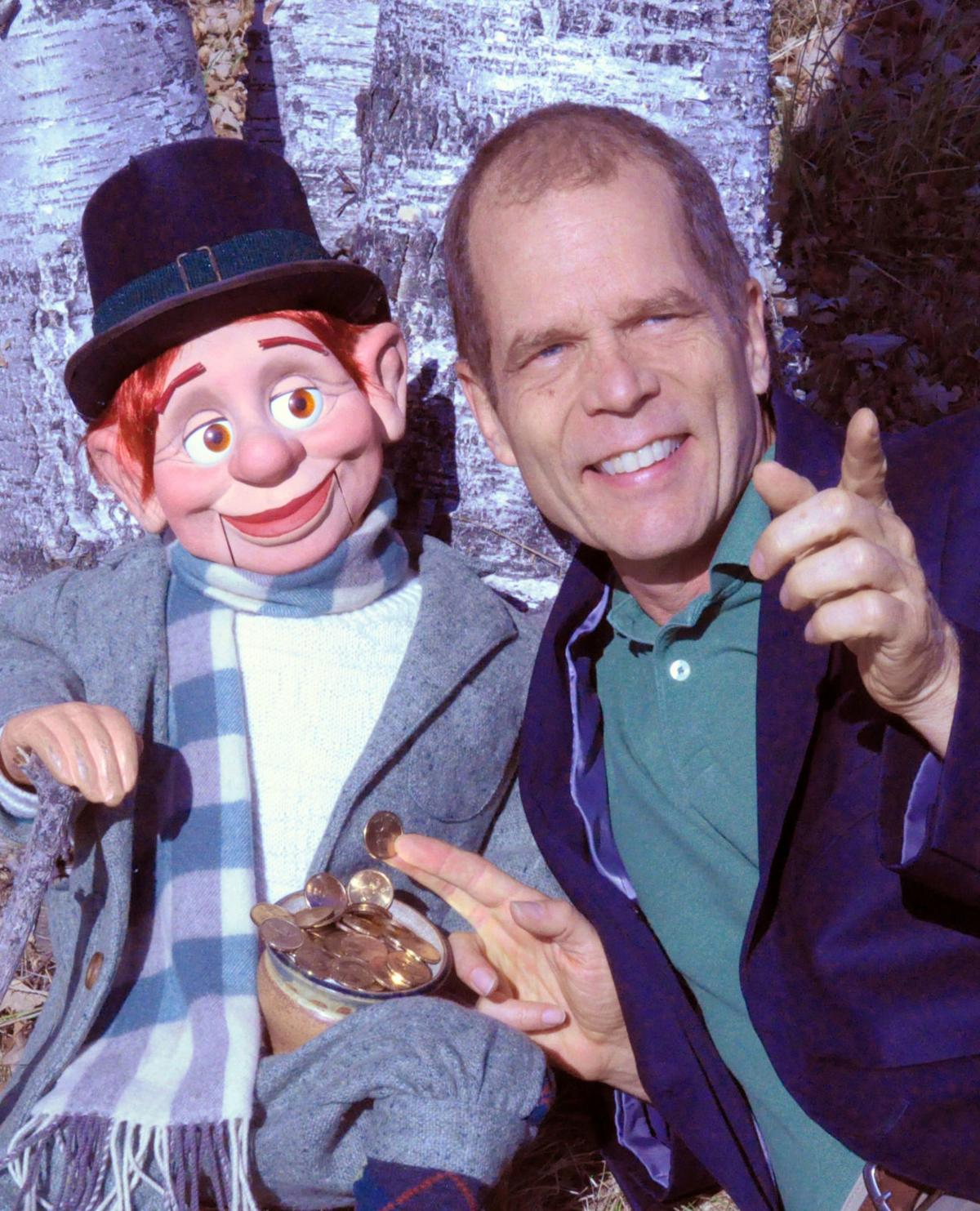 Wedgwood’s first character, Patrick McWiggins, is a leprechaun and a crowd favorite during his shows.

James Wedgwood is pictured with his wooden friend Willard Twittsnoggle and his canine companion Lukey.

Wedgwood’s first character, Patrick McWiggins, is a leprechaun and a crowd favorite during his shows.

James Wedgwood grew up in Indiana, graduating from Indiana University with a degree in theater. After college, he began a career in acting, earning the title of “Best Actor in Indianapolis” from the Indianapolis Encore Association before moving to the Twin Cities to continue his passion for performance.

It was in the Twin Cities that he rekindled a boyhood fascination he had with ventriloquism — an art he now shares with people all across the country each year.

Those attending the Eau Claire Farm Show will have the opportunity to see Wedgwood and his accompanying dummies as he’s slated to perform two shows each day of the event. Those attending the farm show are invited to walk up and take a seat for his family-friendly shows, which average 30-40 minutes and will begin at 11 a.m. and 1 p.m. each day.

“Ag producers are just some of the finest people this country has,” he said. “They’re warm-hearted and passionate and they deserve to laugh because they work really hard.

“The country is so polarized and if I can get them away from that with laughter, it’s a success. And I have just as much fun as they do.”

Wedgwood was 9 years old when his aunt gifted him a plastic dummy with two records that taught him the basics of ventriloquism. But it wasn’t until he met an agent who encouraged him to put an act together that he decided to give it a go professionally.

He became a full time ventriloquist in 1988 and now has several wooden friends that accompany him on his adventures across the country. Wedgwood said a few in particular will be making an appearance at the Eau Claire Farm Show, including Patrick McWiggins, a quick-witted leprechaun and Wedgwood’s first character; Alf McNerny, an older “confused puppet”; and Bill the Bird (the Manic Prairie Chicken), who “flew over a radioactive” area in the Dakotas.

Wedgwood said there may be some surprise appearances as well, including his newest puppet Fleetwood Bob, a 1970s rocker/sound man that’s “having a little trouble adjusting to working with a ventriloquist.” Fan favorites like Willard Twittsnoggle, described as a “good ol’ boy who loves deer huntin’ and ice fishin,’” and Uncle Ernie, the relative that everyone knew growing up, will also be in tow with Wedgwood.

Before each show, Wedgwood likes to visit with the audience and mingle with the crowd, gathering extra ideas to incorporate into his show. It also loosens up the crowd and typically makes for a better show when he has a better understanding of who’s in the audience.

The show itself is interactive, with Wedgwood inviting people up on stage to interact with him and the dummies. Getting the crowd involved is always a hit, he said.

Wedgwood is especially looking forward to performing for the crowds at the Eau Claire Farm Show, which is conveniently located near his home in northwestern Minnesota.

“Wisconsin and Minnesota are my favorite states to perform. I never miss coming home,” Wedgewood said. “The people in these states are amazing.”

Won’t be able to catch Wedgwood at the Eau Claire Farm Show? Fortunately, he’s working on another project worth following: a public television variety show modeled after the shows he watched growing up. The variety show is called Minneshowta, and the first episode was recently recorded in collaboration with Pioneer Public Television.

“I’m excited about the new episodes. We had a great time with the pilot,” he said. “Each episode features a small town, which I explore with a dummy.”

For more on Wedgwood, and to see the first episode of Minneshowta, visit his website at jameswedgwood.com.