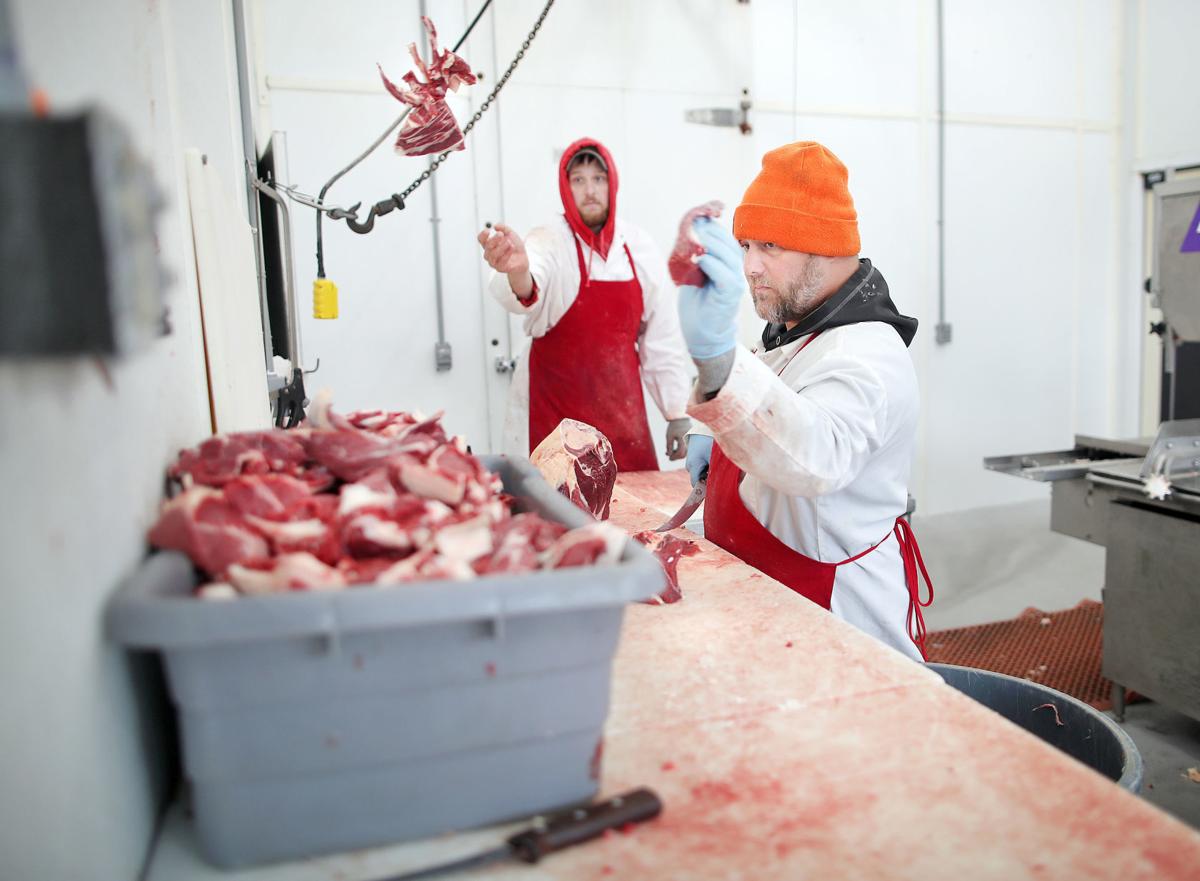 Josh Pryne, right, and Alex Morton, behind, toss cuts of meat into a bucket while working at Country Pride Meats in Clinton. The meat processor is working with Mark Finnegan of Finnegans’ RV Center to ensure animals raised by local 4-H and FFA youths this summer are processed in a timely fashion. 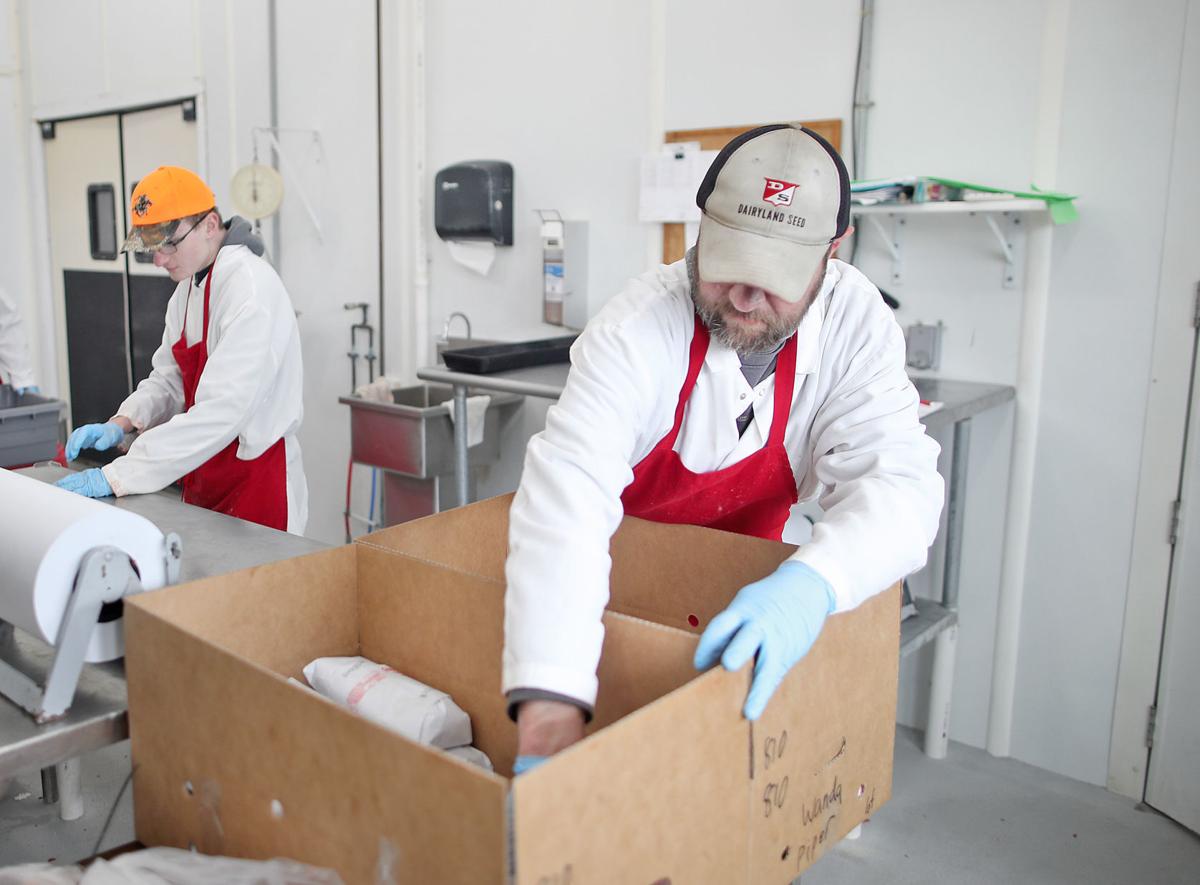 Josh Pryne, right, and Alex Morton, behind, toss cuts of meat into a bucket while working at Country Pride Meats in Clinton. The meat processor is working with Mark Finnegan of Finnegans’ RV Center to ensure animals raised by local 4-H and FFA youths this summer are processed in a timely fashion.

CLINTON — Kathy and Jeff Collins were farmers who branched out 11 years ago and started their own meat-processing facility and store in Clinton.

Two of their children, Jake and Jon, are now partners in Country Pride Meats, and they have contracts to butcher animals from now through 2021.

That’s a long time to have their services booked. Normally they would be booking contracts for November at this time, Kathy Collins said.

But Country Pride and other local meat processors can’t hire enough help to get the work done, she said.

Some weeks, her sons put in 60 hours, she said.

Enter Mark Finnegan of Finnegans’ RV Center in Beloit, the driving force behind the VetsRoll trips that bring military veterans to Washington, D.C., each year.

The coronavirus put the kibosh on this year’s VetsRoll trip, so Finnegan looked around and took note of the FFA and 4-H youths who had raised animals in the past year with the intention of selling them at county fairs, which were canceled.

He came up with Save Our Local Ag Kids, or S.O.L.A.K. The plan is to get those animals processed at a time when it’s hard to get any meat processed.

Finnegan conceived a plan to offer scholarships to people ages 18-25 to learn meat cutting at a technical school and go to work for a local processor. For those who want to learn on the job, the program would subsidize their wages at $12 an hour.

He is even arranging for refrigerated storage trailers to hold the meat because storage is another problem for overworked processors, he said.

Collins said Finnegan is “working his tail off” to get the project up and running.

“Mark is definitely a planner and an organizer and a go-getter. For him to take the reins, I commend him on the work he’s put in,” she said.

Collins said meat cutters often learn their trade on the job, and her business is willing to turn unskilled hands into skilled labor.

Finnegan has recruited Country Pride as well as Wilson’s Farm Meats in Elkhorn and Lake Geneva Country Meats. He has high hopes of persuading Darien-based Sorg’s Quality Meats and Sausages to join in, as well.

The processors will decide whom they want to hire from a pool of applicants.

Finnegan said his program dovetails with one announced earlier by Rock County Agriculture Youth Supporters and Badger State Auction, which are raising money to make sure kids who were going to show animals at the Rock County 4-H Fair will get money for school or for next year’s animals -- money that they normally would have earned at the fair’s meat animal sale.

Finnegan is including Walworth County youths in the project, and he said he’s willing to expand it to other counties if money can be raised.

His budget calls for $120,000 for scholarships, wage subsidies, refrigerator trucks and equipment. Some local philanthropists have already pledged about half that amount, he said. Contributions will be tax-deductible.

“I’m confident a lot of businesses and grandmas and grandpas, too, will want to fund this,” Finnegan said.