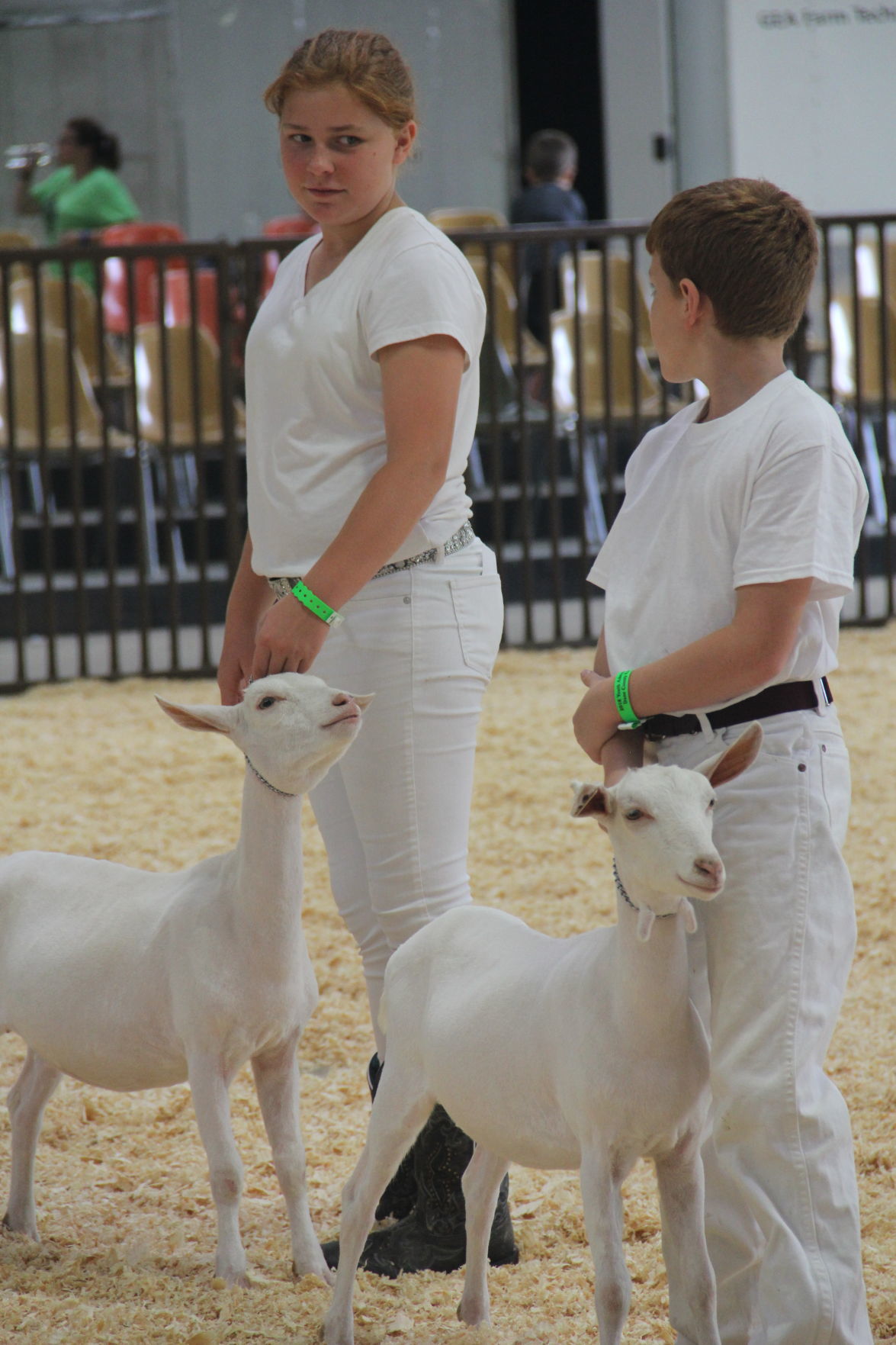 Grace Brattlie, left, smiled at her brother Wyatt while showing at the Dane County Fair in 2018. 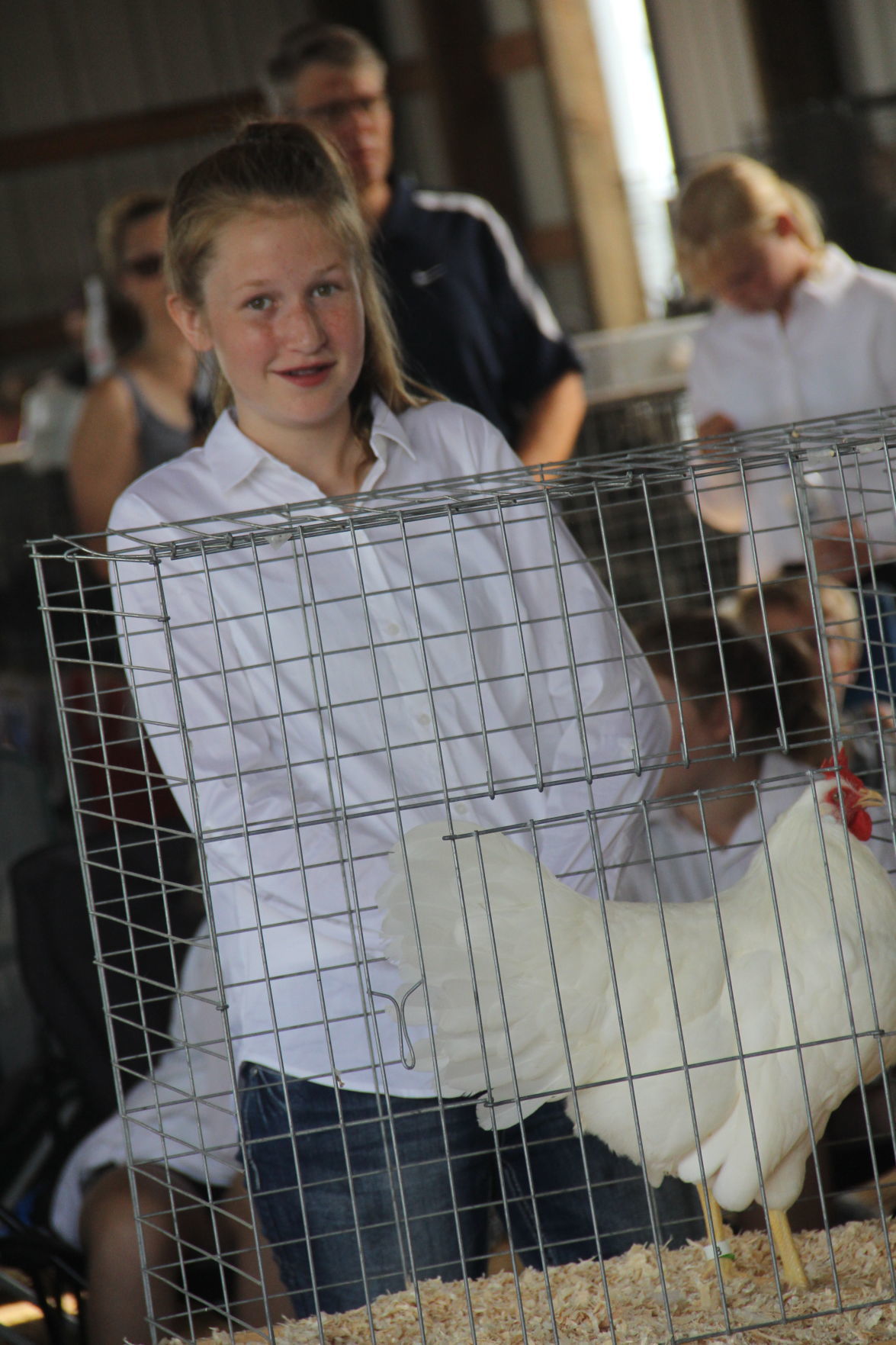 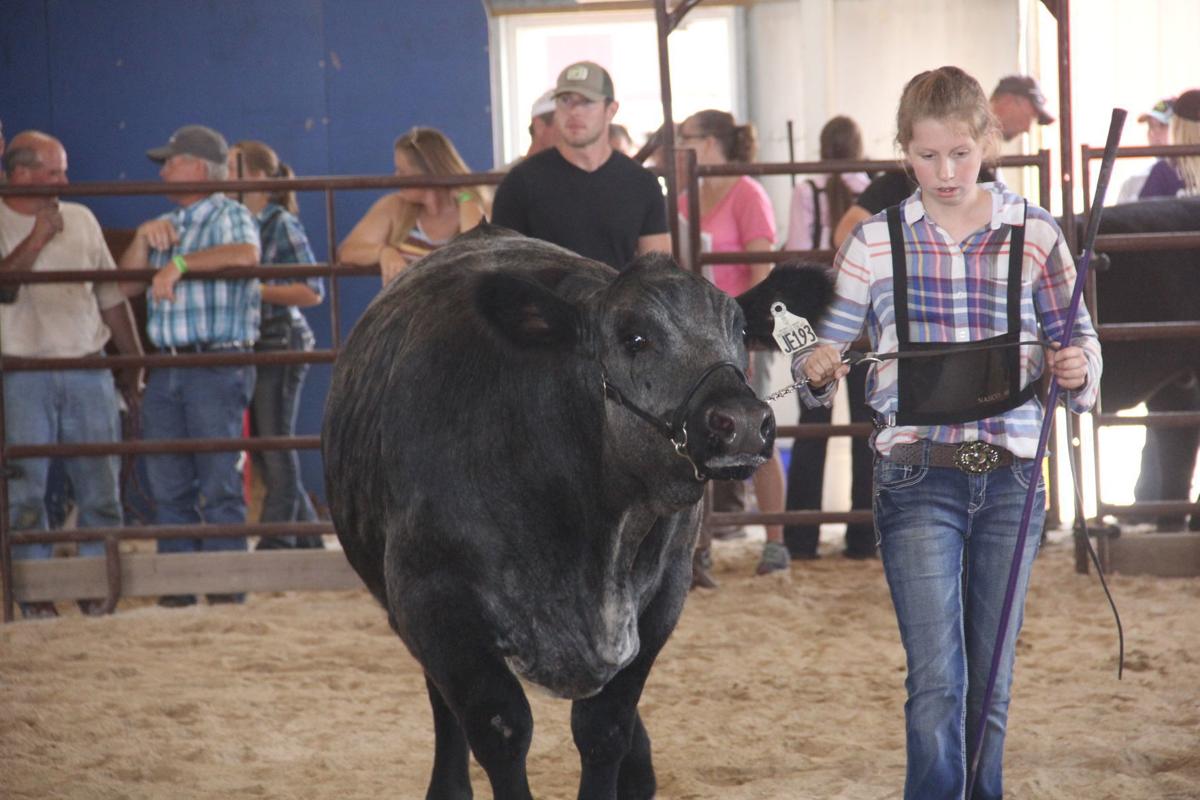 Rylee Brattlie showed in the ring at the Jefferson County Fair in 2018.

Grace Brattlie, left, smiled at her brother Wyatt while showing at the Dane County Fair in 2018.

Rylee Brattlie showed in the ring at the Jefferson County Fair in 2018.

Rylee Brattlie describes caring for animals and showing at the local county fairs as a “family affair.”

Six Brattlie cousins — Hanna, Rylee, Wyatt, Landon, Grace, Waylen and Will — spent much of July together at the Stoughton, Jefferson and Dane County fairs.

Seated around Jenn and Brent Brattlie’s dining room table, laughing every other sentence, the cousins and their parents shared what going to the fair means to them.

“I like enjoying the cousin time,” Will Brattlie said.

“Summer is probably when we get all our cousin time in,” Hanna agreed.

The three fathers of the cousins, Nick, Dan and Brent Brattlie, began showing at the fair themselves in the early 1980s. Dan Brattlie said he began by showing crops, and later, the brothers brought goats and beef. They transitioned from vegetables to animals around high school.

“What I remember as a kid, things that you look back on, (are) the good memories and the camaraderie,” Nick Brattlie said. “The connections, the experiences.”

“Those are connections that will last a lifetime for our kids,” Dan Brattlie agreed. “That’s a really neat thing.”

The fairs are a busy time for the cousins. They said their days are filled with washing, walking and feeding animals, cleaning stalls, quizzing each other on showmanship, presenting in the ring and exploring the barns admiring other people’s work.

“Those two weeks for us are reserved for fair only,” Hanna said.

Hanna and Rylee said they usually camp out at the Jefferson County Fair.

While they may not have much free time, the cousins manage to fit some fun into their days. Playing card games like “Sevens” and “B.S.” in the barn, napping alongside their animals, swimming and riding carnival rides are all fair traditions.

“We go to the beach sometimes,” Hanna said.

“It’s always fun when we spray each other with water,” Will said.

The food is a highlight for the cousins. They excitedly listed foods they love to eat every year — snow cones, cheese curds, pretzels, burgers, ice cream, baked potatoes and corn on the cob. Landon Brattlie swears by the mini donuts.

“The list just goes on and on,” he said.

The Brattlies share a common fair tradition spanning the generations — the 4-H Olympics. Both the parents and kids have fond memories of the event. Will Brattlie said each club takes on different feats of strength, like flipping tires, pushing cars, races, pulling a tractor and tug-of-war.

“The one thing that really stands out is the 4-H Olympics,” Nick said. “And I see it now with the kids, just the excitement.”

In grade school, Dan and Brent had a particularly serious tug-of-war match-up with the Oregon FFA club.

“It came down to these big seniors and juniors in high school and us, sixth grade and down, and we just about beat them. We were like a ribbon away,” Dan said.

When the kids scoffed at their parents’ almost-victory, Dan added, “this is a true story.”

Both Brent and Will said they vividly remembered showing beef cattle for the first time.

“I remember one, my heifer had ringworm and I couldn’t show her,” Brent Brattlie said. “First year showing beef I think. The best one was at Stoughton Fair when I won Grand Champion steer,” said Brent.

Preparing animals for the fair, Dan Brattlie said, is a year-long process.

“It’s harder work than I remember it being,” Dan said.

“You’re just hoping you’re teaching your kids a little bit of something about life, and getting up to do chores 365 days a year,” Dan Brattlie said.

“Which they love to do,” he added jokingly.

“I think they’re going to remember this, working together and growing up and all the fun times ... like going to the farm and working on things,” Kate Brattlie said. “They all have a great time, and it’s fun to watch them every year, get better at things, and maybe fail at things but know that they’ve worked really hard.”

“Just have as much fun as you can, because it’s only once a year,” Rylee said.