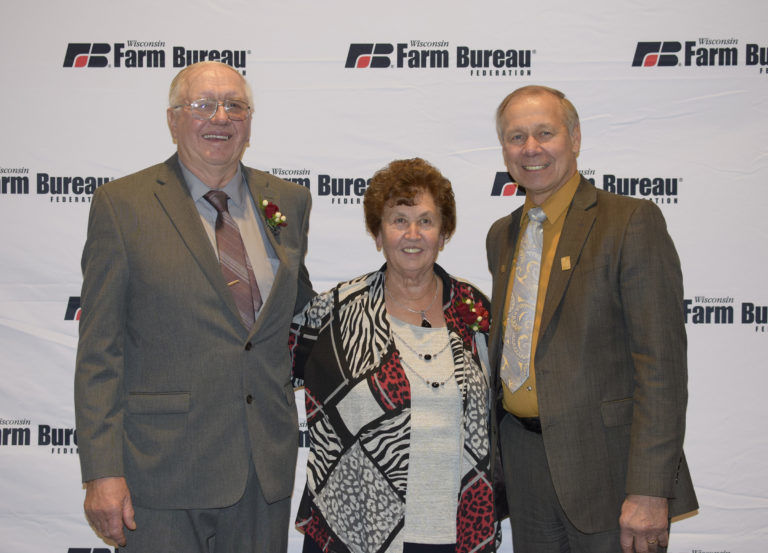 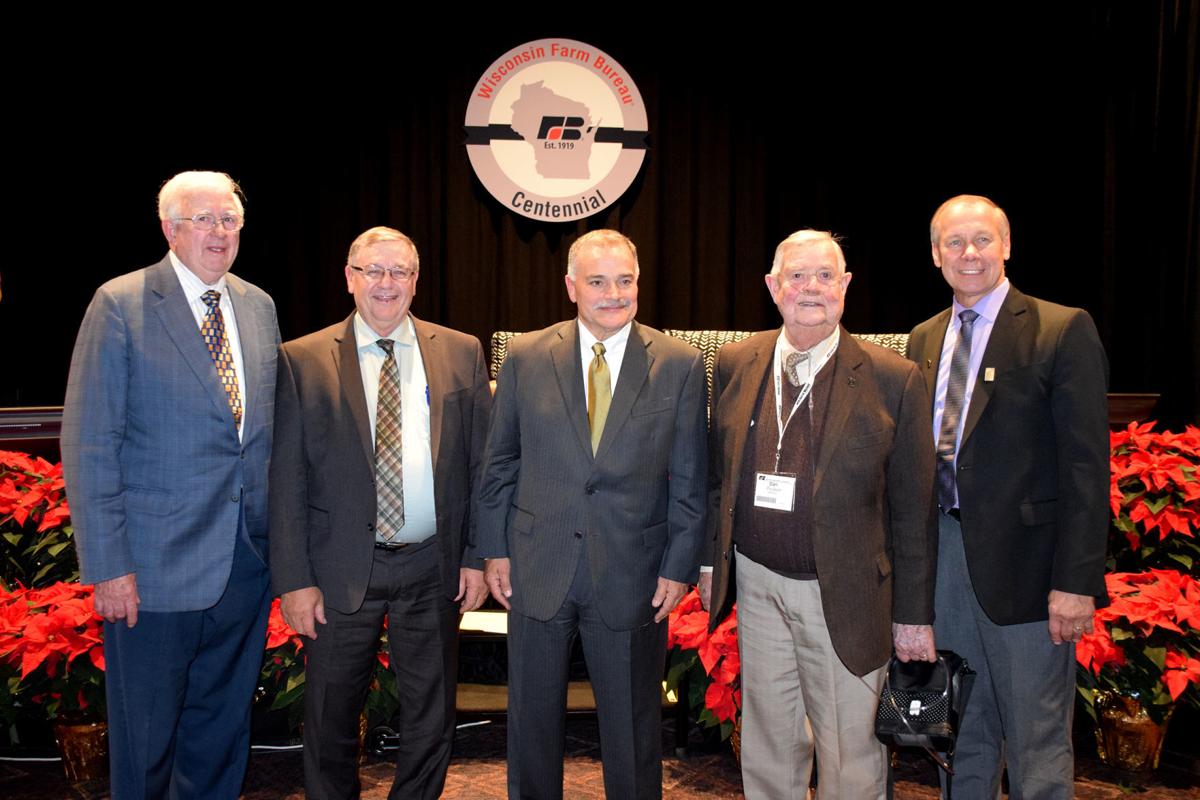 WISCONSIN DELLS — More than 900 members and supporters of the Wisconsin Farm Bureau Federation celebrated a milestone at their annual meeting Dec. 7 as the organization turned 100 years old.

The evening concluded with Randy Romanski, interim secretary of the Wisconsin Department of Agriculture, Trade and Consumer Protection, presenting retiring Wisconsin Farm Bureau president Jim Holte with a proclamation from Gov. Tony Evers. Holte announced his retirement earlier this year after serving in a leadership role at the organization for seven years.

Joe Bragger, a dairy farmer from Independence in Buffalo County, was elected new president of the Wisconsin Farm Bureau Federation.

“I couldn’t be more humbled to be elected president as we look to the future after successfully celebrating our centennial,” Bragger said. “I am extremely proud to be a Farm Bureau member because of our grassroots efforts. Our members are who drive this organization and I am passionate in showcasing that.

“I recognize that not only farmers, but the entire community is in tough times. I plan to keep that front of mind and support our members to the best of our ability as an organization. As we enter into a new century of Farm Bureau, certainly our strong history will provide a solid foundation as we explore new opportunities for success in the future for our members.”

Bragger will serve as the president of both the Wisconsin Farm Bureau Federation and Rural Mutual Insurance Company. Bragger was first elected to serve on the Farm Bureau board of directors in 2011. He represented District 4, which includes Buffalo, Trempealeau, La Crosse, Jackson, Monroe and Eau Claire counties.

Wisconsin Farm Bureau also honored a handful of individuals for their dedication to the organization. Dodge County’s Robert and Karen Schwandt received the “Distinguished Service to Farm Bureau” award at the annual meeting, the highest award the bureau can bestow upon members. The Schwandts have been actively involved in Farm Bureau for the past 53 years, serving in various capacities over time.

“Bob and Karen truly embody what Farm Bureau is about,” said Dodge County Farm Bureau president Roger Hildebrandt. “Their involvement has expanded beyond the county as they became involved in district and state events. No matter the scale of program or event, they are always excited to participants and bring ideas back to the county.”

Craig Culver received the bureau’s “Distinguished Service to Wisconsin Agriculture” award for his outstanding, long-term contributions to Wisconsin’s agricultural industry. A Wisconsin native, Culver never imagined he would become a leader in the food industry, even though he was raised in the business. There are now more than 700 Culver’s franchises across 25 states and 28,000 team members. And although Culver retired as CEO in 2015, he is still involved in the business as board chairman.

“Craig’s commitment to the agriculture community is admirable,” Holte said. “He is extremely deserving of this award.”

Vernon County farmers Travis and Krista Klinkner were selected as the winners of the Farm Bureau’s Young Farmer and Agriculturist Achievement Award after competing against other young farmers for the honor. The Klinkners are organic dairy farmers in rural Viroqua, milking 60 cows, raising young stock and growing forages and corn.

Ben Huber was selected as the winner of the bureau’s Young Farmer and Agriculturist Excellence in Agriculture Award for his activity in agriculture off-the-farm. Huber is the agronomy department manager for Insight FS and has been a Farm Bureau member since 2009. He is currently the Green County Farm Bureau president.

Both the Klinkners and Huber will now compete at the American Farm Bureau Federation’s 2020 Annual Convention in Austin, Texas. They can also participate in the 2021 YFA trip to Washington, D.C.