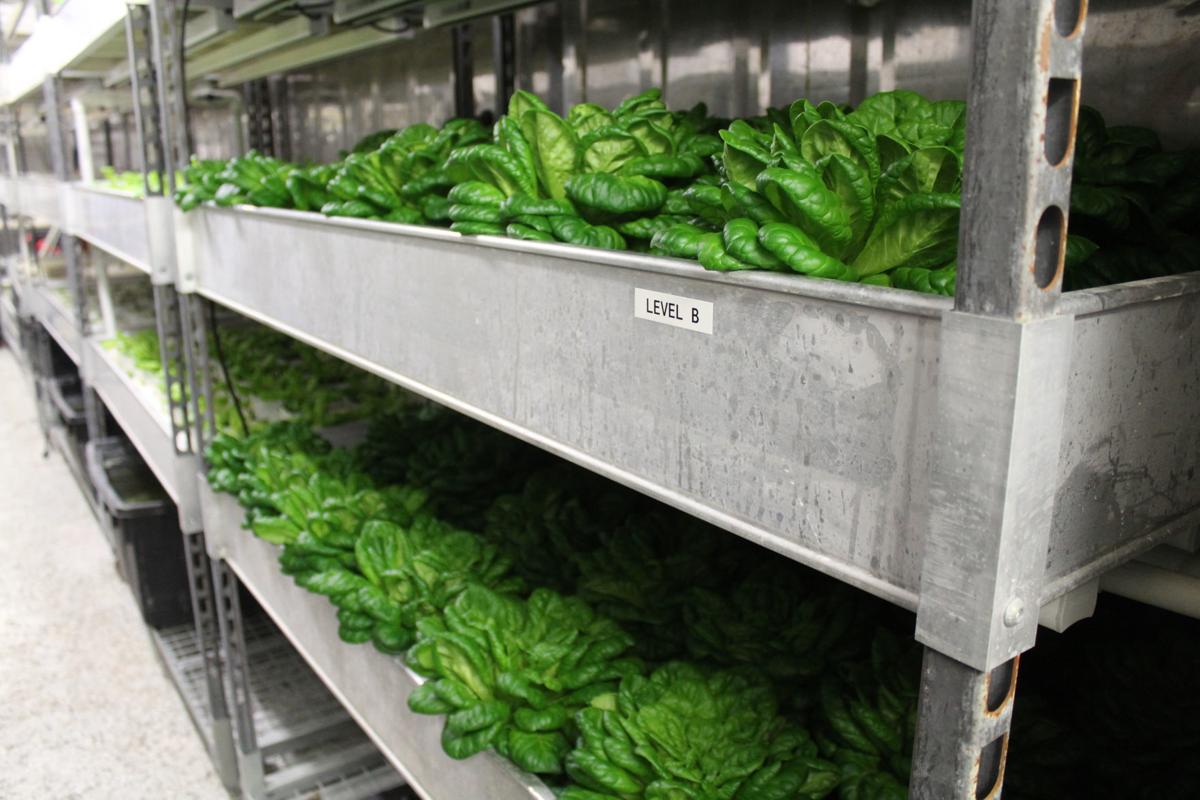 Students at Southwest Wisconsin Technical College are currently growing two types of lettuce inside the GrowTainer, studying their life cycle and passing the benefits of the fresh food onto culinary students and those who use the school’s cafeteria. 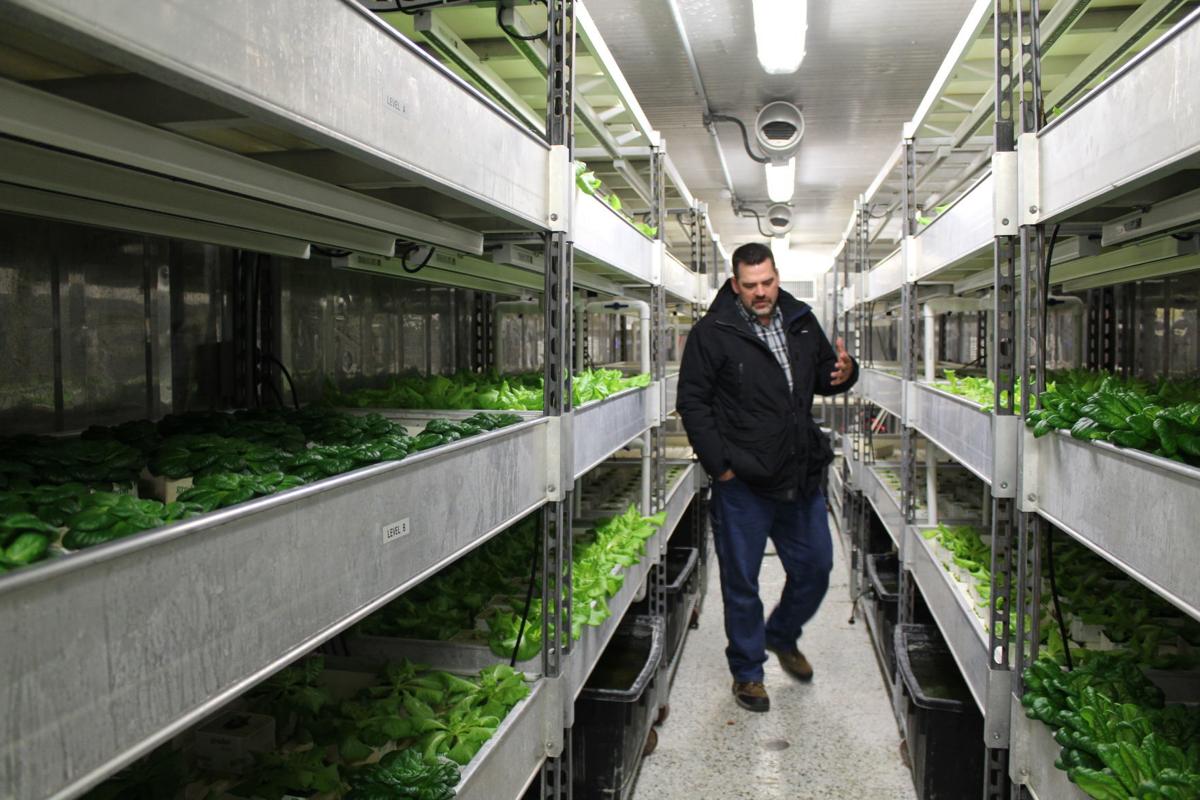 Agronomy instructor Jamie Horsfall said there are typically 10 to 15 students inside the GrowTainer, tending to the plants during the school year. 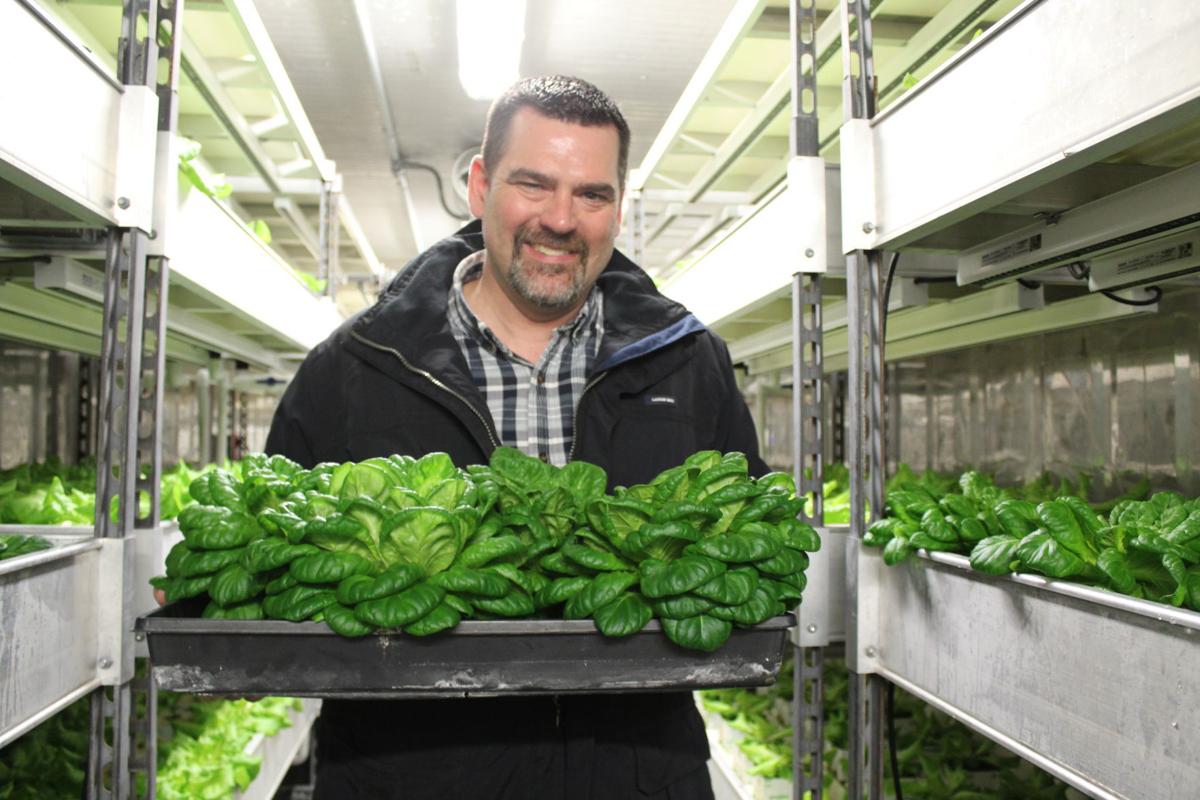 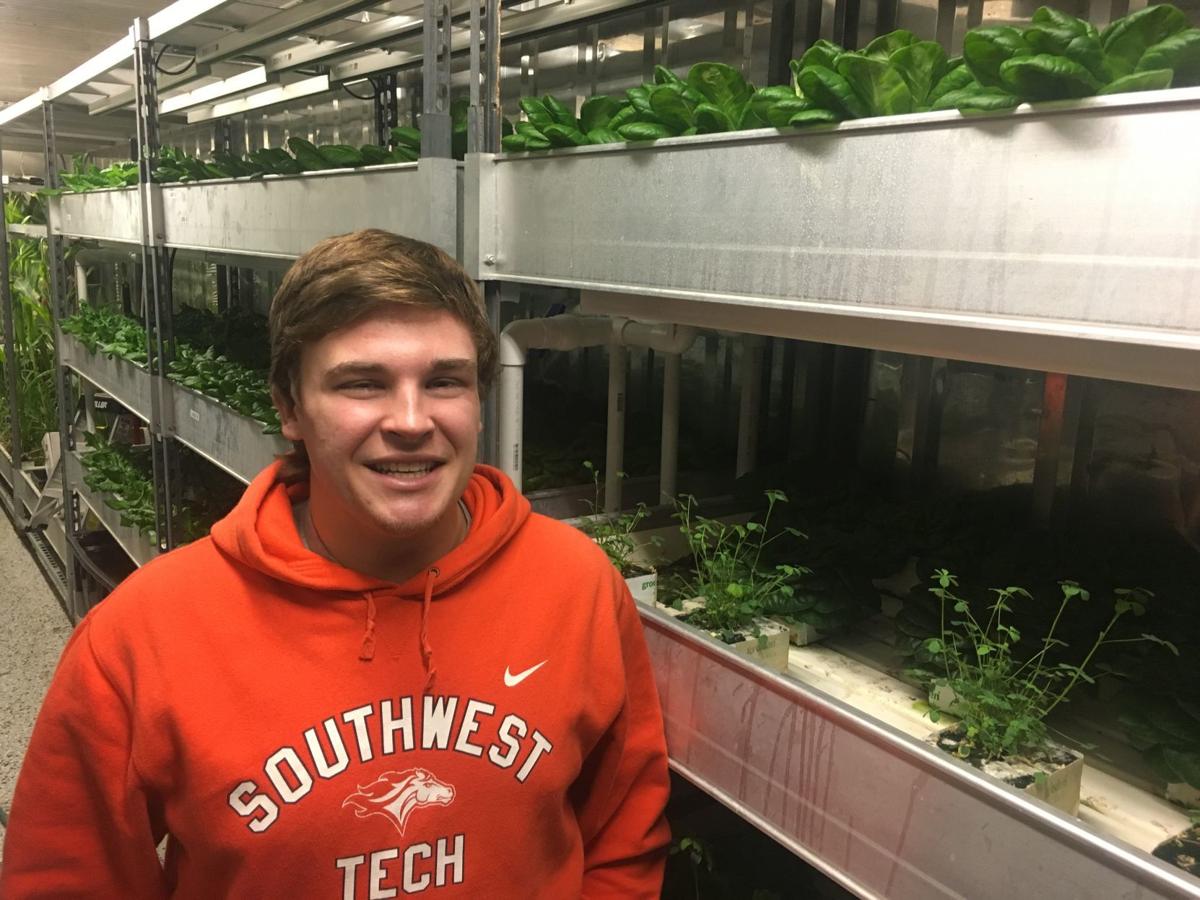 A SWTC agronomy student posed for a photograph inside the GrowTainer.

Students at Southwest Wisconsin Technical College are currently growing two types of lettuce inside the GrowTainer, studying their life cycle and passing the benefits of the fresh food onto culinary students and those who use the school’s cafeteria.

Agronomy instructor Jamie Horsfall said there are typically 10 to 15 students inside the GrowTainer, tending to the plants during the school year.

A SWTC agronomy student posed for a photograph inside the GrowTainer.

FENNIMORE — During the winter months when temperatures linger near or below freezing, something interesting is growing inside a modified shipping container at Southwest Wisconsin Technical College. Inside the cushy growing environment, free from disease and pests, with ample water and light available every day of the year, several varieties of plants are growing, along with a new crop of agronomy students.

Jamie Horsfall is the agronomy instructor at SWTC, one of a handful of instructors that teach in the school’s agriculture department. Horsfall came to SWTC in November 2016 after working as a district sales manager for Dairyland Seed, and a week or two later, the GrowTainer was delivered to campus.

By January 2017, he had developed his curriculum and coursework, covering topics such as agricultural chemicals, fertility, nutrient management planning and precision agriculture, among others. Students were also ready to enter the GrowTainer, a modified shipping container equipped with three layers of shelves on each side, heat, LED grow lights and a hydroponic watering system.

“The school purchased it outright with the idea to show students real plants throughout the school year,” Horsfall said.

He explained that students usually don’t have the opportunity to witness the growing season during the school year as they aren’t on campus during the summer months, returning in the fall when the season is almost over.

“We can grow corn 12 months out of the year, and we can show them all the stages,” Horsfall added. “Students have an actual visual instead of a picture in a textbook. It enhances the learning atmosphere.”

Currently, Horsfall and his students are growing two types of lettuce inside the GrowTainer, but they have also grown corn, soybeans, alfalfa and other garden plants. Partnering with the school’s cafeteria and culinary students, edible plants, like the lettuce, are harvested and incorporated into the meals served on campus — another educational component of the GrowTainer.

“It’s really morphed into something where we show students the life cycle and a different way of how to grow their own food,” Horsfall said. “It has a lot to do with agronomy; there are different ways to do everything.

“It shows them that conventional farms are great, but this also teaches them to always be thinking of that niche market and bringing in that extra dollar to their operation.”

The longest day of the year is June 21, and it may seem easy to think it could be June 21 365 days a year inside the GrowTainer to make the plants grow as fast as they can, but Horsfall said they quickly found that plants need rest time too. If the plants are under the lights for too long, he said they start doing things plants typically don’t do naturally.

Instead, Horsfall has found 10 to 12 hours of directed light each day gives the plants inside the GrowTainer a decent growing schedule; students tend to the plants, rotating them and starting new plants as mature plants are ready to be harvested. A water pump in the GrowTainer runs for a few minutes each morning, and a heater keeps the space at 80 plus degrees year-round.

The whole unit cost about $100,000, Horsfall said, with the majority of the expense wrapped up in the physical container and all the LED lights outfitted inside. Heating the container is likely the biggest continuing expense, but the payout of information gained by students is well worth it.

Other colleges in Wisconsin likely have similar set-ups in greenhouses on their campuses, but Horsfall believes the GrowTainer at SWTC is the only one of its kind in the state on a college campus.

Students have been able to conduct many experiments inside the container, growing corn to tassel and even produce an ear, although they were unable to witness any kernel formation. They also saw soybeans flower and produce seed, although time ran out before they could do any harvesting of that crop. Alfalfa has also been grown in the GrowTainer, flowering but not producing any seed.

“It’s neat to see these out of season and how they grow,” Horsfall said.

This past fall, students completed a fall collection of broadleaf weed seeds and plan to grow them inside the GrowTainer in the future. Similarly to the other plants growing for study inside the container, Horsfall’s plan is to have the students physically see these weeds and interact with them in more ways than they can by just looking at a photograph of the weed.

“It’s one of the biggest projects we have ahead of us,” he said.

There are 10 students in Horsfall’s agronomy program currently; they study for two years before receiving their technical diploma. Graduates of the program typically enter the workforce as agronomists, working at agronomy centers, helping farmers with nutrient management plans, working with recommendations for fertilizers and chemicals and advising seed purchases. Some graduates also land at seed companies, either producing seed or becoming certified chemical applicators.

“Students get a flavor with many instructors at SWTC,” Horsfall said, with students taking basic agriculture courses before delving deeper within their particular area of study.

Horsfall is starting to see fewer students coming into his program from agricultural and farming backgrounds. Regardless of whether a student comes from an agricultural background, though, Horsfall said he sees a spark in the students that makes them moldable for the world of work they aim to enter, just in different ways. The neat part is when these two types of students meet in the classroom, sharing ideas and raising the bar for each other.

“Every student has a passion for learning, not only in the classroom but also in the GrowTainer,” he said.