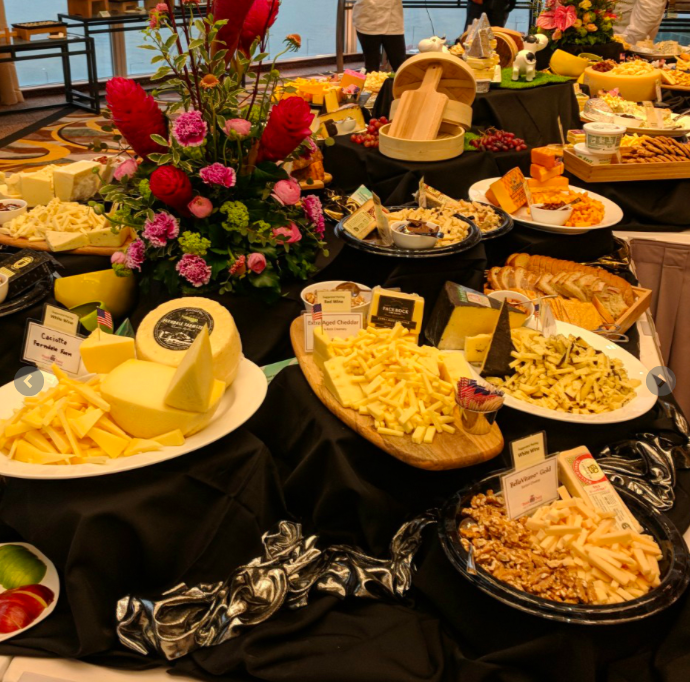 One of Esser’s favorite areas within the business is coming up with pairings and accompaniments, putting together combinations of flavors using different flavor profiles. 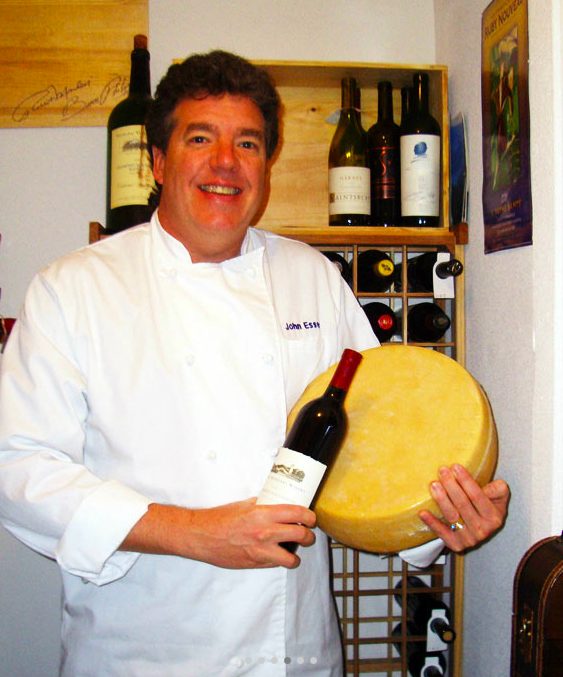 Chef John Esser has over 40 years of experience in the food service industry and has spent the last 25 years as a cheese consultant. 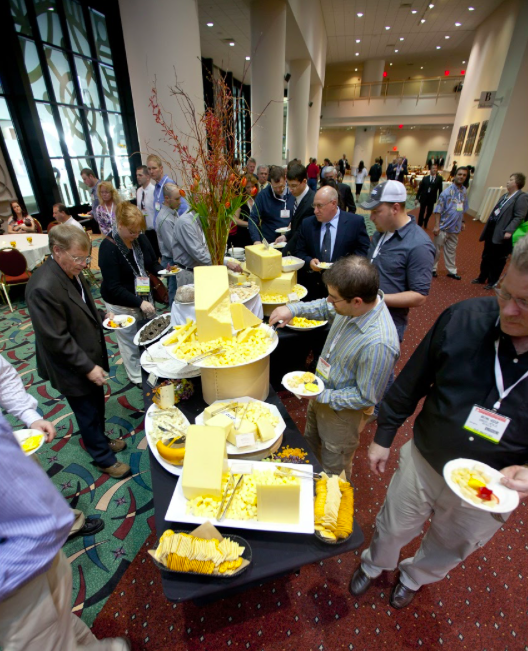 Esser’s cheese displays have been featured at events all over the world. 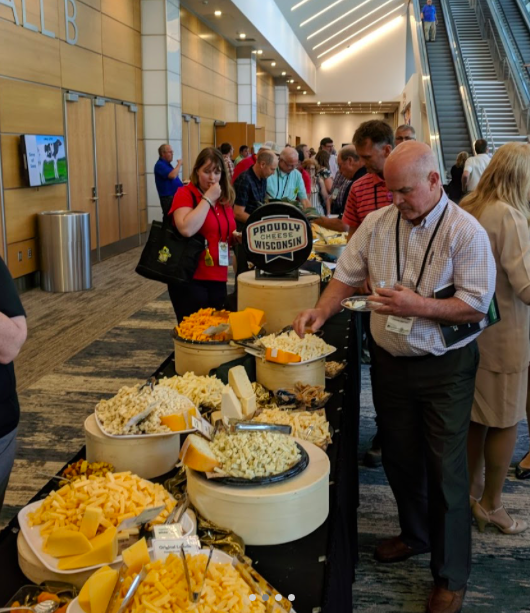 Esser’s relationship with Dairy Farmers of Wisconsin, formerly the Wisconsin Milk Marketing Board, kicked off his cheese consulting career and his passion for Wisconsin cheese. 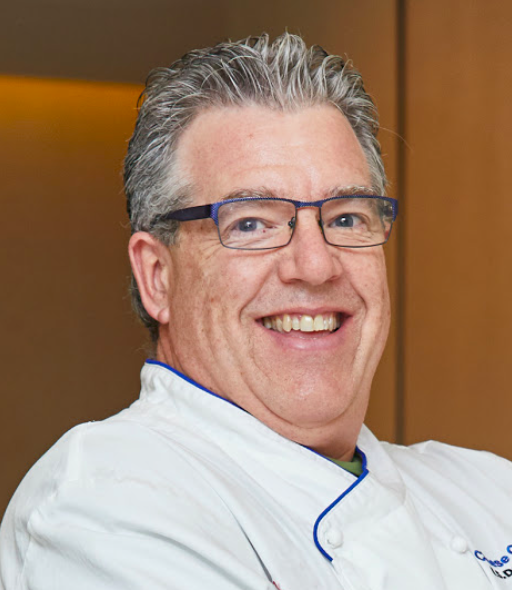 One of Esser’s favorite areas within the business is coming up with pairings and accompaniments, putting together combinations of flavors using different flavor profiles.

Chef John Esser has over 40 years of experience in the food service industry and has spent the last 25 years as a cheese consultant.

Esser’s cheese displays have been featured at events all over the world.

Esser’s relationship with Dairy Farmers of Wisconsin, formerly the Wisconsin Milk Marketing Board, kicked off his cheese consulting career and his passion for Wisconsin cheese.

Attendees to a Professional Dairy Producers event last December had just finished their morning session and their stomachs were beginning to rumble as lunchtime approached.

Two tables were rolled out in the back of the meeting room, each one covered in black linens and adorned with displays featuring more than two dozen Wisconsin cheeses with respective pairings of fruit, chocolate, nuts and salty snacks. A tall man in a chef’s jacket began speaking through the microphone, his strong voice echoing throughout the room as he described several of his favorite cheeses and their pairings.

And while a soup and sandwich lunch was also served, this writer is willing to bet just about everyone at the event filled up on cheese and snacks instead.

Chef John Esser has been working with the Dairy Farmers of Wisconsin, formerly the Wisconsin Milk Marketing Board, for 25 years now, providing cheese displays like the one described above at events, trade shows and private parties around the world. He also works with the U.S. Dairy Export Council, other dairy-centered organizations and the cheese companies themselves to promote the finest qualities of all things cheese.

“One thing has really led to another,” he said, speaking about his relationship with Dairy Farmers of Wisconsin.

Esser grew up in Madison, living there most of his life until recently when he moved to Florida with his wife a year and a half ago. He began working at a country club at an early age, doing everything related to service.

“From shining shoes to cleaning the locker room to doing dishes, tending bar,” he said. “Then I started working in the kitchen and found my passion.”

He credits his background in food service with the success of his career; working in kitchens around the world has given him the ability to know how to talk to chefs and understand what they are looking for. It has also prepared him for his consulting business as he communicates with clients and event planners who aim to have an exceptional experience at their event or party.

“Cheese is good — it has a lot of diverse applications, and it’s in a lot of different foods,” he said. “It’s easy to get people to try cheeses too. Once they try it, you can see it in their expressions if they like it or not. And it’s an easy sell once you get them going on it.”

Esser’s focus on cheese began in the early ‘90s when someone “gave him a shot” to serve cheese at a trade show. He was working in a restaurant at the time but decided to give it a try.

“After I did that, others saw what I was doing and the education manager at the time (at Dairy Farmers of Wisconsin) asked me to help with events around the country,” he said. “I realized this was something I wanted to do so I asked if I could do it more than just part time.”

His consulting business was off the ground, and soon other organizations started contacting him, garnering the attention of dairy farmers, restaurateurs and food lovers alike.

One of his favorite areas within the business is coming up with pairings and accompaniments, putting together combinations of flavors using different flavor profiles. He typically takes a few minutes to educate those about to enjoy his display before inviting them to explore the flavors.

“I’m constantly tasting different things and coming up with ideas,” he said. “I’m working all the time, in a sense.”

When a company or organization requests his services, Esser takes a look at all the cheeses available and comes up with a plan on paper. He presents the plan to the client and once approved, he begins determining how much food is needed, if he needs any special equipment, etc.

While he has presented cheese to groups of all sizes, he prefers a smaller group of about 25 people as he can better explain the pairing aspect. Smaller groups provide a more intimate setting too, allowing Esser to get a better feel for each of the participants’ tastes.

Cheese has changed quite a bit over time, and these changes continue to catch the attention of Esser as he designs his displays and arranges his pairings. He noted that in Vietnam, a country that had no cheese in its culture for thousands of years, is beginning to consume more cheese, noticeable through the rise in cheese sales to the country from the U.S.

“You can see much more progress in cheese consumption overseas and it continues to grow,” he said.

Twenty-five years ago when Esser was just starting his cheese consulting career, there weren’t very many specialty cheeses available either. Now there are thousands of different specialty cheeses, many of which are produced in Wisconsin.

Then, Esser also had one blue cheese made in Iowa that he showed someone as an option; now there are hundreds of blue cheeses to choose from — and many of them are making it onto menus at restaurants. Just a few years ago, patrons would never have seen blue cheese on a fast food menu, he said.

“The eater is getting more adventurous and likes more variety,” Esser added, also referencing the “need for spice,” as shown through trends like Sriracha and even a spicy chicken sandwich on fast food restaurant menus.

2020 will be another busy year for Esser as the requests for his cheese displays start to come in. He hopes to be able to squeeze in a trip to Europe with his wife, maybe to Italy or France, to see firsthand what the world of cheese is like there. He’s also working with the U.S. Dairy Export Council and another chef on the West Coast to create an educational cheese curriculum for schools around the world.

“I’m enjoying what I’m doing and will continue to branch out and do different things,” he said.