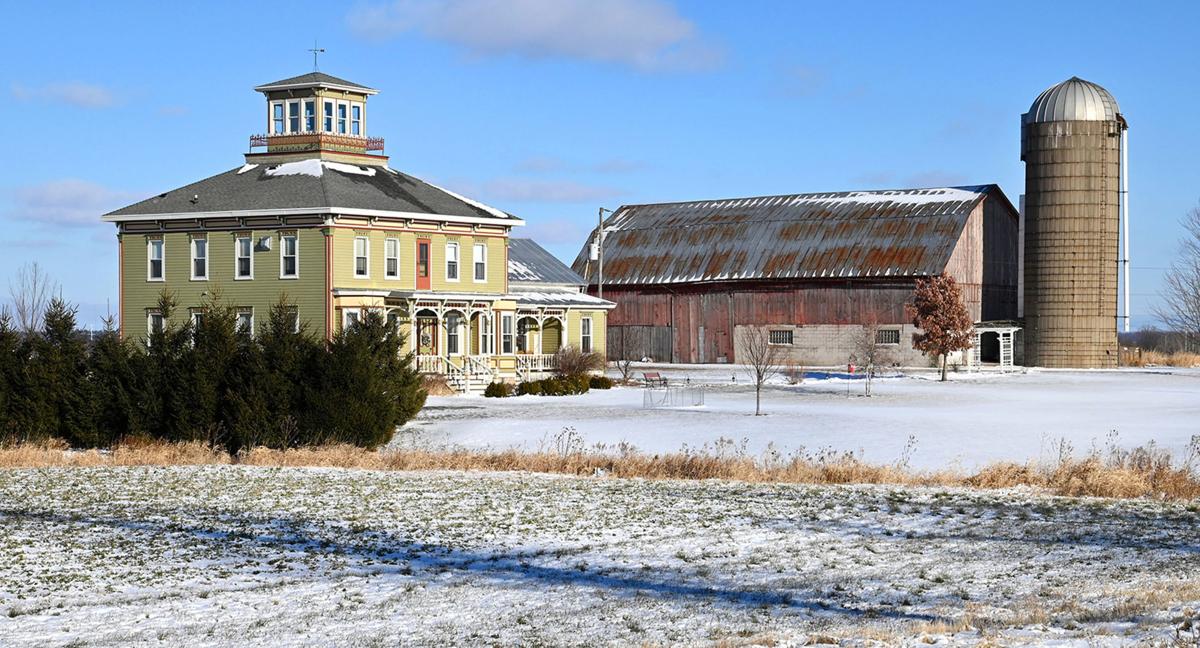 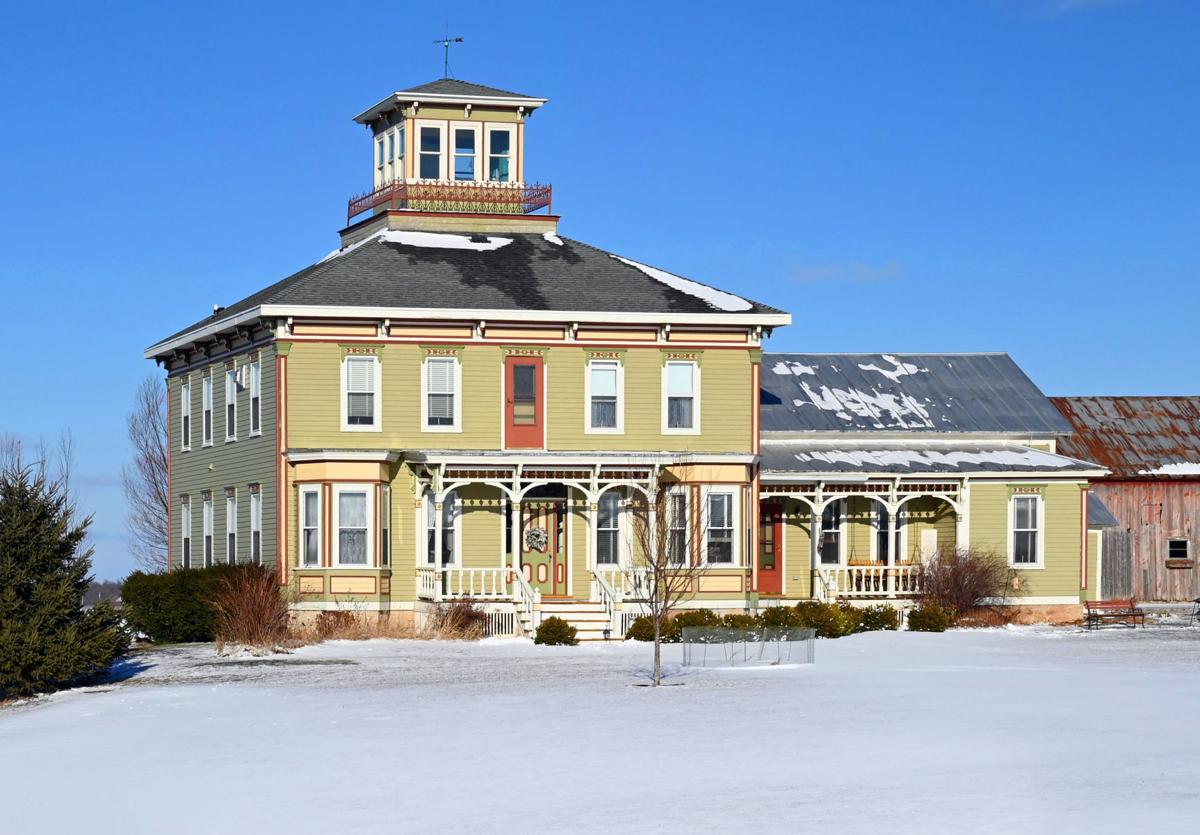 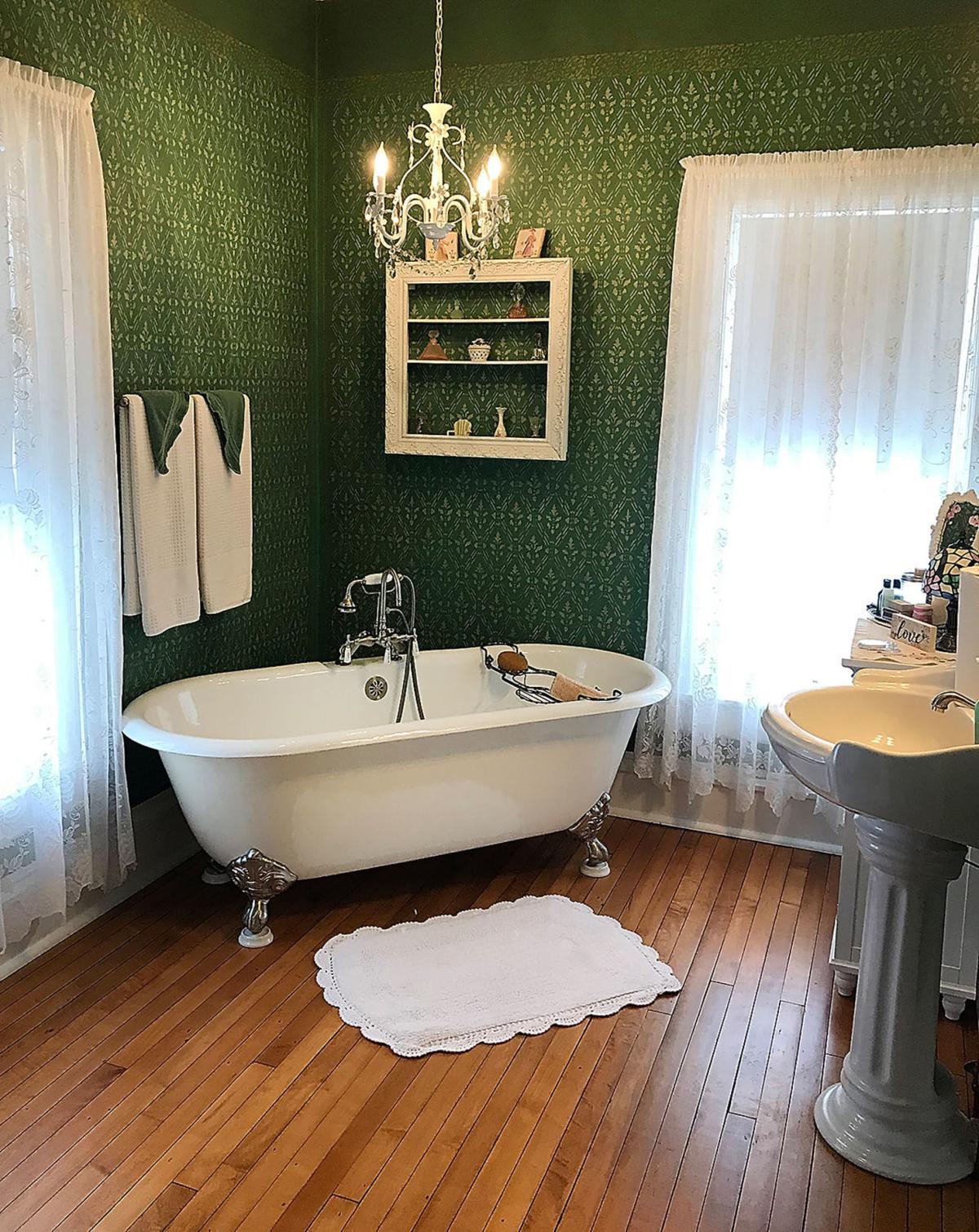 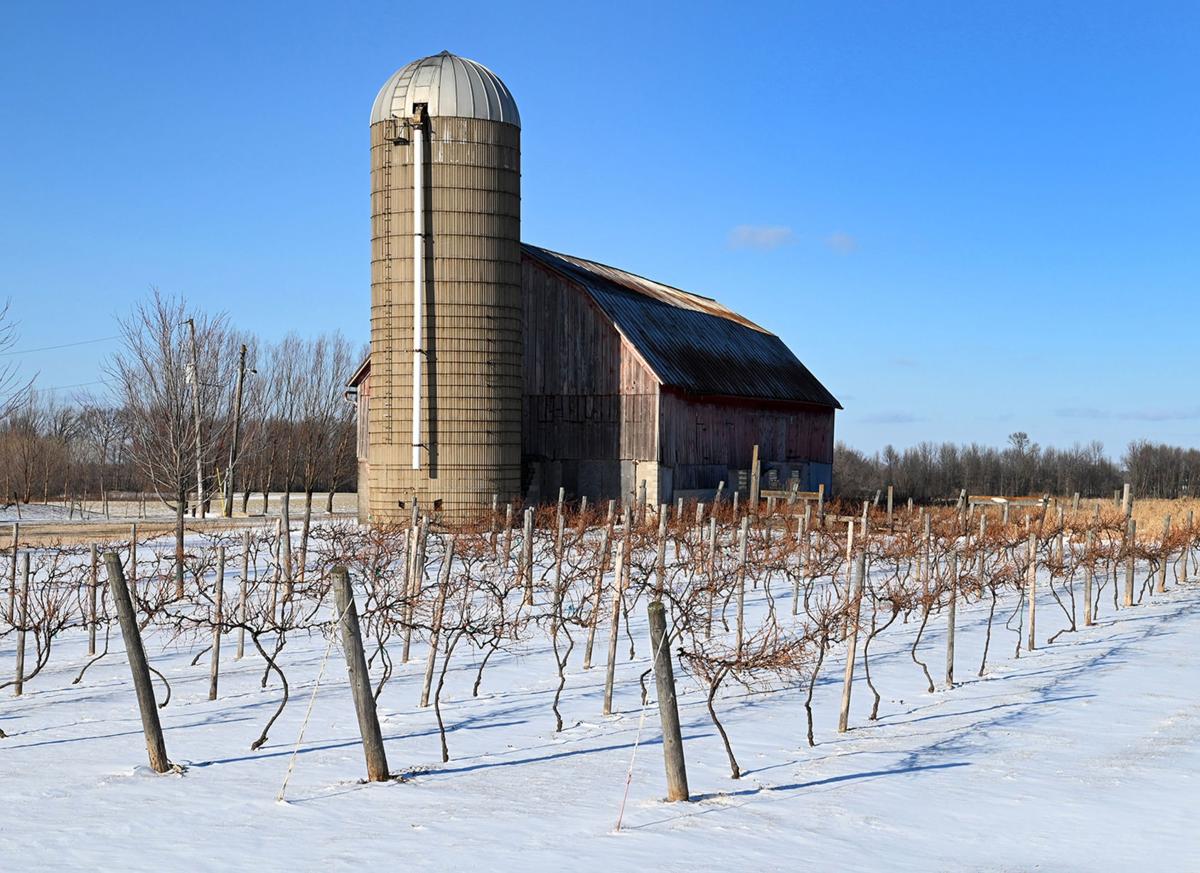 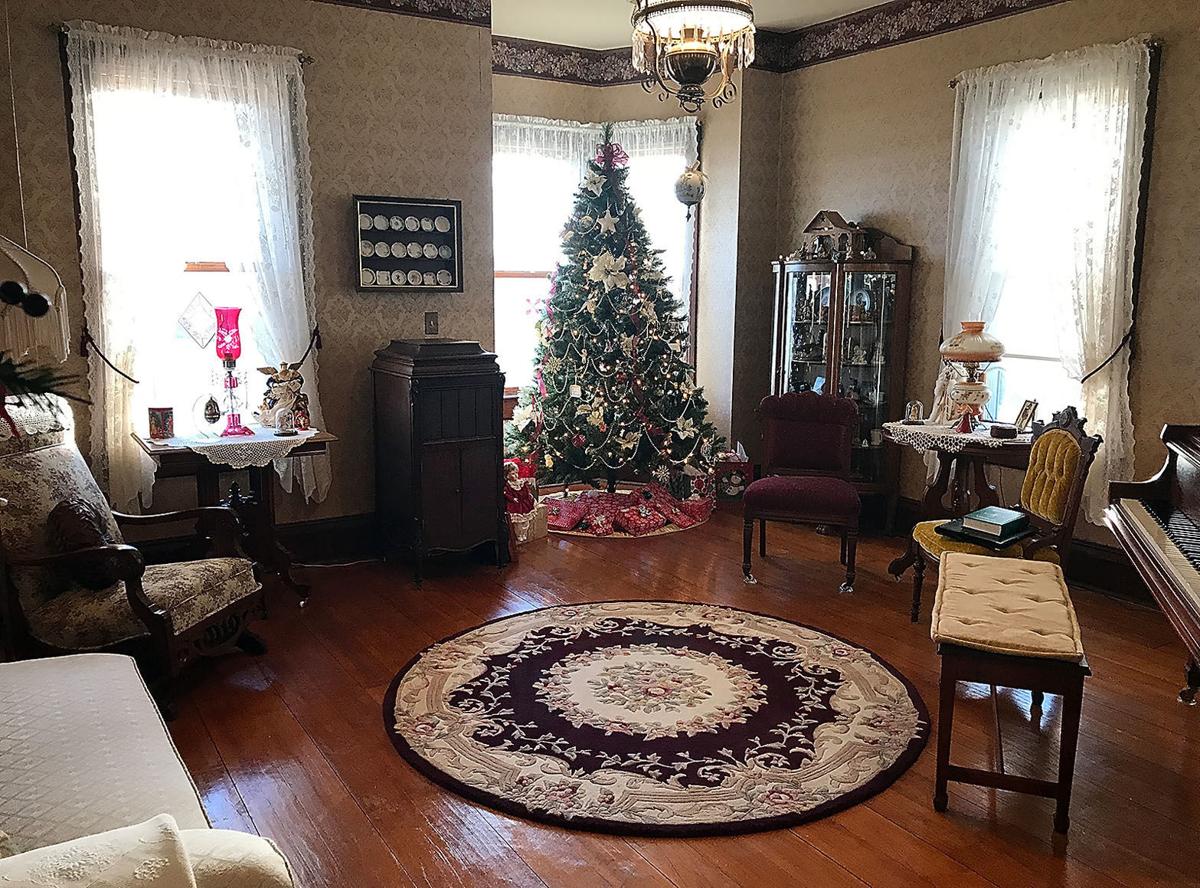 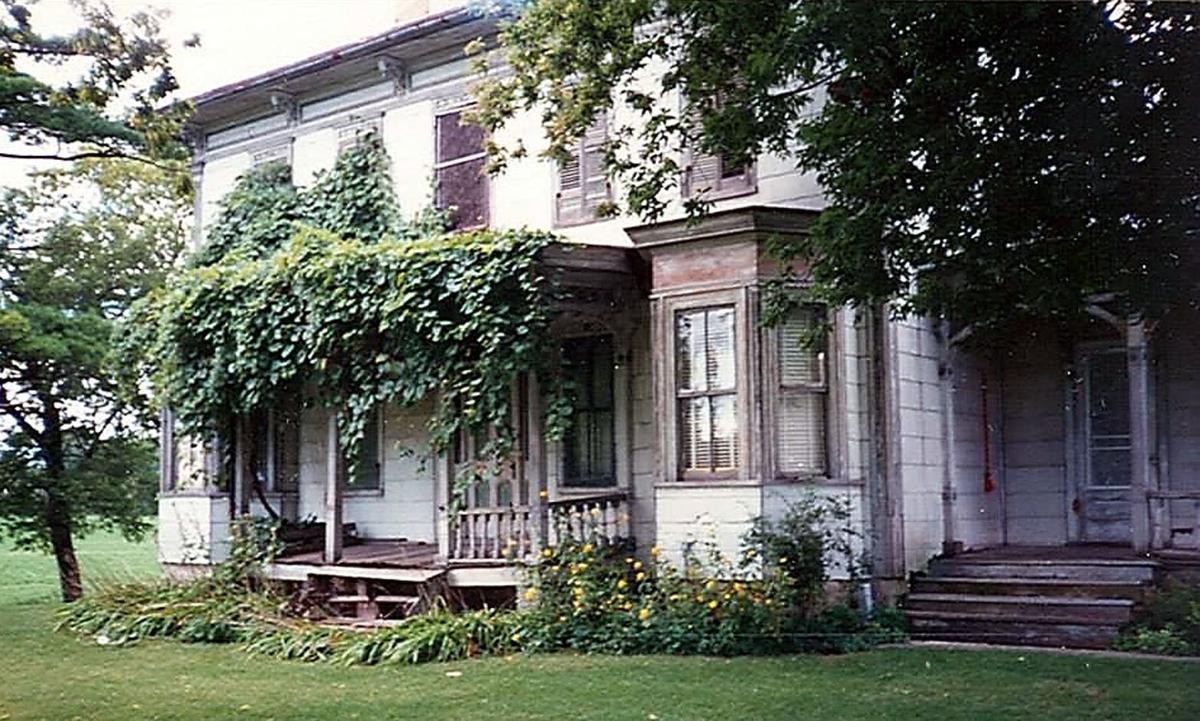 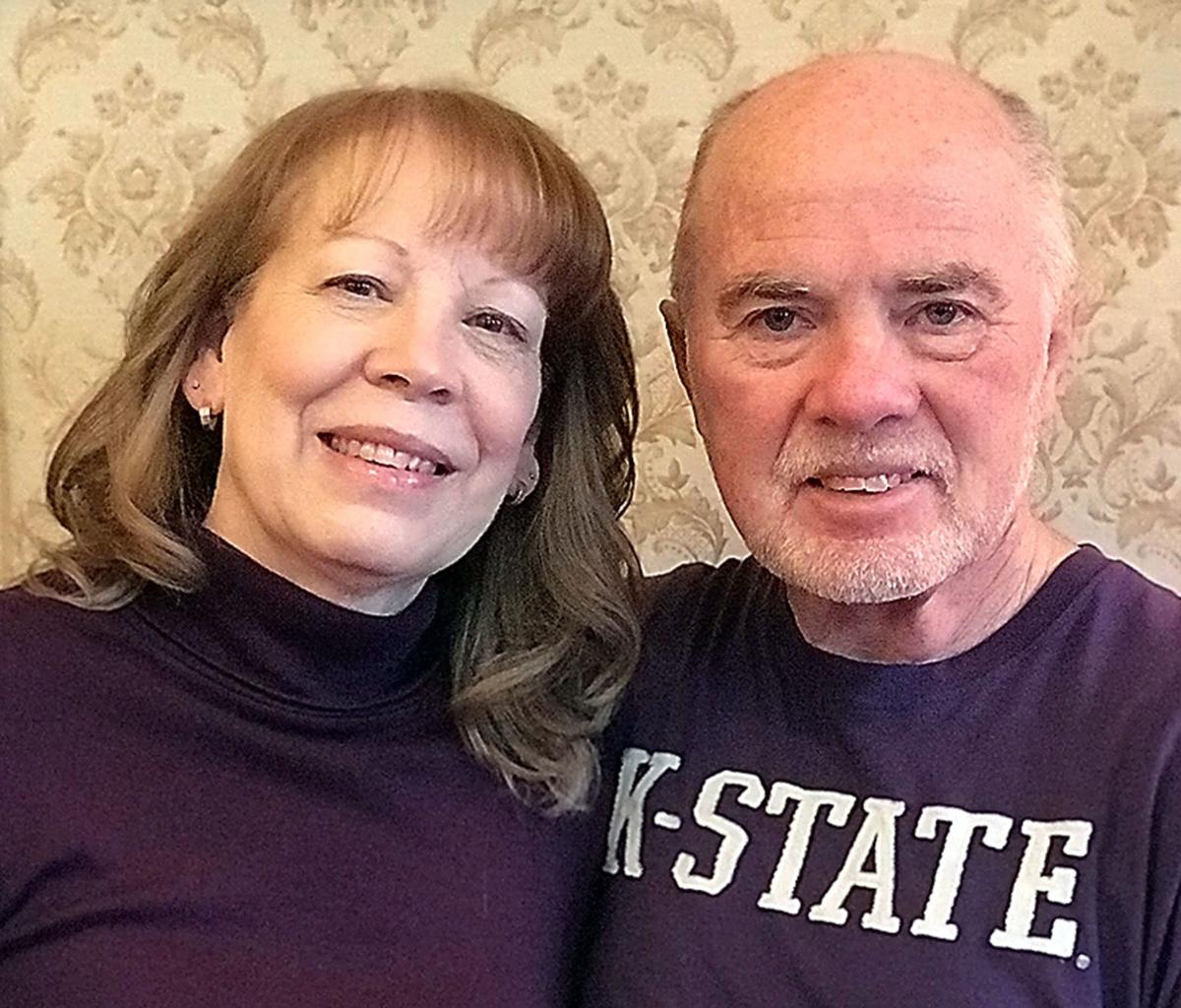 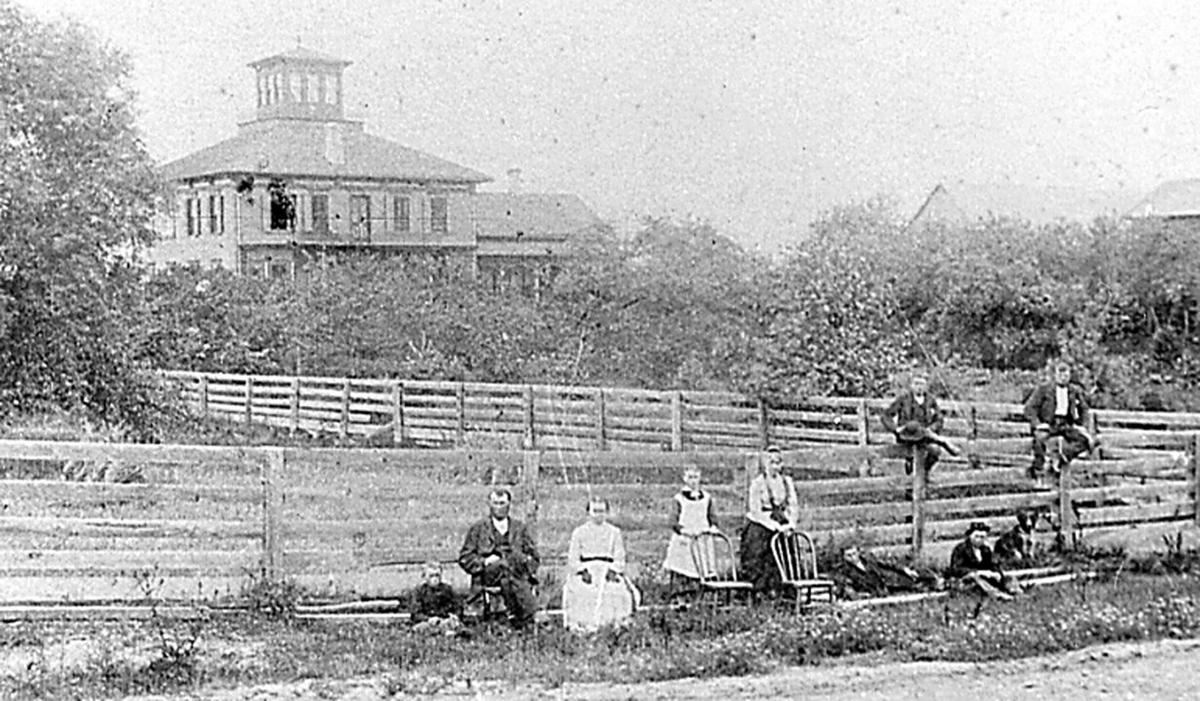 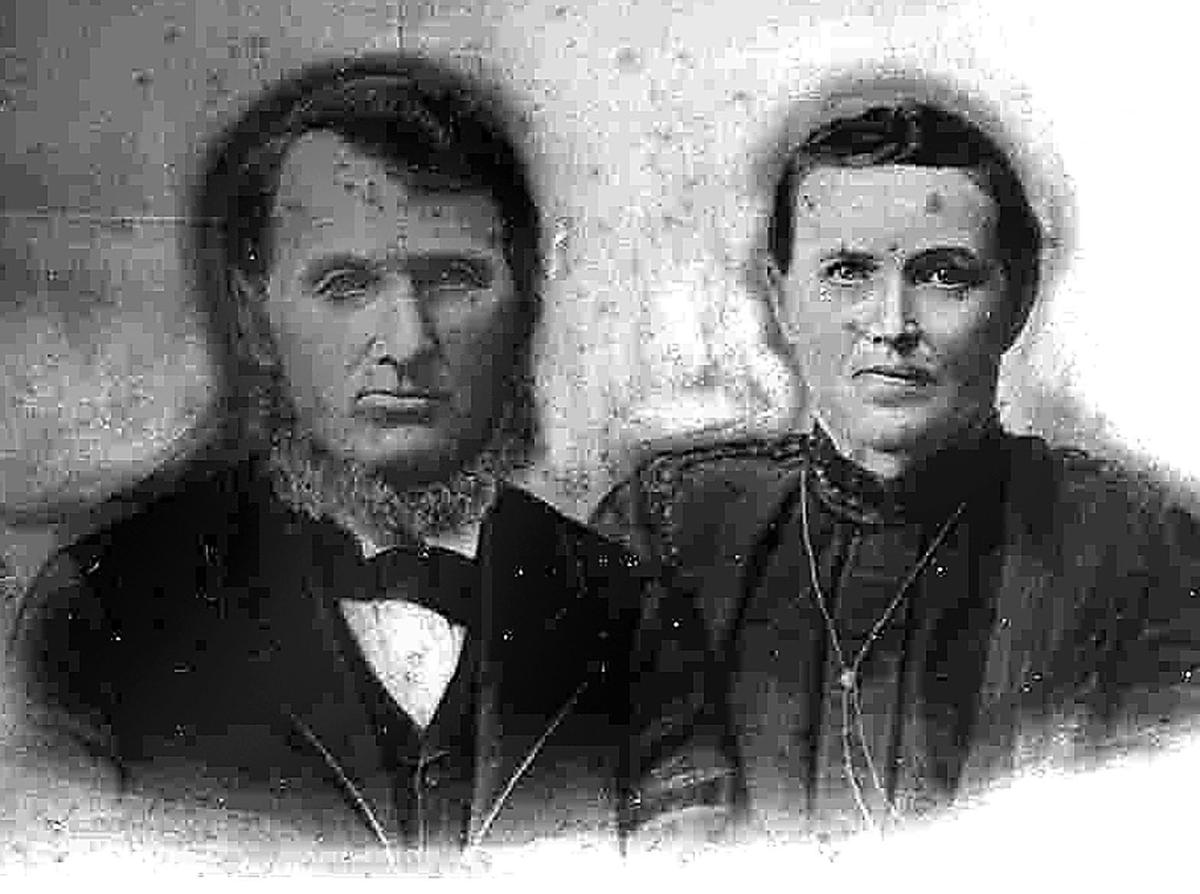 Gottlieb’s View, as this Wisconsin farmhouse is affectionately called, wasn’t always so eye-catching.

Just a couple decades ago the home was falling apart. A section of tin roof near the distinctive cupola was ripped off, there was no insulation, electricity was minimal and, to illustrate the plumbing woes, the kitchen sink drained directly into the backyard.

Determined to resurrect the Italianate-style farmhouse built by his great-grandfather, Gottlieb Stanelle, in the 1880s, Stanelle bought the home in 1999 and has been painstakingly renovating it ever since in partnership with his wife, Nancy. Interior work is expected to be completed this spring, with the remaining exterior work likely finished “not until the day after I die,” Jim said with a laugh.

Jim, 70, said the renovation project is so meaningful because hundreds upon hundreds of descendants of Gottlieb and his wife, Beata, can trace their roots back to this home near Brillion in rural Calumet County.

“There are days I just wish it was done since it’s been so long now,” he said. “But a lot of days it’s just cool to work on things and know that a nail put in it might have been hammered in when my great-grandfather was in the room at that moment. So that history is nice to think of.”

“I have studied a lot of our family history because of this home,” he added. “It’s really neat and a lot of people in the family think it’s great. It just feels good to be the caretaker. I feel really proud that Nancy and I have made it into something that is nice. I’ve always felt this was a special house.”

In addition to the 22-room farmhouse, the couple’s 6-acre property includes a 115-year-old barn, a small Frontenac grape vineyard started nine years ago, a granary dating back decades, and the remnants of a stone summer kitchen from the late 1800s.

“I am happy and proud to work with my husband to transform this home to a place where family can visit and memories can be made,” Nancy said. “I’m glad he took the huge challenge of restoring it. Those who grew up in it and are still with us consider it a blessing. I’m sure Gottlieb and Beata are looking down with great pride.”

Gottlieb emigrated from Germany in 1862 and initially settled in Waukesha, where he spent three years working for a farmer. He saved his earnings and in 1865 acquired 100 acres near Brillion through the Morrill Land Grant, paying $1.25 per acre.

The Stanelle family eventually completed construction of the home in 1887, which Jim ascertained from a date put up near a second-floor door frame as well as archived records.

The Italianate-style farmhouse, a popular design choice for that era, was built primarily of wood harvested from trees on the property. The nearby Niagara Escarpment provided materials for the flagstone foundation.

Although the sage green home features two primary living stories, it could be regarded as a four-story home because of the spacious attic and 8-foot-by-8-foot cupola atop the residence. The view from that eye-catching room inspired the property name, Gottlieb’s View.

“People see the home, and they remember it,” Jim said. “We don’t need to give out our address. We just tell people, ‘It’s the home with the cupola, you’ll know it when you see it.’”

The five-bedroom farmhouse includes 49 windows, 39 doors and an east wing.

Jim grew up across the street from the farmhouse and was well-versed in the family’s history of dairy farming, but he didn’t have an interest in farming after high school.

He earned a degree from UW-Platteville, returned to the Brillion area and worked for 11 years as a co-op branch manager. He eventually resumed his education at Kansas State University, pursuing a master’s degree in agronomy with an emphasis in seed technology. For much of the past quarter century he has traveled frequently while serving as an agricultural consultant for international development projects in more than 20 countries.

Over time, Jim moved to Kewaunee, which is where he was living in 1999 when he bought the farmhouse from his brother. Jim originally purchased four acres and later added two more.

“The home was pretty much original at the time I bought it,” Jim said, noting four rooms had original wallpaper and another four rooms featured painting and stenciling from floor to ceiling.

“My grandfather died in 1959 and my aunt lived here until the 1990s. And hardly anything had ever been done to the house. After my parents died in a car accident and my brother got the farm, he began doing other things and one day a storm came through and blew off an entire section of the old tin roof they put on in the 1940s.

“I happened to call my brother after that, and he asked if I wanted to buy the house and I said sure. It wasn’t in good shape. I’ve been working on it ever since that day.”

Jim and his first wife began by adding insulation and enclosing the 3,300-square-foot house to make it inhabitable. She passed away not long thereafter. Jim later met Nancy, and the couple wed in 2007. He credits Nancy for “an amazing job” incorporating design ideas.

“The home is a combination of Nancy’s vision for it and my view of how the house had been in the past,” Jim said. “Nancy and I have done 80-90% of the work here. We’re finishing up the main entryway that goes upstairs so once that’s done, hopefully by spring, the whole living area of the house will be done, which only took 20-some years.”

The home is nicely renovated, but Jim said “it’s not ornate or elaborate like some might be. We like to call it ‘fancy farmhouse,’ because it’s nice but not super elaborate.”

The couple have added modern amenities (insulation, for starters) while incorporating historical items. Jim noted that the parlor features three pieces of furniture original to the home, and a baby grand piano from Nancy’s grandfather is in the parlor as well.

“It’s nice having pieces from both of our families here,” Jim said. “A lot of other parts of our house are reminiscent of what it could have been like here — a feeling for what it was like. And some rooms aren’t quite like that. We have an eclectic group of rooms. Hopefully, they all fit together and look nice.”

East of the farmhouse is a former dairy barn built in 1906 that had 12 stalls.

“I have a board from the barn that my grandfather wrote on in 1906, so that’s how we know when it was built,” Jim said.

A second barn, built in 1893, was positioned behind the current barn but was in poor condition and needed to be dismantled about a dozen years ago.

Dairy farming on the Stanelle property ended in the 1950s, Jim said.

“My grandfather (Harry) died in 1959, and I remember him with a few head of cattle in that barn,” Jim said. “My grandfather would go in the barn when we were threshing and he’d fork the straw around. He was in his 80s and he was still doing that.”

Jim said the barn is structurally OK, although he and Nancy are keeping an eye on it. A small tornado swept through the area six or seven years ago, knocking down two neighbors’ barns and just missing the Stanelle barn.

“After that I tried to open the door on the barn and it was really tight because the winds shifted the building,” he said. “But it’s still standing.”

The Stanelles also utilized about a dozen horses back in the days of their dairy farming operation.

“My father (Bert) told me that my grandfather had a pair of white horses that he used to go back and forth to church, because he wanted to show off,” Jim said with a chuckle.

Upon beginning renovations, Jim said the plan originally called for establishing a bed and breakfast.

“We thought we needed something more than just farm fields around us to draw people,” he said. “So we thought, what about a vineyard? So in 2012 we planted 27 vines, and the next year we planted some more, and now we have 144 vines. It turns out we ended up with a vineyard but no bed and breakfast.”

The quarter-acre operation is called The Vineyards at Gottlieb’s View. The couple’s Frontenac grapes, a good fit for this climate, are sold to Wisconsin wineries. Harvests have been conducted every year since 2014, with family members and friends helping with the effort.

“For a quarter acre, the labor on the vineyard isn’t bad at all,” Jim said. “We’re comfortable with the size of the vineyard right now. I’m not getting any younger, so I don’t think we’ll be expanding it.”

Jim said he isn’t sure what the future holds for the property.

“Nancy and I are both very healthy and happy and want to be here for a while,” he said, “but we don’t have anyone in the immediate family, at this time, who has expressed an interest in buying the house … and that’s sad to me.

“It’s still a great place for our grandkids to run around in right now. They go up one of our stairways and down the other stairway and it’s fun.”

Jim said he and Nancy are proud to have played a significant role in the history of the Stanelle property. Gottlieb passed away in 1923 at the age of 89, but his legacy lives on.

“One of the things I’m most proud of since getting our sesquicentennial honor, it really made me think this has been a farming process for so long,” Jim said. “I look at the vineyard as an extension of what my great-grandfather started. We’re still doing farming, growing things, but in a different way. And I’m proud of that.”