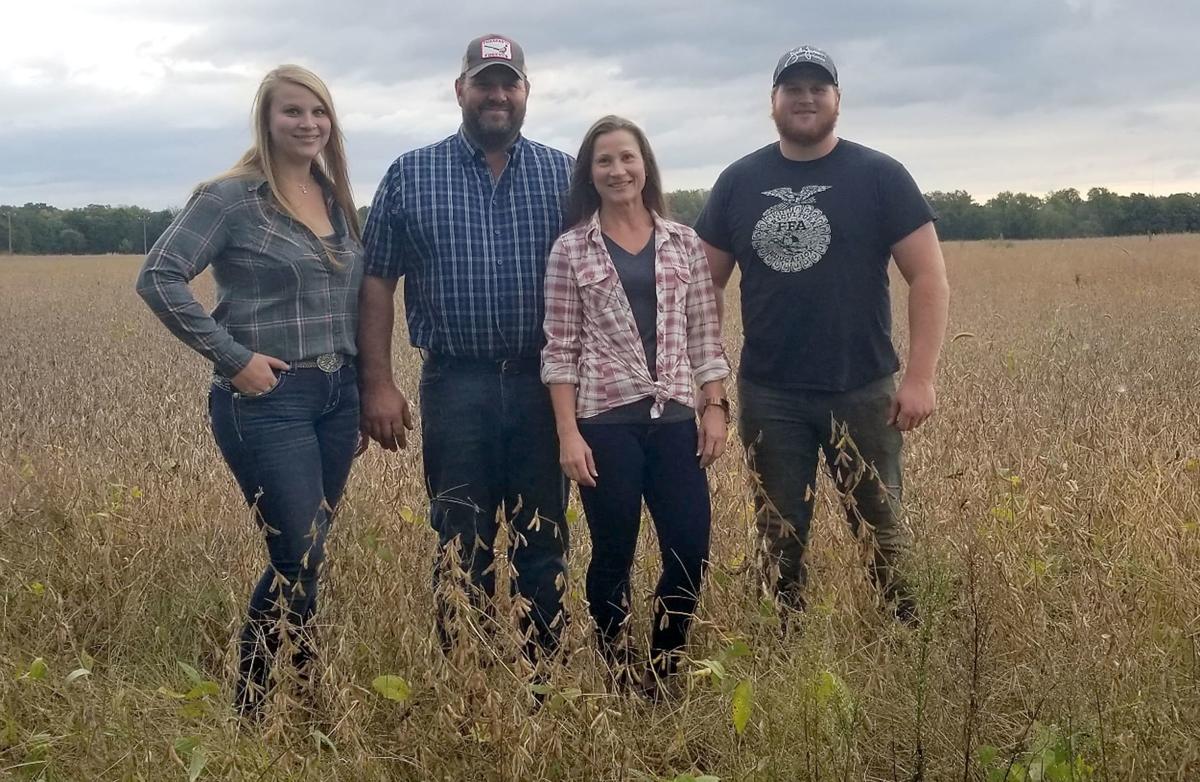 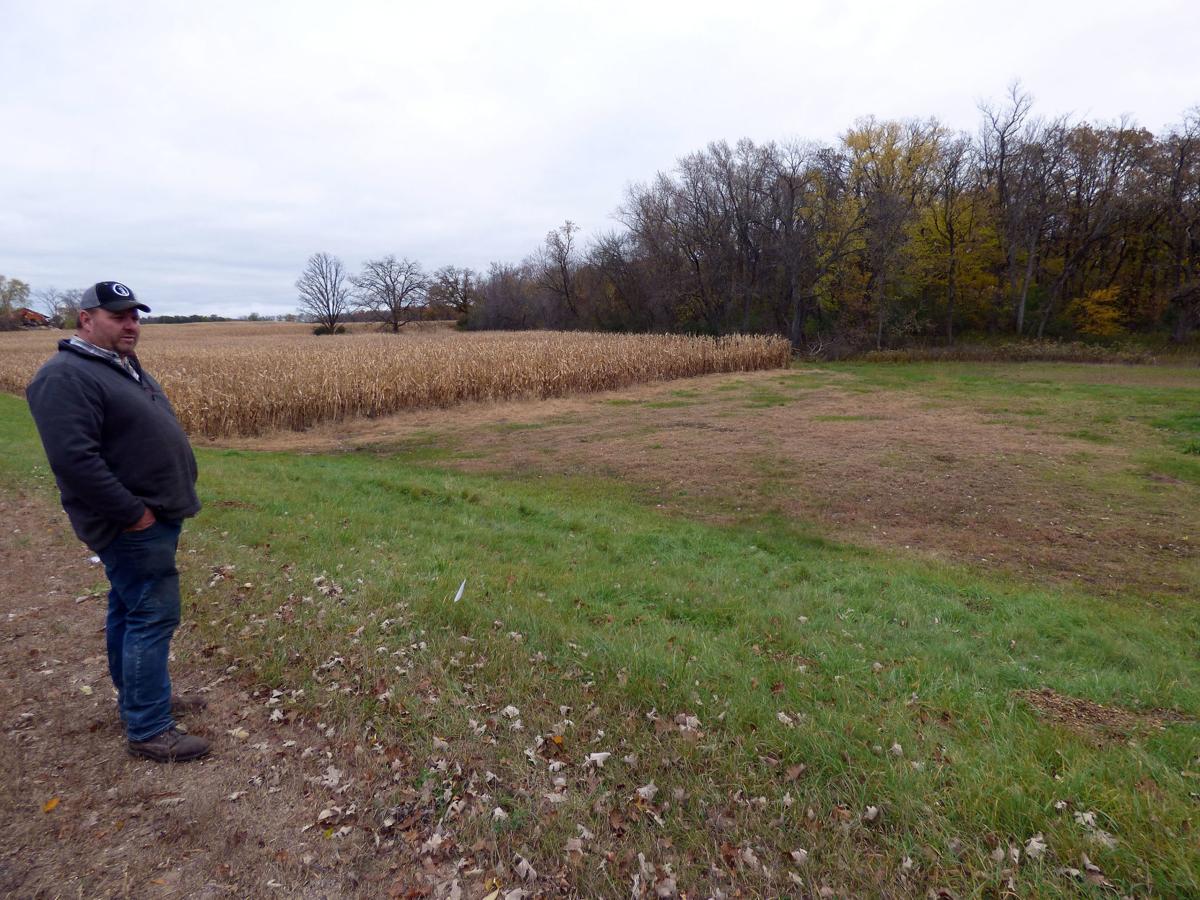 Jeff Lake took marginal areas of his farm out of production to cut costs and improve profitability while also helping improve water quality by creating a buffer between fields and the Hay River. 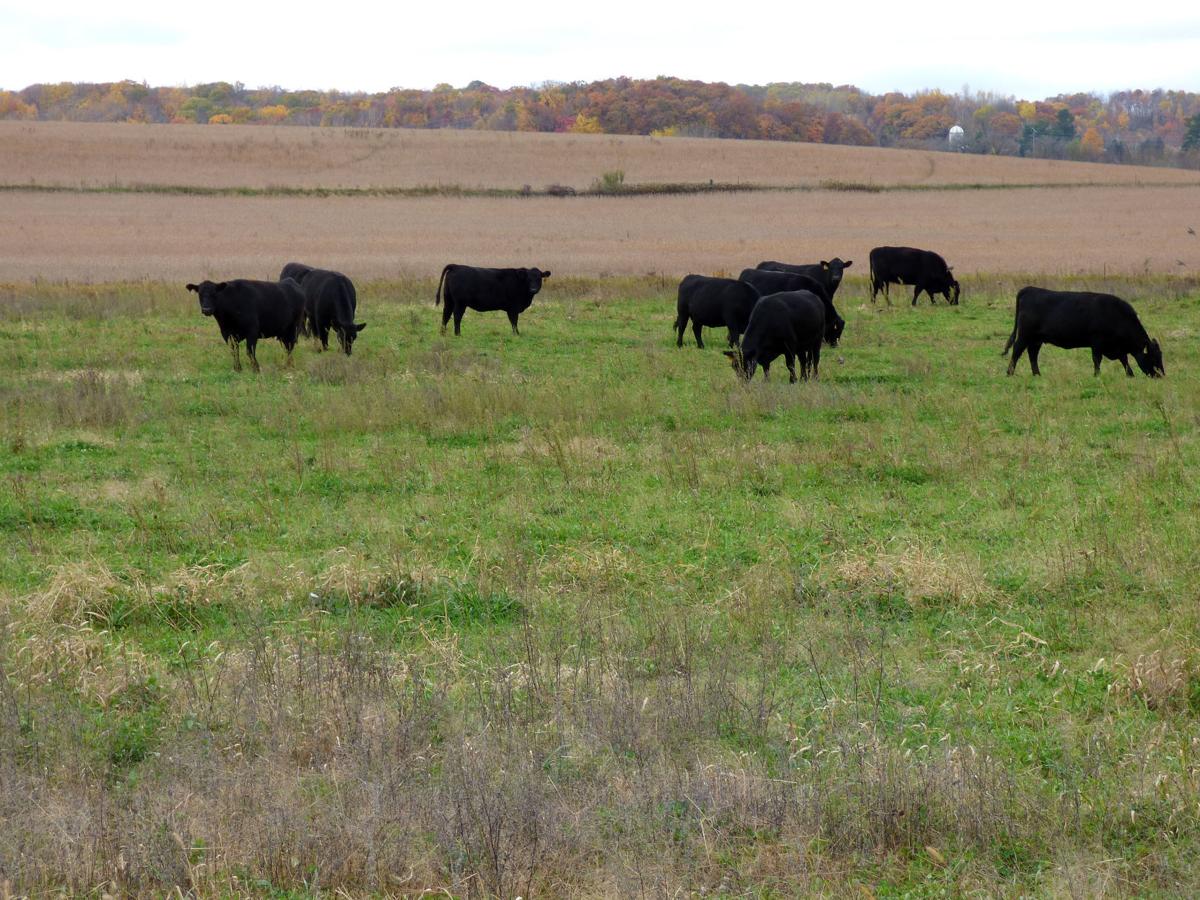 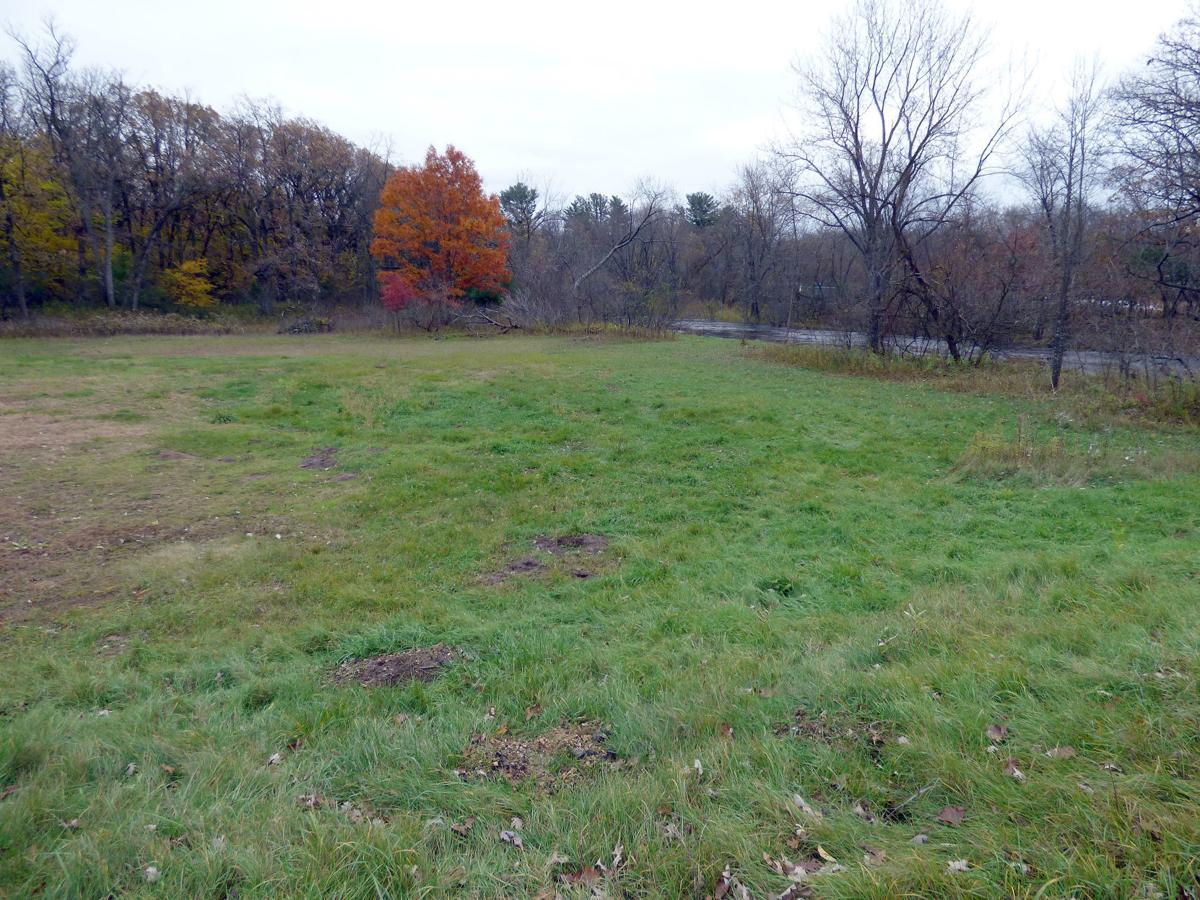 Grass buffers prevent runnoff from Lake's fields from reaching the south fork of the Hay River, which runs through his property. 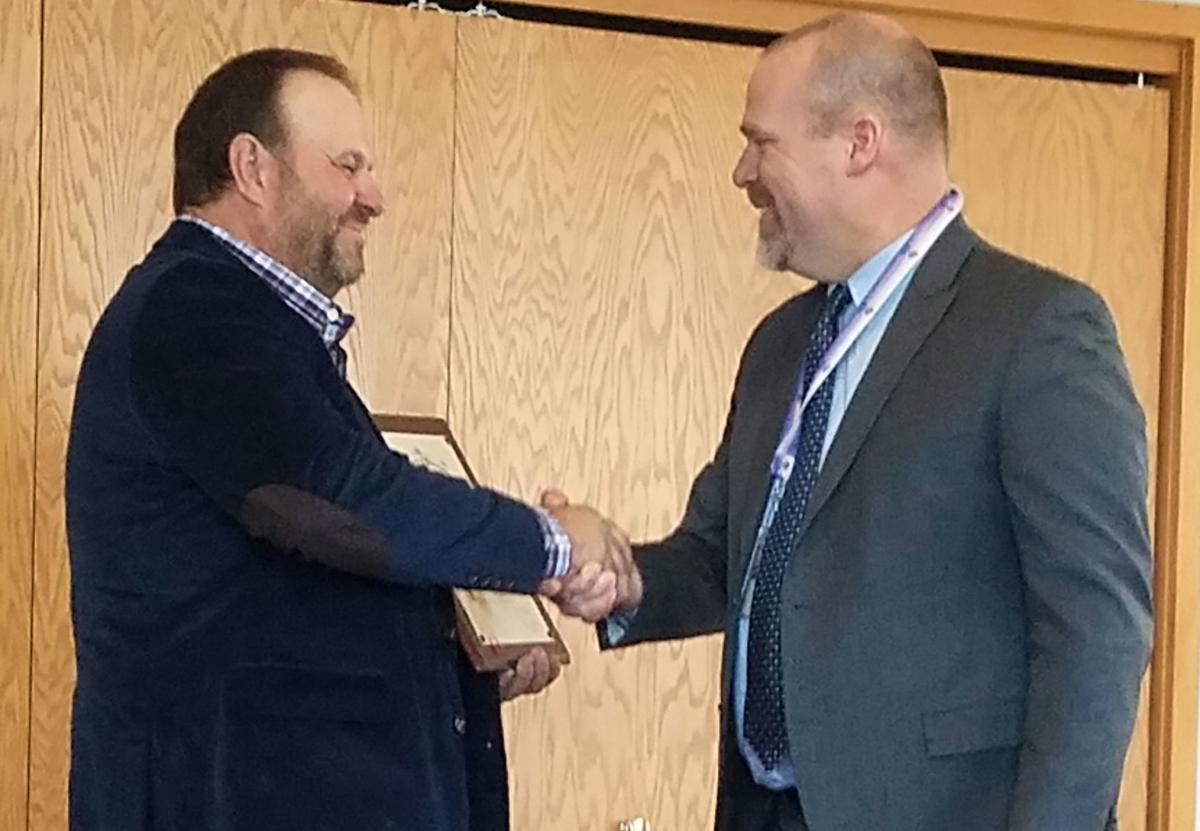 Jeff Lake took marginal areas of his farm out of production to cut costs and improve profitability while also helping improve water quality by creating a buffer between fields and the Hay River.

Grass buffers prevent runnoff from Lake's fields from reaching the south fork of the Hay River, which runs through his property.

WHEELER — Numerous factors play into the decision-making on Jeff Lake’s Dunn County farm, and the decisions that get made aren’t always the most obvious, but they do tend to benefit the farmers, their soil, the region’s water quality and the wildlife, all while improving the farm’s bottom line.

Recently, Lake made the decision to convert some marginal cropland into grass and full season cover crops in order to provide wildlife habitat and gain efficiencies. The move created buffers that prevent runoff from the fields making it to the river while allowing Lake to cut down on seed populations in a part of a field that didn’t tend to produce as well as other areas, saving him money in the process.

“As farmers, we think we have to farm everything,” Lake said. “All the sudden, we’ve shifted to thinking we don’t need to farm all these acres, but let’s farm the good ones better.”

For his efforts, Lake was named Wisconsin’s 2019 Leopold Conservation Award winner at the Nov. 7 Wisconsin Department of Agriculture, Trade and Consumer Protection meeting in Madison.

“It’s quite an honor, it’s basically like winning an Oscar,” Lake said. “There are a lot of farmers doing good things on the land, so to get this kind of recognition means a lot.”

In 2018, Lake was named as the first Precision Agriculture Farmer of the Year award winner by Pheasants Forever and he was a finalist for that year’s Wisconsin Leopold Conservation Award.

“This year was an exceptionally wet spring, and the farmers who were doing no-till and using cover crops were able to get into the fields this year,” said John Sippl, district conservationist with the U.S. Department of Agricultures Natural Resources Conservation Service in Menomonie. “I had dozens of growers come in and say, ‘because of the cover crops, I got my fields planted,’ and ‘because of no-till, I got my fields planted. Without that, I wouldn’t have been able to get as many acres in the ground as I did.’

“It’s a true testament to Jeff. To get 1,500 acres in this spring was quite a feat. And no-till and cover crops allowed that to happen.”

Lake also uses nutrient- and irrigation-management planning and variable-rate technology for fertilizer and seed application and pest scouting for integrated pest management. He has also improved wildlife habitat through buffer strips, full-season cover crop plots and, along with his brother, Rick, forest management to sustain wildlife.

Lake said soil and water health have long been important to the family and that parts of their farm have been in a quality deer management program for more than 30 years.

“We work with them a lot, and we come up with a lot of creative ideas for new practices,” Lake said. “The farmers are able to come up with the ideas on what way to go. It’s a good way for them to be involved.

“We’re always trying different species with our cover crops so we can pass the word on about what works and what doesn’t. It’s easier for farmers to hear from other farmers, and we encourage all farmers to try some sort of practice.”

Lake worked with Scott Stipetich of Pheasants Forever on profitability mapping to examine the farm’s fields, deciding to convert some marginal cropland into grass and full season cover crops in order to provide wildlife habitat and gain efficiencies. After identifying areas of fields that weren’t producing as well as the rest of the fields, Lake added grass buffers in areas where the fields border woods and the river.

“He’s buffering those old oxbows, those old wetlands,” Sippl said. “From a water-quality standpoint, wildlife-habitat standpoint, it’s a tremendous asset to have these buffers on those wetlands.”

“The other way it really works is when we have better grasses and clovers out there, the wildlife eat on the buffer strips rather than in the corn,” Lake said.

Lake is also a member of the Dunn County Demonstration Farm Network and is working with UW-Extension’s Discovery Farms program on nitrogen-use efficiency.

“The award makes us want to strive to do even more for our soil and water,” said Jake, the sixth generation of the family on the farm.

The other finalists for the 2019 Wisconsin Leopold Conservation Award were Bill Ciolkosz of Thorp in Clark County and John and Dorothy Priske of Fall River in Columbia County.

Lake’s daughter April nominated him for the award and worked with the NRCS, the Dunn County Land and Water Conservation Department and Pheasants Forever on letters of recognition for the nomination.

The award will be presented Dec. 8 at the Wisconsin Farm Bureau Federation’s Annual Meeting in Wisconsin Dells.

Leopold called for an ethical relationship between people and the land they own and manage, which he called “an evolutionary possibility and an ecological necessity,” in his 1949 book, “A Sand County Almanac.”

Sand County Foundation presents the Leopold Conservation Award to private landowners in 20 states with a variety of conservation, agricultural and forestry organizations. For more information on the award, visit www.leopoldconservationaward.org.