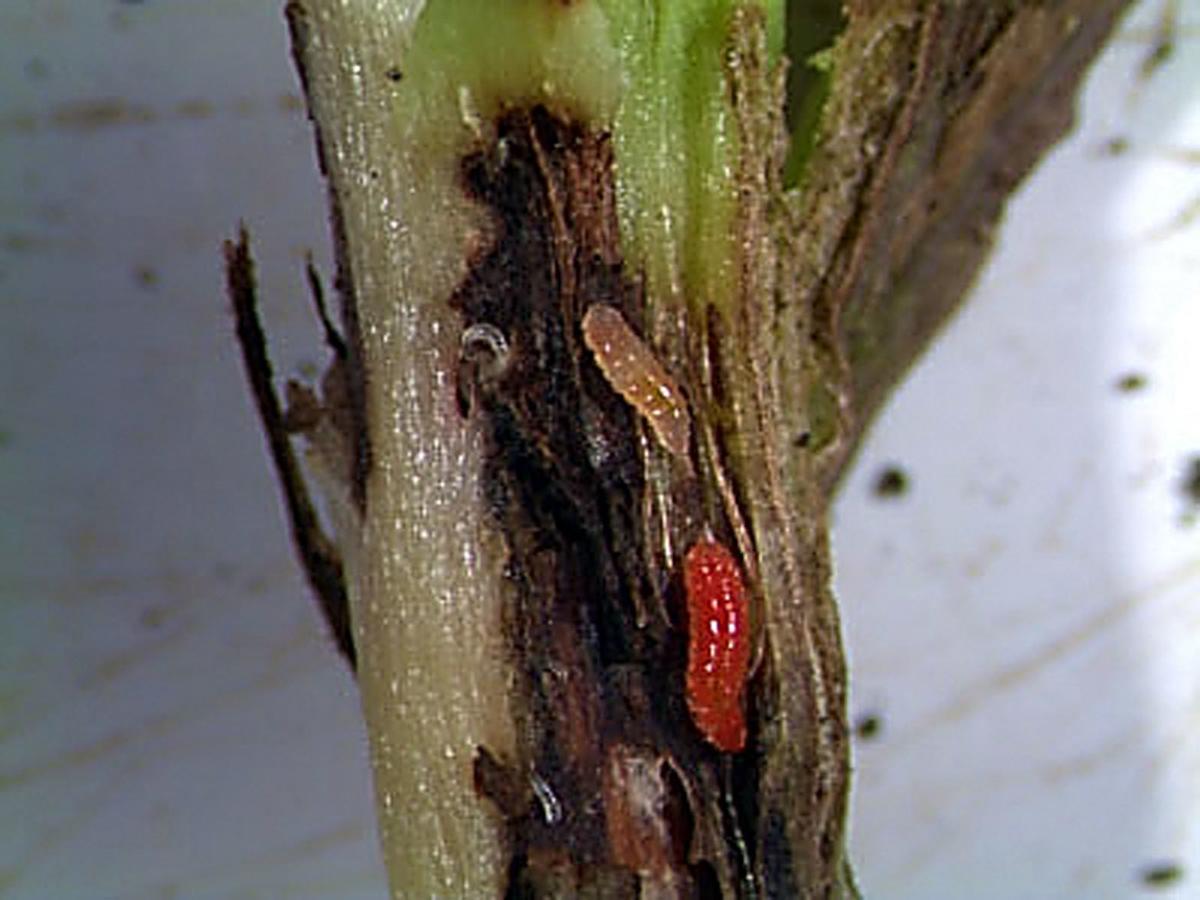 CHIPPEWA FALLS — Something new could soon be coming to Wisconsin soybeans, and state entomologists are already on the lookout.

Soybean gall midge was discovered in June 2018, when soybean growers began to notice damage along the edges of fields. In August 2018, the cause of the damage was tied to a small, pale to bright orange gall midge larvae based on samples from a Rock County, Minnesota, field showing damage similar to what had previously been reported.

Similar damage had been reported in 2011 and 2015, according to UW-Madison entomologist Bryan Jensen.

“It’s a new species, and the origin is absolutely unknown,” Jensen said Nov. 5 at a Pest Management Update meeting in Chippewa Falls. “How many insects do you find that were first found, first described, in our lifetime, let alone this year?”

The majority of the damage done by soybean gall midge is at or near the soil line and is usually more severe at the field edge. Jensen said the midge can cause up to 100% yield loss on field edges, but the yield loss on interior parts of the field drops to 20%.

“They are weak fliers, that may be part of the reason damage is limited to the edges,” Jensen said.

Jensen said educators have not yet found the midge in Wisconsin but that the state will be part of a survey for the insect in 2020.

He said there was a scare earlier this year that soybean gall midge had made its way to Wisconsin, but it turned out to be white mold gall midge that was found in a Pierce County field in August.

“When that sample was brought in to campus, it looked everything like it should be soybean gall midge,” Jensen said. “With gall midge taxonomy, there are some very slight taxonomic keys that separate the two, and to PJ (Liesch, director of the UW-Madison Insect Diagnostic Lab), they just did not look right. He didn’t call it soybean gall midge, and it wasn’t. Bless his heart, I didn’t want to have to deal with it quite this soon.”

Renz said his laboratory is working on interseeding efforts where they plant corn for corn silage and within one day between the rows they seed in alfalfa in June and early July.

“If we do our job, we get a really good cover of alfalfa,” Renz said. “Upwards of 80% of that alfalfa survives and we can get the full yield potential in future years.

“If we do it correctly, it can work really well. We can get no corn silage loss from competition from the alfalfa, we get a fully established field of alfalfa that is going to skip that seeding year yield drag, so we have full production that following year, and having all this cover is going to protect our environment from any runoff or erosion.”

Renz said that over a two-year period, the system can provide up to a 15% increase in total forage because the seeding year drag is eliminated.

“But there’s challenges to this, because it’s a high-intensity system,” he said. “We’re going to need to do some things differently and there’s lots of ways it can not work.”

Renz said corn density, alfalfa development, insects and diseases can play large roles in how the system works, but his lab is working on ways to make the system run more smoothly.

“Right now, our research is trying to figure out how we can come up with recommendations that are successful,” he said.