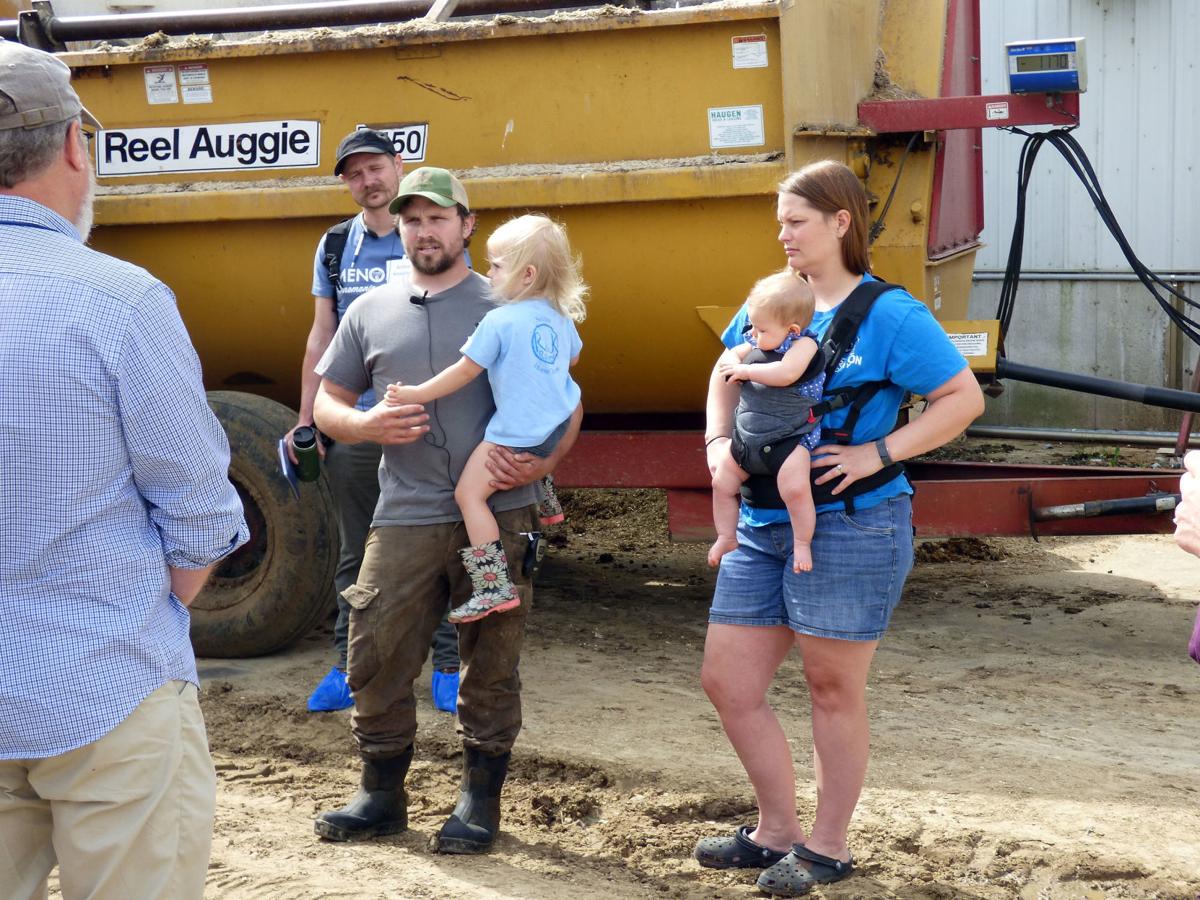 Tom Brenner of Farm On Dairy near Durand answered questions June 26 during a Water Matters tour of his farm. 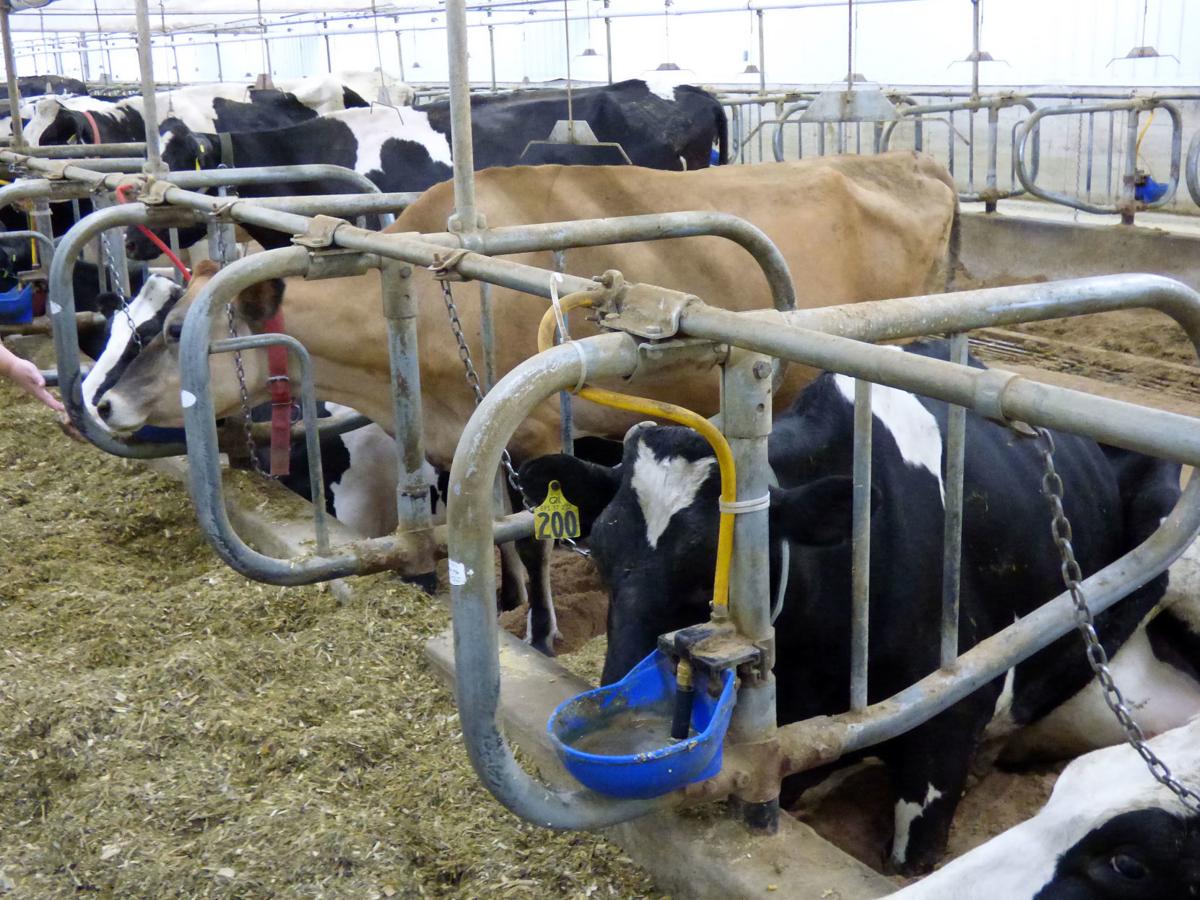 A dairy expert is optimistic that milk prices will increase for Wisconsin dairy farmers this year. 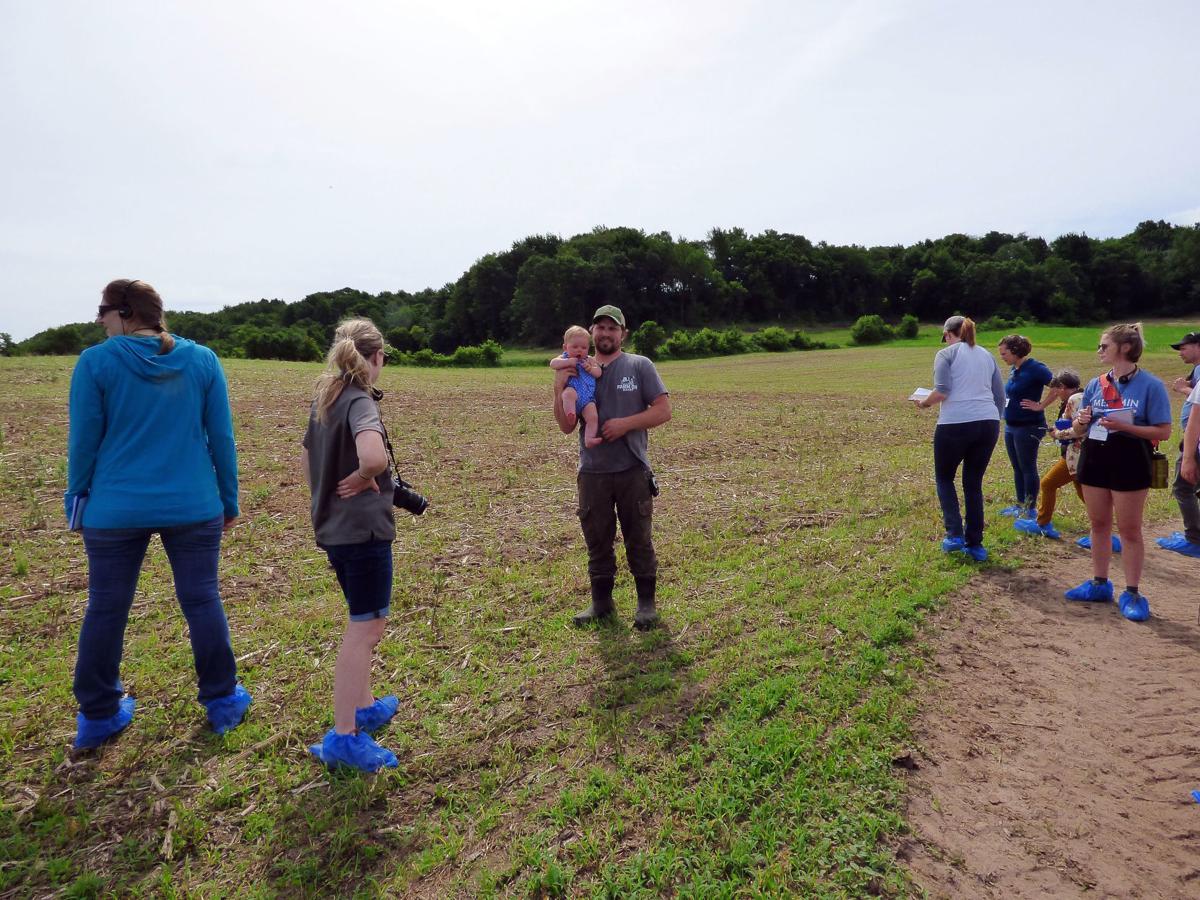 Tom Brenner of Farm On Dairy near Durand showed visitors a field planted with forages June 26 during the 2019 Water Matters tours. 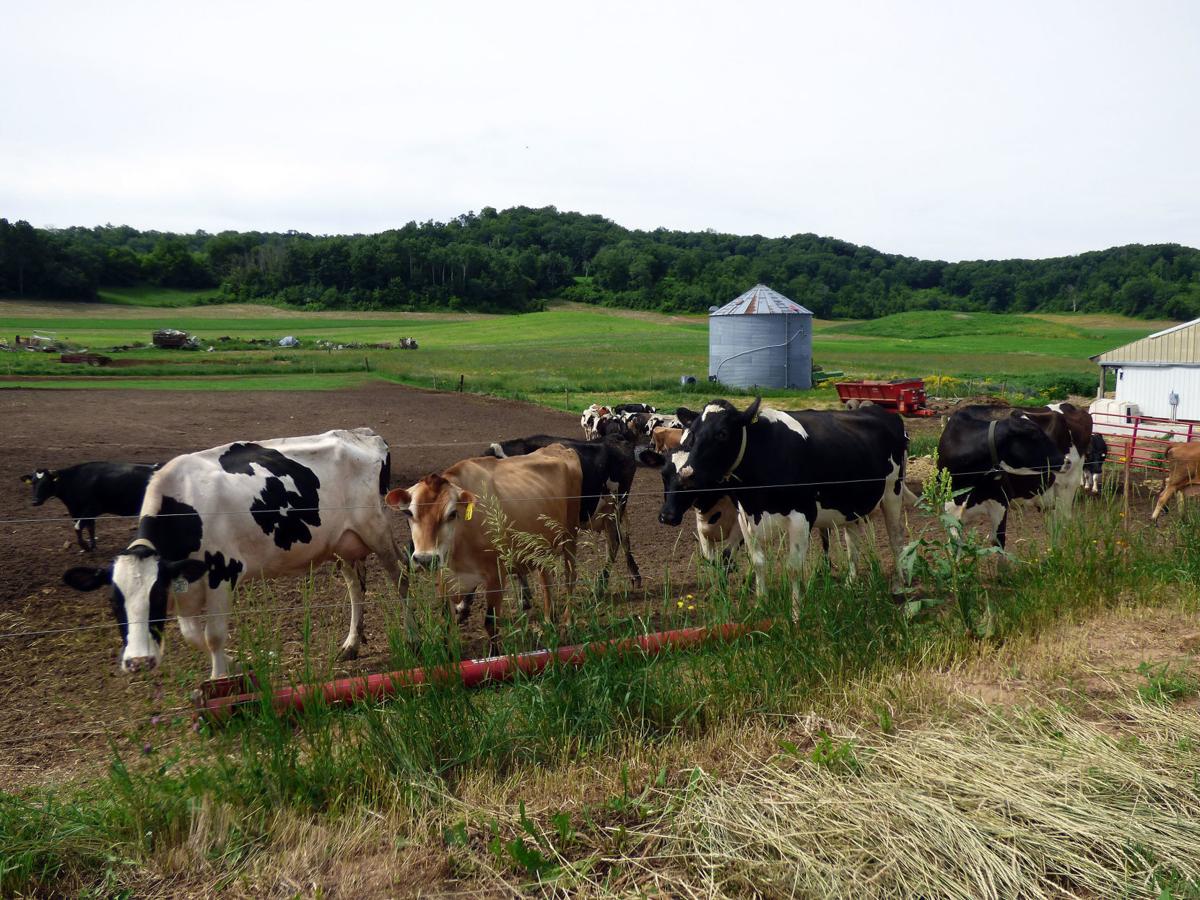 Tom Brenner’s dairy herd is a mix of Holsteins and Jerseys. 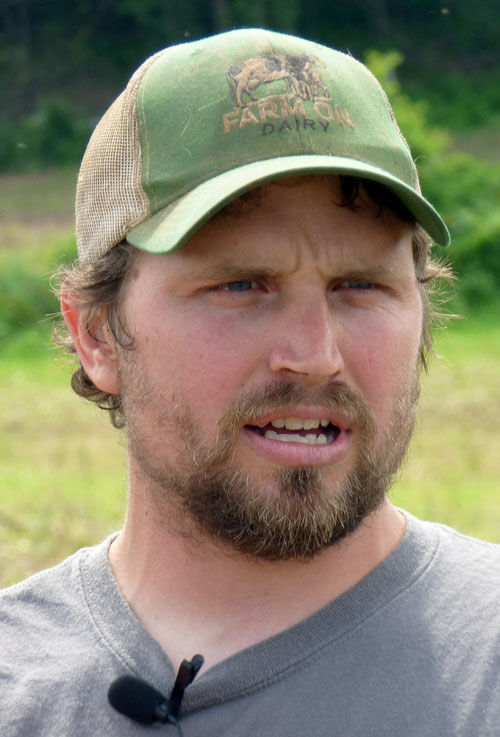 Tom Brenner of Farm On Dairy near Durand answered questions June 26 during a Water Matters tour of his farm.

A dairy expert is optimistic that milk prices will increase for Wisconsin dairy farmers this year.

Tom Brenner of Farm On Dairy near Durand showed visitors a field planted with forages June 26 during the 2019 Water Matters tours.

Tom Brenner’s dairy herd is a mix of Holsteins and Jerseys.

DURAND — As a beginning dairy farmer, Tom Brenner has taken a much different approach to starting a farm of his own than many of his peers.

Despite growing up milking in a parlor, when he set out to build a dairy farm of his own, Brenner opted to build a tie-stall barn.

Brenner’s great-grandfather started dairy farming on the family’s Pepin County property in 1923, but his family got out of dairying in 2000.

After finishing college, Brenner started farming on his own in 2011. He rented a farm and milked nearby for five years, but eventually he decided to move back to the home farm.

“There were a few good years of milk; I got a little cocky and built a barn,” Brenner said.

While Brenner’s family had milked in a parlor, he became familiar with a tie-stall system on the farm he was renting in Eau Galle and decided he liked it.

“And building this structure, on a cost-per-stall basis, was the cheapest option,” he said. “It fit into a budget, and I could build the shell of a barn that’s high enough and wide enough that if things go well in the future, I could easily put a parlor and holding area in.”

Brenner started dairying with about 50 mostly Holstein cows. He has been crossbreeding his Holsteins to a Jersey bull and he also has some purebred Jersey cattle in the herd.

“I like the idea of crossbreeding for hybrid vigor,” he said. “The goal is to have a healthier animal and longer lives. You run the whole gamut of health benefits.”

Brenner said milking 100 cows is right about where he wants to be. He rotated cows into the tie-stall when he was renting but has no plans to get any bigger than he is now.

“My goal is to make profitable milk,” Brenner said. “I believe you can do that at all sizes. I don’t think there’s anything cookie-cutter about the ag industry.”

Brenner said being small and farming on his own affords him some opportunities that larger farms supporting multiple families might not. For example, he said, he is able to make the conservation-minded decisions he thinks would best fit the farm.

Brenner practices no-till farming and runs about 300 acres. About 100 acres is in corn, part for grain and part for silage, and the remainder is in new seedings and rye.

Brenner collaborates with an agronomist and seed representatives to look for digestible forages, deciding on alfalfa, corn silage and a mixture of grasses. He hopes to get away from the use of synthetic fertilizer.

“A secondary focus is how to keep things growing on the ground at all times,” Brenner said. “I’ve got to feed the soil too. Underneath that mat of fodder is another nutrient system. It’s like livestock under the ground, and they need live, active roots soaking up solar sun to feed them.

“If I can grow plants and harvest carbon from the sun and put that in the ground, I’m going to feed all those soil micro-organisms, and life is going to get better for me down the road.”

Brenner said his Pepin County soils are sandy and don’t contain a lot of organic matter, which makes his goal of getting away from synthetic fertilizer difficult but increases the importance of having something growing on the ground for as much of the year as possible.

“If we always have something growing and we’re always pushing carbon in the ground, we can change the top layer of soil into an absolute growing machine that is unbelievably healthy for the waterways and anything around you,” he said. “What’s good for the goose is good for the soil.”

Brenner said he is hoping to build healthier soils faster than the 10 to 15 years it can typically take by planting a diverse mix of cover crops and “making his manure count,” he said.

“I’m going to try to take all my manure and utilize carbon sources — whether that’s leaves from the city of Durand or anything that I can purchase or harvest off my own ground,” Brenner said. “Any waste that’s carbon, I want to mix it with my manure and make a compost. That compost is going to be a very stable fertilizer that can hang out with locked-in carbon and be slowly released throughout the growing season. and when it’s not the growing season, it’s still tied to carbon and it’s much less prone to leaching.”

Brenner said testing of the organic matter has shown it’s not growing quite as fast as he would like, but he’s gained between 0.5 and 1.5 percent in certain fields. On the farm he previously rented tests would come back between 0.9 and 1.9 percent, he said.