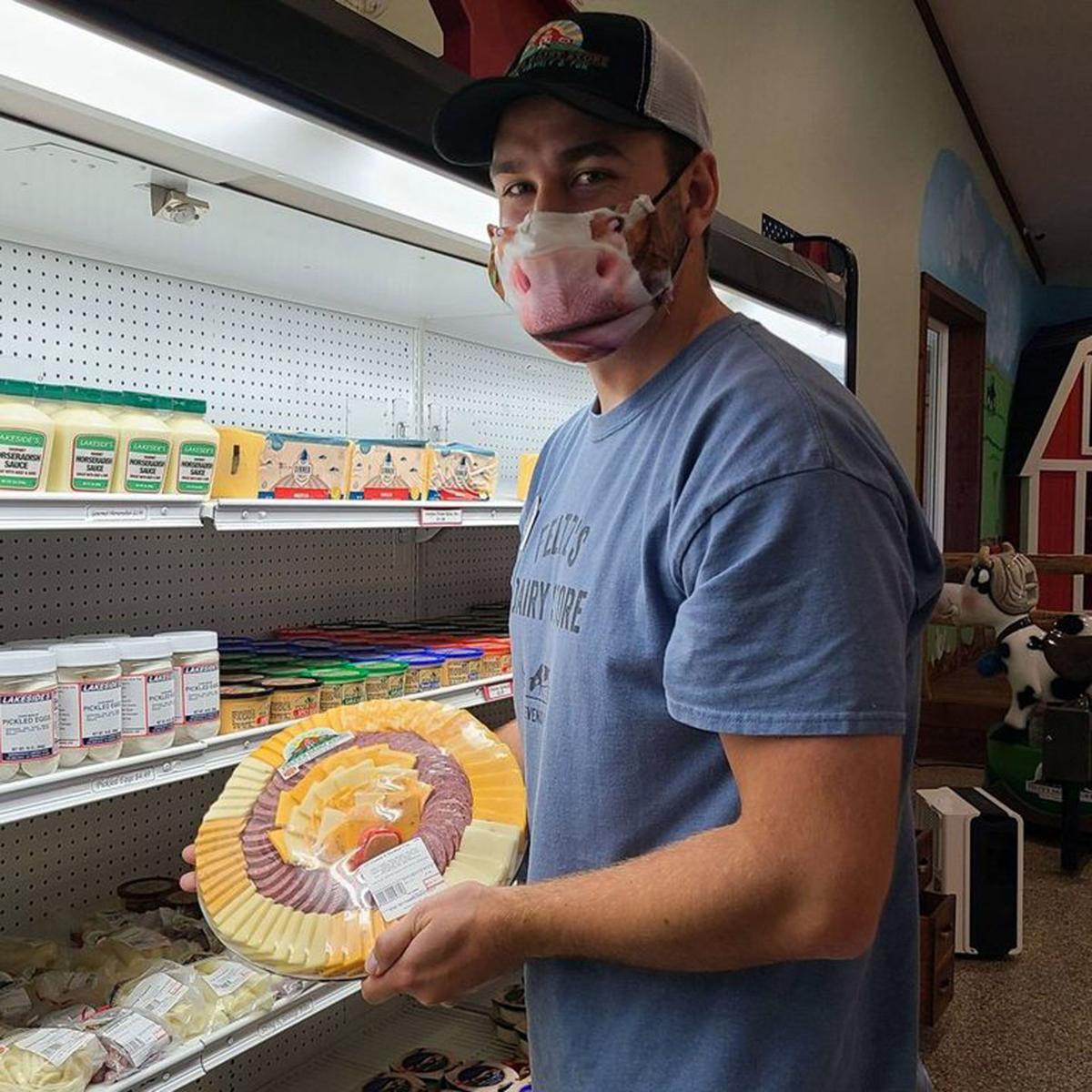 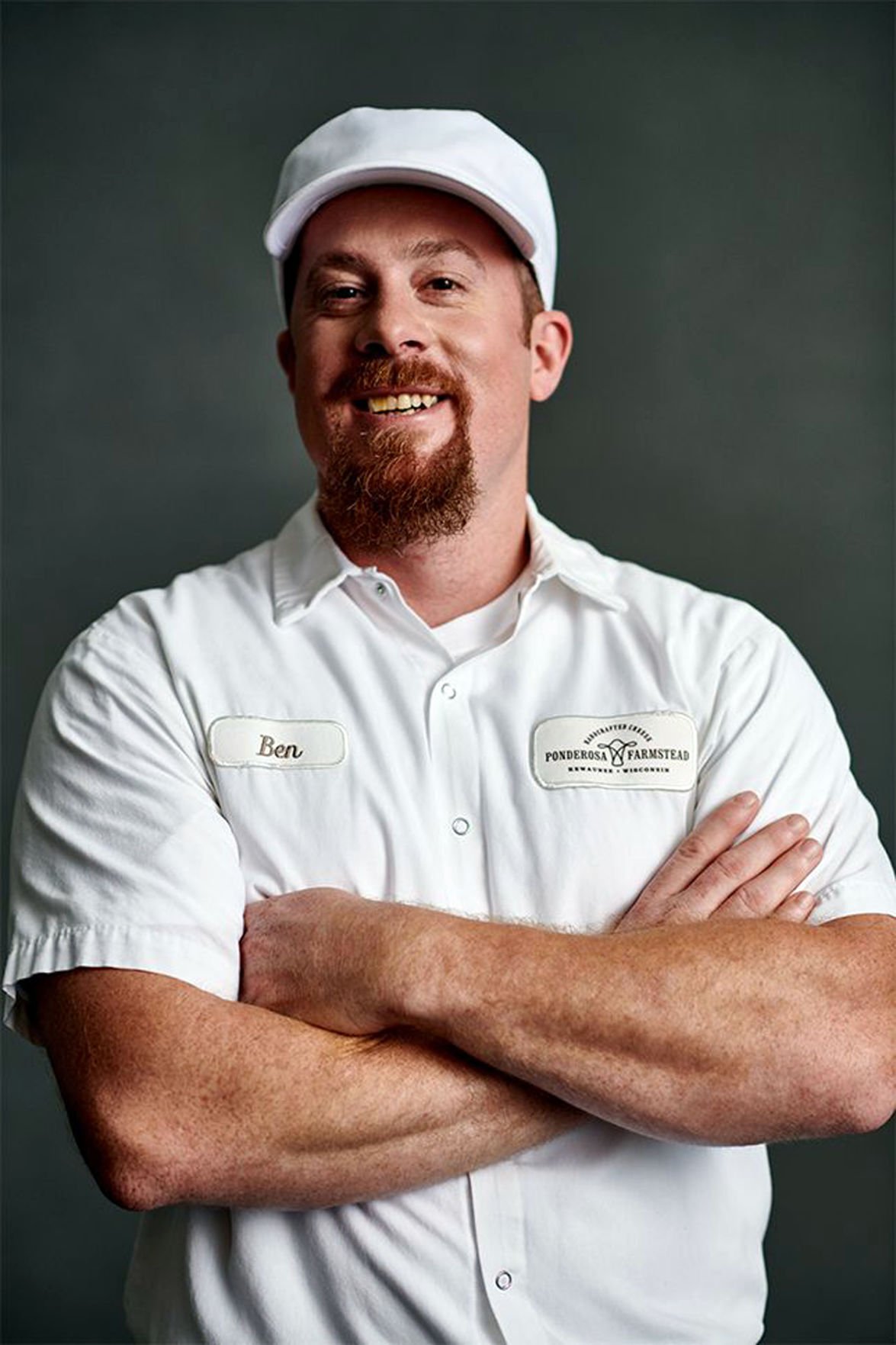 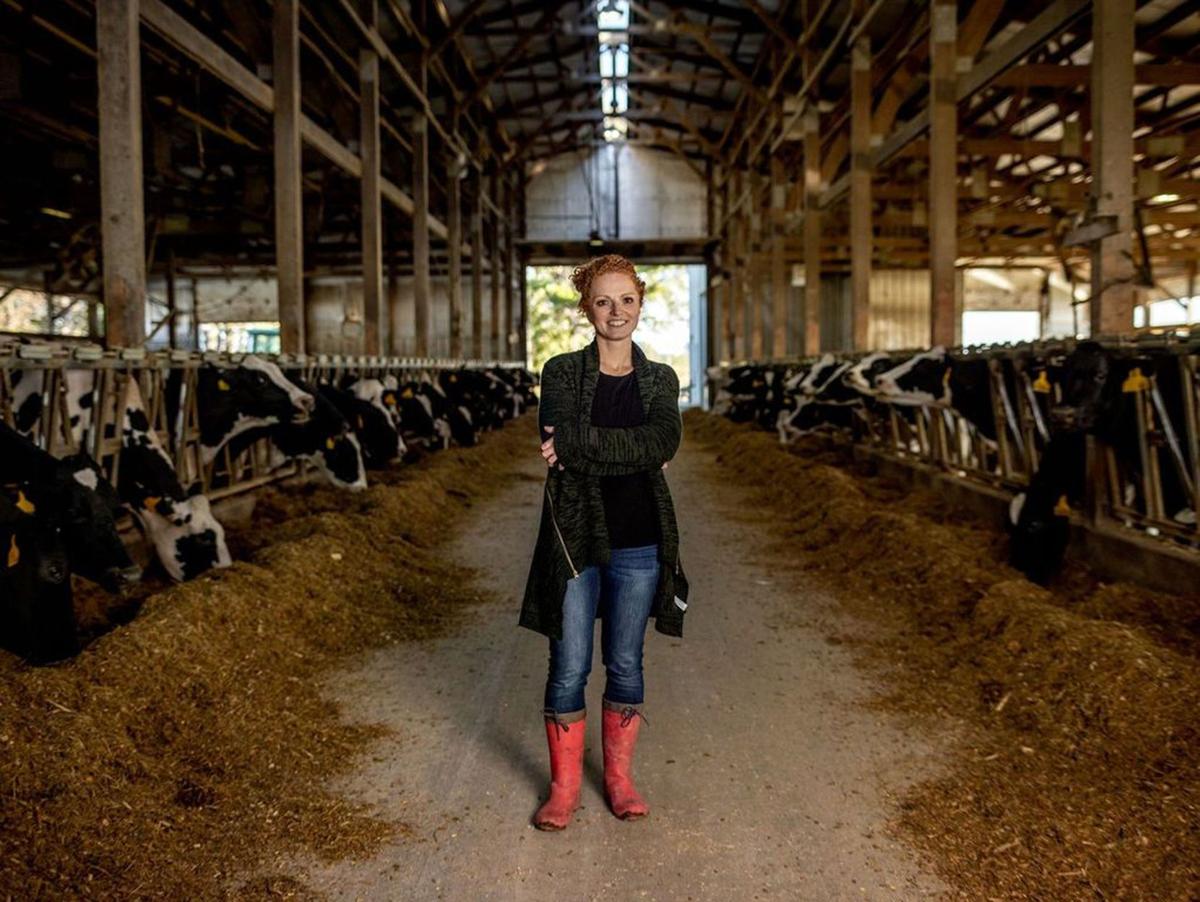 Even a talented cheesemaker can only do so much with average-quality milk, according to Ben Shibler, cheese manager and head cheesemaker at Ponderosa Farmstead in Kewaunee.

At farmstead cheese operations, like Ponderosa Farmstead, Feltz’s Dairy Store in Stevens Point and Redhead Creamery in central Minnesota, the milk used in making cheese on-site is as fresh as can be, coming straight from the farm’s cows to the cheese production facility for processing.

Using milk quickly and subjecting it to fewer mechanical processes that can alter the milk’s structure is a difference-maker for farmstead cheeses, Shibler said.

“By having some of the freshest, best quality milk on the planet, these farmstead operations, we get a better product,” Shibler said.

Shibler said that they aren’t necessarily better at making cheese than someone else; they just have a superior ingredient to start off with.

The milk that goes into Ponderosa Farmstead cheese comes from the farm’s herd of 5,400 crossbred Holstein/Jersey cows, which yield a milk well-suited for cheesemaking, Shibler said.

“In my whole career, this is probably the best cheesemaking milk that I have ever got to work with,” Shibler said.

For Shibler, who has been with Ponderosa Farmstead for five years, farmstead cheese has proven to be a change from the standard cheese production facilities he previously worked at.

As a high school student, Sjostrom said she knew she wanted to be part of the farm but wasn’t sure how — until a 4-H trip took her to Crave Brothers Farmstead Cheese in Waterloo. Cheese brought Sjostrom her “a-ha moment of ‘I’m going to make cheese. This makes sense to me. We can do this right on our farm as well.’”

She studied cheese and worked for several companies before coming back to the farm, where cheese began to be made in 2014, Sjostrom said. The operation hasn’t been without “hiccups,” she said, but they’ve evolved over time.

Now about 10% of the milk from the farm’s herd of 200 registered Holsteins and Brown Swiss goes into their farmstead cheese, Sjostrom said, with the rest going to a co-op, where it’s also used to make cheese.

For almost four years, Feltz’s Dairy Store has been selling cheese and other products, the vast majority of which are from Wisconsin, but is just getting into making farmstead cheese. Jake Feltz, manager of Feltz’s Dairy Store, just received his cheesemaker’s license earlier this month, with sales of the farmstead cheese he plans to make imminent.

“I did not plan on making cheese,” Feltz said.

He initially planned on just doing retail and helping out on the farm, which has about 700 cows. But as the city of Stevens Point grew and started to envelop the farm, the Feltz family decided to accept it and add cheesemaking to benefit from the extra traffic. The cheesemaking process will add another layer to the farm’s tours, allowing a complete “farm-to-fork experience,” Feltz said.

The idea to start making cheese formulated a couple of years ago and, after some delays due to the COVID-19 pandemic, Feltz was finally able to finish the coursework and apprenticeship required before licensing.

Feltz plans to focus on making cheese curds first, which were an already proven popular seller at the store. The plan is to start small and expand.

All of the farmstead operations make education a part of the business, with each farm offering tours, although those have largely been put on hold due to the coronavirus pandemic. Redhead Creamery also hosts Curd Fest annually (not last year due to the pandemic), which is partly educational but mostly for fun, Sjostrom said.

In addition to its impact on the farms’ tours, COVID-19 also meant that the farmstead cheese operations saw changes in how they marketed their product. Online sales took off, but foot traffic in farm stores that may have seemed to be the smaller, safer shopping choice seemed to increase as well.

Turning to farmstead cheese production does have challenges to consider.

Establishing name and brand recognition can be hard to do when competing with national brands on store shelves, Shibler said. Expanding a brand can also pose challenges in terms of getting the cheese products with a limited shelf life out farther.

Feltz added that it’s important to find someone who knows what they’re doing when it comes to making cheese and learn from them.

When it comes to making cheese, being able to adapt to consumers, trends and what’s right for the farm will also play a role, the panelists said.

Sjostrom said that there was a “huge learning curve” when she started. When just starting out, Redhead Creamery produced a lot of their clothbound cheddar but wound up composting nearly three-quarters of it when they couldn’t sell it when it was ready. Other cheese development helped with cash flow at the time, but Sjostrom said it was something she’d never want to go through again.

Sjostrom also said that before turning to farmstead cheese, “consider how much you like people” because that will be different than working with the cows.

Producers are also encouraged to determine if they want to be the cheesemaker or manage the cheesemakers and if they’re prepared for their role to change, Sjostrom said.

“Personally, I always considered myself the maker, and only the maker,” Sjostrom said. “But that’s changing, and it has to change in order for my business to grow.”