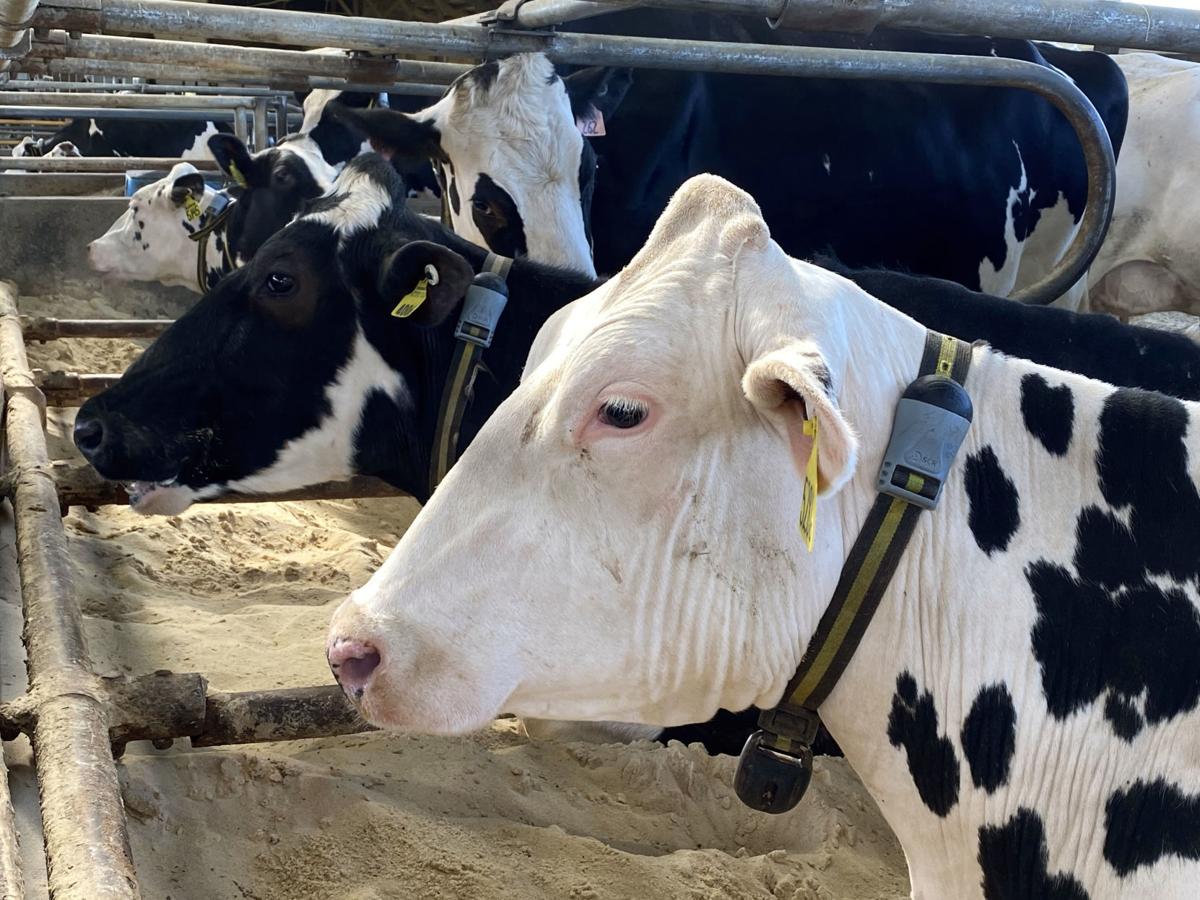 The herd at Selz-Pralle Dairy is outfitted with “Fitbits for cows” around their necks, which track rumination and activity. 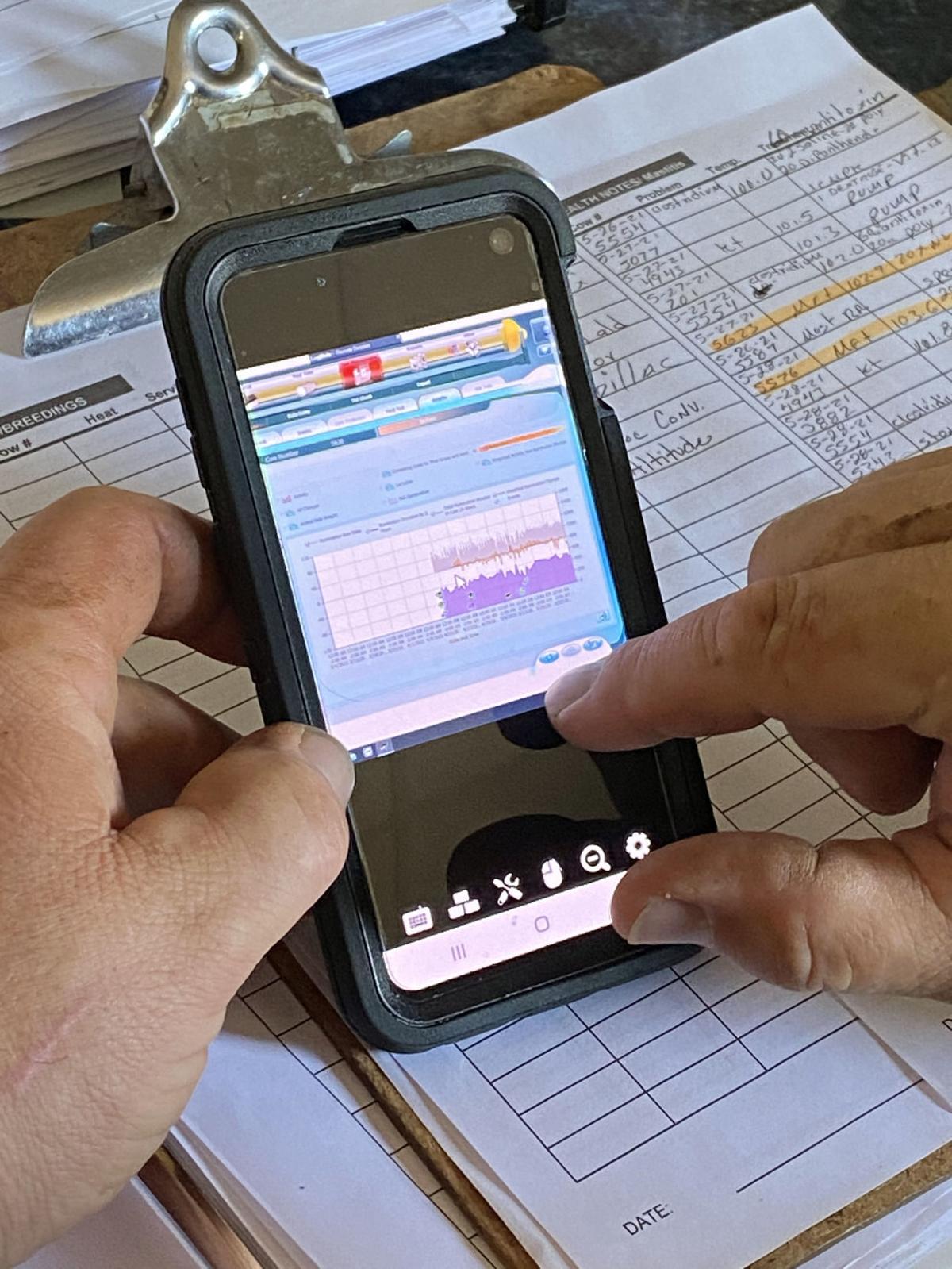 Data from the cows’ activity monitors also goes to Scott Pralle’s phone, giving him a 24/7 monitor for the herd. 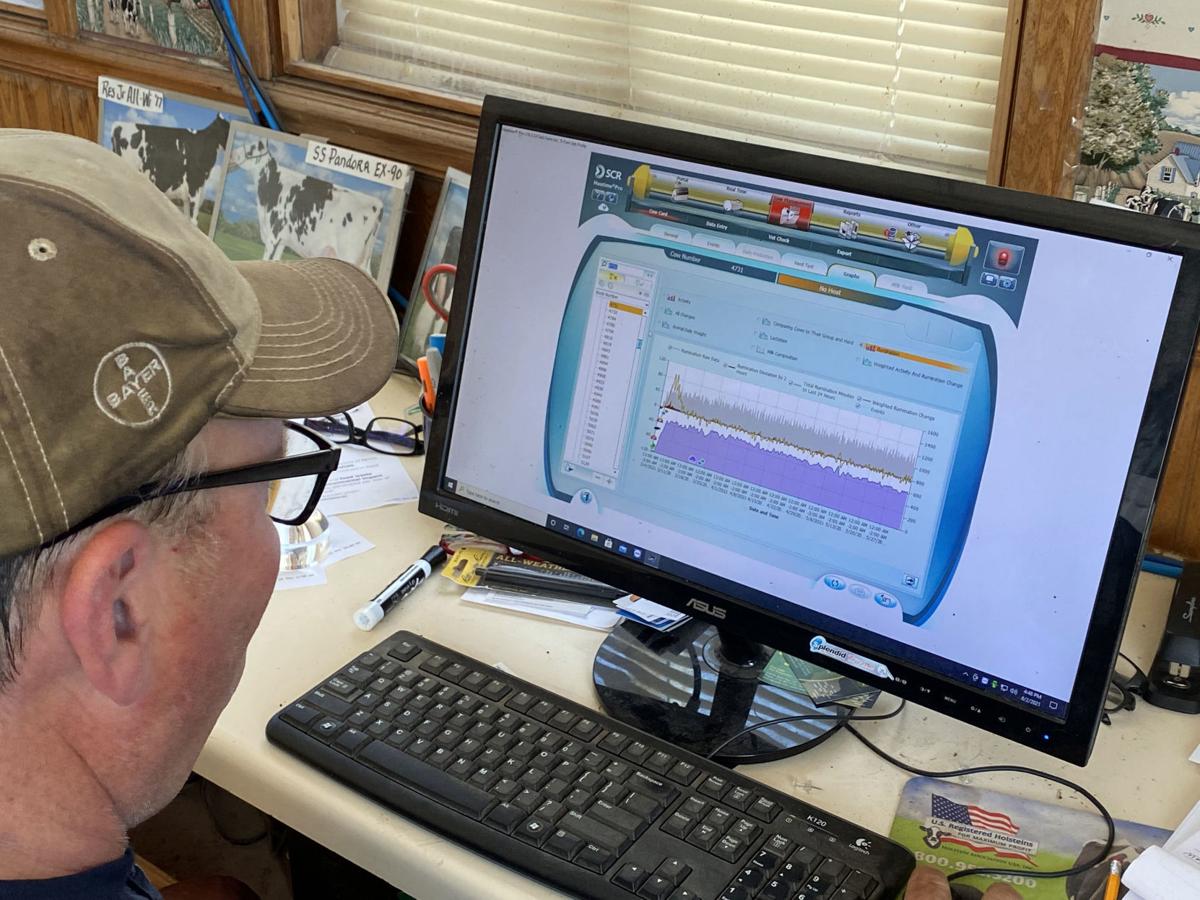 The cows' activity trackers transmit to a computer program that provides data that Selz-Pralle Dairy can use to monitor the herd for deviations from their normal activity or rumination. 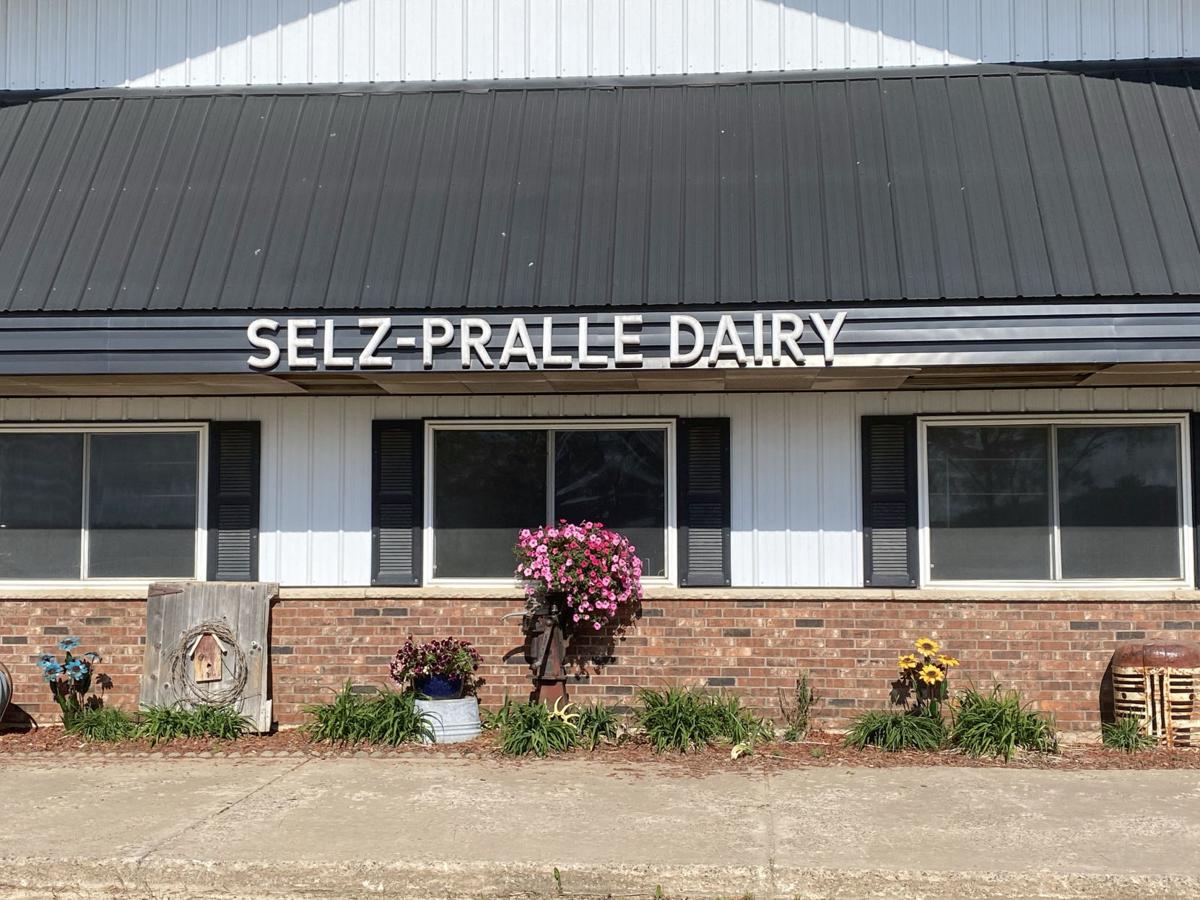 The herd at Selz-Pralle Dairy is outfitted with “Fitbits for cows” around their necks, which track rumination and activity.

Data from the cows’ activity monitors also goes to Scott Pralle’s phone, giving him a 24/7 monitor for the herd.

The cows' activity trackers transmit to a computer program that provides data that Selz-Pralle Dairy can use to monitor the herd for deviations from their normal activity or rumination.

Neither Pam Selz-Pralle nor her husband, Scott Pralle, wears a Fitbit on their wrist to track their activity while working on their farm, Selz-Pralle Dairy.

But their cows do.

To be more accurate, cows among the dairy’s herd of 500 wear rumination and activity monitors around their neck, not the name-brand devices many people use to track everything from step count to heart rate.

While the human and bovine devices have their differences, “Fitbits for cows” does show the health and wellness craze is also present in the dairy industry, Selz-Pralle said.

Tracking cow “moo-vement” isn’t exactly new, Selz-Pralle said. Pedometers, which measure step count only, for cows have been around since the 1970s.

But technology has grown significantly more advanced since then, and Selz-Pralle said that, in their area, they were among the early adopters of the newer rumination and activity monitors when they started using the technology six years ago.

The prices for the cow activity monitors (about $120-$150) are remarkably similar to those of Fitbits to people. But the total investment adds up when trying to track a herd as opposed to a single person.

The cost of an activity tracker can eat away at an already thin margin for dairy cows, but Selz-Pralle says the investment was worth it. For one, the technology helps keep the farm’s cow’s healthy.

The activity trackers transmit signals to a computer program several times a day, creating data that can indicate a cow is sick 24-48 hours before the cow starts showing clinical signs of illness, Selz-Pralle said. Lowered milk production is usually the first sign of an ill cow, she said, but the activity trackers can help show that there’s something off with a cow well before that happens.

That early notice provides a chance to address problems with other treatments, such as probiotics, extra fluids or aspirin, that aren’t as invasive or don’t require antibiotic use.

Selz-Pralle provided data that showed improvements in cow health in their first year using the activity monitors, thanks to being able to detect health problems earlier. Displaced abomasums were down 80%, ketosis was reduced by 65% and drug costs were halved.

Activity trackers can also indicate which cows are likely to be high performers. For example, a typical cow may spend 6-8 hours ruminating a day, while a high performer may spend 10 hours a day chewing its cud, Selz-Pralle said.

Data from Selz-Pralle Dairy’s world-record-holding cow for milk production showed that she ruminated for 10-plus hours a day and wasn’t very active, Selz-Pralle said. Upon examination of the cow’s records, they also found that she had never been treated for anything in her life.

The data from the activity trackers can also assist in monitoring a cow’s fertility cycle, including indicating optimal times for breeding, providing earlier notice prior to calving and helping watch cows post-calving, Selz-Pralle said.

If the activity trackers can help keep cows healthier, that also makes the farm more efficient.

“For us, it saves us labor,” Selz-Pralle said.

Selz-Pralle said she figured that one sick animal adds about half an hour of work to an already 12-hour long day. Any labor that the activity trackers can save — and any useful data they can provide — is also particularly helpful in an industry that has been struggling to find enough skilled laborers.

In addition, the activity trackers have made it easier for Selz-Pralle and her husband, Scott, to take some time away from the farm.

Data from the activity trackers, which Selz-Pralle said her husband refers to as a “backup herdsman,” is also transmitted to Scott’s phone. That means Scott can check in on the herd whenever and from wherever, even during a trip the pair took to New Zealand.

Selz-Pralle said new technology for dairy continues to come down the pipeline, but it’s important that the technology is affordable.

What investments like cow activity monitors — which have become less expensive over time, as is the case for much technology — really boil down to for farmers like Selz-Pralle is animal care.

And as June Dairy Month continues, Selz-Pralle said she wants consumers to know that cow health and milk quality aren’t something they kid about.

Farmers want nothing more than to look after their herd, she said.

“We need this new technology to help take care of our animals.”

And to consumers, the farm promises to provide a safe and high-quality product, no matter the time of year.