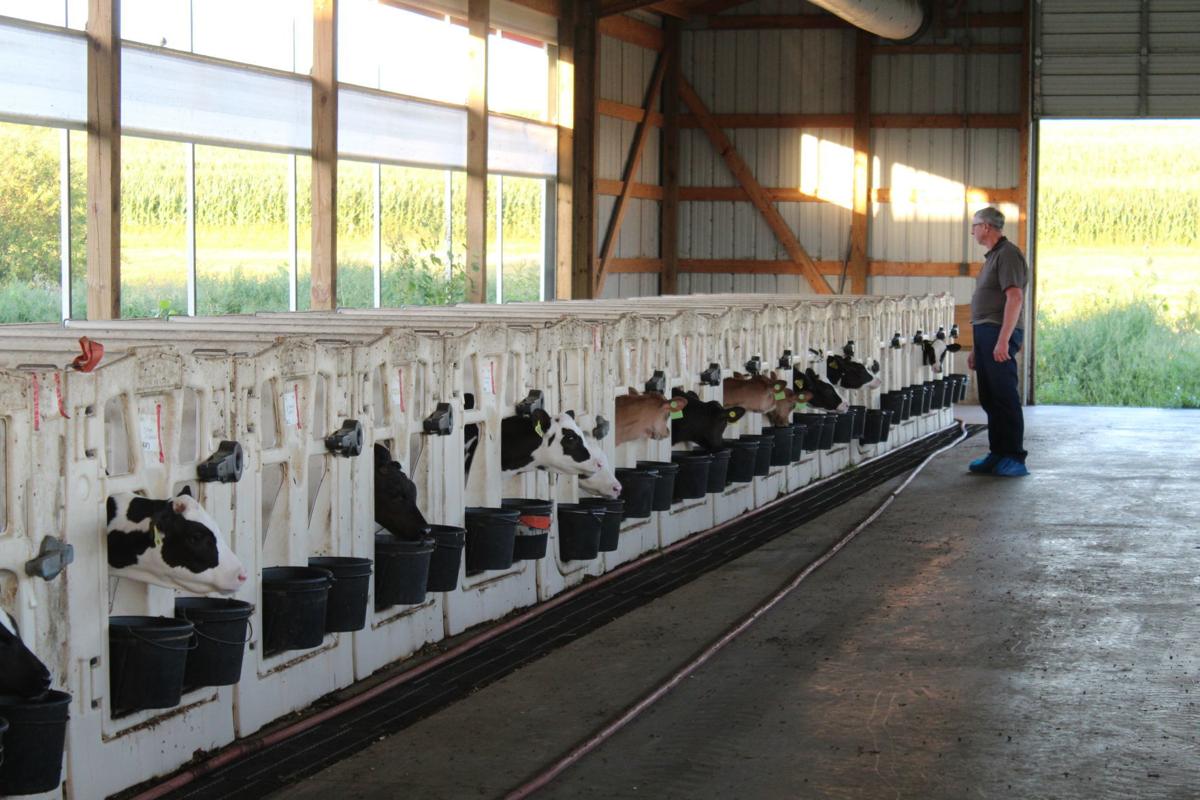 An attendee to the recent Twilight meeting in Lancaster visited one of the farm’s two calf barns, where nearly 160 calves are kept and cared for. 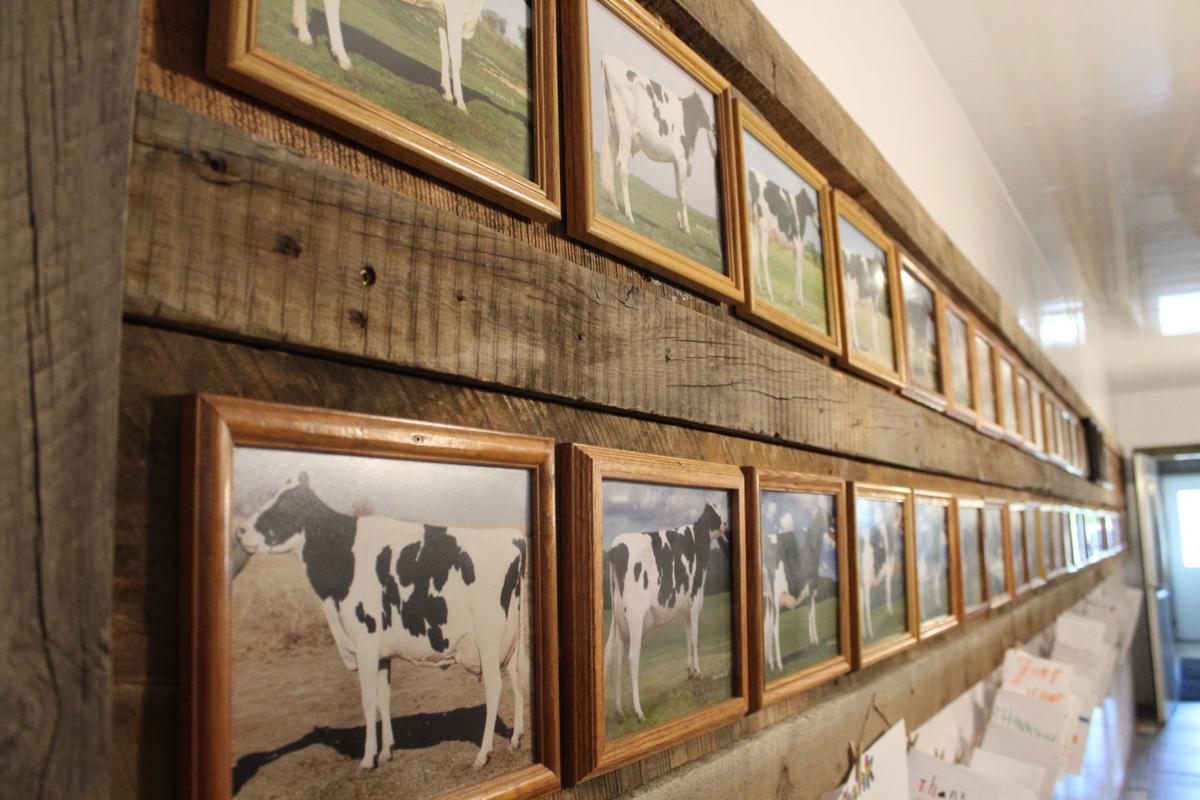 A long wall in Stone-Front Farms’ kitchen/meeting space was adorned with photos of cows with superior genetics, a part of the business the Buttles’ are especially proud of. 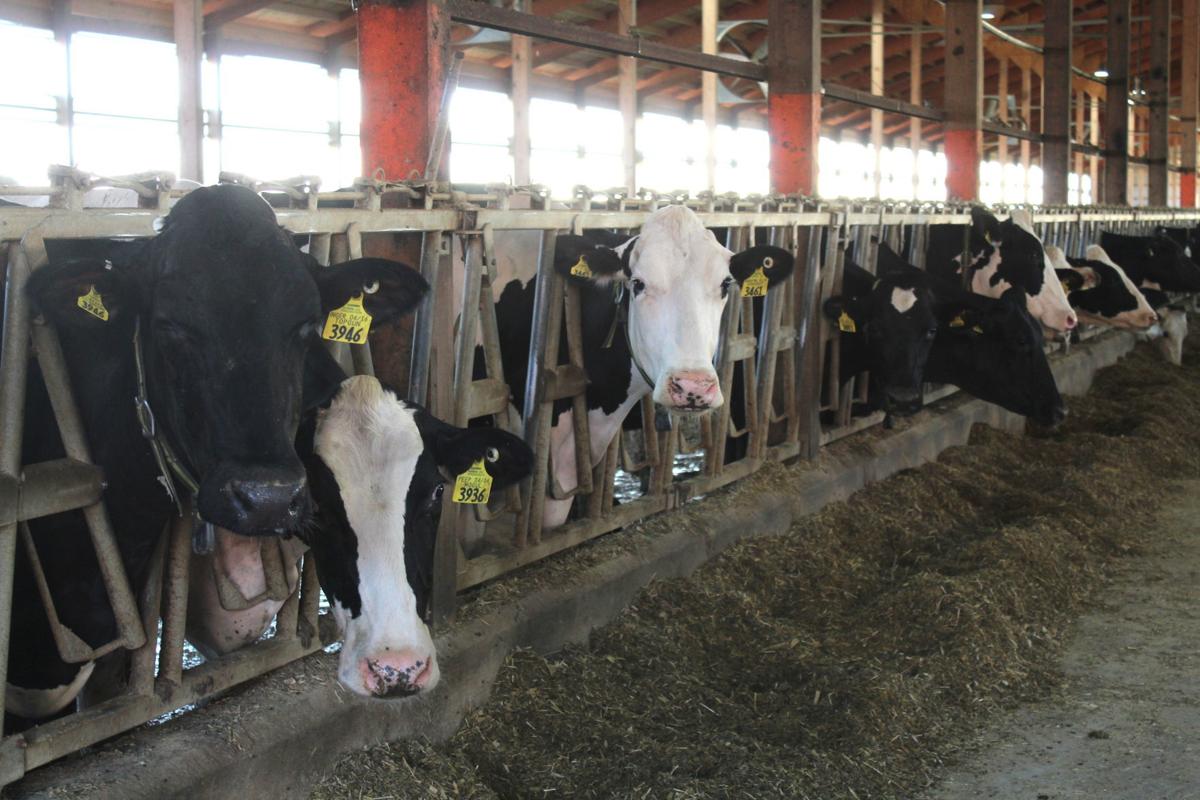 The Buttles milk 1,200 cows at Stone-Front Farms near Lancaster. 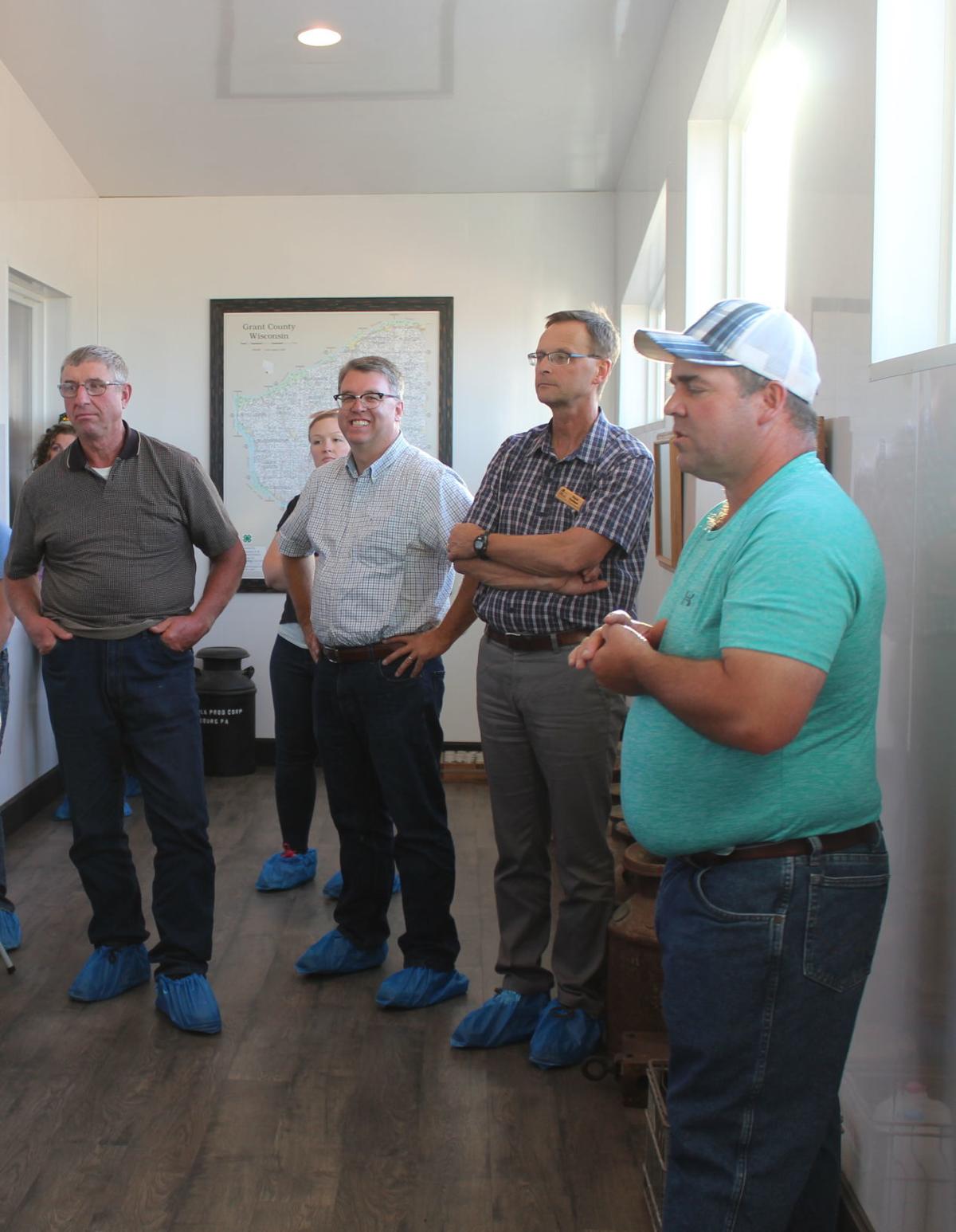 Andy Buttles, at far right, explained how the milking parlor worked during a tour of Stone-Front Farms on Aug. 29.

An attendee to the recent Twilight meeting in Lancaster visited one of the farm’s two calf barns, where nearly 160 calves are kept and cared for.

A long wall in Stone-Front Farms’ kitchen/meeting space was adorned with photos of cows with superior genetics, a part of the business the Buttles’ are especially proud of.

The Buttles milk 1,200 cows at Stone-Front Farms near Lancaster.

Andy Buttles, at far right, explained how the milking parlor worked during a tour of Stone-Front Farms on Aug. 29.

LANCASTER — Andy and Lyn Buttles’ families have been farming in Wisconsin since 1835, although not always in the same location. Their most recent farming move was in 1997, when they relocated to southwest Wisconsin from Racine County, where Andy grew up.

The urban environment was beginning to encroach on the countryside and the family had to make a choice — invest in the 60 or so cows they were milking near Waterford or find another place to carry on their farming tradition.

There is certainly more agriculture and a community centered around agriculture out here, explained Andy Buttles, who along with wife, Lyn, and their two daughters, welcomed about 50 guests to Stone-Front Farm in Grant County Aug. 29 for this year’s final ACE On-the-Farm Twilight Meeting, held in partnership by the Professional Dairy Producers of Wisconsin, Wisconsin Towns Association and Wisconsin Counties Association.

According to Shelly Mayer, executive director of PDPW, the evening meetings, held at four dairy farms across the state, were the perfect opportunity to not only see what happens behind the scenes on a dairy farm, but to also hear from the farmer themselves and have an open discussion about goals and solutions that are important to rural communities.

A tour of the dairy farm included stops at the calf barns, cow barn, milking parlor and feed bunks — with members of the Buttles family and several of their employees helping lead those tours.

The majority of the cows are Holsteins, although there are some Jerseys and Brown Swiss in the mix, and they are milked three times a day in a relatively new parlor, built just four years ago to suit the farm’s growing needs.

Milk goes to the Rolling Hills Cooperative, where, depending on the day, it is made into cheese or yogurt at plants in Belmont, Muscoda or Platteville.

The farm employs about 30 people, most of them living within a seven-mile radius of the farm. The Buttles provide lunch each day for their employees and recognize the important role employment on their farm plays into the local economy.

Andy Buttles also takes pride in the top quality genetics produced at his farm — something that has been fun for him to explore. Cow comfort is also a top priority, as is finding good people to work on the farm as the business grows.

Along with attendees from the surrounding community, the Twilight event also brought out several area legislators, including Senator Howard Marklein, Representative David Considine and secretary-designee of the Wisconsin Department of Agriculture, Trade and Consumer Protection Brad Pfaff, along with a handful of town and county officials from Grant and Iowa counties.

“We want to work hard to get county and town officials here,” said Jon Hochkammer, outreach manager for the Wisconsin Counties Association. “It’s a great opportunity to see what agriculture is.”

It’s not just about education anymore, he continued. It’s about building those relationships and building that trust, learning from each other that we can find solutions. Part of this discussion also included the need for more agriculture-involved legislators and officials as fewer and fewer that are elected to these positions have any connection to agriculture, especially Wisconsin’s dairy industry.

“Getting town officials in the same room as farmers is a great thing,” echoed Joe Ruth, an attorney for the Wisconsin Towns Association.

There are about 1,250 towns in Wisconsin, with many of those towns needing representation, especially in the areas of infrastructure and rural roads. Ruth shared that about 55% of the road mileage in Wisconsin is credited to rural roads; however, only about 5% of the Department of Transportation’s budget directly funds rural roads.

“Attend county and town meetings to make sure your local officials hear your concerns,” Ruth added.