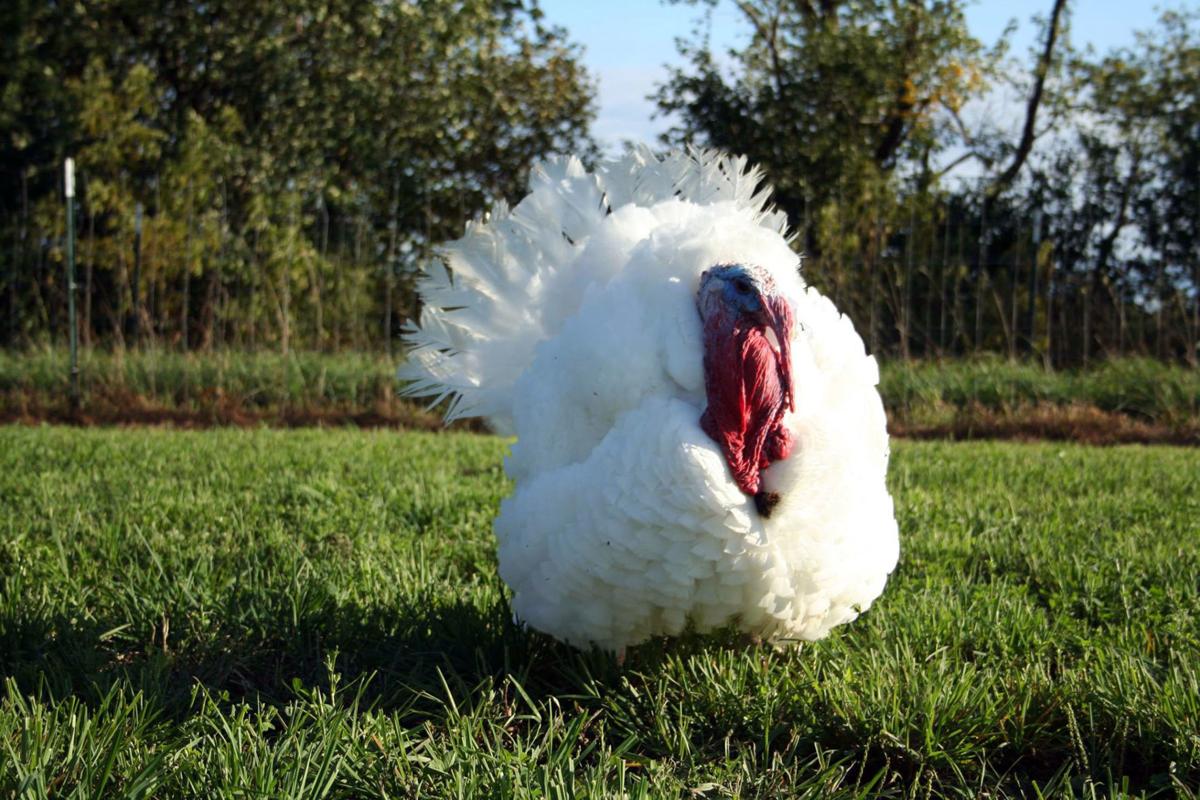 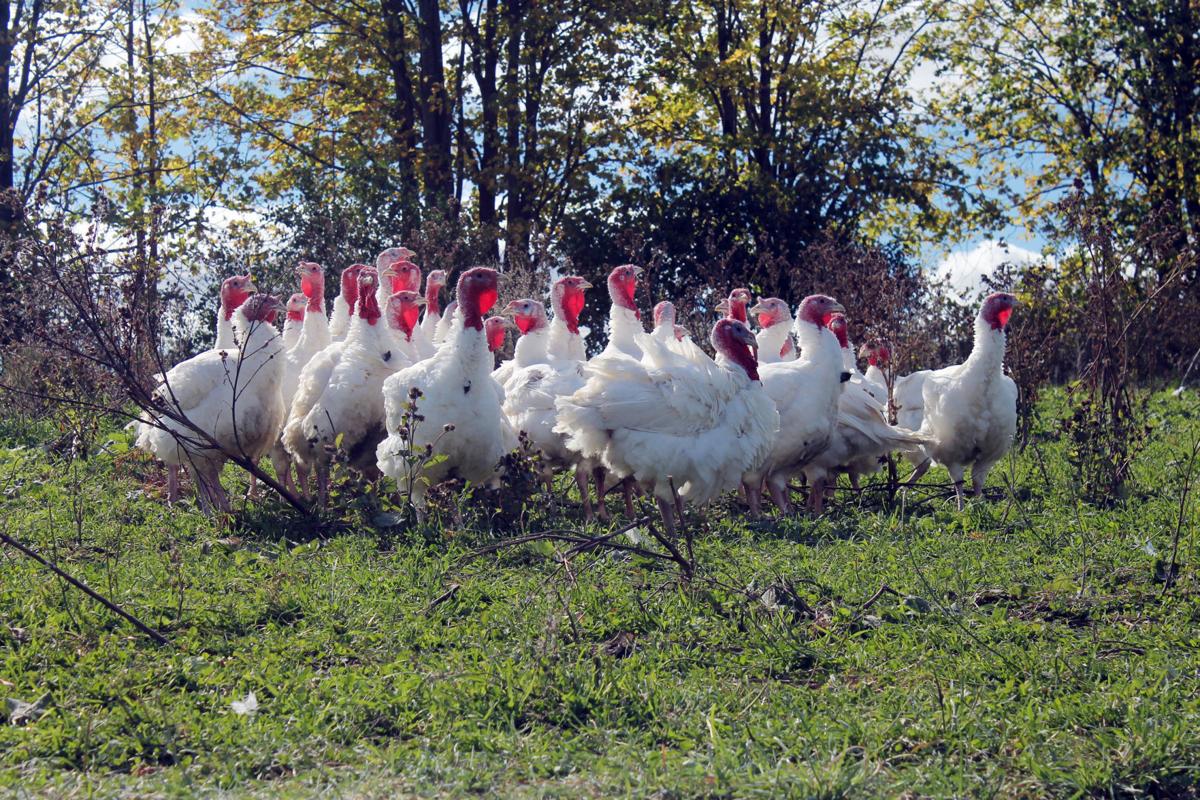 Top: Broad-Breasted Whites are one of two breeds raised on Dominion Valley Farm and are known for having a lot of breast meat. 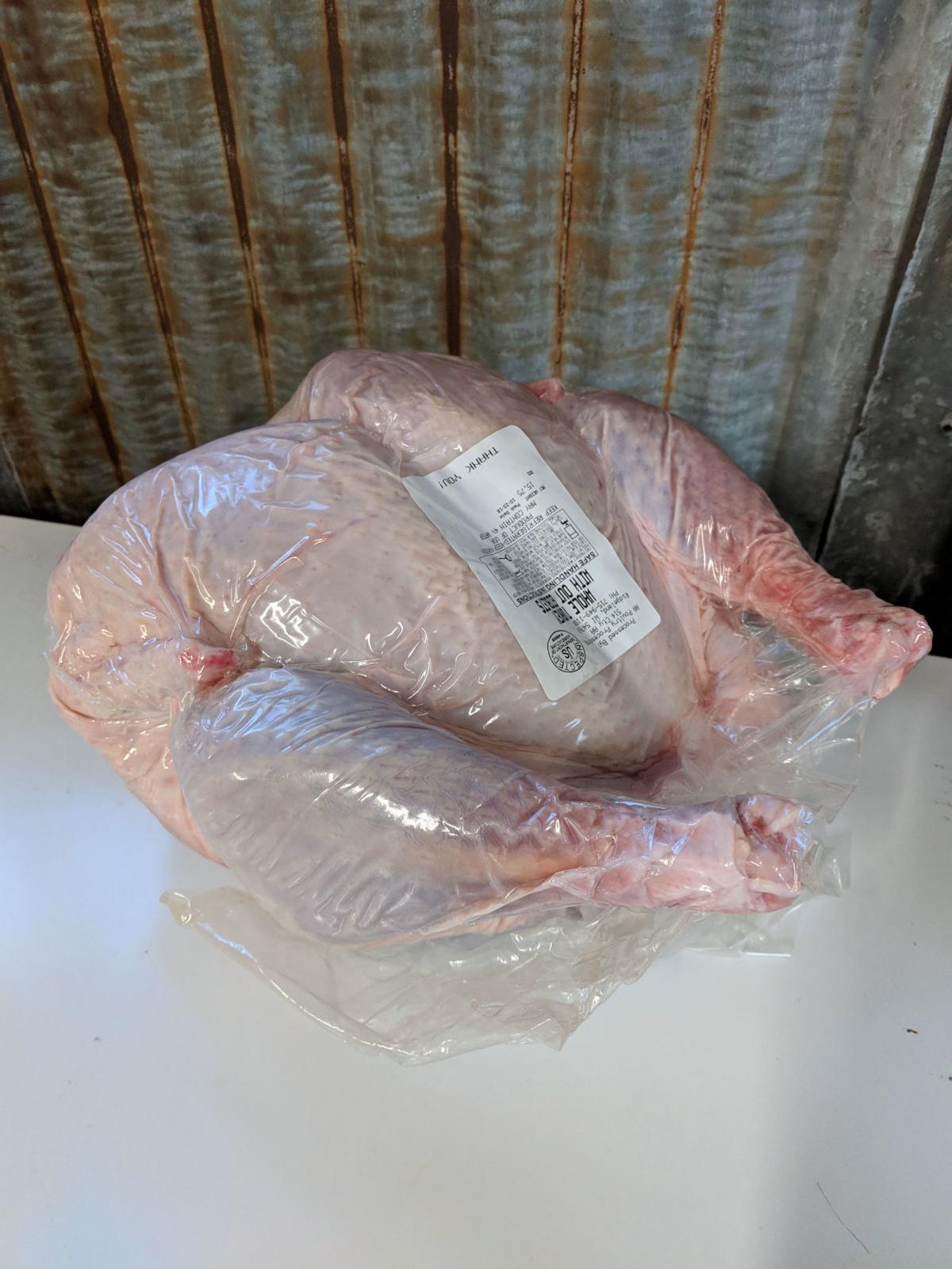 Turkeys at Havin Hills Rolling Acres are butchered in early- to mid-November so that they are fresh for Thanksgiving. 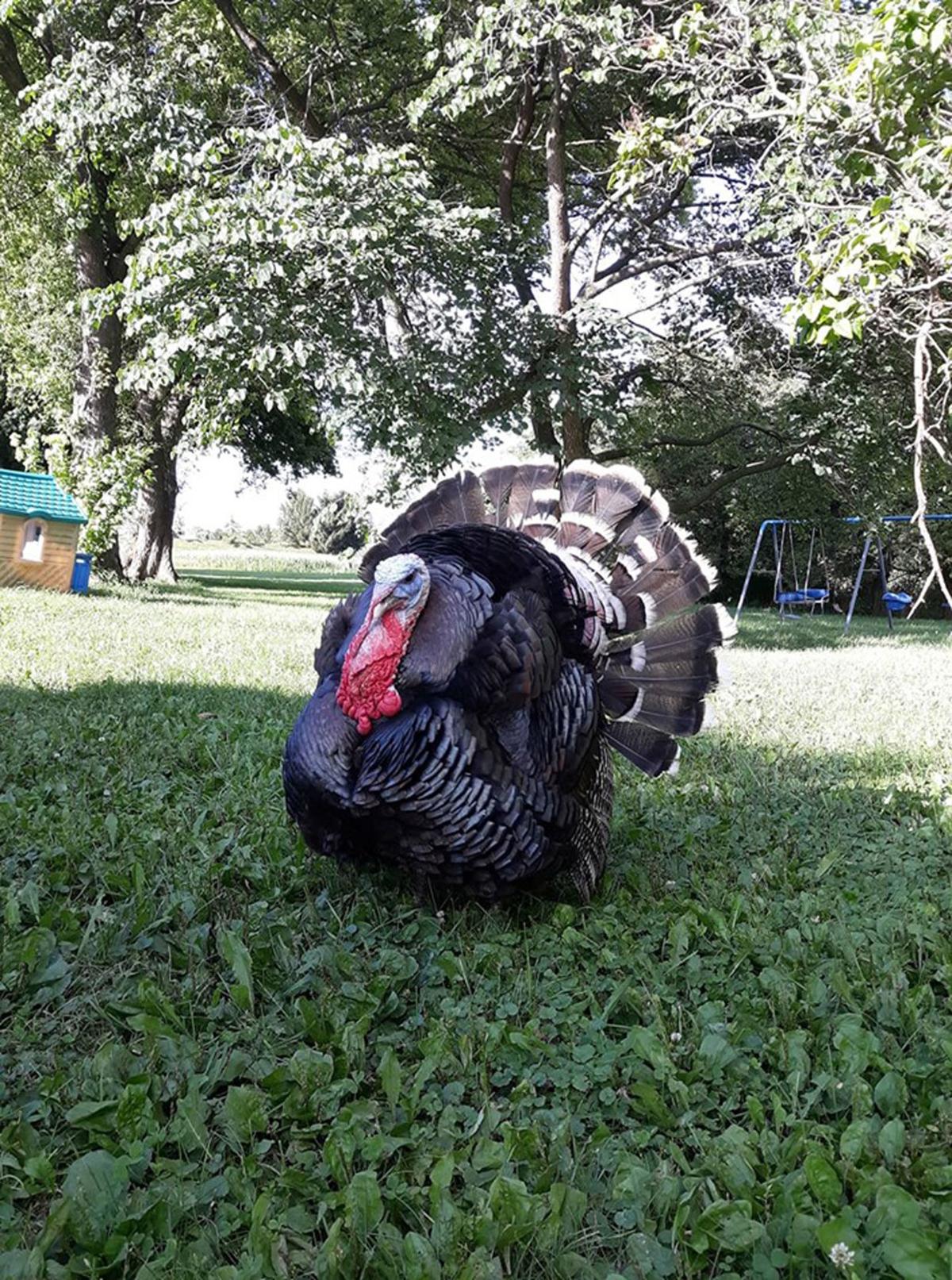 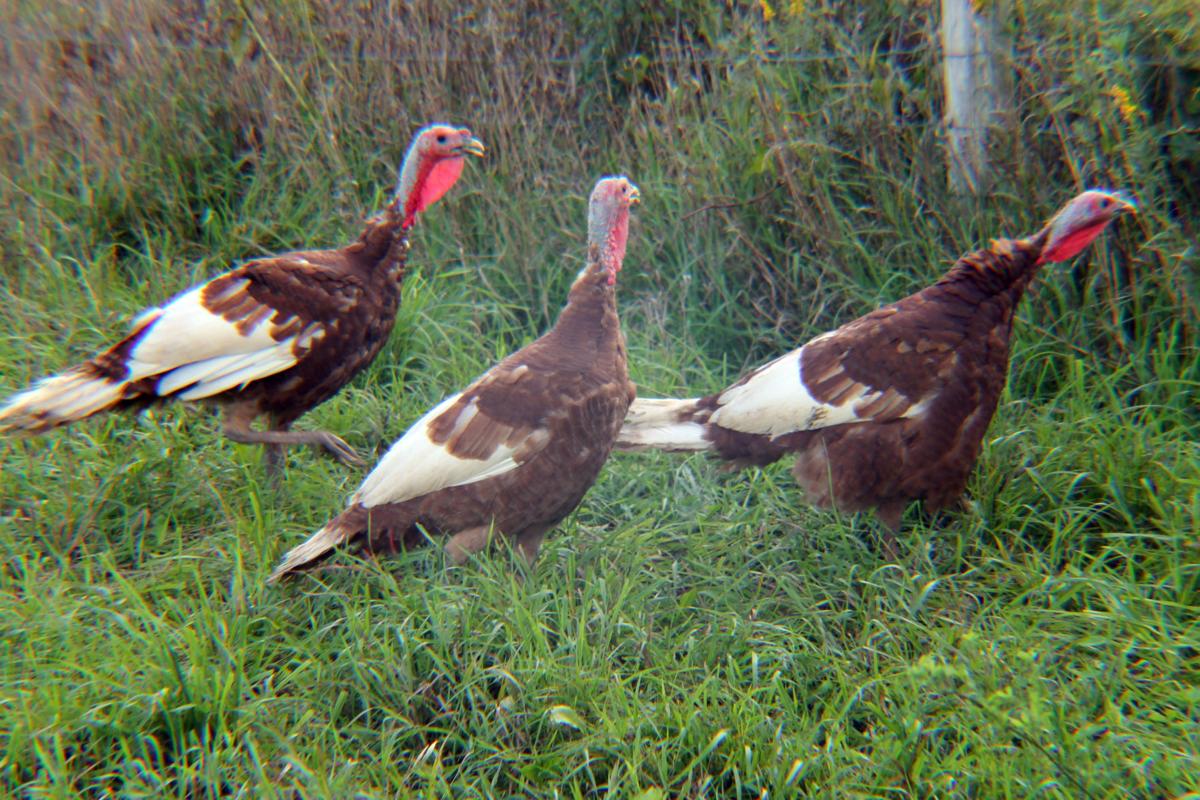 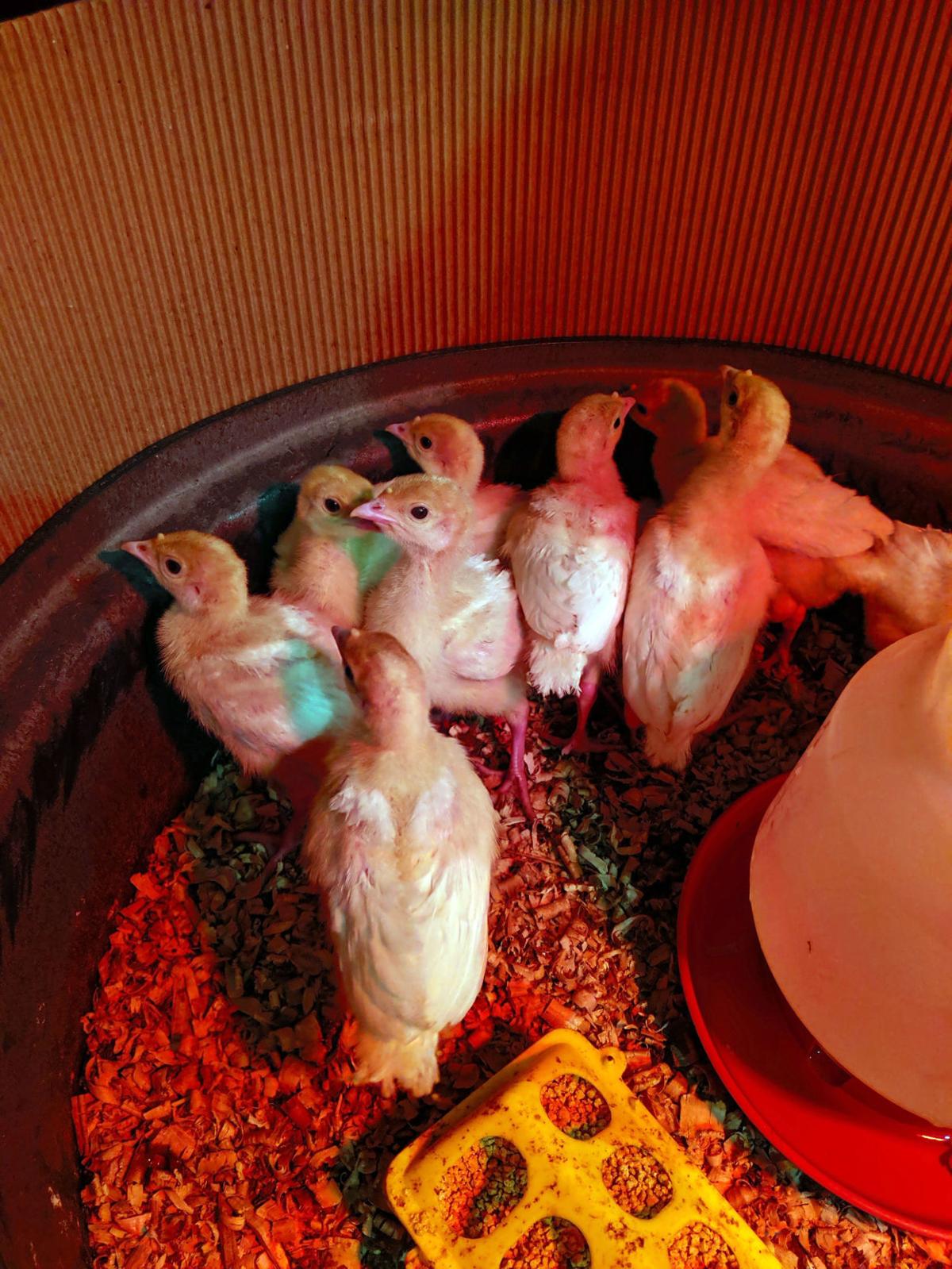 Turkeys at Havin Hills Rolling Acres are ordered from a hatchery in late May or early June, so that they have chicks by mid-June.

Top: Broad-Breasted Whites are one of two breeds raised on Dominion Valley Farm and are known for having a lot of breast meat.

Turkeys at Havin Hills Rolling Acres are butchered in early- to mid-November so that they are fresh for Thanksgiving.

Turkeys at Havin Hills Rolling Acres are ordered from a hatchery in late May or early June, so that they have chicks by mid-June.

With a well-known reputation as the centerpiece for many Thanksgiving meals across the country, finding the right turkey to fill that role can be a difficult choice.

According to the University of Illinois Extension, 46 million turkeys are consumed each Thanksgiving.

As many people look for options outside of the typical grocery store aisles for their Thanksgiving bird, locally farm-raised turkeys have been in high demand in Wisconsin as Nov. 28 quickly approaches.

Raising these turkeys is something of a “niche market,” said Deanna Scott of Old Glory Farm. Along with her husband, Kyle, and kids, they raised 150 turkeys on their Elkhorn farm for Thanksgiving sales this year.

Scott, whose turkeys are pasture-raised, said that their customers are looking for turkeys that are more humanely raised.

“They want to know where their bird comes from,” she said.

As the farm sells direct to consumer, buyers make the trek out to the farm to pick up their turkeys. Some even chronicle their journeys, Scott said.

Thanks to the turkeys being less confined and able to be more active, Scott’s daughter in 4-H has done “extremely well” showing turkeys, Scott said.

Tammera Dykema also pasture-raises raises two breeds of turkeys with her husband, Brandon, and kids on Dominion Valley Farm in Allenton. She said that raising the birds strictly on pasture results in a “superior quality bird with extraordinary flavor — very clean and fresh.”

Amber Dwyer, her husband, Logan, and their daughter of Havin Hills Rolling Acres have also more recently incorporated free-range turkeys on a small scale on their diversified crop and livestock farm west of Chetek.

A chicken tractor keeps their birds protected from predators at night, but they roam all day and are always on fresh green grass, Dwyer said.

At Old Glory Farm and Dominion Valley Farm, the demand for their Thanksgiving turkeys has exceeded the amount of turkeys raised, and that demand seems likely to increase in the future.

Dominion Valley Farm sold out of turkeys in early November, even though they raised more than in the past 20 years, Dykema said.

This year the Dykemas had at least 215 turkeys available for fresh turkey Thanksgiving sales, not including the 40 to 50 turkeys they had processed in early October for individual turkey breasts, thighs, legs, wings and ground turkey. Typically, they have had 170 to 180 available fresh turkeys each year.

“This was a wonderful turkey year for us,” Dykema said.

Some of Dominion Valley Farm’s most determined customers had the farm accepting orders for this year since Jan. 1, Dykema added.

Two weeks before Thanksgiving, Old Glory Farm had 16 turkeys not claimed, and they fully expected to sell out before the holiday, Scott said. Pre-orders had been coming in since June.

Demand has gone up every year, said Scott, who raised just six turkeys for personal use in their first year. Over the five years they’ve been in business, that number grew exponentially to the 150 they’re at now.

Dykema said that they, too, are unable to keep up with demand because even though some people prefer to shop turkey sales at grocery stores, “there are plenty more that are looking for a fresh, locally farm-raised turkey.”

The Dwyers raise a smaller number of turkeys, 10 to 15, each year. While they would like to stay somewhat small, Dwyer said, she’d be open to doing more if the interest is there.

She’s considering a deposit system where customers would pay for a chick in April and pay the rest in fall when the bird is butchered and picked up, which would allow her to grow a little without potentially having birds left over after Thanksgiving, when they’d be harder to sell.

“I really have loved raising the turkeys the last two years and look forward to doing them again and again,” Dwyer said.

Of the 365 farms in Wisconsin that sold turkeys in 2017, according to the 2017 National Agricultural Statistics Service Wisconsin Census of Agriculture, 323 farms sold 1,999 turkeys or fewer.

Scott said going into the turkey business was a result of her husband’s interest in farming and a lot of research. The lower startup costs associated with raising turkeys were appealing to the new farmers, she said.

Dykema and her husband were first-generation farmers raising chickens, an endeavor they began in 1998, before they decided to also venture into raising turkeys. Upon seeing how quickly they sold their pasture-raised chickens, they quickly diversified and included turkeys.

While repeat customers certainly contribute their share of sales each year at turkey farms, new customers, drawn by word of mouth, websites, social media and other marketing, show up as well.

Those lucky and quick enough to reserve their farm-raised turkeys can now count down the days until they’re able to pick up their bird, generally within the week before Thanksgiving, and continue their countdown to the day where it will likely be prominently displayed on their tables — just one of many things for them to be thankful for.

For more information on the farms, visit dominionvalleyfarm.com, oldgloryfarmwisconsin.com and prairielakemeats.com. See web.extension.illinois.edu/turkey for more facts; safety and preparation tips; and other information on the holiday bird.