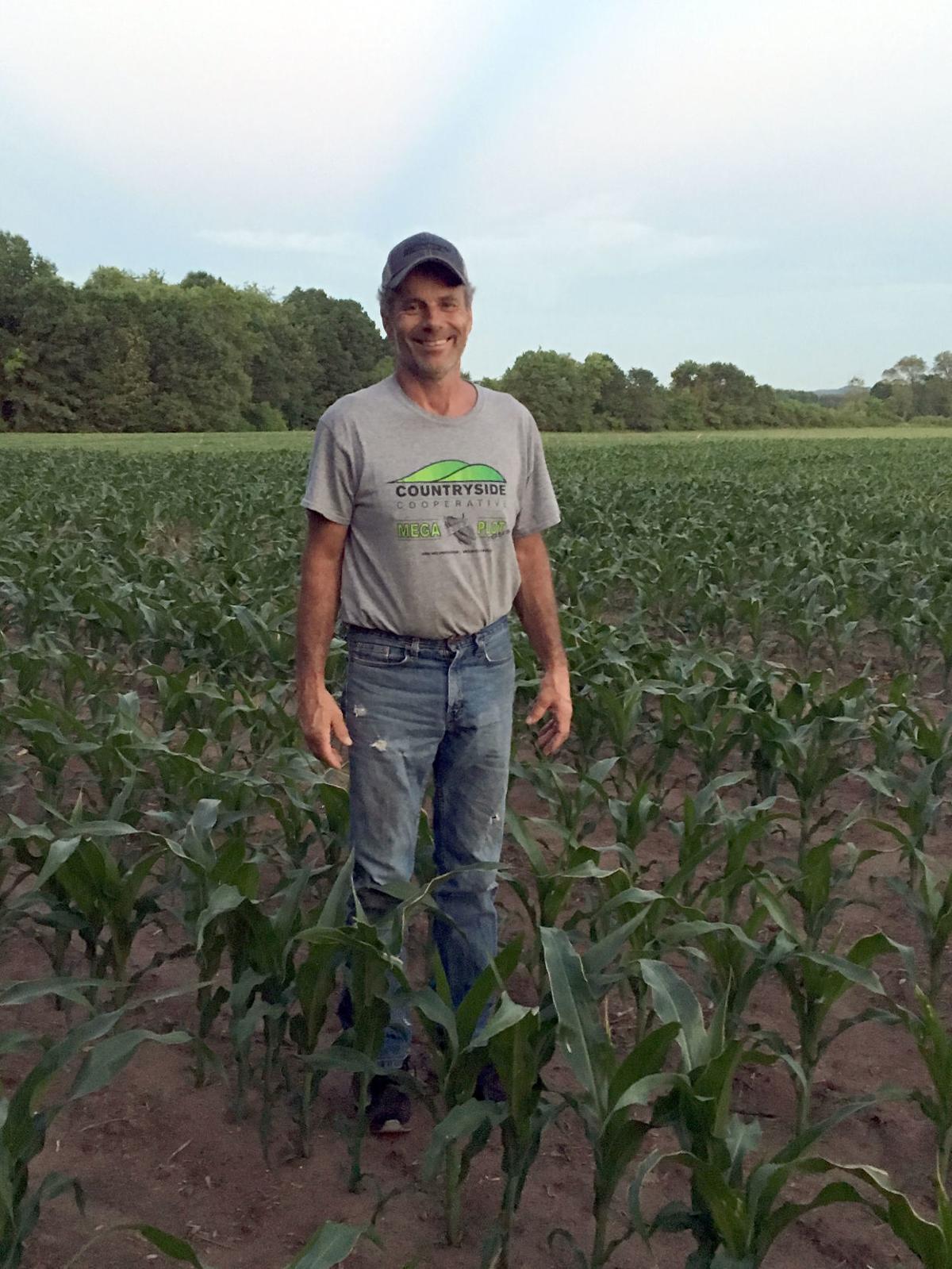 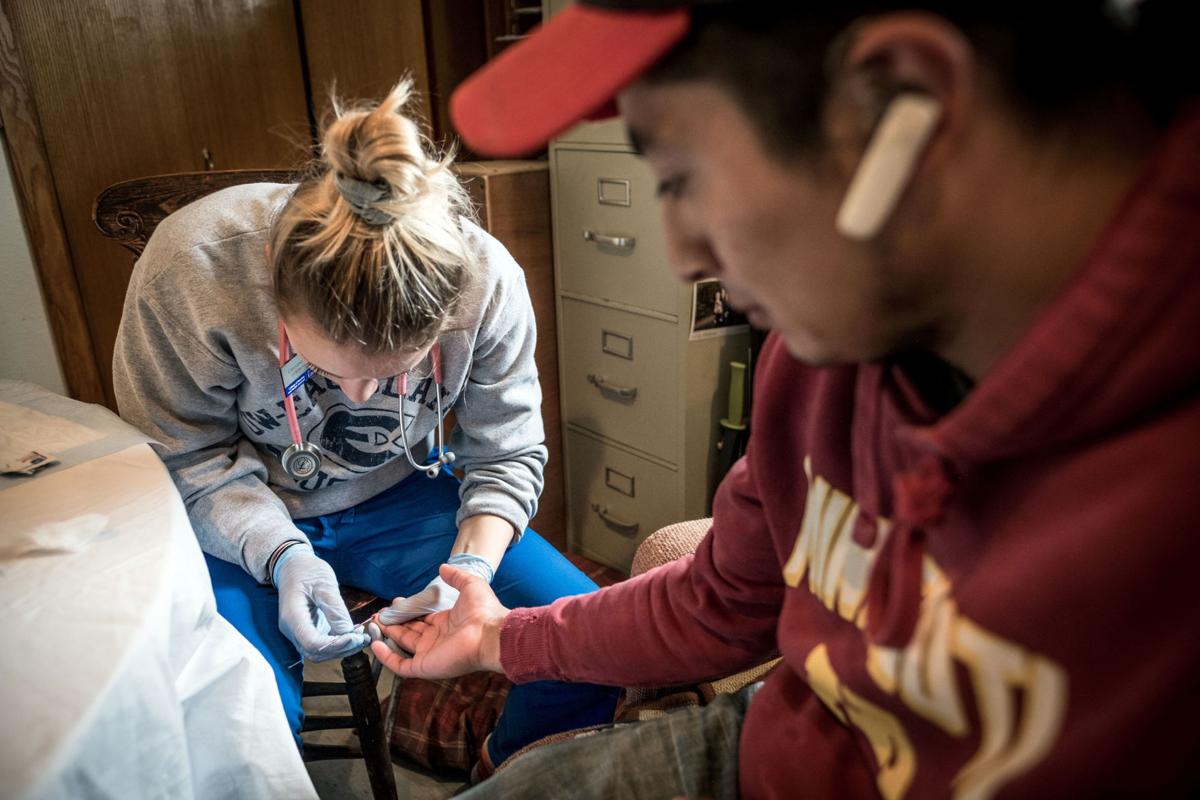 A nursing student at UW-Eau Claire took a blood sample from a farm worker during a health screening. 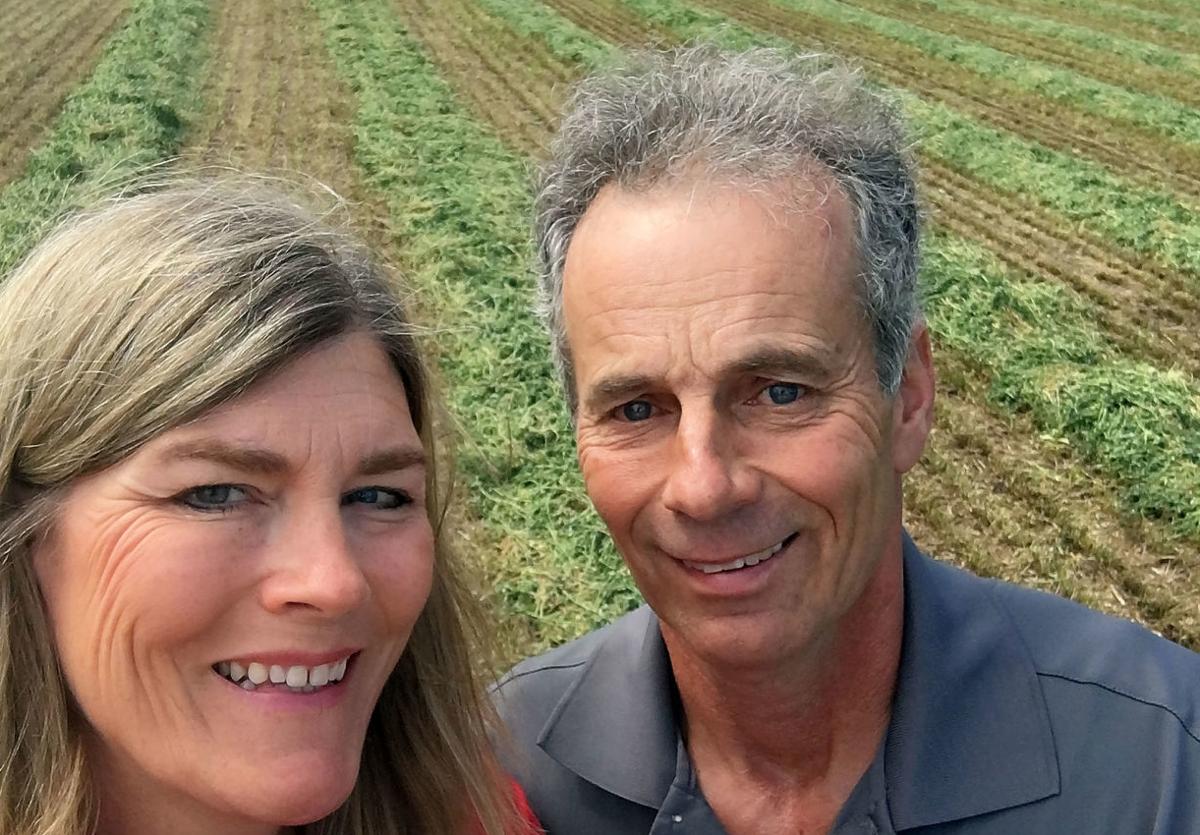 Carma and Randy Koller celebrated World Dairy Day June 1 with a glass of milk on their farm near Durand.

A nursing student at UW-Eau Claire took a blood sample from a farm worker during a health screening.

Carma and Randy Koller celebrated World Dairy Day June 1 with a glass of milk on their farm near Durand.

Farmers are getting older while participating in one of the most dangerous occupations in the country.

More than 2 million full-time workers were employed in production agriculture in the U.S. in 2018. In 2017, 416 farmers and farm workers died from a work-related injury, resulting in a fatality rate of 20.4 deaths per 100,000 workers, according to the Centers for Disease Control and Prevention’s The National Institute for Occupational Safety and Health.

The average age of all U.S. farm producers in 2017 was 57.5 years, according to the U.S. Department of Agriculture National Agricultural Statistics Service Census of Agriculture. That was more than a year older than the average from the previous survey in 2012.

As many farmers continue to live and work on the farm well beyond typical retirement age, Jeff Bender, director for the Upper Midwest Agriculture Safety and Health Center, said a goal of UMASH is to have those involved in agriculture — which as a profession has more older workers than any other profession or industry — to be aware of the impact of aging and ways to prevent injuries.

Randy Koller, a dairy farmer in Pepin County, said he has seen the way aging has affected him and his farm.

Koller, 56, said after graduating from high school, his father, who was approaching 65 at the time, told him to be smart with how he was doing things on the farm and to take care of his body.

“Sometimes you need to do more with less,” Koller said said June 15 during a UMASH online community forum about aging on the farm. “You need to do more to be more productive and remain profitable in today’s world. But, as you get older, you can’t do things the hard way to get there.

“You have to be smarter. You have to use technology. You have to ask for help when you need help, so you’re not out there getting injured lifting things, moving things around. There are challenges, but use your experience to do things easier.”

Koller said he is fortunate to live just 20 minutes from Eau Claire, where he has access to several health-care facilities. His proximity to the city also means he has access to high-speed internet, but both those factors can limit access to quality care for those in more rural locations, he said.

“A lot of times farmers take a tough-person approach and say, ‘Well, I can tough my way through this’,” Koller said. “That is not necessarily the answer. Sometimes you need some health care and some screening to make sure things are OK.”

Koller, whose wife, Carma, is a physical therapist, said he has kept himself in shape for farming through running and weight training.

“Just what I naturally do on the farm is not necessarily a good workout in everyday,” Koller said. “Yeah, if I get into a day where I’m throwing hay bales all day, it’s a great workout. Otherwise, you’re just doing repetitive things, walking at a calculated, slow pace. Sometimes some more strenuous physical activity and weight training is a good thing.”

Nicholas Beltz, assistant professor in the Department of Kinesiology at UW-Eau Claire and director of a community-fitness program, said physical activity outside of farming is key to slowing the loss of muscle mass associated with aging and retaining the fitness required to continue farming at an older age.

Adults over the age of 65 are the least physically active age group, Beltz said, with about a third of individuals in that age group not getting any exercise outside of their jobs.

“We’re getting older as a population,” Beltz said. “Things need to be adapted as we get older. There are a lot of things that change physiologically as we age.”

While cardiovascular activities like walking and biking are important to overall health, Beltz recommended resistance training to help maintain muscle integrity and overall quality of life during the aging process.

“As we move less, we get loss in muscle mass,” Beltz said. “If you’re not doing things, they’re going to be perceived as taking much more effort when you need to do them.”

Joseph E. Gaugler, director at the School of Public Health’s Center on Aging at the University of Minnesota, said roughly 20% of all older Americans, those 65 and older, live in rural areas. In Wisconsin and Minnesota, roughly a third of the aging population lives in rural areas.

“This has been compounded by the fact that many rural hospitals have been closing,” he said. “What has that done overall to accessibility in the care offered and available to older persons and their families in rural areas?

“One solution that is thrown out is telehealth and virtual visits. This is simply not possible if we don’t have a dedicated broadband infrastructure in rural communities.”

Lisa Schiller, an associate professor and nursing graduate programs director at UW-Eau Claire, is a nurse practitioner and has been practicing in rural Wisconsin for 23 years. For almost a decade, Schiller has been taking senior nursing students at UW-Eau Claire to about 18 large dairies in Pepin and Buffalo counties to do health screenings and health and safety education for the farm owners and employees.

“We know that farmers don’t retire, they just work a little bit less and supervise a little more,” she said.

“When you think about this and the average age of workers in other industries, they’re not working at 65 to 84,” Schiller said. “But farmers still are.”

Schiller said many factors can play a role in the increasing risk of injury as farmers age, citing increasing prescription drug use, depression, hearing loss, osteoarthritis or respiratory problems.

“Farmers’ self-perceived risk does not equal their actual risk,” Schiller said. “I’m sure everybody’s heard the near-miss story. It always ended, ‘well, farming’s risky.’ There’s just an acceptance of risk. We need to be aware of that.”

For more information, visit the the Upper Midwest Agriculture Safety and Health Center’s website at http://umash.umn.edu.