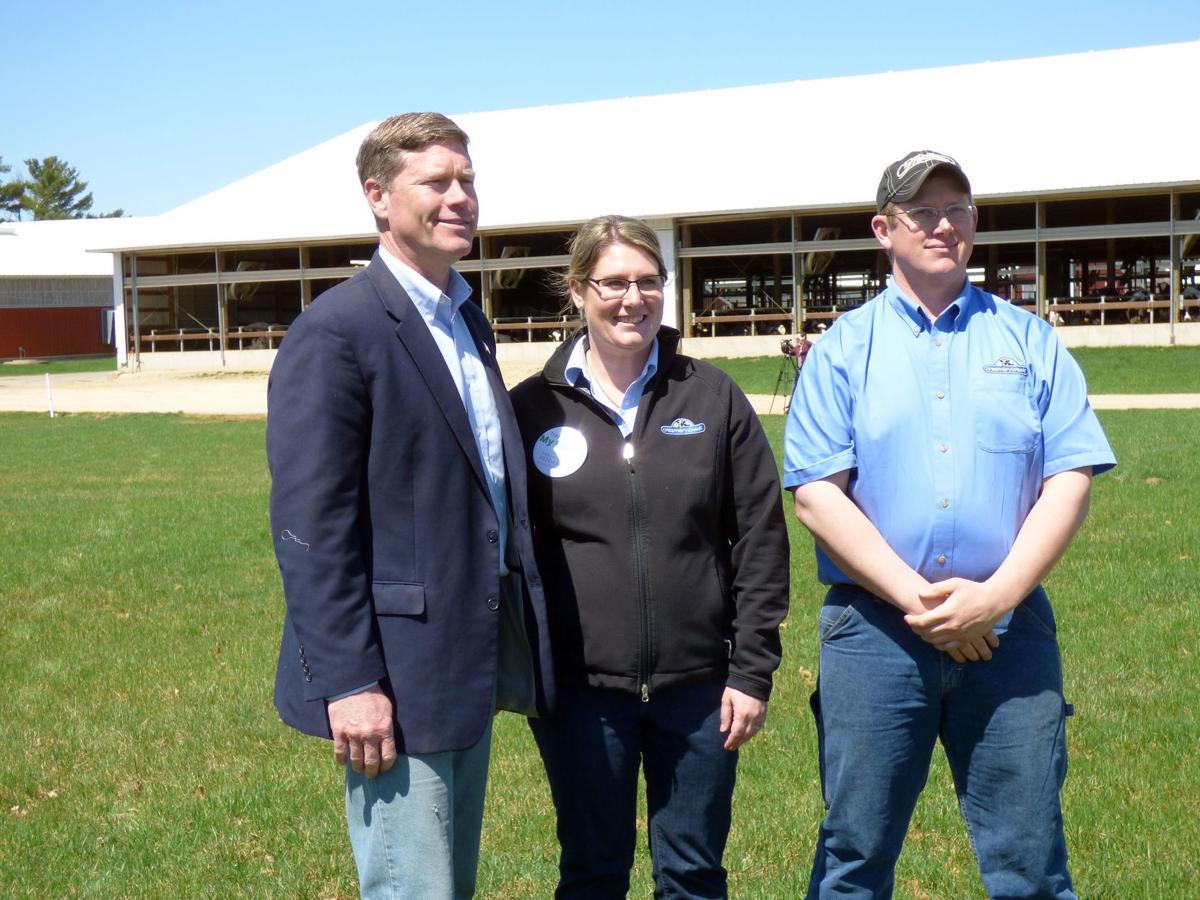 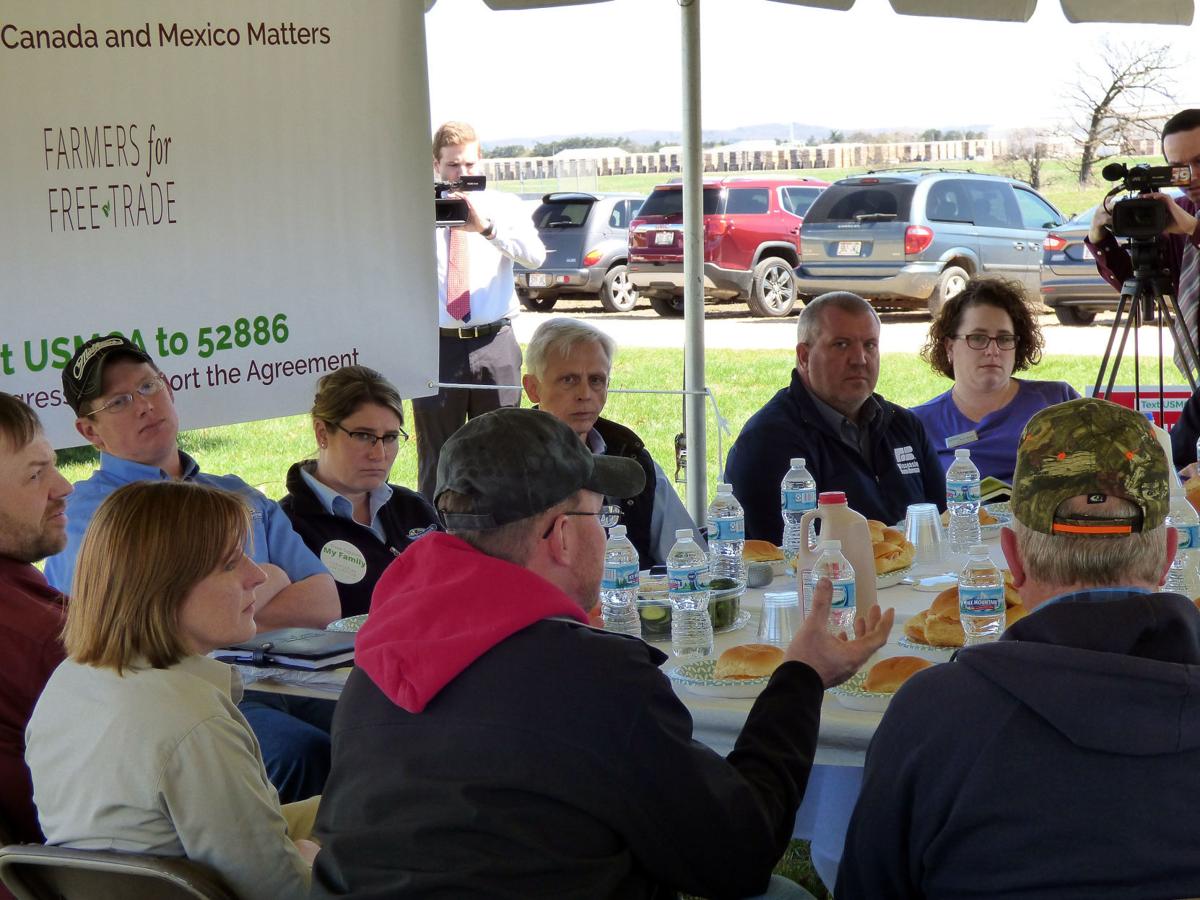 BANGOR — Trade uncertainty and tariffs are taking a toll on nearly all aspects of the agriculture industry, so during the two-week congressional recess in April, the advocacy group Farmers for Free Trade embarked on a 14-day, 3,500-mile tour through farm districts discussing the importance of trade with Canada and Mexico with area legislators.

“It was important to get Wisconsin on the whistle-stop tour, and it’s important to talk about trade,” Louisa Peterson said. “It’s just such an important issue, and something has to get done soon.”

Kind called for trade wars that have led to unilateral tariffs and retaliations to be ended before Congress can move on to approving the U.S.-Mexico-Canada Agreement on trade.

“Almost every week, I’m working with the president’s trade team trying to find a safe landing zone to end these tariffs and the retaliation that is devastating our farmers,” Kind said. “It is important for us to be out negotiating trade agreements that elevate standards up to our level and level the playing field so that our farmers and our manufacturers and our workers can compete in the global market and open up more export markets, which could go a long way toward improving the prices our farmers are getting.”

“People from around the world want products from our farms, and we want to make sure we give them that opportunity,” Pfaff said.

“Production agriculture is a big part of our economy and who we are,” Kind said. “It still employs more people than any other industry in the state. It’s crucial for the livelihood of our rural economies and rural communities.”

A.V. Roth, a pork producer in Crawford County, said the pork industry is facing 62 percent tariffs on their products going into China, where African Swine Fever is threatening to wipe out up to 20 percent of their herd.

“All we want to do is be able to sell our product around the world,” Roth said. “We just want an opportunity to get into those markets.”

Mulhern, who is taking part in the Farmers for Free Trade tour, said the USMCA is important because it maintains access to Mexico, the No. 1 market for U.S. dairy exports.

“We need access to international markets and we need better trade agreements to access those markets,” Mulhern said. “The first one in the queue is the USMCA, which includes some important improvements for the dairy industry.”

Wisconsin lost 691 dairy farms in 2018, as dairy farmers struggle with low milk prices and an oversupply of milk in the market, and Farmers For Free Trade believes ending tariffs and approving the new trade deals that expand export opportunities can help increase farm revenue.

“As production of commodities has increased, we find ourselves in a more difficult position to sell our product at a fair price around the world,” Holte said. “A trade agreement would have an impact on the price we receive. When we have these agreements made but not yet finished by Congress, it provides a lot of uncertainty. We’d like to move past that.”

“Good policy can help, but nothing is going to help more than a good market price,” Kind said. “That, in part, is what good trade agreements are about: Being able to clear excess supply that’s being produced here at home, selling it into high-demand areas like Mexico, Canada and throughout the world, so our farmers get a better price at the end of the day.

“That needs to be our North Star, our guiding light. How do we get a better price for our family farmers so they can survive and pass the operation on to the next generation and keep our communities healthy and prosperous at the same time.”

Trade got plenty of attention from Wisconsin lawmakers during their April recess.

In addition to the Farmers for Free Trade stop in Bangor, U.S. Rep. Bryan Steil, R-Janesville, hosted an agriculture and trade field hearing with agriculture industry experts and federal administration officials April 25, giving community members the opportunity to hear from federal officials and industry insiders, and to share their thoughts and feedback on the U.S.-Mexico-Canada Agreement, Steil said in a news release.

“Good and fair trade deals are vital to Wisconsin,” Steil said. “We must ensure USMCA works for our state and expands trade opportunities for Wisconsin-grown products.”