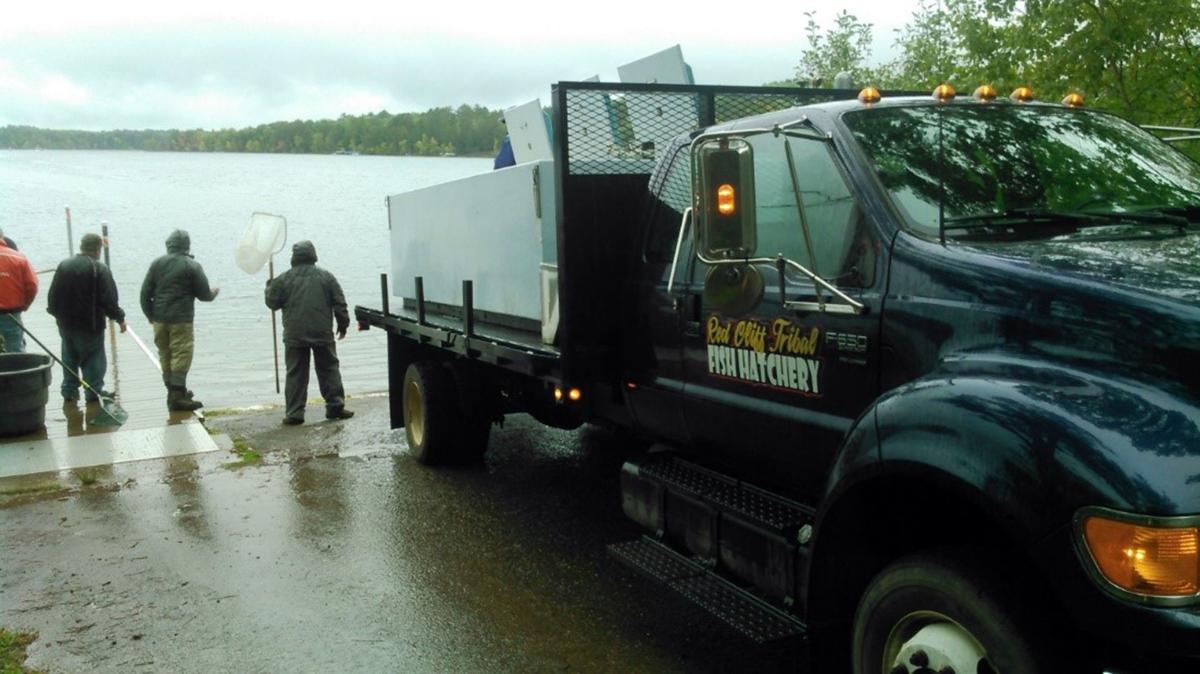 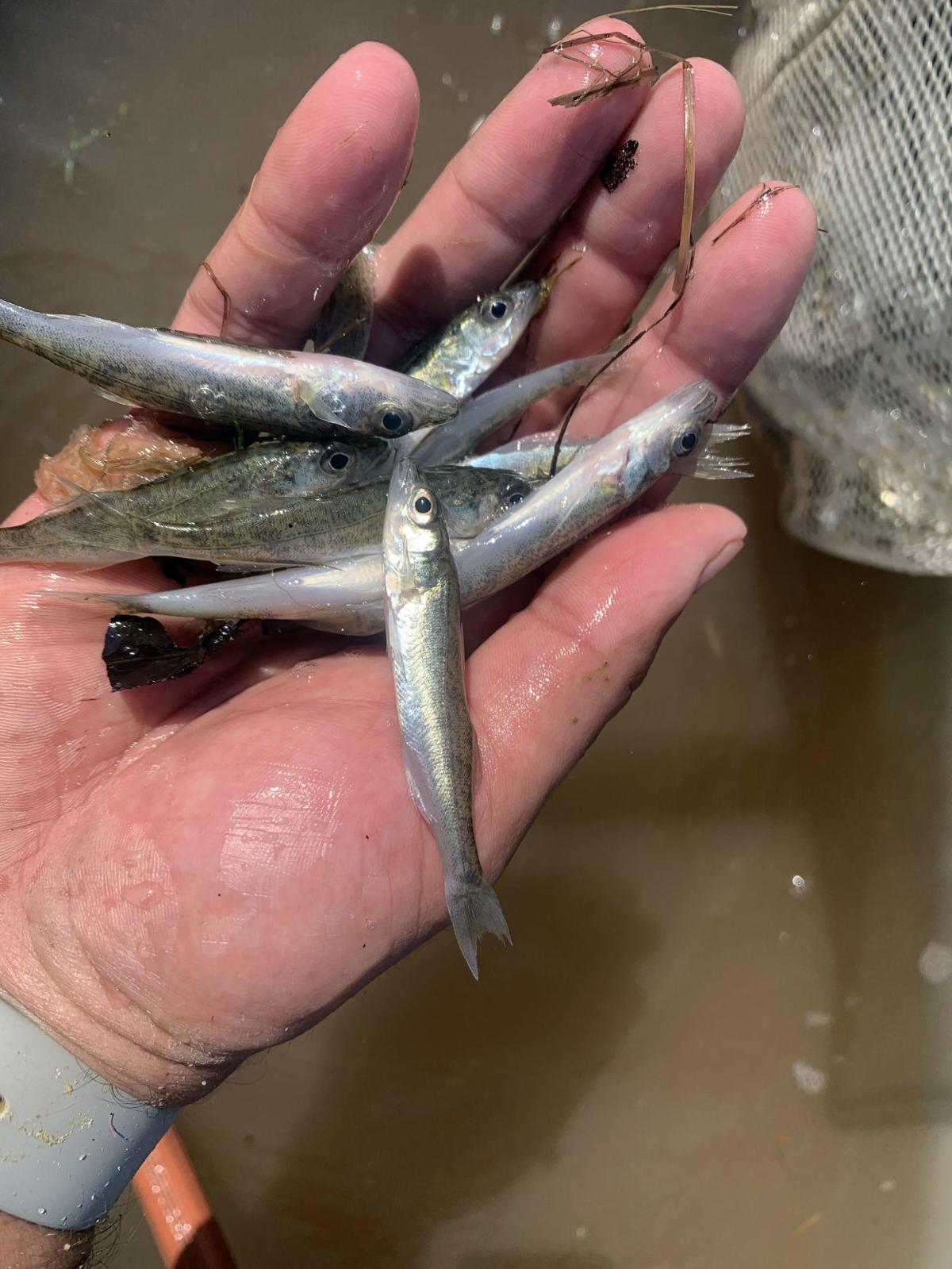 Red Cliff Tribal Fish Hatchery took a sample of walleye to monitor their growth in its three 1-acre grow-out ponds through the growing season. 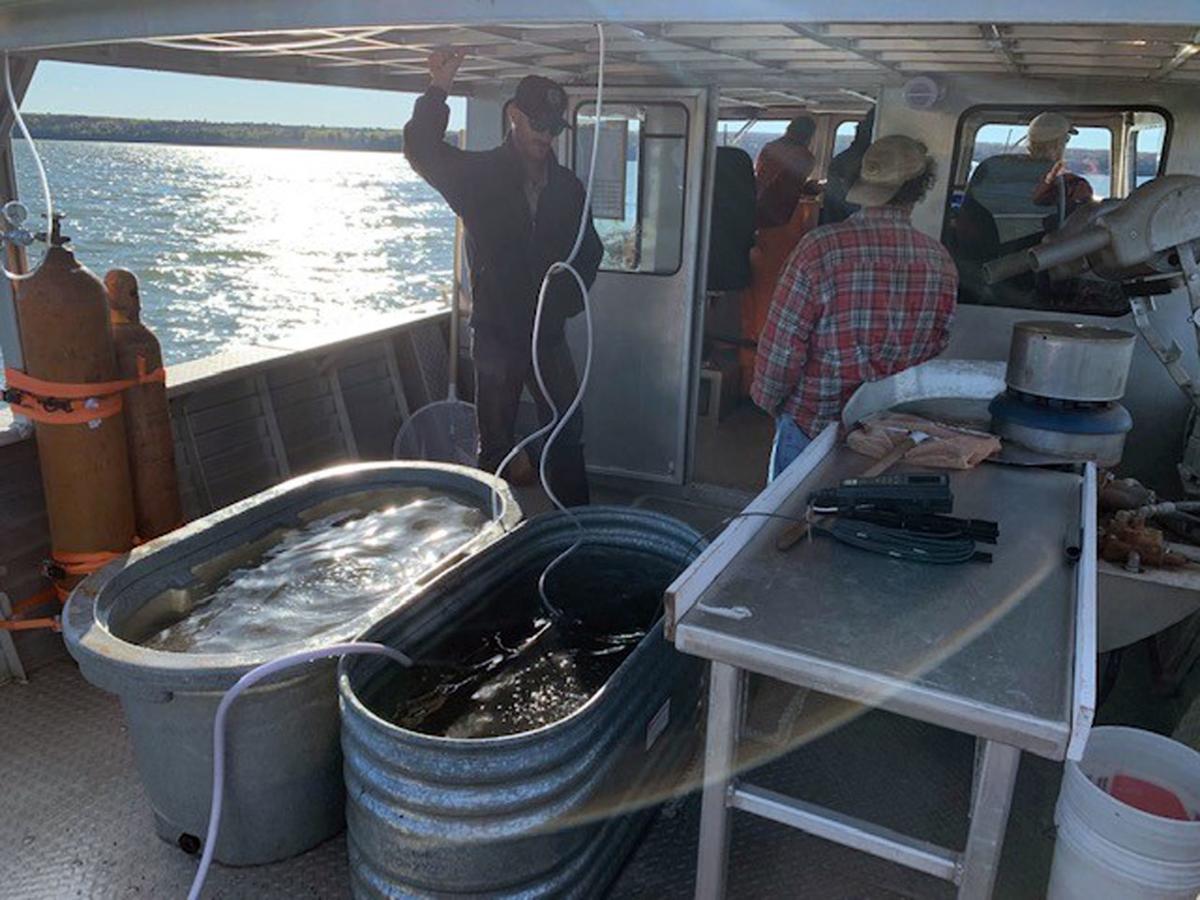 Red Cliff Tribal Fish Hatchery took a sample of walleye to monitor their growth in its three 1-acre grow-out ponds through the growing season.

Every early spring as ice recedes from Northwoods lakes, Ojibwe travel to walleye-rich waters within the ceded territories to spear the fish so important to their culture and heritage.

The Red Cliff Band of Lake Superior Chippewa takes this treaty-established right seriously, and tribal members hold just as dear the responsibility of maintaining walleye and Lake Superior coaster brook trout populations for all to enjoy.

The Red Cliff Tribal Fish Hatchery, which has raised and stocked more than 1.2 million brook trout into Lake Superior waters surrounding the reservation since 1994, stands at the forefront of efforts to ensure fish populations are healthy.

Hatchery manager Chase Meierotto, a tribal member who grew up in Washburn, said the Red Cliff Band is doing its part as “stewards of the land” by providing eggs, fry and fish for on- and off-reservation stocking of native fish and maintaining a brood stock of brook trout.

Once abundant, Lake Superior’s native coaster brook trout population had suffered near decimation from unregulated fishing and logging on habitat streams until conservationists prioritized their comeback.

There’s no commercial market for the freshwater fish species, Meierotto said. But the member of the salmon family holds a place near to the hearts of tribal fisherman, who angle for the large, sought-after and colorful sport fish for recreation and to support food sovereignty efforts.

Besides stocking brook trout of several classes of maturity in the lake’s waters, the hatchery has been studying the coasters’ population in the wild, Meierotto said. The studies show the fish weren’t being snapped up by predators, but moving, especially into their former habitats in reservation streams.

On inland lakes in the ceded territory, the Red Cliff hatchery also helps stock walleye ranging from 4 to 6 inches and harvests eggs from fish caught by anglers.

The spring spear-fishing season is highly regulated, Jennings said, with the walleye being measured and their sex determined at the dock. Plus once the quota is met, the season shuts down.

Jennings pointed out that while Wisconsin’s Ojibwe tribes are adamant about running hatcheries and replenishing fish populations, the fish don’t discriminate between tribal and nontribal anglers when it comes to taking the bait.

“The reason we do this is for everyone,” Jennings said.

Meierotto echoed the sentiment, adding that the hatchery, located on the reservation, works to ensure native fish will be swimming around for generations to come.

To succeed at this endeavor, the hatchery runs a large flow-through-system operation that rears cool and cold-water fish with water drawn from deep aquifers. It has three 1-acre grow-out ponds that were overhauled just two seasons ago and several other tanks to grow coaster brook trout and walleyes.

And just to make sure the aforementioned future generations value the work done at the hatchery, it gives educational tours to first-grade to 12th-grade students plus just about anybody else who wants to take a look around.

Looking to the future, Meierotto said Red Cliff hatchery plus other hatcheries in the area both tribal and nontribal are collaborating on strategies and resources to save the Chequamegon Bay’s vital fishing industry. Red Cliff also may start to branch out to cultivating other species such as sturgeon and whitefish.

“There’s always a possibility of expanding to something new,” Meierotto said.