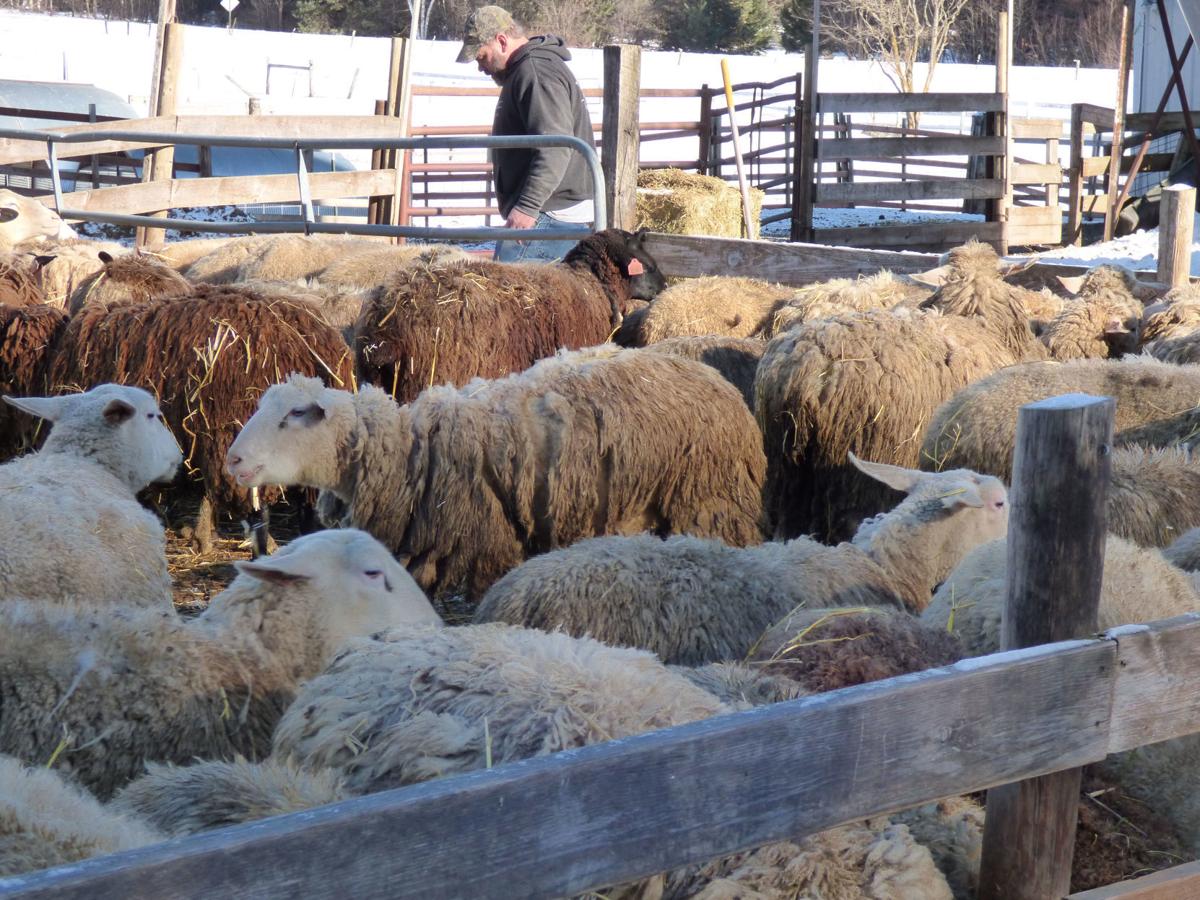 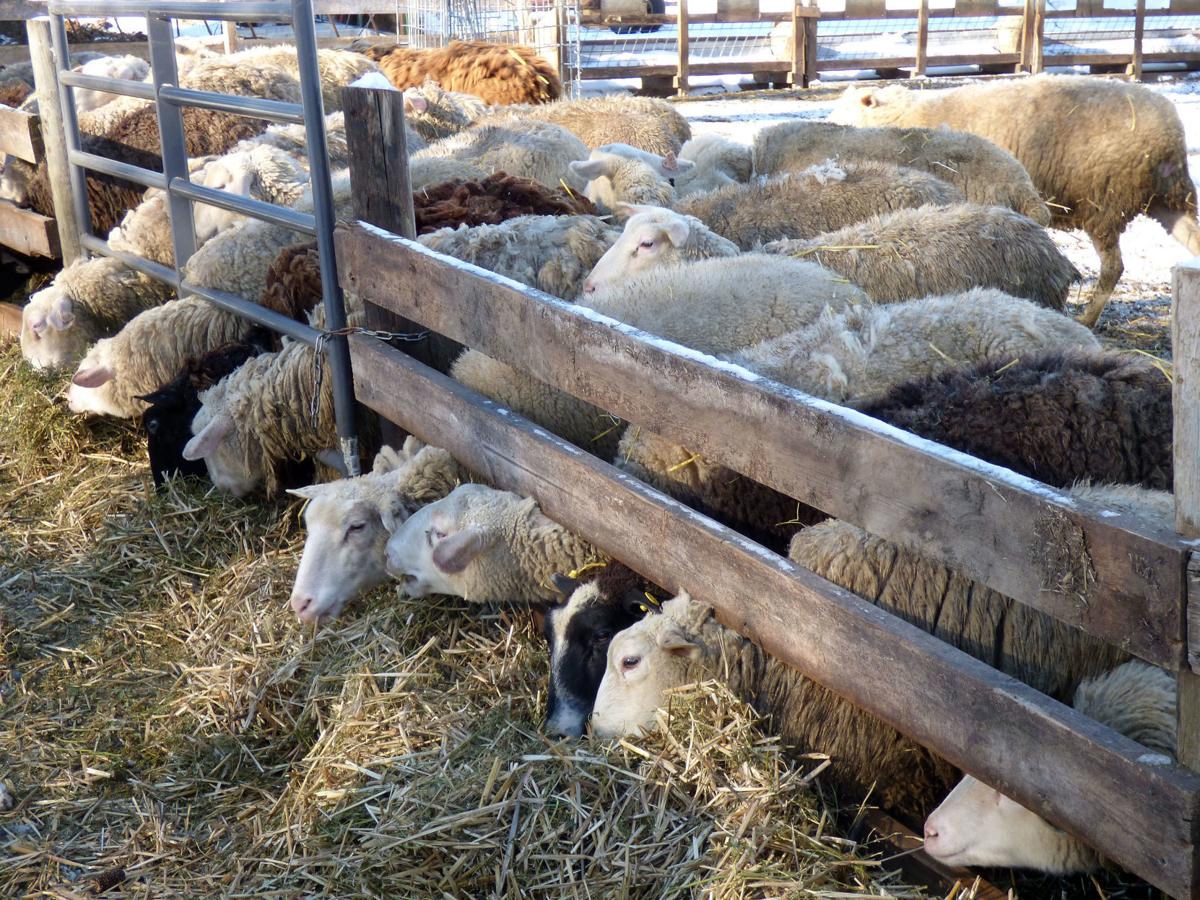 The Michielsons milk between 100 and 150 East Friesian-mix ewes twice a day on their farm near Ladysmith. 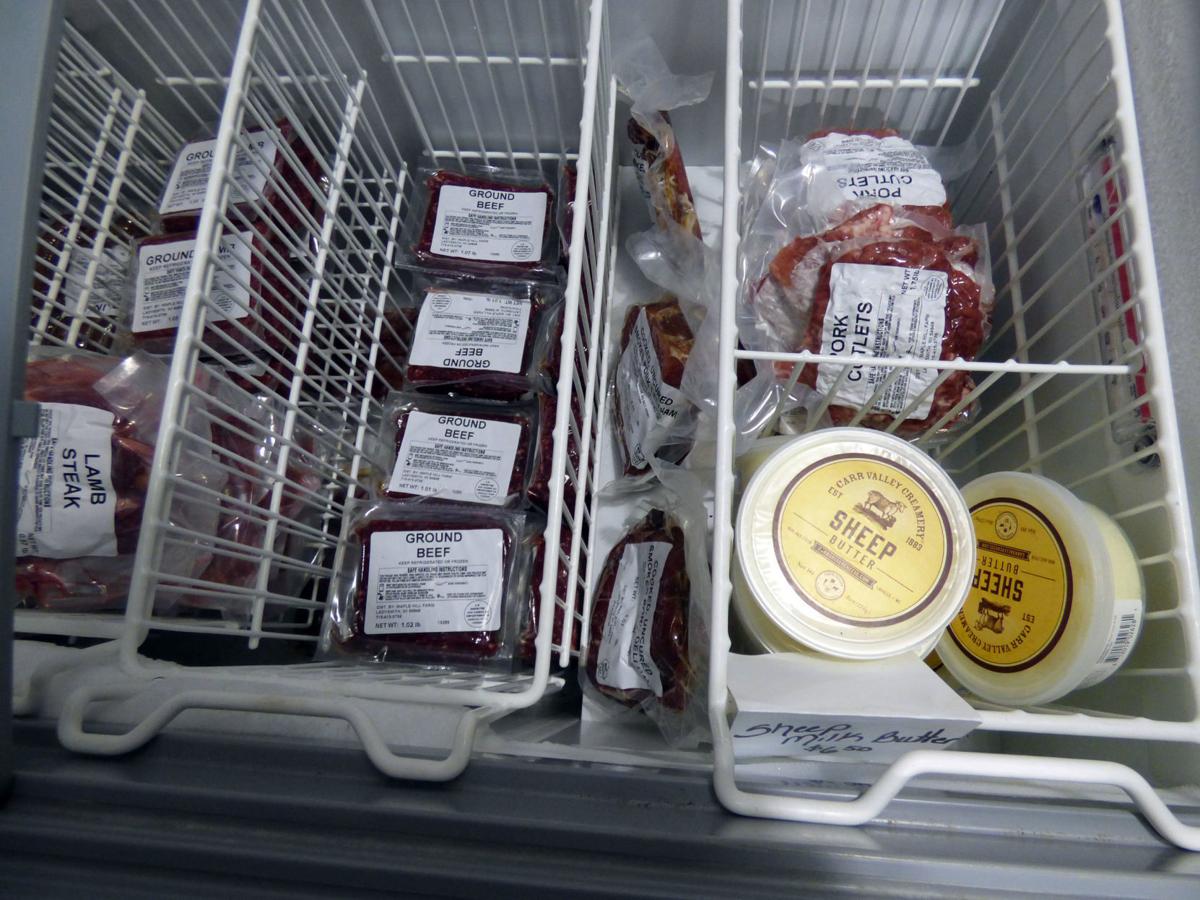 Maple Hill Farm products are available at their farm store and the Michielsons are working on creating a wholesale website. 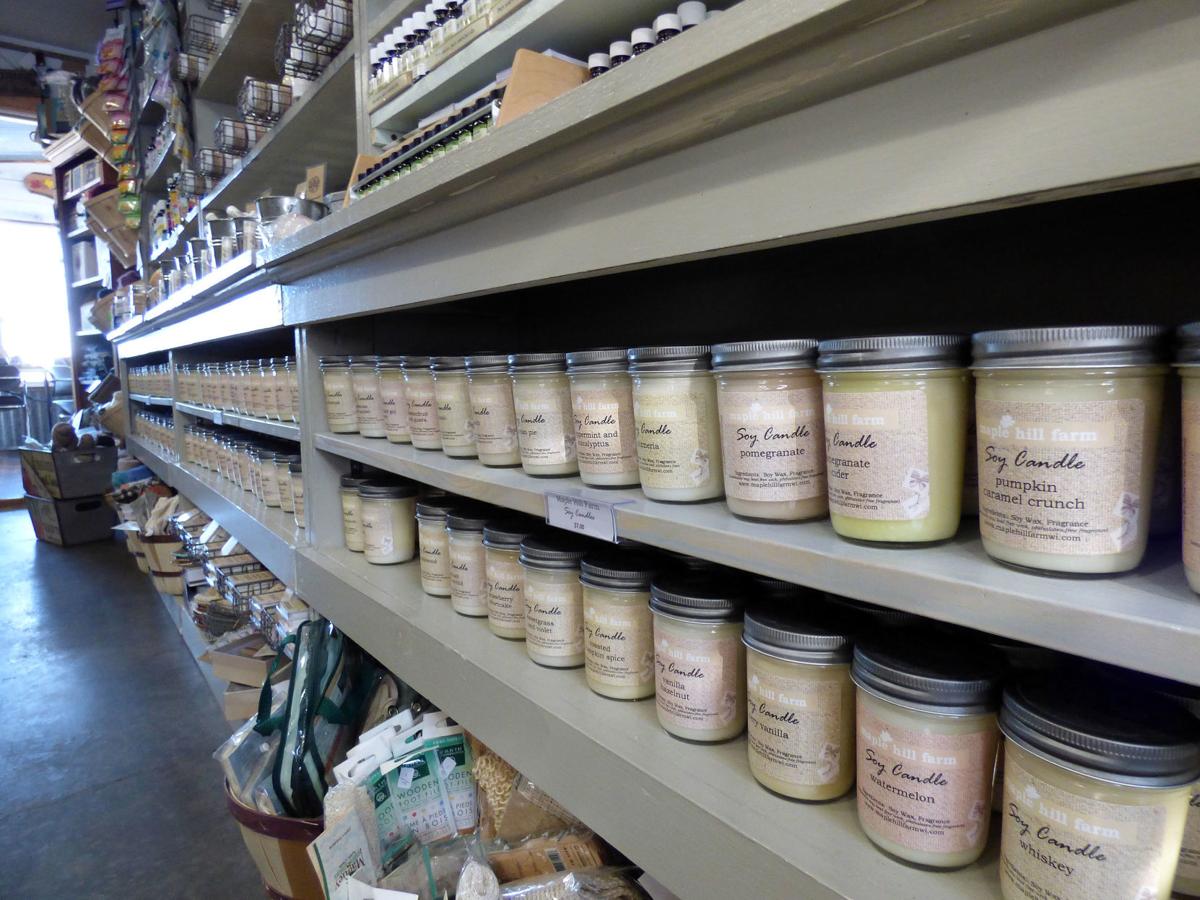 Some of the milk from the Maple Hill Farm sheep is put into handmade sheep milk soap, lotion, candles and other products. 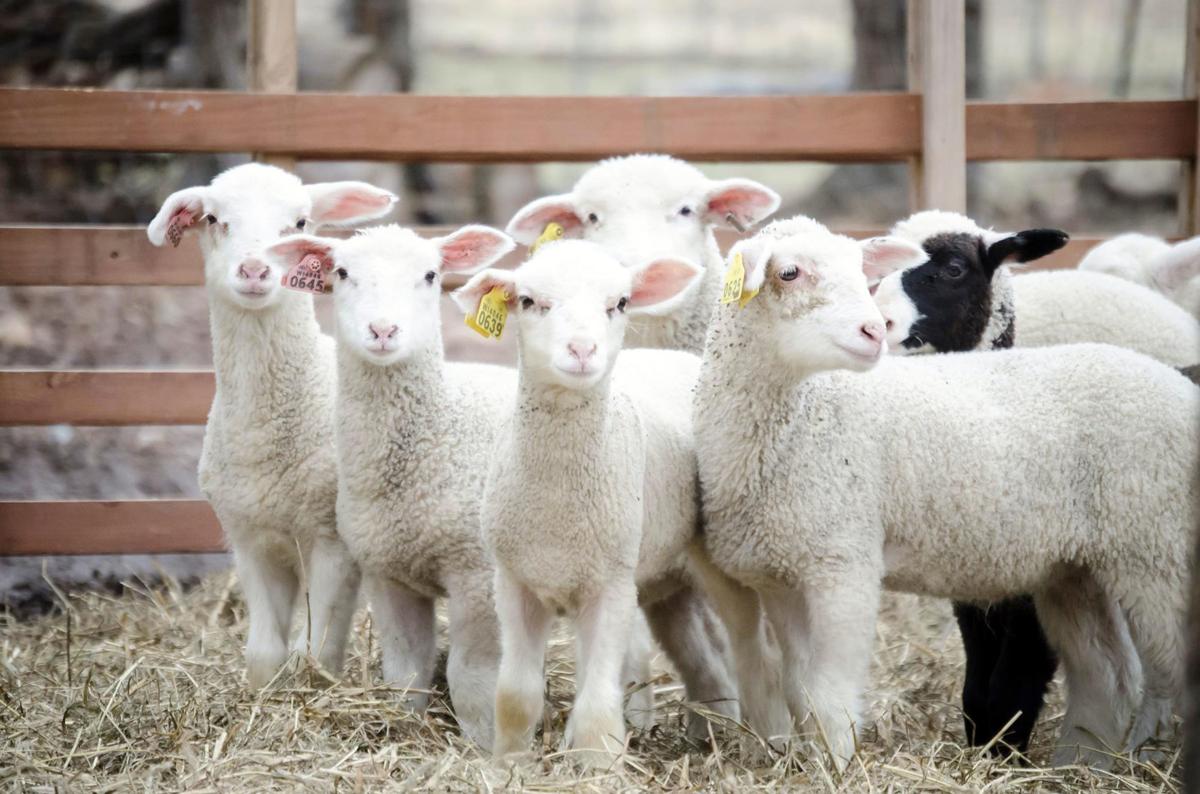 Maple Hill Farm in Ladysmith will hold a lambing open house on the farm in February.

The Michielsons milk between 100 and 150 East Friesian-mix ewes twice a day on their farm near Ladysmith.

Maple Hill Farm products are available at their farm store and the Michielsons are working on creating a wholesale website.

Some of the milk from the Maple Hill Farm sheep is put into handmade sheep milk soap, lotion, candles and other products.

Maple Hill Farm in Ladysmith will hold a lambing open house on the farm in February.

LADYSMITH — While the dairy industry as a whole has been struggling, Brian Michielson said his little corner of the industry — sheep — has been holding its own recently.

“In my opinion, with cow dairy struggling, this is the bright side of the dairy industry,” Brian said.

Brian and Tammy Michielson milk between 100 and 150 East Friesian-mix ewes on Maple Hill Farm near Ladysmith. They also raise pastured pigs, grass-fed beef, chickens for eggs and meat, and turkeys and produce maple syrup and honey. The farm is Animal Welfare Alliance certified, and many of the farm’s products, including soaps and lotions Tammy makes from the sheep milk, are available in a store on the farm.

Four part-time and seasonal employees help out on the farm and in the store.

The Michielsons purchased their farm west of Ladysmith in 2006. At that point, milking sheep was not in the plans, but the couple’s oldest son was in FFA and wanted to show lambs at the fair.

“We bought the place because we wanted a place to hunt and a place to call our own,” Brian said. “That first year we were here, we went to the turkey federation and probably planted 10,000 flowering plants. We had no intention of farming it, it was just strictly for wildlife.

“Then those two sheep my son showed at the fair ... it just seemed like a natural fit.”

Dairy sheep have been milked in Wisconsin for about 25 years, and in in the early 1990s, the University of Wisconsin brought the genetics to the Spooner Agricultural Research Station to start a flock. That research flock, which was sold off in 2016, and fellow sheep dairy farmers shared the information that brought the Michielsons, who were coming from a traditional dairy background in central Wisconsin, up to speed on the sheep dairy industry.

The Michielsons converted the farm’s tie-stall barn into a lambing parlor.

“There were cows in there until almost the day we bought it,” Brian said. “We took all the tie-stalls out and made it into something that would work for us.”

The Michielsons milk between 100 and 150 sheep twice a day in a double-10 parlor. The sheep produce about three or four pounds of milk per milking, Brian said. Milk from Maple Hill Farm is shipped to Carr Valley Cheese in LaValle.

Sheep are seasonal milkers, and the sheep at Maple Hill Farm produce 100% of their annual output from February through August. That left the Michielsons with five months of the year when they wouldn’t be bringing in any income from the dairy.

“That’s where the store fell into play,” Brian said. “We were able to make up for that lack of income over the course of the year.”

The Michielsons opened the farm store in 2011. They were selling meat out of chest freezers prior to that, but demand grew to the point where they felt the store would be a good idea.

In addition to their meats, milk, soaps and lotions, the store offers a variety of products from essential oils to cleaning products to coffees. They also try to bring in products based on customer requests, Brian said.

“I have to look at everything. It changes every time I come in,” according to a customer shopping in early January.

The Michielsons practice intensive rotational grazing between sheep, cows and pigs on the home 40 acres. They rent some additional acres to make hay. The sheep are the first on the pastures and in good years, the cows have their own paddocks.

“The sheep will always eat the best stuff,” Brian said. “But depending on how the year is going, sometimes we’ll put the cows in the same area because they’ll do a lot of trampling. That adds to the soil structure. And they’ll eat a lot of the less desirable that the sheep don’t want.

“The pigs come into play when we want to reseed. We’ll let them do the tilling.”

Like last year, lambing started in mid-January at Maple Hill.

“People always ask, ‘Why do you want to lamb in the winter?’ I believe our lambs are healthier when they are born when it’s cold, because there’s dry air,” Brian said. “If you’re lambing in April and it’s rainy, there’s a lot of moisture and that’s when you have a lot of pneumonia problems.”

Each February, Maple Hill Farm hosts a lambing open house, when visitors to the farm can see newborn lambs, take horse-drawn sleigh rides and, if scheduling works out, see sheep being shorn. Brian recommended people keep an eye on their Facebook page at www.facebook.com/mmaplehillfarm for the date announcement.

“We like to get people out to the farm to see what we have going on, and the lambs are a big draw,” he said.

“There were just so many things that paved the way for us to end up doing what we’re doing,” Brian said. “It started off innocently enough, with wanting to sell quality meat and eggs, but it just kept going from there in that few year time period.

“To our amazement, the community of Rusk County and beyond has been 100% supportive.”