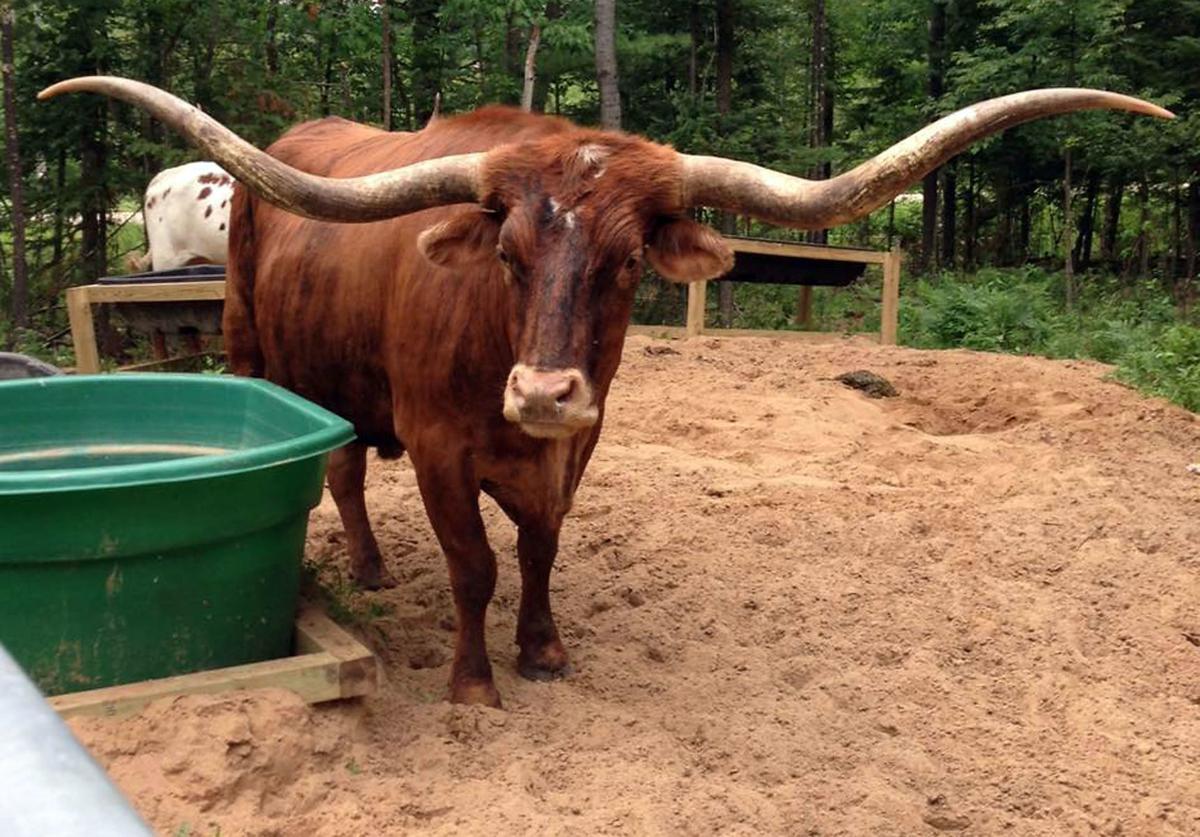 Keith Alfts of Alft's Longhorn Acres in Tigerton said his family switched to raising Texas Longhorn cattle for the health benefits of the meat. Alft said when this bull died, it measured nearly 8 feet from tip to tip. 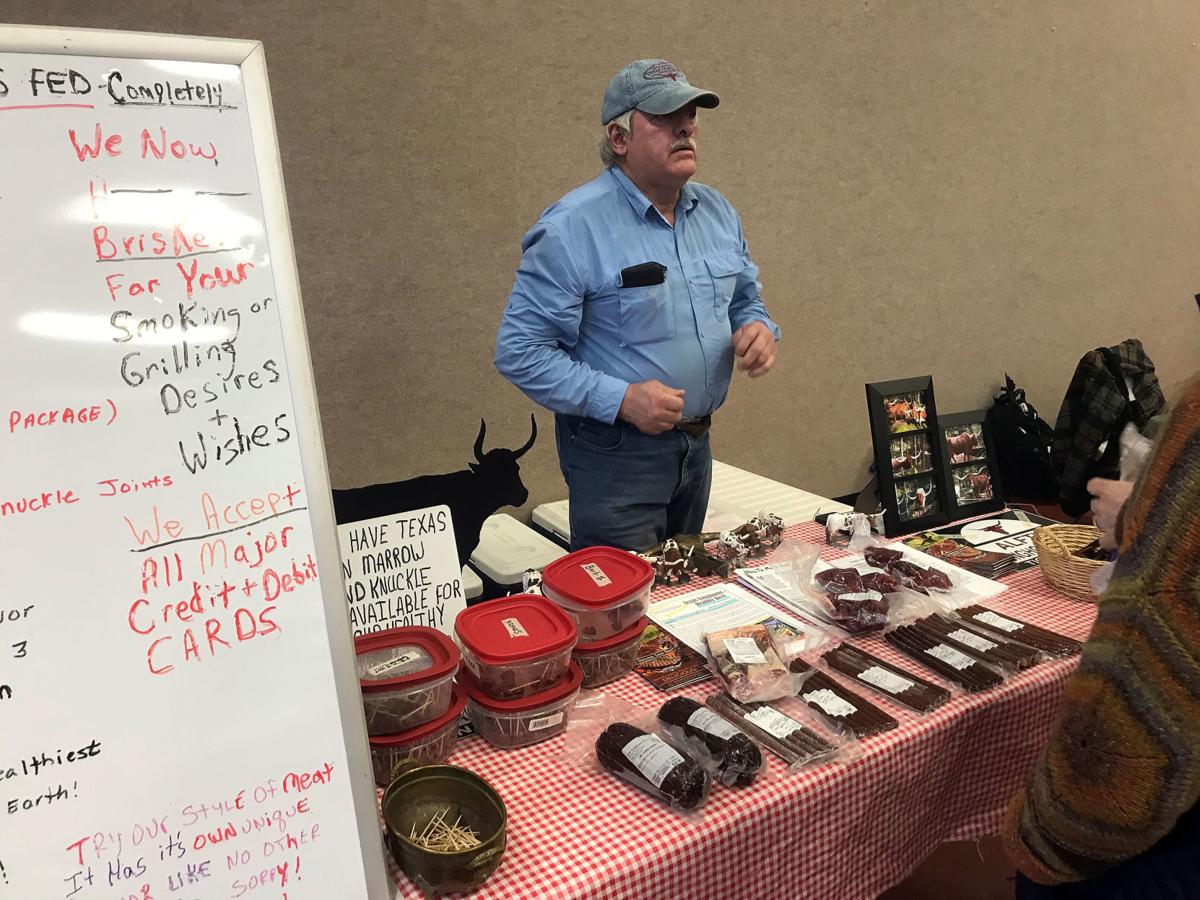 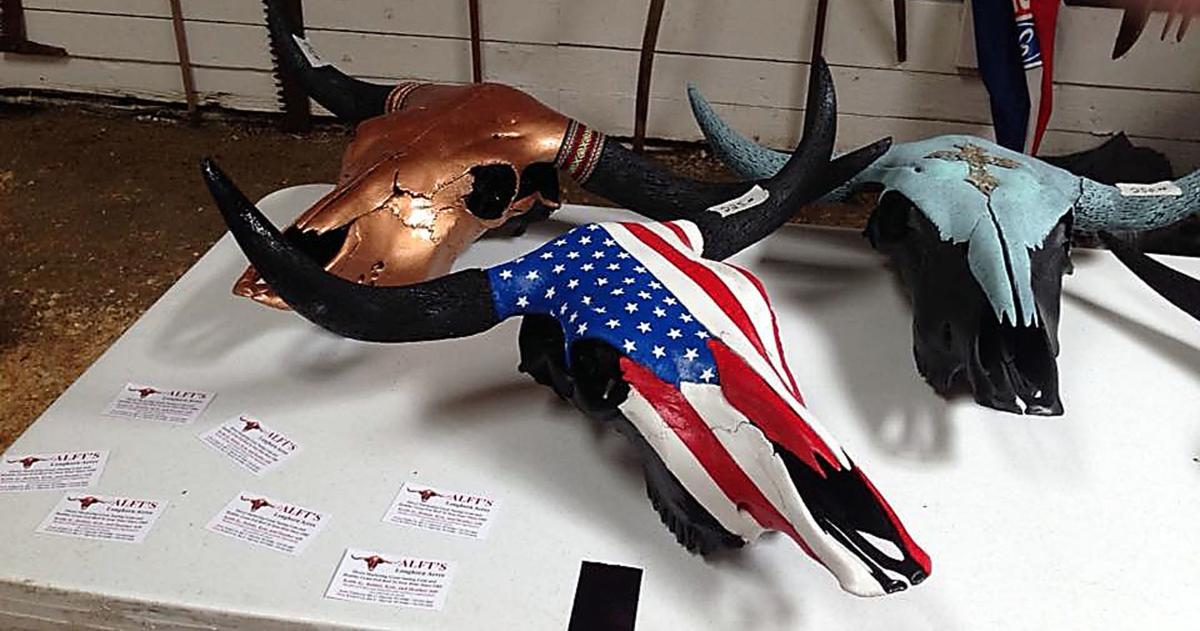 The Alfts have a friend who paints the skulls, which are offered for sale at the farm. 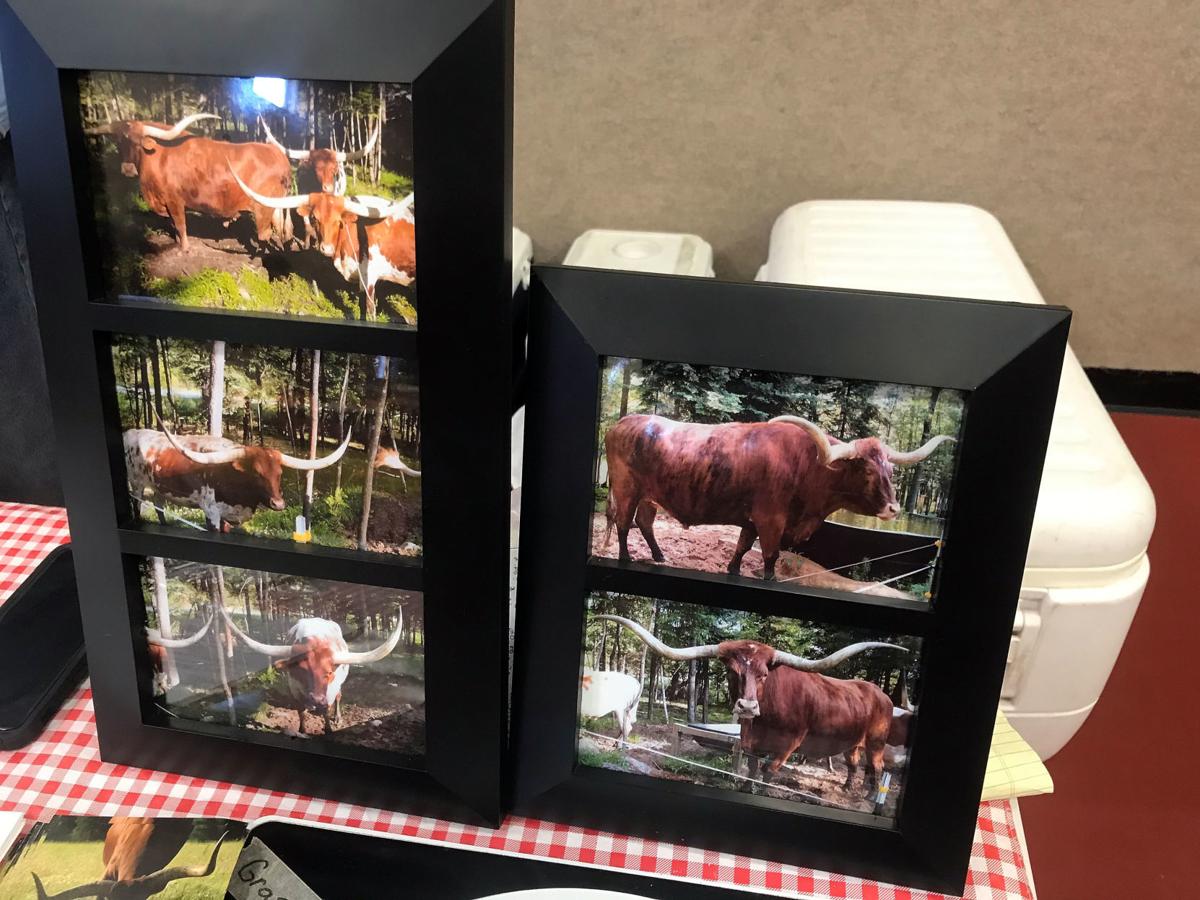 Keith Alfts of Alft's Longhorn Acres in Tigerton said his family switched to raising Texas Longhorn cattle for the health benefits of the meat. Alft said when this bull died, it measured nearly 8 feet from tip to tip.

The Alfts have a friend who paints the skulls, which are offered for sale at the farm.

“Texas Longhorn is very lean, very healthy,” Alft said. “It’s low in cholesterol. It’s comparable to buffalo, but it has more flavor. And it has more Omega-3 than salmon. Some people actually consider it a superfood.”

Alft raises about 100 head of Texas Longhorns on his 100-acre farm. He has been raising cattle since 1985, starting with shorthorns. He switched to Texas Longhorns about 20 years ago after finding out about the health benefits of the Longhorn beef.

“My mother had heart problems. The doctor told her no more red meat, and she said, ‘what about Texas Longhorn?’” Alft said. “I looked into it then and found out. I got one because I thought they were neat.

“That was before the grass-fed craze kicked in.”

Longhorn cattle once numbered 10 million head roaming wild on the Southern plains. Due to extensive crossbreeding, the breed was headed toward extinction in the 1920s, when the U.S. government stepped in with a grant aimed at saving the breed.

According to Dr. Stewart H. Fowler, a renowned beef cattle consultant, the Texas Longhorns’ benefits includes genes for high fertility, easy calving, disease and parasite resistance, hardiness, longevity, and the ability to use the browse and coarse forage material on marginal rangelands more efficiently than most other cattle breeds.

In addition to calving easily, the breed’s massive horns allow the cows to protect their young, earning them the reputation of being good mothers.

Alft farms with his wife Debbie and his son Kyle. Alft said his daughter, Heather, and her family help on the farm as well.

“Everyone works out, and everyone’s got a couple jobs,” Alft said.

One of Alft’s jobs is sales. He markets the beef to about 20 health food stores in east and central Wisconsin. Customers like the Longhorn beef because it’s as lean or leaner than bison and has more flavor, he said.

Alft also attends the Stevens Point Area Winter Farmers Market at Redeemer Lutheran Church, 900 Brilowski Road, Stevens Point, Saturdays from 8 a.m. to noon. He did the summer market in Stevens Point this year as well. He also does some direct-to-consumer sales.

Male Longhorns have horns that tend to be straight with a slight turn at the end, while a cow’s horns can have a variety of shapes and sizes, according to breed information.

Alft said that despite appearances due to the long horns, the breed is quiet and docile.

“You’ve got to give them their space, but I walk right in there amongst them,” he said. “They’re gentle. But the bull, you’ve got to look out for. He’s 80 inches tip to tip, so he’s all business.”

Alft’s purebred, registered Texas Longhorns are on pasture all year and are fed hay in the winter.

“We’re trying to make ends meet,” Alft said. “The farm economy isn’t good. The cost of hay is four or five times what I paid two years ago, but I can’t raise my product up that much to make up for it. But that’s the way it is. We’ve got to stay positive, and it’ll turn around eventually.”

Longhorn producers are able to make money on the specialty meat, horns, skulls and hides, which come in a variety of color patterns, Alft said. He has signs on Highway 29/45 and sells skulls from the farm.

“We’ve got one customer who buys the skulls, boils them down and then paints them,” Alft said. “She paints them up and ships them all over the world.”

The Stevens Point Area Winter Market runs Saturdays through the end of March.