Sara Place, the recently hired chief sustainability officer at Elanco Animal Health, argued there are many ways beef can fit into the bigger picture of sustainability 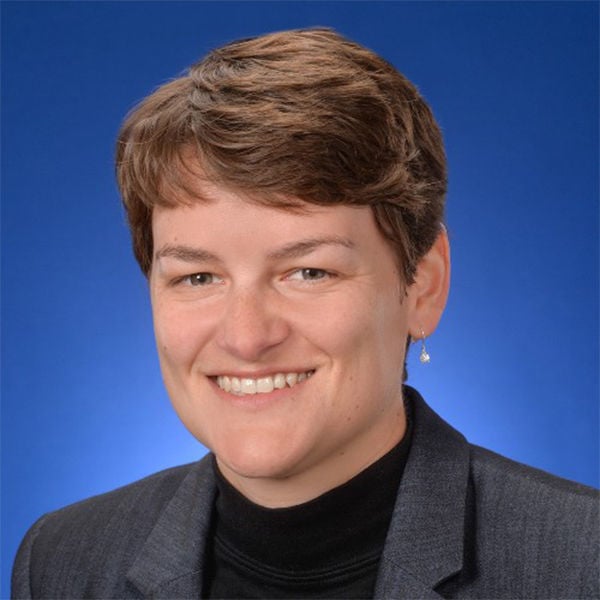 DUBUQUE, Iowa — Beef producers in the U.S. often get a bad rap when it comes to sustainability, but Sara Place, the recently hired chief sustainability officer at Elanco Animal Health, argued there are many ways beef can fit into the bigger picture of sustainability.

Sustainability can be controversial, Place explained, and no one really agrees what it means. But there is broad agreement that sustainability crosses three domains: the environment, the economic and the social. Emotions often run high as people think about the social aspect, but on the environmental side, Place argued many positives get ignored, and touched on several of them Jan. 30 at the Driftless Region Beef Conference.

Cattle are ruminants, which mean they have a symbiotic relationship with microorganisms that live within their stomach compartments. It also means they have “an up-cycling superpower” that allows them to take something of little to no value and convert it into a higher value product. Each day, cattle convert solar energy in plants that is inaccessible to humans into high quality protein, micronutrients and other products such as leather and pharmaceuticals.

“We probably don’t think about this often, but beef is a carbon-cycled product,” Place said.

Cattle also provide more to society than just a high protein product; cattle use grazing lands that may be unsuitable for crop production or other development. Think of cattle as “ecosystem engineers,” preserving and enhancing grassland ecosystems, Place said.

Having these lands in pasture, grassland and rangeland can help fight erosion and improve water quality, and the beef producer can take pride in providing grazing space for their cattle and a habitat for the animals and organisms that live within. Advancements in science, particularly over the past four decades, have also allowed the beef industry to gain when it comes to sustainability.

“Every time there are benefits gained on the crop side, the cattle side gains too because the efficiencies allow for less land and resources to be used,” she said. “We’re doing more with less and learning how productivity drives down land use.”

“Agriculture contributes, but it isn’t huge. Most is coming from burning fossil fuels. It’s the elephant in the room,” Place said.

These misconceptions likely originate when U.S. statistics get muddied by global numbers and when all emissions from livestock production get attributed to beef. Adding to further confusion are discussions about “gassy” cows and methane.

“It’s hard to point to U.S. cattle as a major source of methane in the atmosphere,” Place said. “Fossil fuels make modern life possible, but that’s all going into the atmosphere, and it’s very different than cattle just cycling carbon.”

“You could kill every cow in America, and it wouldn’t make a difference,” she said.

“Companies like Impossible Foods exist because the beef industry left the door open to the idea that we’re not sustainable — it created a market for these products,” she said.

Instead, Place argued that cattle are the “original plant-based meat,” running on solar energy, not using fossil fuels and feeding the soil beneath their feet.

“People have become so disconnected from that,” she said.

Companies like Impossible Foods are aggressively pushing these claims and framing an either/or situation — either the U.S. has animal agriculture or they embrace plant agriculture.

“It shouldn’t be either/or but rather how do we work together to make the system better,” Place said. “The either/or framing in sustainability is nonsensical.”

Sustainability in the beef industry will come from a commitment to continuous improvement, with the producer providing a safe, nutritious, high quality product while balancing economic viability, environmental stewardship and social responsibility.