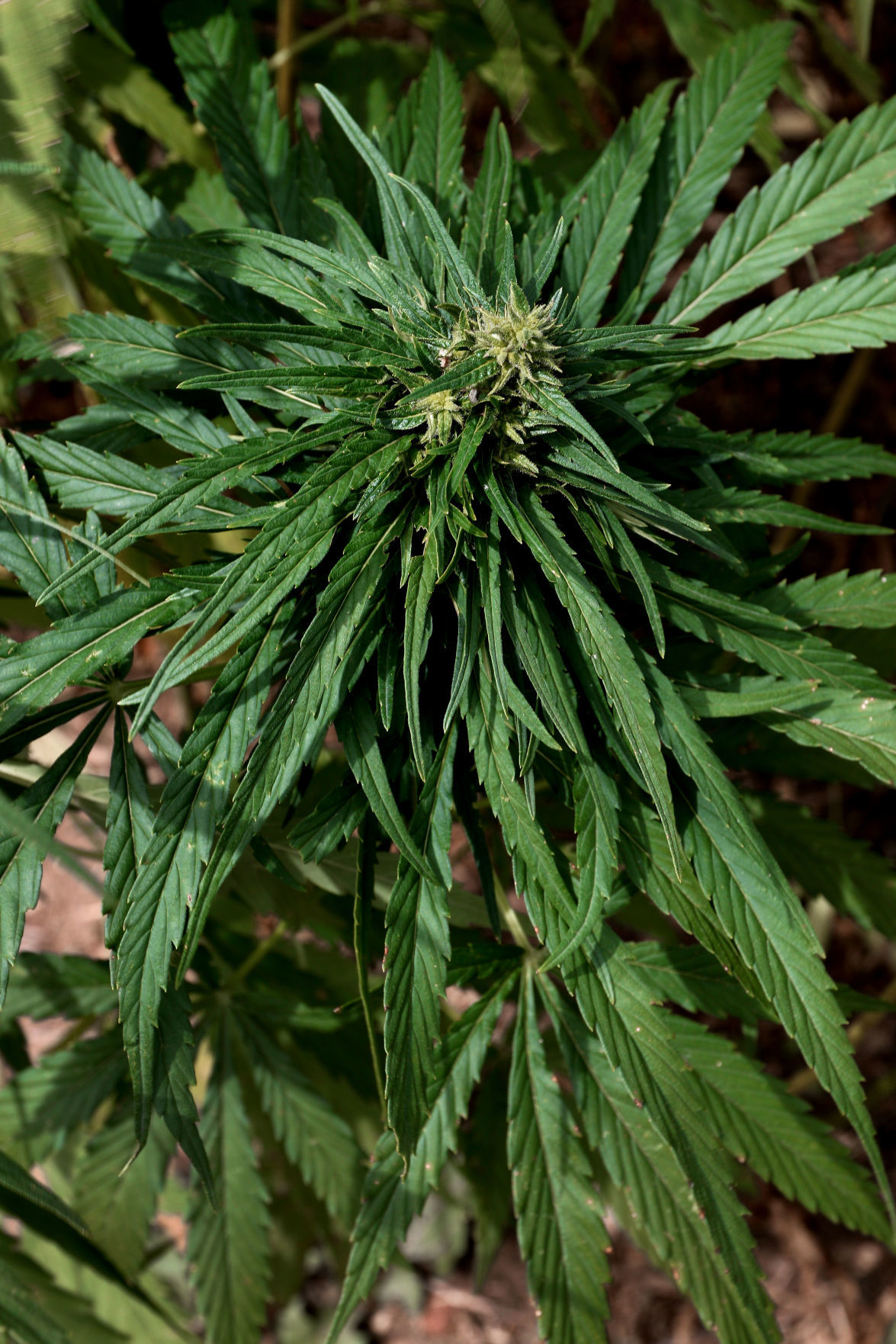 An industrial hemp crop was being grown on UW-Extension test plots in Chippewa County in 2019. 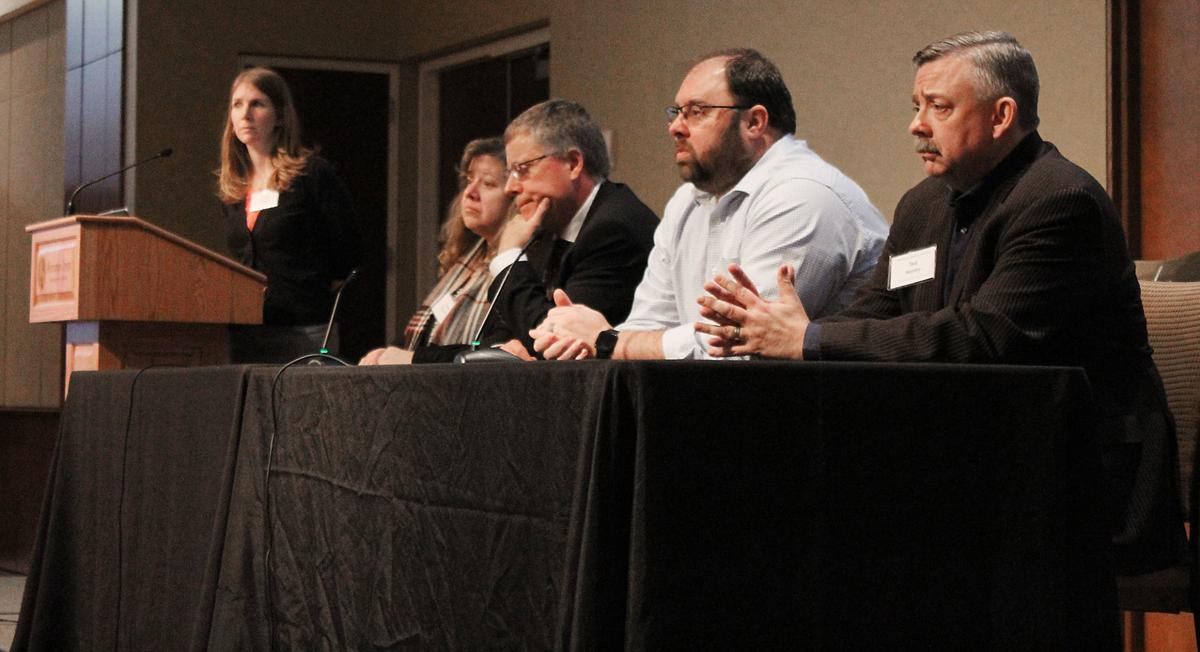 An industrial hemp crop was being grown on UW-Extension test plots in Chippewa County in 2019.

MADISON — Hemp was the theme of this year’s Wisconsin Agricultural Outlook Forum, with Kate VandenBosch, Dean of the College of Agricultural and Life Sciences at UW-Madison, commenting on the timeliness of the topic during her opening statement at the event on Jan. 28.

Just one day before, Shelby Ellison, a faculty associate in the Department of Horticulture at UW-Madison, began teaching the first course ever on campus related directly to hemp. Fifty students showed up for “Science of Hemp,” which is a big size for a class in the horticulture department, Ellison said.

And it may be a sign of the times ahead.

“Everywhere I go across the country, the crowds get bigger and bigger as the interest in hemp continues to grow,” said Tyler Mark, assistant professor of Agricultural Economics at the University of Kentucky.

Similar to Wisconsin, Kentucky saw a boom of interest in hemp, particularly in CBD production after the first few years of their state’s hemp pilot program. This enormous explosion of interest put a lot of pressure on the state’s department of agriculture and their research institutions as they hurried to provide accurate information to those wanting to grow hemp.

It’s likely this scenario isn’t unique to just Kentucky or Wisconsin; 47 U.S. states are now in the “hemp game” in 2020, Mark said. Issues relating to hemp are also likely to be similar as well, including the lack of processing capacity, confusing contracts, economic misunderstandings, oversupply and financing.

“The hype machine will continue,” he said. “Every state is getting into this game and they think they’ll be ‘it.’ But I think there will be pockets of production around the country.”

Five years ago, Colorado became a national leader in industrial hemp when it launched its pilot hemp program. Stakeholders are now in the final stages of a year-long project of submitting a state management plan to the U.S. Department of Agriculture outlining how various aspects of hemp cultivation and processing will be managed by the state.

The Colorado Hemp Advancement and Management Plan, also known as the CHAMP Initiative, engaged 191 expert stakeholders, 10 state agencies, two tribes, three colleges and universities, and 38 executive committee and board members, with the end product a “blueprint” for Colorado’s hemp industry.

Dawn Thilmany, a professor of Agricultural Resource Economics at Colorado State University, was heavily involved in the creation of this blueprint over the past year. With broad expertise in the areas of agribusiness management, agricultural marketing and regional economics, hemp was something Thilmany wasn’t extremely familiar with but took special interest in as she recognized the potential for Colorado to be active in this area due to its cannabis history.

She sees the report, which encompasses 35 pages, not only as a blueprint for administrative rules and procedures, department resources and industry guidelines, but also as an opportunity for economic development.

“We expect the 2020 and 2021 legislative sessions to serve as a catalyst for implementing the CHAMP blueprint,” she added.

While there are opportunities for Wisconsin to learn from Colorado and Kentucky’s hemp initiatives, the dairy state can also learn from its northern neighbor, Canada. Canada legalized hemp in 1997, allowing the country to take a different track than the U.S.

There are multiple marketing opportunities for hemp in Canada, said Ted Haney, executive director of the Canadian Hemp Trade Alliance. He referred to them as the four “pillars” or “faces” of hemp — food, fiber, feed and fractions (which includes the sale of the head and leaves of the plant).

The biggest market is for hemp seed for food, with products such as de-hulled hemp seed, hemp seed oil and protein concentrate being sold. The processing capacity for fiber in Canada continues to increase but there isn’t much of a functioning market for it yet; animal feed is also on the horizon, with CHTA currently seeking the registration of hemp seed and its derivatives for all major livestock species in Canada.

Licensed hemp growers in Canada are also allowed to sell fractions to licensed cannabis processors in Canada. These licensed cannabis processors can then extract the CBD for sale into three markets: the Canadian medical marijuana program; international medical marijuana programs that have been recognized by Health Canada; and provincial government regulated retail buyers within the country. Only about 5% of hemp growers in Canada are growing for this market, compared to Wisconsin, where more than 90% of hemp growers are growing with CBD in mind.

When hemp was legalized in Canada in the late ‘90s, there were a few years where things “went kind of crazy,” Haney said. Hemp cultivated in 1999 remained in the country’s inventory for two years, but from 2010 and on, there has been very specific growth as more food processors come into the industry.

Interestingly, about two-thirds of hemp production leaves Canada, with 80% of that export heading to the U.S., primarily in the forms of hemp seed, hemp oil and hemp concentrate.

It’s also been 15 years since there has been a “hot” crop of hemp in Canada, or hemp that goes above the U.S.’s federally mandated 0.3% THC level. Haney said this is because seeds must be certified to be sold, ultimately allowing genetics to eliminate the issue of a “hot” crop.

“It is so unfair to producers to burn a crop,” he said, garnering a few claps from members in the audience. “Hot crops should be gone from this industry.”

Haney expects hemp to become a $1 billion industry for Canada by 2023 as the country continues to innovate in the areas of livestock feed, fiber and fractions.

“Wisconsin is behind — way behind,” said Paul Mitchell, a professor in the Department of Agricultural and Applied Economics at UW-Madison and director of the Renk Agribusiness Institute. “But we have comparative advantages and can catch up.”

Wisconsin farmers have diversity on their side and experience planting a lot of different types of crops; they also have support systems and infrastructure, along with experiences with on-farm value added products. Wisconsin also has a history of growing hemp and strong food processing and manufacturing industries.

“Processing and marketing is where the economic impact will be,” Mitchell said. “It’s where our creative class will enter as we need entrepreneurs to develop and market new hemp products.”