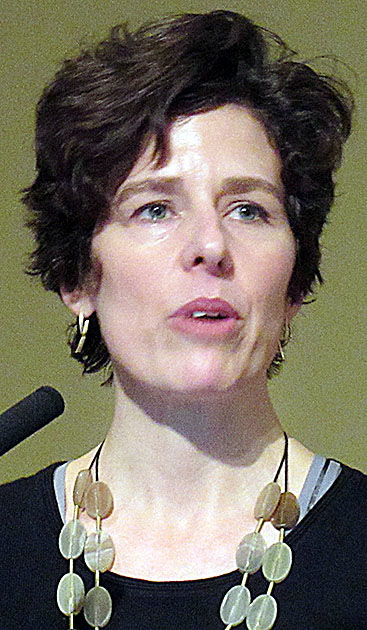 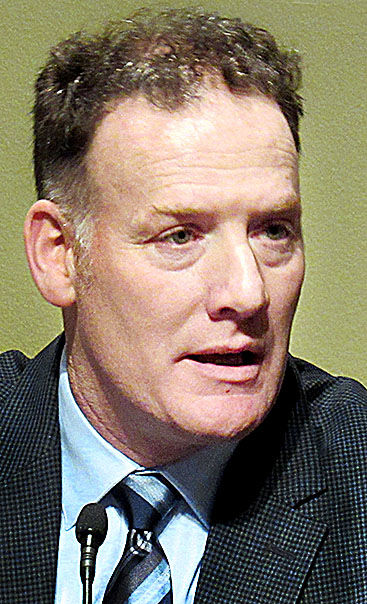 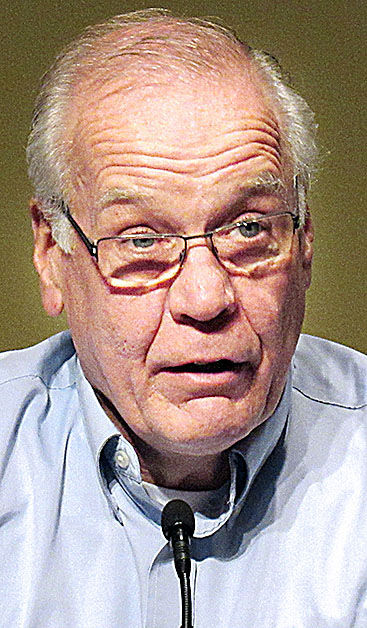 MADISON — When UW-Madison political science professor Kathy Cramer hit the road to study the divide between rural and urban residents in communities throughout Wisconsin, she didn’t really know what to expect. What she found was a deep resentment among rural people toward those in the state’s largest cities.

“It’s a low-simmering resentment that’s been there a long time,” Cramer told attendees of the Wisconsin Agricultural Outlook Forum held Jan. 25 at UW-Madison. Many rural residents view the state as two parts — Madison/​Milwaukee and “the rest of us” — and say that decisions being made on their behalf on the state level don’t speak for them. They also feel that many of their urban counterparts don’t respect them or understand their way of life and unique challenges.

“People seem to be working really hard to make ends meet and not getting what they deserve,” she said.

Cramer, a Grafton native who said she learned through her study that her hometown is, in fact, not “small-town Wisconsin,” visited 27 communities in the state between 2007 and 2012. In 2016, based on her findings, she penned “The Politics of Resentment: Rural Consciousness in Wisconsin and the Rise of Scott Walker,” which examines rural resentment toward cities and its implications for contemporary politics.

As part of her field work, she said, she would call the local UW-Extension office to find out where people go regularly to visit in the mornings — often, places such as diners, McDonald’s, gas stations and churches. Most of those she encountered were older, white gentlemen, she said, but she talked to both working and retired people and asked them to voice their concerns.

“I tried to listen to what they brought up to me,” she said, admitting that the study could have benefited from more input from 20- to 30-year-old rural residents. “I would have gone to bars, but I chickened out. I would do it differently now.”

About a year in, she said, she had deduced that the rural resentment toward cities was “intense and pervasive.” Common issues of concern included health care, taxes and jobs. People expressed that Madison and Milwaukee are a “resource suck,” consuming a lot of mental space but not much of the state’s geographic territory. Rural residents said they often feel like they’re “on the short end of the stick.” There’s a perception of distributive injustice.

Parts of rural Wisconsin are “fertile ground” for arguments against public employees, she said. Gov. Scott Walker tapped into that resentment toward public employees, and some of it spilled over into the election of President Donald Trump. People Cramer talked to want government size reduced and said state government is mostly there to serve urban interests and is not working well for rural areas. But it’s not so much that they want a smaller government, she said, as they want one that tends to their concerns and “listens and respects who they are as human beings.”

Some backlash from the often-controversial Trump administration is now cropping up in areas such as northwestern Wisconsin, where Patty Schachtner recently was victorious over State Rep. Adam Jarchow, R-Balsam Lake, in the special election to fill new state Agriculture Secretary Sheila Harsdorf’s vacated State Senate seat, she said.

Cramer said she also found a mix of attitudes toward agriculture, particularly regarding subsidies, which create wide rifts. Some farmers, especially those with large operations, are viewed as very wealthy and resented by others.

“Even among farmers in communities, there is resentment about a small family-owned farm versus someone who has sold the farm and now works for a corporation,” she said.

While jobs have started to come back in the state’s metropolitan areas, Cramer said, they haven’t bounced back as much in out-state Wisconsin.

UW-Madison agricultural economist Tessa Conroy said rural Wisconsin relies more heavily than urban areas on manufacturing and public-sector jobs. Employment opportunities at schools and local post offices also are highly valued in rural communities. Because the chances of a new large factory being built in most small towns are so slim, she said, most new jobs in rural areas are created through new businesses and entrepreneurship, which makes rural broadband access of growing importance.

“Rural Wisconsin has had less robust job recovery (than nationwide),” she said. “We need to think more broadly and diversely.”

Rural people tend to be more resourceful, out of necessity, and significantly more of these new businesses survive the five-year mark in rural areas versus urban areas.

“They have to come up with their own job,” Conroy said. “It’s important to have a consistent pipeline of new businesses because of their job creation power.”

Contrary to some opinions, Cramer said, the views she found in her study are not a product of the Great Recession or the Walker administration and were in place long before either of those events. There’s always been a rural-urban divide, but it has been exacerbated at this point in history by the confluence of technology, mobilization, politics and changes in agriculture.

But the study didn’t reveal all doom and gloom, Cramer said. People are proud to be from rural Wisconsin and say they choose to live in their rural community because of the people around them and what the community offers. There’s a deep pride in the rural way of life.

Because everybody eats, Cramer said, agriculture could be one of the most effective ways to help bridge the rural-urban divide, through regional and community food systems, the arts and events such as Fermentation Fest.

“The common thread of food and agriculture can bring a way we learn to communicate with each other,” she said. “There is potential there.”

Panelists Larry Alsum of Alsum Farms and Produce in Friesland and Mark Crave from Crave Brothers Farmstead Cheese in Waterloo say they strive to educate urban consumers about modern agriculture through their farm businesses.

Alsum said it’s more important than ever for farmers to get their message out to consumers because most people don’t understand where their food comes from. He has tried to capitalize on that and build in some aspects of farmer identification through his products, which includes more than 300 kinds of fresh fruits and vegetables, mainly potatoes and onions. He also hosts many farm tours, mostly for school groups.

Farmers must communicate more with consumers about stewardship and sustainability and why they must expand their operations, he said. “We’re trying to be open and honest and transparent. I’m excited for the future.”

Crave, whose family business milks 2,100 cows at two sites and farms 3,100 acres, added a farmstead cheese operation in 2002. He said they strive to have a positive local impact, spending 90 percent of farm expenses within 50 miles of their farm.

“We live here. We shop. We grocery shop. We go to church. We go to school. We breathe the air. We even drink the water,” he said.

Crave said part of the rural-urban divide comes from the fact that farmers make most of their decisions based on science, and many consumers fear it or choose to ignore science. Also, “we feed the world; most haven’t been hungry. And there are so many ideas of what sustainable is.” Consumers also are confused by all the absence claims on the market, such as hormone-free and rBST-free.

“A lot of things consumers are wanting, we’re already doing on our modern dairy farms,” he said. “Farmers need to look in the mirror and demand more from those who represent us.”

The rural-urban divide is one of many divides in Wisconsin, according to Mark O’Connell, executive director of the Wisconsin Counties Association. “It’s hurting us; it’s holding us back. But very few things can bridge a divide more than success — more people making more money and engaged in more commerce.”

O’Connell said it’s critical that people, especially those involved in public policy, recognize the various divides and “engage in activities that will assist people we will never meet and help generations we will never see.”