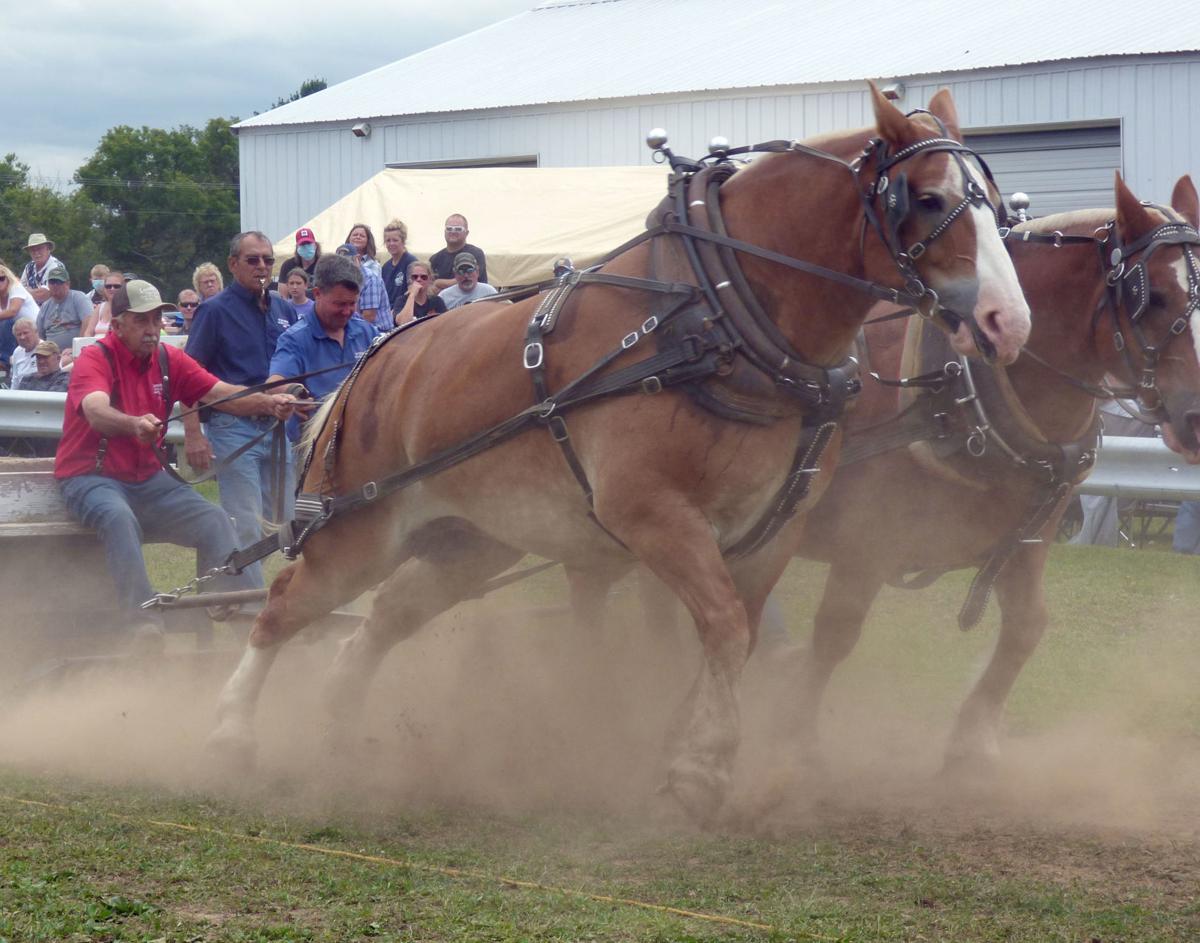 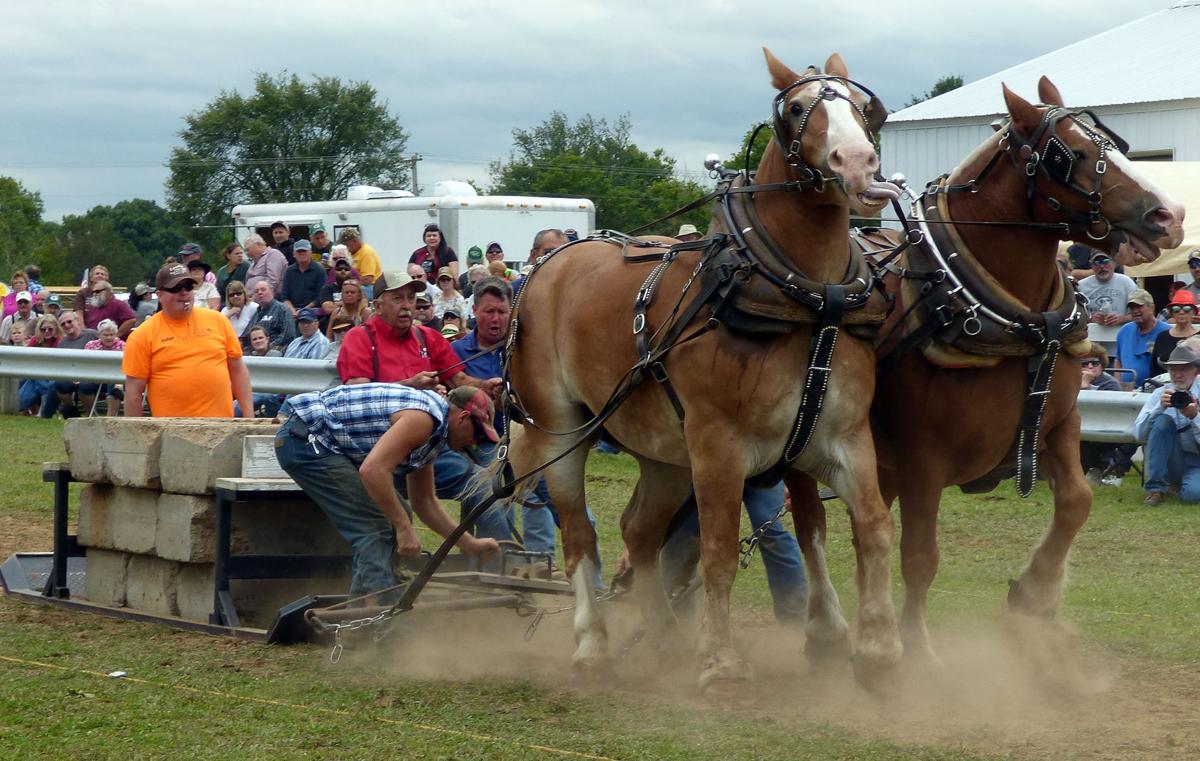 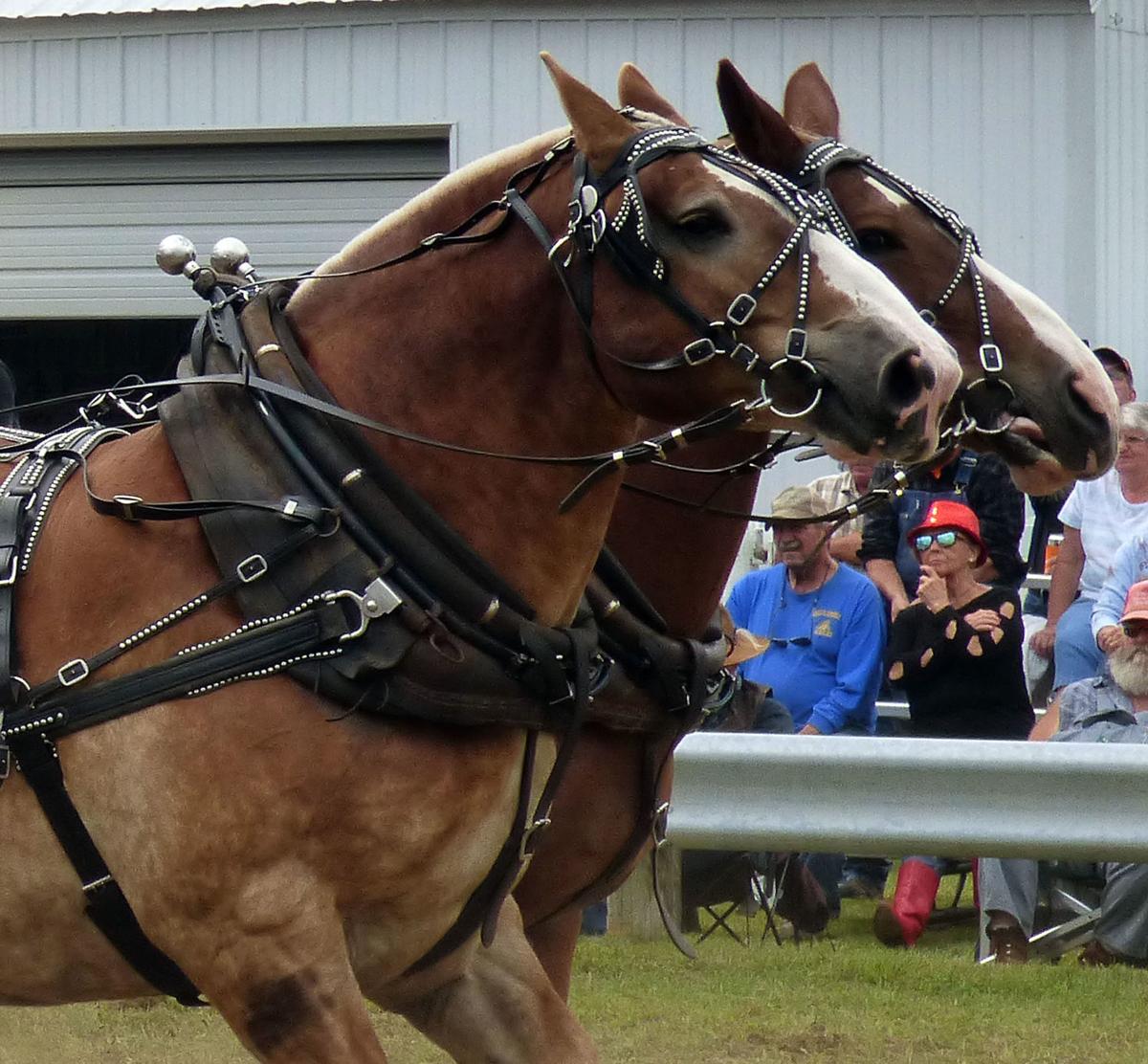 MONDOVI — While a missed hitch might draw jokes about draft horses working for another brand of beer, a strong pull drew a round of applause from the audience gathered Sept. 6 for the 37th annual draft horse pull at Loomis Lazy L Tack and Trailers east of Mondovi.

Thirty-one teams took part in the draft horse pull the Sunday of Labor Day weekend. The event also featured an open barrel show the day before.

Both events drew a good crowd, according to Krissy Loomis of Lazy L.

“We were very happy with our turnout on both days,” Loomis said. “I think everyone was happy for some sort of normalcy.”

In the middleweight division, Josh Wickum of Menomonie and his team of Duke and Norman pulled 10,500 pounds for 26 feet to take the top spot. Dan Millard/Wyss and the team of Alvin and Charlie was second, followed by Bill Kohn/Skinkus and the team of Blaze and Rowdy in third.

In the lightweight division, Les Vold/Wickum of Osseo and the team of Wally and Shirley pulled 10,000 pounds 26 feet, 10 inches to take first. Chuck Schaaf of Chetek was second, with the team of Tony and Chief, followed by Jeff Krueger of LaFarge and the team of Prince and Don.