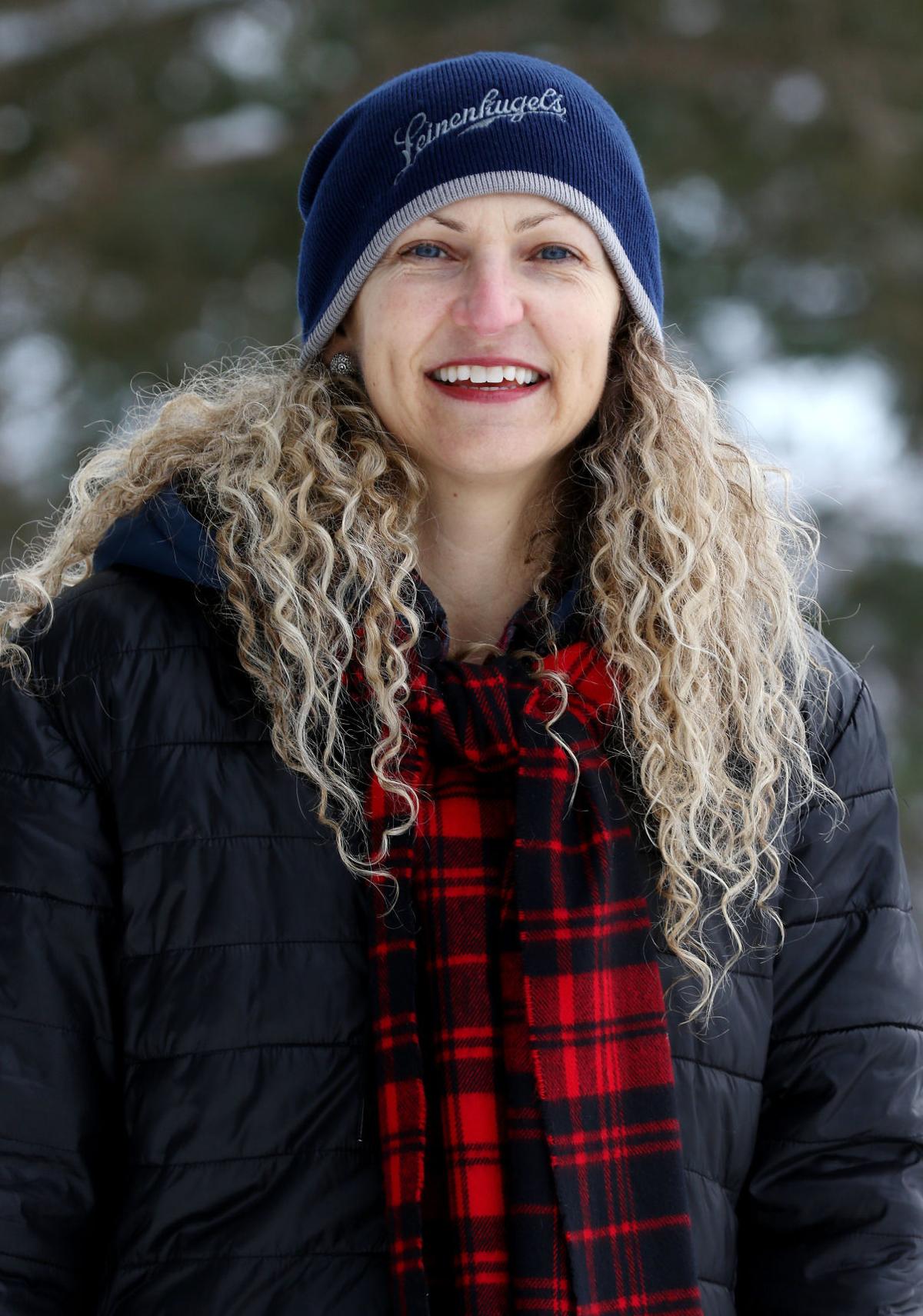 Tonight we’re a party of five: Dad and daughters and our husbands. Dad’s been eager to try the fish fry at Irvine, the bar where he ate every weekday lunch for his nearly 40-year career on the Soo Line Railroad. When Dad first moved to Chippewa Falls in 1947, he rented a room above the bar and shared a grimy down-the-hall-bathroom with other brakemen and engineers. They all lived just 100 feet from the front door of the Soo yard office, where they punched their time cards.

The place changed hands and names many times in the three decades since Dad retired. In the last few years it’s been “The Ghost Pub,” “The Depot,” and now “Pit Stop.” Dad still calls it “Irvine.”

William Irvine, one of our town’s finest, ran the Chippewa Lumber and Boom Co., the largest sawmill under one roof in the world — at least in the mid 1880s. He earned his riches in the logging business and donated 163 acres to Chippewa Falls in 1906. One hundred and thirteen years later, only that park and a street bear Irvine’s name, though this ghost pub-depot-pit stop may still hold his spirit.

In 1870, when the railroad finally chugged into Chippewa Falls, this was one of the first taverns in town, catering to lumberjacks and other roughnecks. The rooms above the bar were let to prostitutes. That means in the same tiny rental where my dad wrote love letters to the girl who’d become his wife, some 70 years earlier another girl — I imagine she had a heart of gold — was spending time with smelly lumberjacks to make money to send home to her family farm.

Did my 21-year-old father, who desperately missed his teenage girlfriend, know he was pining from a former whorehouse, a haunted one to boot? This juxtaposition of innocence and experience tickles me.

Seventy years later, it’s the ghost of himself my father might meet at this old tavern.

Tonight, I hold the door for Dad, and he uses his cane to hobble up the three concrete stairs. Once inside, he walks from corner to corner, inspecting everything.

“Sure looks different in here,” he says to our waitress. When Dad introduces himself — doesn’t everyone tell his server who he is? — she says she went to high school with my older brother, the other Joe See. I am reminded again how we are all connected in Chippewa Falls, like an intricate tapestry. Pull one thread and your neighbor’s cousin frays a bit.

Dad walks up to the only other filled table and says to the couple, “Well, you look familiar.” At 92, he can do this. Or maybe he always acted this way.

Turns out they are his old neighbors, who moved off the south side some 40 years ago. They remain parishioners at Holy Ghost Church, like my dad. They tell Dad everything but their names.

I look more carefully. I recognize the shape of the woman’s face, but I can’t quite pinpoint how I know her.

While I drink my beer and steal fries from Dad’s plate, my brain sifts through my “face files” as I try to recall her name. At 50, this happens to me frequently, a falling off that troubled me till I read an article that differentiated normal aging from full blown dementia — my fear since my mom was diagnosed with Alzheimer’s.

I smile in the direction of the couple. They are older than my 71-year-old husband, Bruce, but younger than Dad — in that no man’s land of happy-to-be-alive-and out for Friday night fish but not yet worried about choosing a nursing home.

After they finish their meal, the couple comes over to our booth. This older woman puts her face near mine. “Were you that little blondie who cried so hard when her mom dropped her off at kindergarten?”

I simply had to hear her voice.

“Yes, I was,” I say. Everyone in our booth laughs, and she does too. I tell her, “I went to kindergarten through twelfth grade with your son.” I search for his name.

She hugs me awkwardly from behind. “You’re still as cute as ever.”

She rubs my dad’s shoulder. “You have a beautiful family.”

Dad nods and takes another bite of his beer battered cod.

After the couple walks away from us, my sister Geralynn says, “You cried that hard in kindergarten?” What she means is: so hard that 45 years later a woman in a bar remembers you.

“Yes. It was traumatic leaving my mom.” Bruce smiles kindly in my direction. Geralynn shakes her head. She works as a kindergarten teacher’s aide; she’s seen it all. Dad keeps eating.

I look at Geralynn. “Remember that red polyester shirt Mom had? One with the white V-neck ribbing?” I tear up.

I know she remembers how we used to give Mom a bath every Saturday morning and Mom worked the washcloth between her toes, like she used to when she was a farm girl. Or how we’d lift her out of the tub and both of us towel her off, each time Geralynn singing “Carwash” and Mom giggling.

We helped her get clean, and it meant the world: steamy bathroom, comforting scents of aloe shampoo and Pepsodent.

Mom would say to the two of us, “Oh, you girls,” so full of affection, though she had no idea who we were. On those bath mornings, Mom was naked and vulnerable and all ours, the same pressure you feel when you bring your newborn home only Mom was 80-something and we were desperate and afraid in ways we never knew a parent or a daughter could be.

Now Geralynn nods in my direction.

I say, “Mom’s red shirt had a tie at the top, like shoe strings. The first day of kindergarten I wrapped my fingers around the laces and wouldn’t let go. Miss Dutton had to pry my hands off.” This image is baked into my memory.

Again everyone at the table laughs, Dad till he coughs and coughs. His emphysema makes his laughter sound like gasps lassoed together.

Bruce toes my shoe under the table, a gesture that says “you’re quirky, and you’re mine.”

I say to Dad, “That woman? Her name was Sally Lea before she married.”

Dad says, “Yeah, that’s right. Her parents owned a bakery in town. Sally Ann’s Bakery. I think her ma and pa named it after their little girl.” His eyes puddle.

Dad clears his throat and tells us, “Sally’s sister married our mailman.”

See is an award-winning author whose work has appeared in Brevity, Salon Magazine, The Wisconsin Academy Review, The Southwest Review, HipMama, Inside HigherEd and many other magazines, journals and anthologies. She wrote the blog "Our Long Goodbye: One Family's Experiences with Alzheimer's Disease" which has been read in more than 100 countries, and she is a frequent contributor to "Wisconsin Life" on Wisconsin Public Radio. She lives in Lake Hallie with her husband, writer Bruce Taylor.