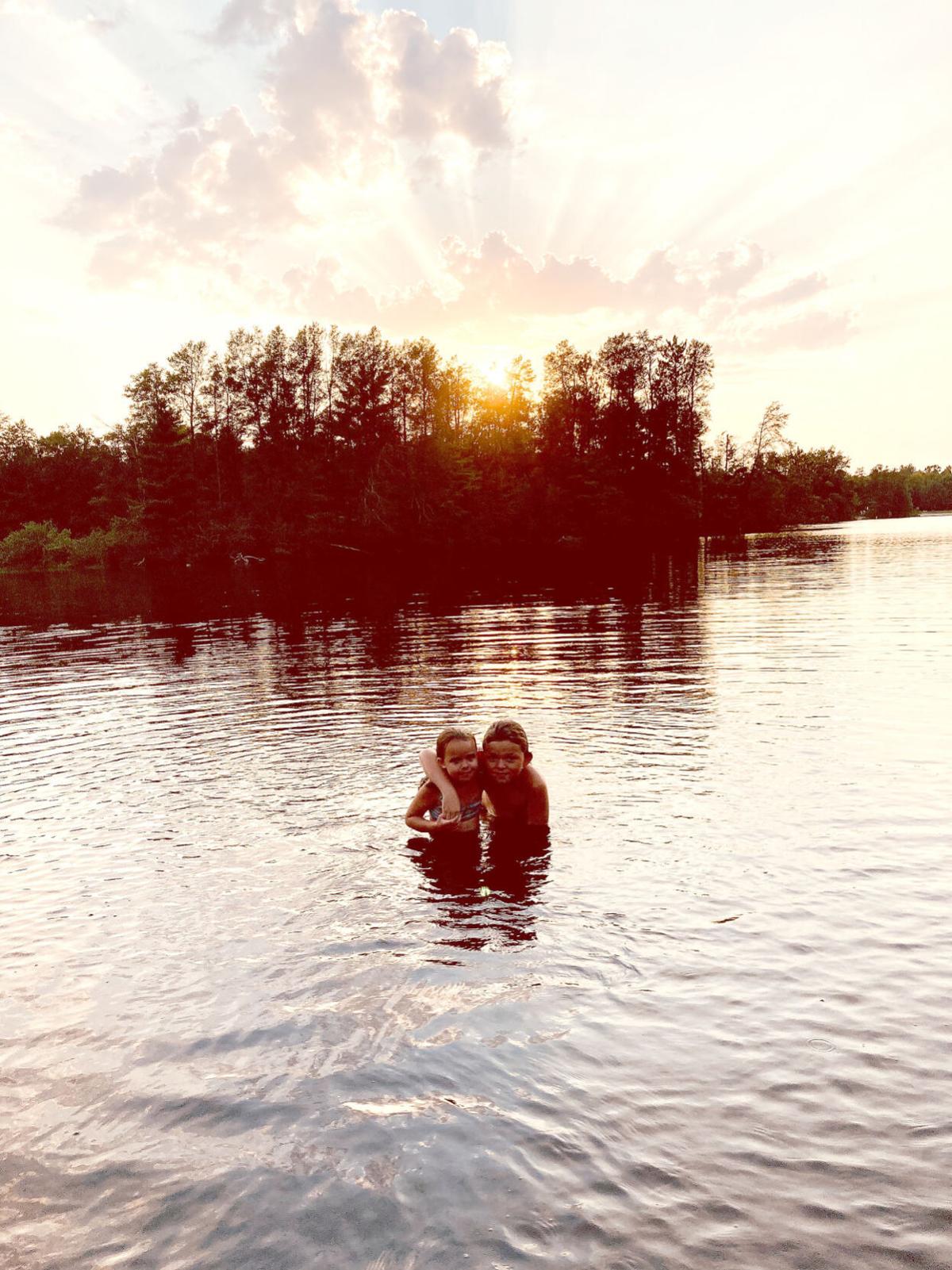 B.J. Hollars and his family visited Coon Fork Campground on an end-of-summer excursion. 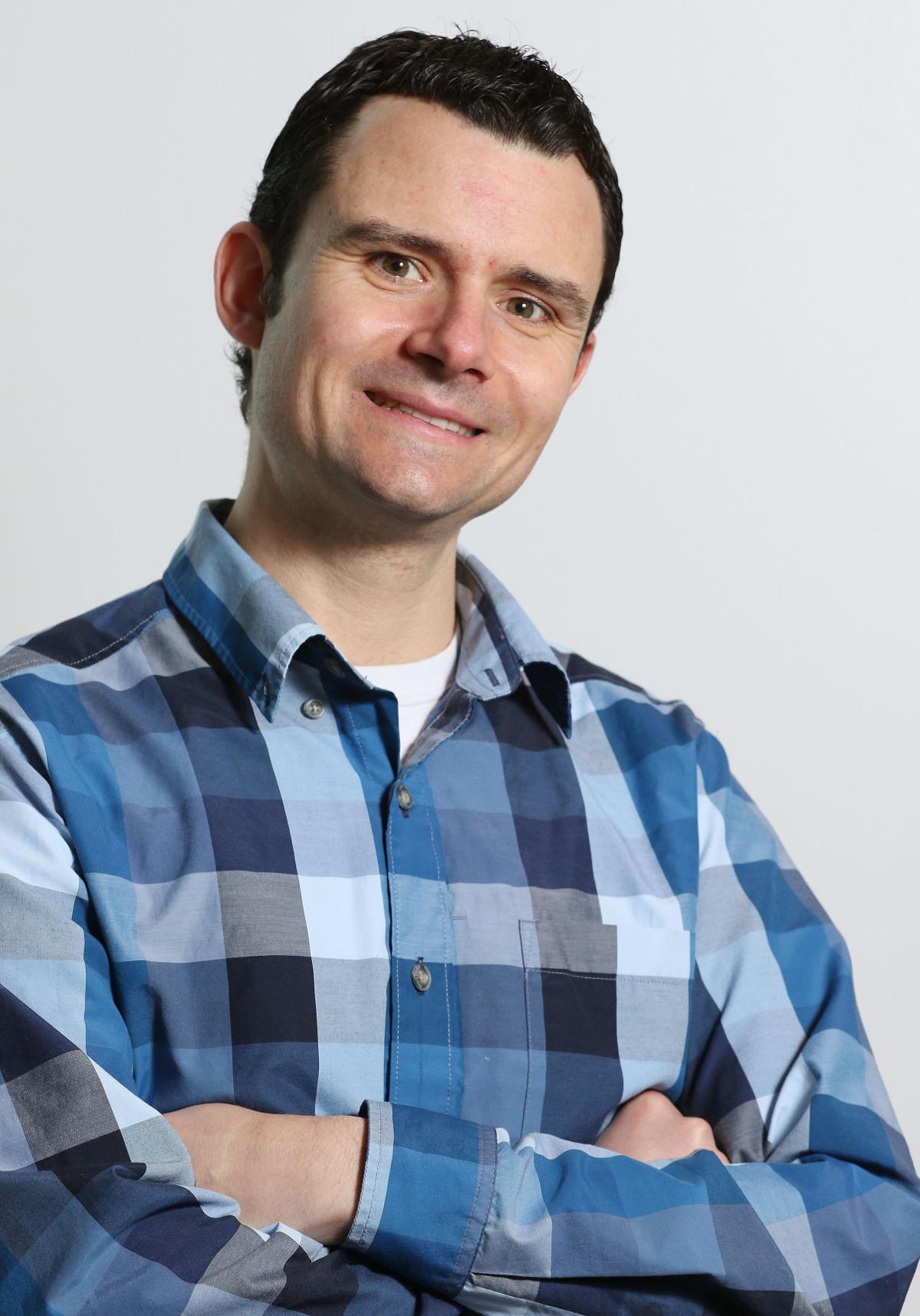 B.J. Hollars and his family visited Coon Fork Campground on an end-of-summer excursion.

With those famous words, Charles Dickens opened his classic novel, which, if you read no further, might very well be a book about camping.

Ah, camping! The foolhardiest of summer traditions! The chance to dust off the tent, unfurl the sleeping bags, and pretend, for a brief moment, that we enjoy the outdoors.

Of course, all the better if you actually do. And I do. I think. When all the conditions are right.

All the conditions certainly seemed right that Monday afternoon in late August, as my eldest children and I pulled into our luxuriously sized campsite at Coon Fork Campground 30 miles to the east of Eau Claire. Standing at the edge of our site, we peered out at the glistening 62-acre lake stretched before us, while overhead, the birds welcomed us with song. My 8-year-old shimmed beneath my left arm, my 6-year-old daughter took refuge beneath my right. Together, we all inhaled a gallon-sized breath of cool, Wisconsin air.

It was the best of times, indeed.

Right up until the storm struck a few hours later, sending us speeding back to the comforts of our home.

Returning to our site the following morning, I was relieved to find that the weather gods had taken pity on us. Our tent had not become a houseboat as I’d feared, merely a waterbed. No matter. It was nothing 10 absorbent towels couldn’t fix.

Plus, it gave our trip purpose, while also providing me the opportunity to use the phrase, “It builds character,” more than my children cared to hear.

Our return to Coon Fork the morning following the storm came with an added challenge: our 9-month-old baby, who was destined to enjoy her first day of camping while my wife was at work. Perhaps “enjoy” is too strong a word. Perhaps “endure” is more accurate.

Endure she did, suffering little more than a forehead scrape after a topple from the cooler while Daddy attempted (and eventually succeeded!) in putting out an unplanned fire emanating from the cook stove.

Following the storm, and the fire, and the fall, we were treated to yet another character-building activity later that afternoon, when my son fired a wayward foam arrow into the uppermost branches of the tallest pine on planet Earth. His lip trembled, his eyes grew wet.

“Never fear,” I said. “This looks like a job for Super Dad!”

Returning to my caveman roots, I reached for every rock in sight, then began hurling them indiscriminately toward the treetops, only to be reminded — moments later — that the laws of gravity remained intact, despite what that foam arrow suggested. After dodging the rock shower, I turned my attention to a nearby football.

“Watch and learn,” I said with the confidence of a man sure to make a fool of himself. I threw a perfect spiral, which landed — and held — in the outstretched arms of that tree.

More determined than ever, I next threw the Frisbee, then the lantern, then my car keys, until, at last, that white pine began resembling a Christmas tree displayed in a sporting goods store.

(Just kidding, I had the good sense to stop at the football.)

Rather than catapult more camping gear, I returned to my rock hurling. At last, one struck true, felling that football to the ground, and instilling within me enough character to last a lifetime.

When my wife and the puppy pulled into our campsite moments later, she witnessed a scene pulled not from the pages of Dickens, but William Golding’s “Lord of the Flies.” We were scraped, sunburned, hungry, tired, and maybe a little feral, too.

Sometime after midnight, we woke to the sound of a pack of interloping raccoons slurping the dregs of our Arizona Iced Tea. That wasn’t a problem. The problem was taking place inside the tent, where my wife searched frantically in the dark for a diaper.

We searched by cellphone glow as the baby’s discomfort grew.

“I think one’s in the van,” my wife whispered at last. Sighing, I untangled myself from my sleeping bag, high-stepped over the snoozing puppy, tripped on the lip of the tent, tipped my hat to the guzzling raccoons round the campfire, and retrieved the diaper as directed. Then I reversed course — past those raccoons, over the tent lip, and atop that snoozing puppy. Proudly, I handed the diaper to my wife.

“And the wipes?” she asked.

That night, the stars hung low in the sky, detailing a near-perfect constellation map which had captured my son’s attention for the last half an hour before bed. I’d pointed out every constellation I knew, then fabricated a few others just to hold us there awhile longer.

After retrieving the wipes, I lingered, once more, on the edge of that star-filled lake, listening to the nighttime serenade which we city folks are quick to forget: the thrum of locusts, or crickets, or some other insect I probably couldn’t name.

It wasn’t the sound, but the stillness, that stays with me. We had reached the last gasp of summer, the proverbial “calm-before-the-fall storm.” And this fall, that “storm” was looking stormier than usual.

For months, my wife and I — along with every other parent we knew — had tied ourselves in knots trying to decide on the safest way to educate our children in the time of a pandemic. Given that my wife and I are both teachers ourselves, we knew that keeping the kids home would hardly protect them. And so, we’d mask them up, remind them that six feet is the length of a pool noodle, and send them off to school. And then, we’d wait. And hope that the pandemic gods were as merciful as the weather ones.

But for that brief, still moment alongside the lake, all future anxieties were put on hold. For that moment, all I had to worry about was whether those boorish raccoons would remember to clean up their empties.

I took in one last gallon-sized breath before returning to the tent, where, upon entering, I saw my entire world snoozing safely together. I reached for my sleeping bag, only to find that the puppy had since claimed it as his own.

Finding a spot on the tent’s damp floor, I reached for a towel, closed my eyes, and smiled.

It was the best of times, indeed.

Hollars is the author of several books, most recently "Midwestern Strange: Hunting Monsters, Martians, and the Weird'' and "The Road South: Personal Stories of the Freedom Riders." He is a professor, arts advocate, husband, father, son and dog walker. Follow him on Instagram, Twitter or Facebook @bjhollars.