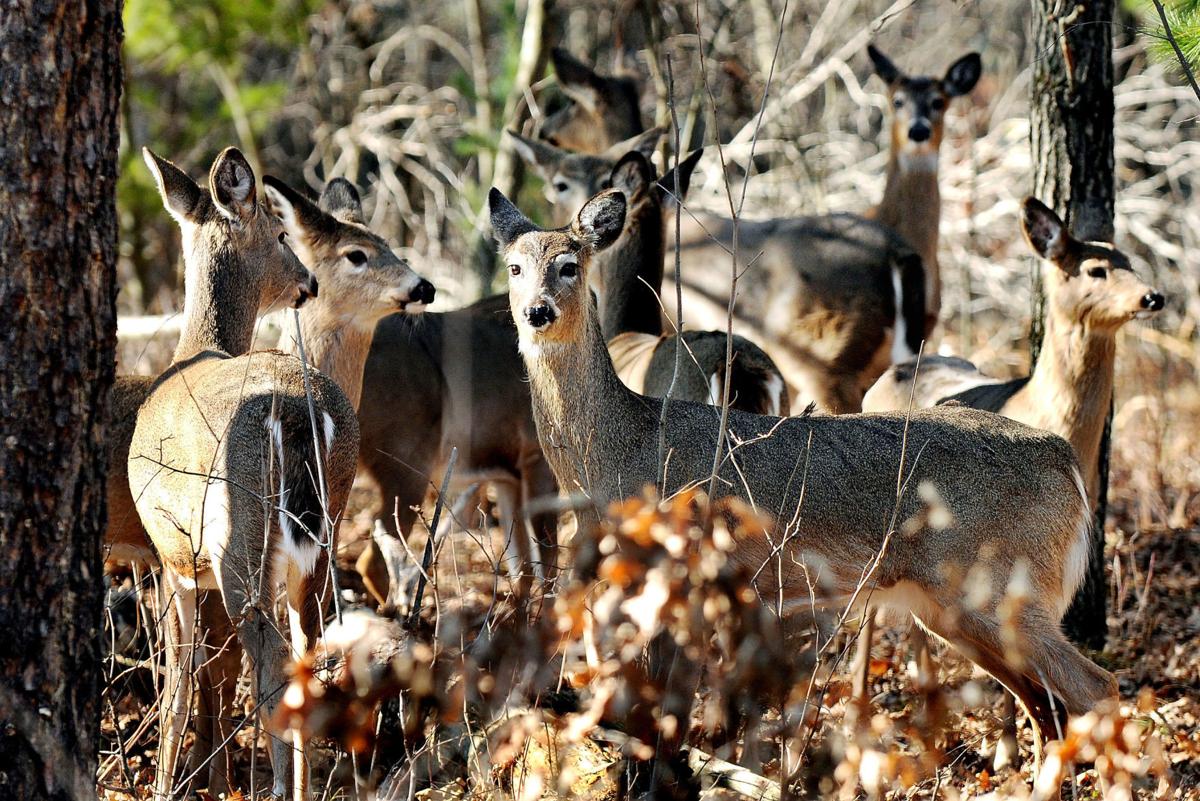 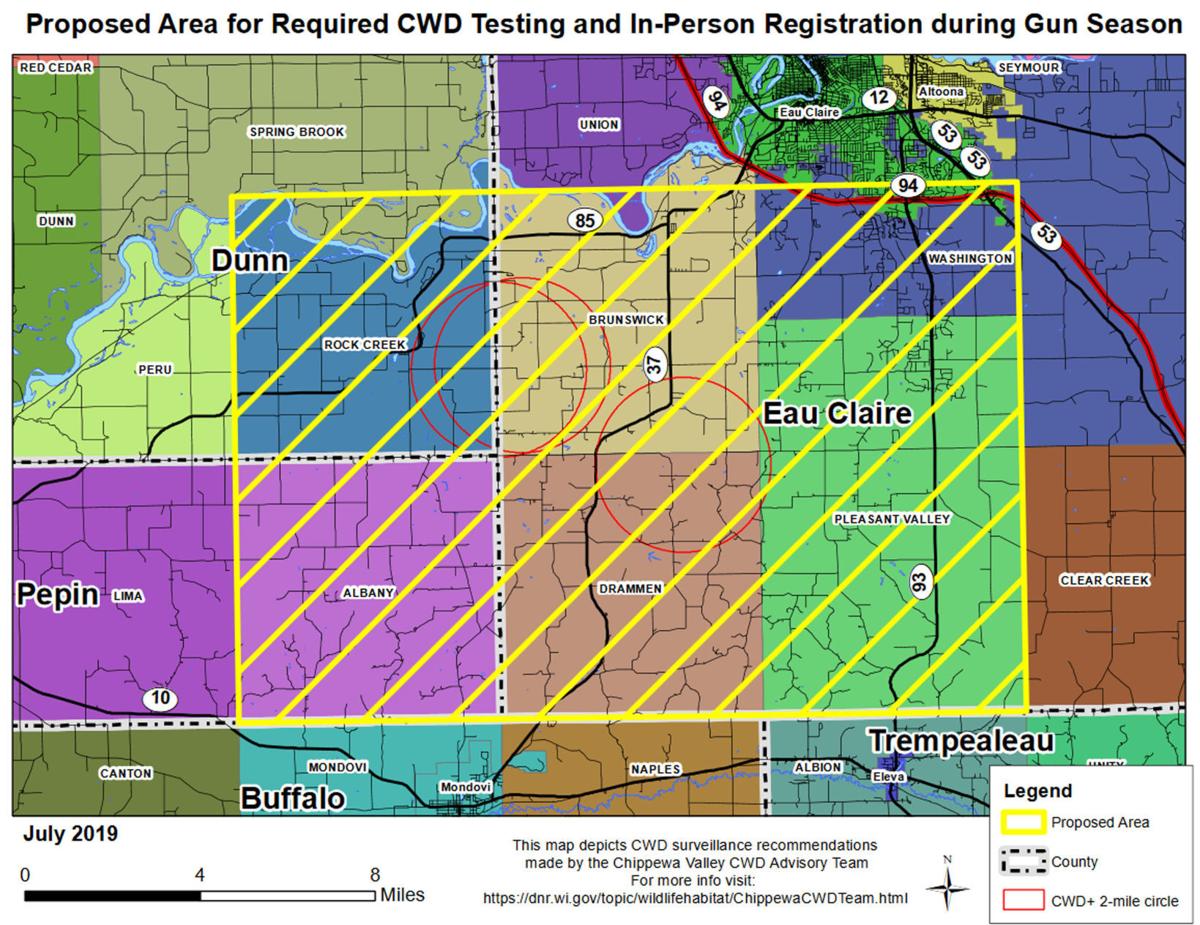 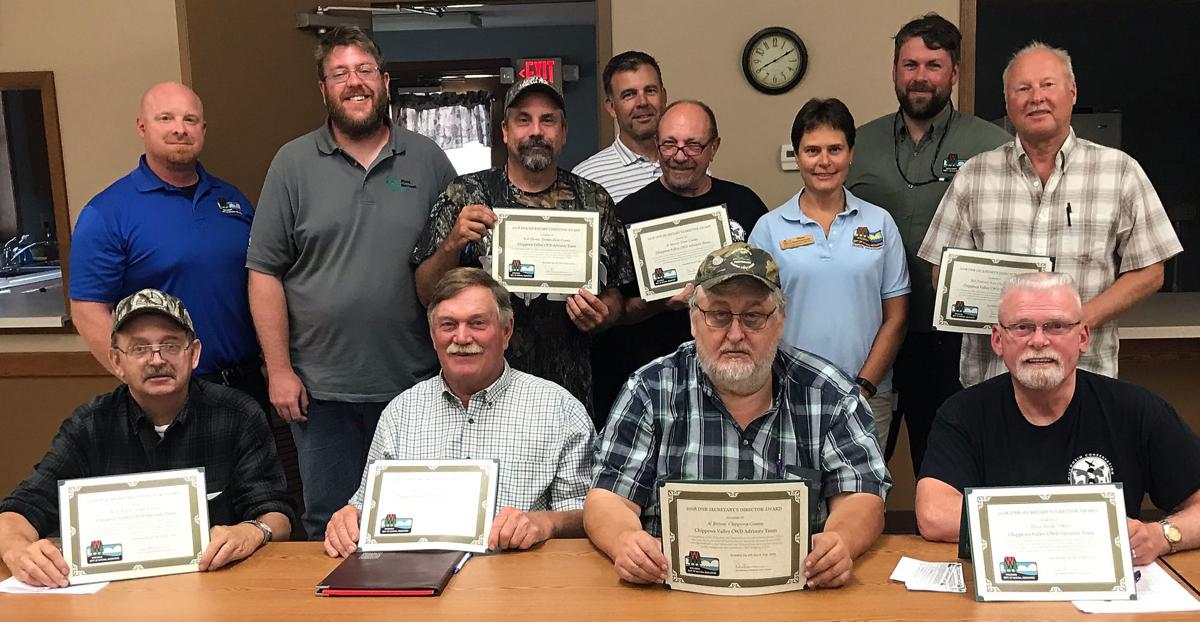 ROCK FALLS — Hunters in parts of Eau Claire, Dunn and Pepin counties will be required to have deer killed during the nine-day gun-deer season in November tested for chronic wasting disease if the Wisconsin Department of Natural Resources implements the recommendations the Chippewa Valley CWD Advisory Team put forth at the group’s July 16 meeting at Rock Creek Town Hall in Rock Falls.

The Advisory Team also recommended requiring in-person deer registration for the first three days of the nine-day gun season and a continuation of surveillance permits available from Sept. 1 to March 1 in an focus area that would be expanded from the 2018 area.

“It’s been a while since there’s been mandatory testing for CWD in the state,” said DNR Wildlife Biologist Bill Hogseth. “This would be breaking new ground.”

Recommendations made at the July 16 meeting will now go to the DNR for review. If the DNR adopts the recommendations, the new rules would go into effect by November for the 2019 gun-deer season.

“Then we’ll really have to start getting the word out and letting people know what’s happening,” Hogseth said. “We live in a day and age when we feel like information travels fast, but it doesn’t always. We want to get ahead of the curve and get the word out as soon as possible.”

The Advisory Team reviewed 75 public responses to an online questionnaire regarding the CWD plan the group presented at their June meeting and found about two-thirds of respondents agreed with the plans, according to Advisory Team Chairman Dave Zielke of Eau Claire County.

“It was a pretty good indication that overall there is support for what we’re trying to do, which helps us in making our final decision,” Zielke said.

“Having a really engaged team of citizen leaders at the table helping us make the decisions makes everyone feel more comfortable that public feedback has been heard along the way,” Hogseth said. “This isn’t just a decision coming from the agency in a vacuum, it follows a process with a lot of feedback, and everybody’s had a chance to talk.”

The six townships that would require hunters have their deer tested are all within two miles of a site where a CWD-positive deer was found and include portions of southwestern Eau Claire County, southeastern Dunn County and northeastern Pepin County. The Wisconsin DNR offers free testing for CWD.

With mandatory testing during the 2019 season, Hogseth said the DNR may be able to determine prevalence of chronic wasting disease in the area.

“For an area that size, our models say we’d need about 600 deer tested to start talking about prevalence and start estimating the number of infected individuals we’ve got here,” Hogseth said.

Testing outside of the six townships that would require testing would continue to be voluntary but recommended through all deer hunting seasons in Eau Claire, Chippewa, Dunn, Pepin, Buffalo and Trempealeau counties, the counties covered by Chippewa Valley CWD Advisory Team.

“I don’t believe there has been enough scientific research done on CWD and how it’s withing the deer herd or how it might down the line be transmitted to people,” Zielke said. “Those studies need to be done and we need to support it. Hopefully the state and federal government can get involved in studies so we can understand this disease better. This is a tough one.”

“When this nomination came across my desk, I had to smile because, of all the groups we’ve worked with in the last year, I couldn’t think of one that has done more selflessly to help further the department’s mission,” Baumann said. “They represent all the hunters and the people who care about natural resources in their counties.”

The team was formed in response to the CWD-positive deer that was discovered in Eau Claire County in March 2018 and met for the first time a month later. The purpose of the team is to serve as an advisory body to the DNR regarding local CWD surveillance and management.

“Each of these guys is really intimate with deer management in their counties,” Hogseth said. “We felt really confident in bringing them in and helping us navigate the right way to respond to CWD, because it’s a tricky issue. There’s not a silver bullet answer to this problem.”