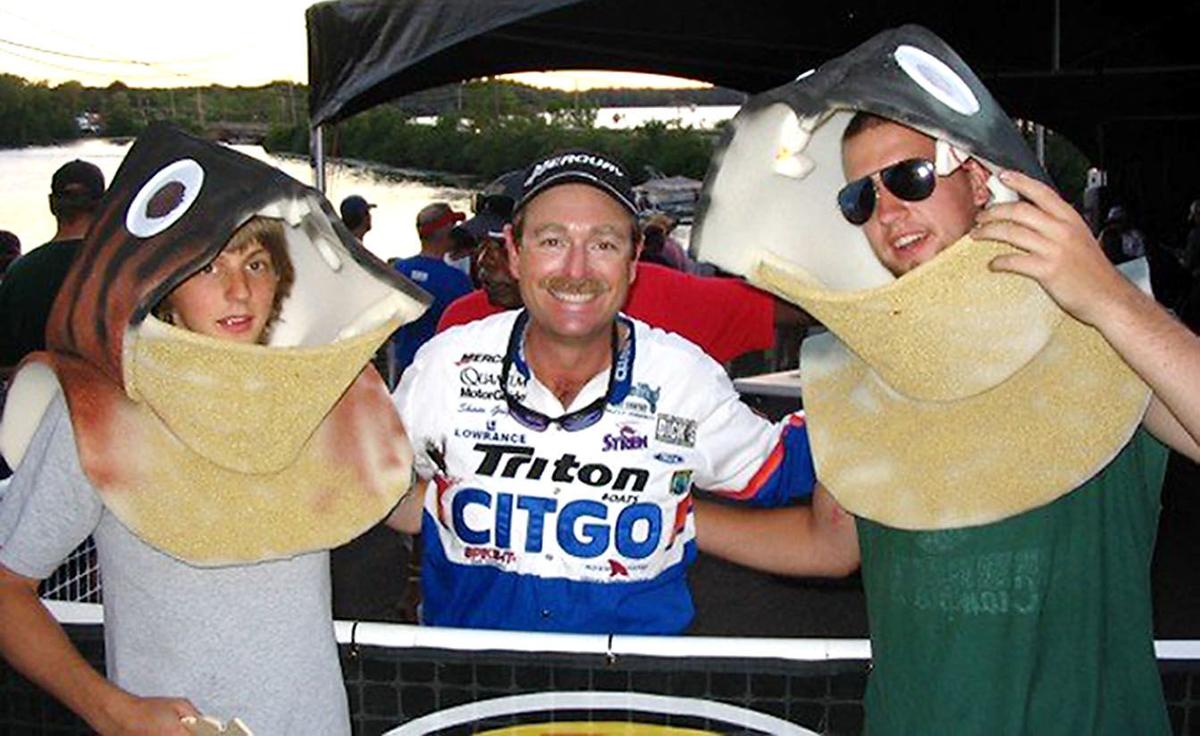 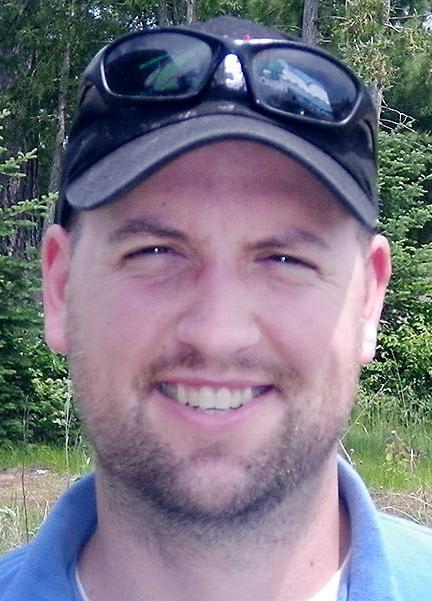 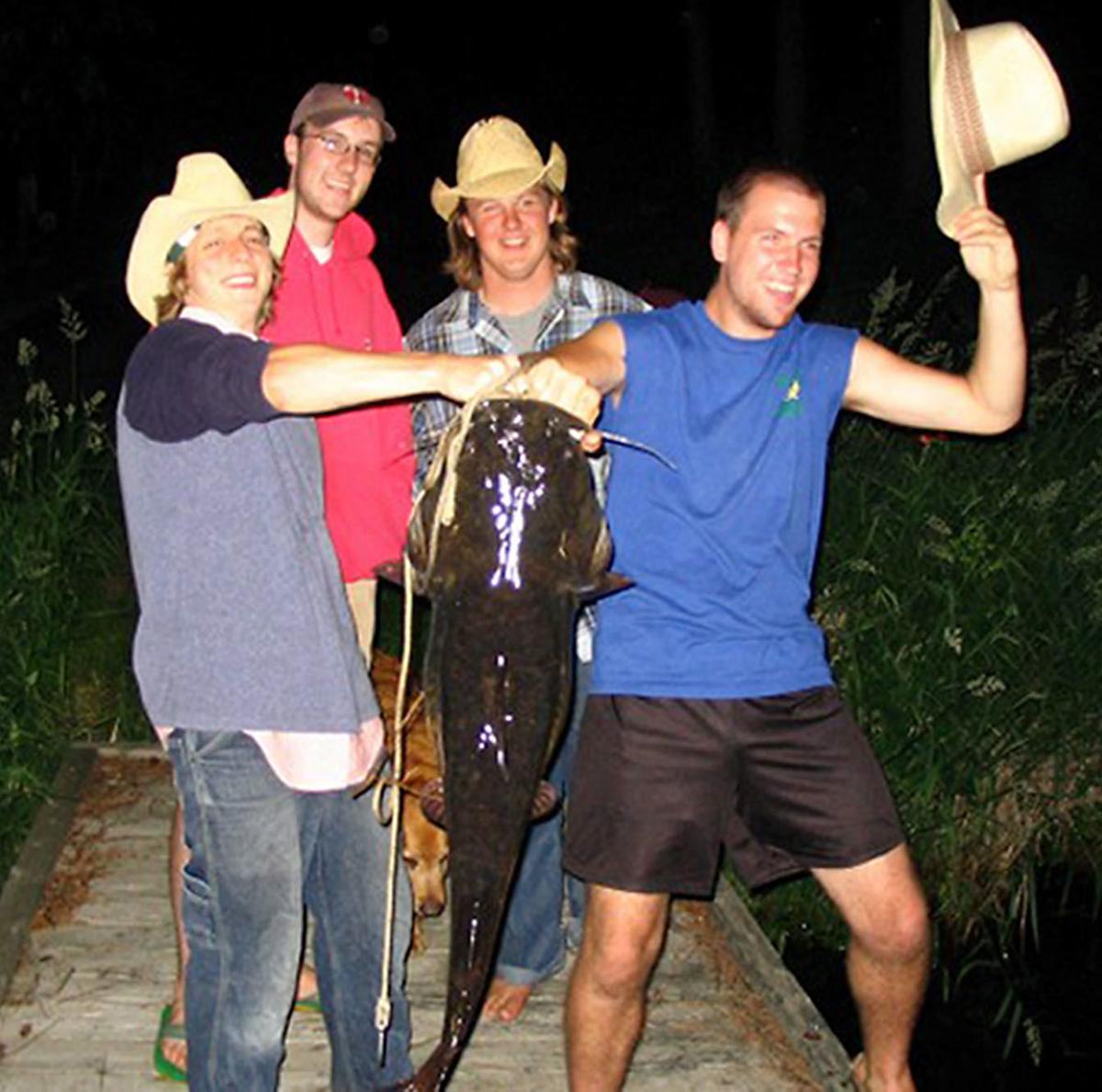 High school friends were jubilant to land a big flathead catfish on a hot summer night in the mid-2000s. From left are Art Bernhardt, Kevin Beiging, Frank Anderson and Max Wolter.

High school friends were jubilant to land a big flathead catfish on a hot summer night in the mid-2000s. From left are Art Bernhardt, Kevin Beiging, Frank Anderson and Max Wolter.

As teenagers growing up in Chippewa Falls, my friends and I discovered catfishing by accident.

It started when we caught a channel catfish while walleye fishing off my friend Art’s dock on Lake Wissota. When Art reeled in that thick whiskery “kitty,” we felt our whole fishing universe expand. There was a profound realization that there were other things out there than walleye, panfish and the typical species the old guys at the bait store talked about. Catfish quickly became our new obsession.

Lake Wissota is an impoundment of the Chippewa River and holds native populations of channel catfish and the much bigger flathead catfish. While these species are similar in some ways, including sharing the same fishing regulations in most places, there are some key differences. Channel catfish typically top out at about 10 pounds (the Wisconsin state record is 44 pounds). They will eat almost anything, including aquatic bugs, fish (live or dead), and any of the various “stink baits” that anglers use, which can range from chicken livers to really horrid-smelling commercial formulations.

Flathead catfish, on the other hand, get much larger, up to 30 pounds commonly (our state record is 74 pounds), and they achieve this size mostly by eating live fish.

To begin our pursuit of these mysterious creatures, we cobbled together some “catfish rigs.” These required heavier rods, line you could hang laundry on, sinkers like cannonballs and hooks big enough to moonlight hanging from the ceiling of a slaughterhouse. These were the days before you could research anything on YouTube, and our whole process was true trial and error.

This was also much more social fishing than our usual adventures. Most nights we’d make a fire on the shoreline where we fished, and sometimes up to a dozen friends would filter in and out throughout the night. These are some of my favorite memories of the whole experience. Frank would bring a guitar to occupy the space between conversations. Mike often had firecrackers that he would secretly light off nearby to startle us all. Kevin was once sent tumbling to the ground after he broke a plank on the picnic table bench while trying to cozy up to a girl. These were formative times in our lives, which is why I don’t just remember the fish we caught, but also the people we fished with, all of which are still close friends.

Our system for “detecting” bites during these fishing adventures was comically awful. Basically, we’d run a rope through openings in the reels and loop the rope off on the end of the dock. After casting the baits out, we’d set the rods down about five feet from the end of the dock and go hang out by the fire. When we heard a rod sliding across the dock, we knew we had a bite because a catfish was dragging it towards the water. From there it would be a mad dash down to the dock to grab it. If we weren’t fast enough, the rope would (usually) give us a chance to pull the rod back out of the water. Yes, there were much better ways we could have done this. But hey, it was high school, there were a lot of things we didn’t have figured out at that point.

Our choice of bait often determined what kind of catfish we would catch. Cut up pieces of fish consistently produced channel cats, with our biggest being around 17 pounds. The flatheads wanted live bait, and our typical offerings were medium-sized bluegill or large creek chubs.

Getting a bite on a large chub could only be one thing: a large, bulldozing flathead. But what happened after we got that bite was always an unknown. It was either the beginning of a bruising 30-minute battle or the devastation of finding out it had already run the line through a snarl of stumps. When we finally landed our first big flathead, after a series of now-predictable failures, you would have thought we’d harpooned Moby Dick.

For a week in June of 2005, our catfishing took on national importance (to us, at least). During that week Lake Wissota hosted the Bassmaster Elite 50 Series. Art and I took off work for the whole week and basically adopted a 24-hour fishing lifestyle. By day we watched the bass pros, mostly southern boys, flail around on our strange little (to them) northern lake. We went to the weigh-ins every afternoon. We even made giant foam bass costumes. We became friendly with a few of the pros, including legendary angler Shaw Grigsby Jr. We invited Shaw to come over for dinner, and maybe I’m naïve, but he seemed pretty close to accepting.

And every night during that tournament week, we catfished.

Coincidentally, this was a week that we had a lot of luck with the cats. Art reeled in our biggest ever, a 40-inch flathead with a belly like a medicine ball. We decided to keep it, and tied it up to a dock post until we had an opportunity to clean it. As we sat on the dock contemplating our next move, Shaw Grigsby Jr. came down the shoreline in his boat, casting a jig under the neighboring docks. We said “hi” to Shaw and asked if he remembered us from the weigh-in the day before. He didn’t, until we told him we were the ones in the big foam bass costumes. Then a big smile shot across his weathered face. We asked him how fishing was, and he seemed unimpressed with his performance for the day. He asked us how our fishing had been. On cue, Art grabbed the rope and hoisted the massive flathead catfish from the murky water. Shaw just about fell off his boat.

It’s now been many years since our days of serious catfishing. But I checked in with my colleague, Joseph Gerbyshak, who manages Lake Wissota for the Department of Natural Resources, and he assured me that the catfish are doing well, even if they are largely unappreciated. “The flathead fishery pretty much flies under the radar,” Joseph said. He also passed along a few pictures from their most recent survey, and seeing some of the big flatheads they tangled with really took me back.

Joseph shared a take on Lake Wissota catfish that should be tantalizing for anyone looking for fishing adventures similar to those my friends and I had growing up: “It’s crazy that more people don’t fish for these things. Where else can you have an opportunity to catch a 30- or 40-pound fish anytime you go out?”

Wolter is the Department of Natural Resources senior fisheries biologist in Sawyer County and a lifelong angler.