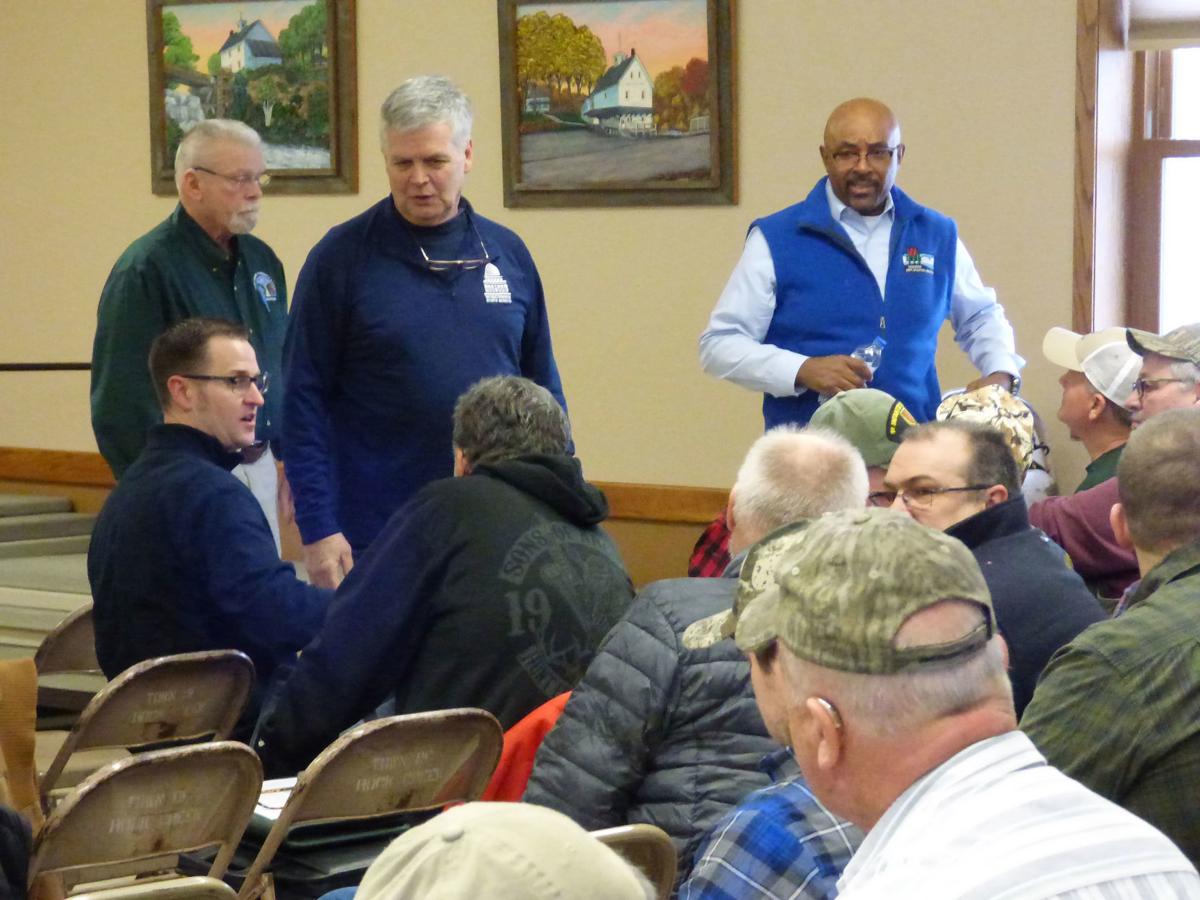 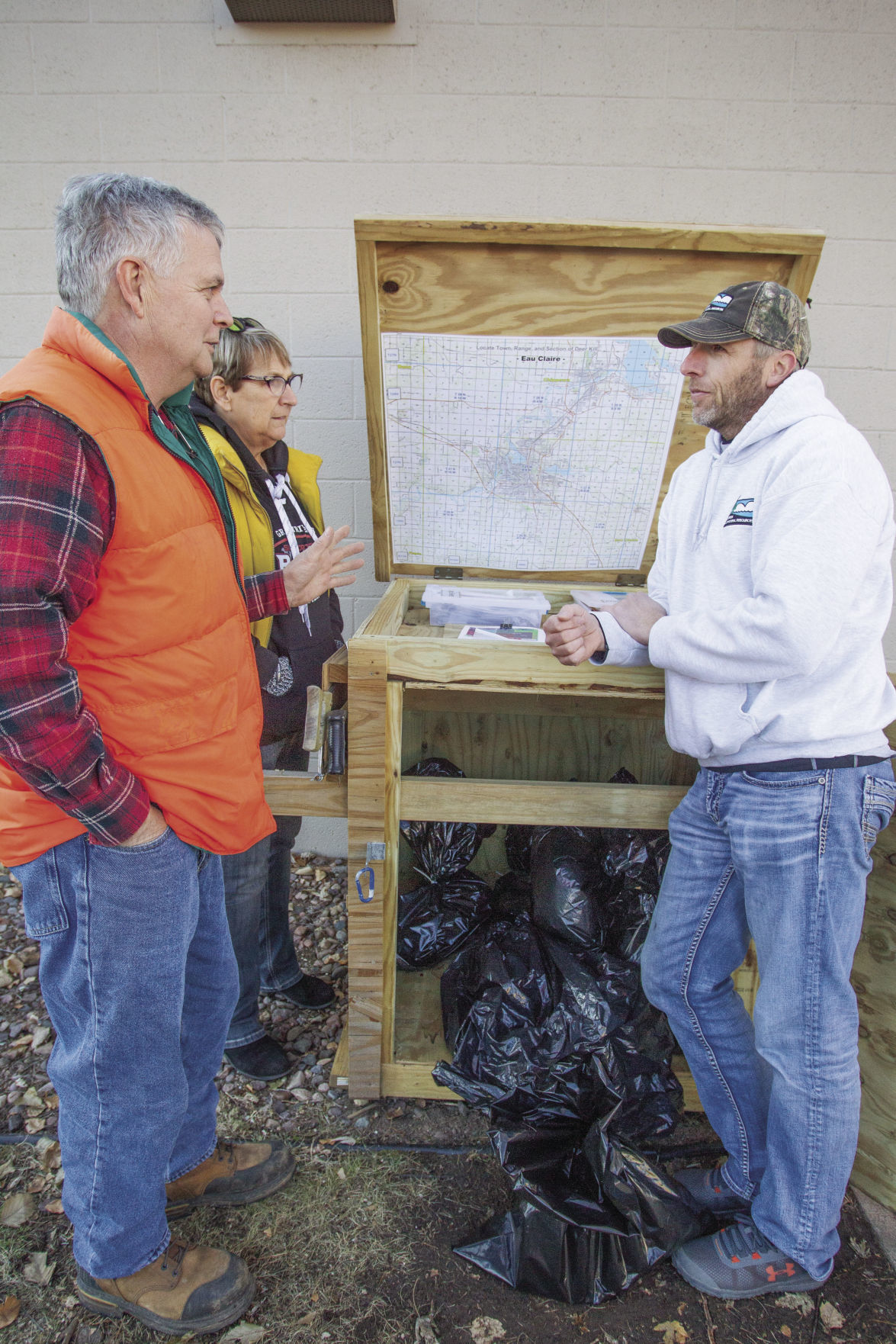 ROCK FALLS — The Wisconsin Department of Natural Resources is doing what it can to understand the affect chronic wasting disease is having on the state’s wild deer population, according to Wisconsin DNR Secretary-designee Preston Cole.

A major obstacle the DNR is facing when it comes to its CWD research efforts, Cole said, is hunter buy-in.

“Culturally, we’re upside down in terms of processors saying they aren’t going to process deer that are tested for CWD and hunter apathy, they don’t care about CWD one way or another,” Cole said to more than 50 people in attendance Jan. 23 at a CWD update meeting at Rock Creek Town Hall. “People aren’t getting their deer tested for a reason. We need to talk to those individuals who harvested deer and ask them, ‘What is it? What are you afraid of?’ They know why they didn’t get their deer tested. We need to know those reasons.”

CWD is a fatal neurological disease of deer, elk and moose, was first identified in southeastern Wisconsin in 2002 and has been spreading ever since. The disease has been detected in five wild deer in Eau Claire County since fall 2017, including a mature buck killed in October, and the state Department of Natural Resources confirmed the first positive test in Dunn County in November.

Overall, deer harvest numbers were down for the 2019 nine day gun-deer season. DNR Natural Resources Area Supervisor Jess Carstens said there were several possible reasons for the decline in number of deer taken, including the later than usual season and less-than-ideal hunting conditions throughout the season.

From a CWD testing perspective in Eau Claire, Buffalo, Chippewa, Dunn, Pepin and Trempealeau counties — the six counties within a 10-mile radius of where a CWD positive wild deer was discovered in 2018 — the DNR has sampled 1,782 deer for testing so far this year, up from 1,663 in 2018.

“There’s a very strong interest in hunters getting their deer tested,” Carstens said. “We had excellent turnout for sample submissions.”

The Chippewa Valley CWD Advisory Team recommended in July that hunters in six west-central Wisconsin towns be required to have their deer tested for CWD during the entire nine-day gun deer season. The DNR announced in September it would implement the recommendations, but then the Natural Resources Board overturned that decision Oct. 2 and made testing voluntary rather than mandatory in the area.

In the surveillance area around where first CWD-positive deer was detected — including the towns of Rock Creek, Brunswick, Washington, Albany, Drammen and Pleasant Valley in Eau Claire, Dunn and Pepin counties — samples dropped from 238 in 2018 to 167 in 2019.

CWD is caused by an abnormal protein called a prion, which causes brain degeneration in infected animals and leads to extreme weight loss, abnormal behavior and loss of bodily functions.

While there has never been a documented case of a human contracting CWD, the U.S. Centers for Disease Control and Prevention advises people not to eat meat from an animal that tests positive. The Wisconsin Department of Health Services recommends that venison from deer harvested in CWD affected areas not be consumed or distributed to others until test results are known to be negative.

“I sat down with professionals to start to understand what the disease really is. When you learn all of that, it’s scary,” said State Sen. Jeff Smith, D-Eau Claire. “Just because we haven’t seen it pass from animals to humans is really beside the point. It passes from animal to animal.

“We’re probably in a position where we have to make hard decisions about whether we’re ready to put in the effort to stop the spread or are we willing to take the risk?”

According to DNR Wildlife Biologist Tami Ryan, research in the southwestern part of the state where CWD was first detected may be beginning to pay off, and more testing in west-central Wisconsin is key to helping researchers get a handle on the disease. The future of deer hunting in Wisconsin could depend on it, Ryan said.

“That research is starting to show that deer with CWD are dying faster and at a steeper rate,” Ryan said. “And we know from areas out West where the disease exists that it is affecting deer populations to the point where concern is it’s going to reduce that resource and limit your opportunities.