Doug Burrows and his friends enjoyed many hunting trips. Friends called him a passionate game bird hunter and dog lover. 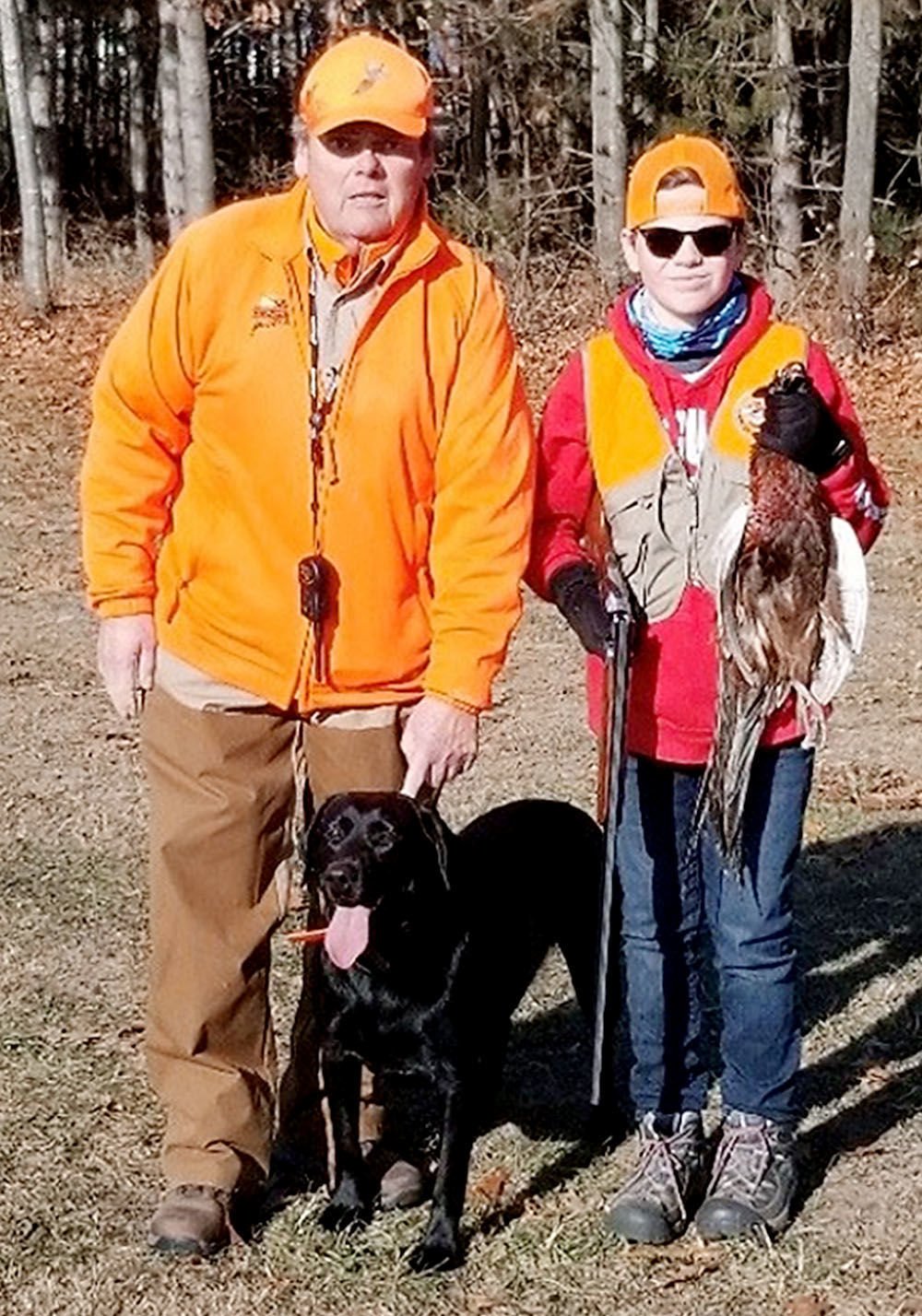 Doug Burrows and his youngest grandson Ethan were hunting on Nov. 9 at Zwickey’z Pheasant Farm near Chippewa Falls. 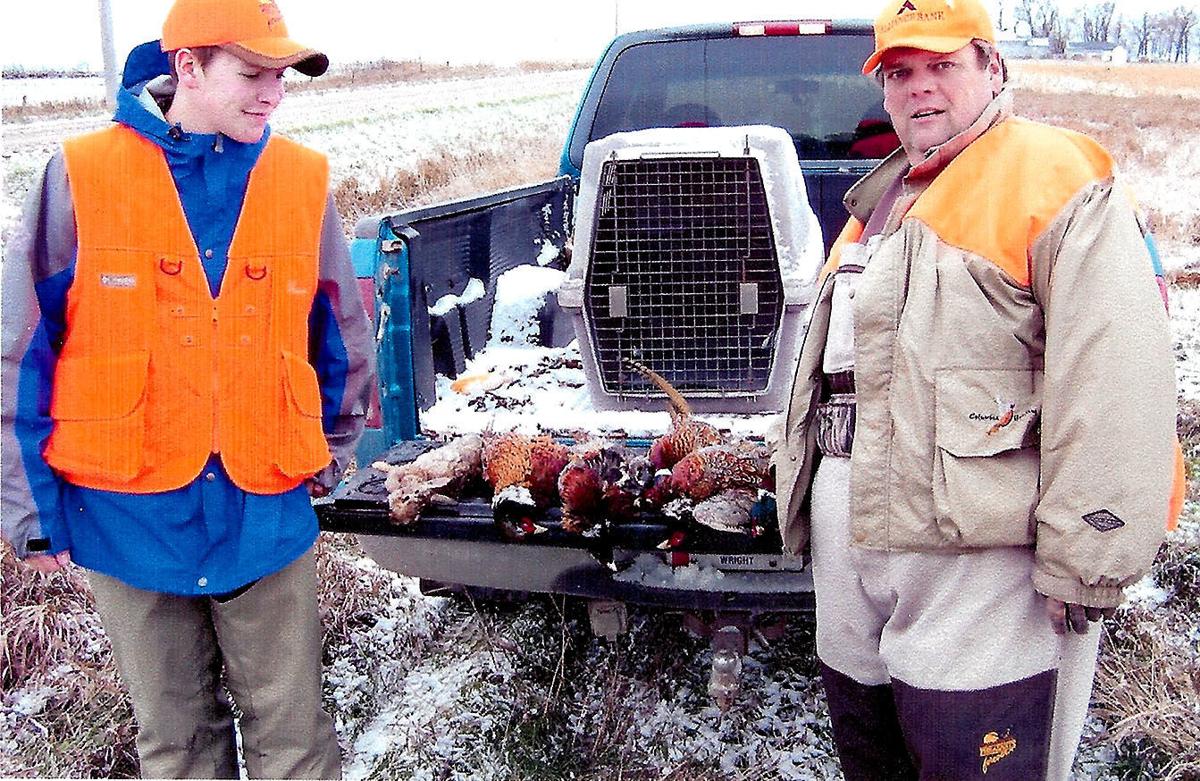 Doug Burrows and his friends enjoyed many hunting trips. Friends called him a passionate game bird hunter and dog lover.

Doug Burrows and his youngest grandson Ethan were hunting on Nov. 9 at Zwickey’z Pheasant Farm near Chippewa Falls.

One chair is open at a table at the Coffee Grounds in Eau Claire where for many years his hunting buddies gathered weekdays to plan their trips, talk about the past and hash over conservation issues.

There are silent pauses as they reflect on the passing of their longtime hunting companion, Doug Burrows. They wonder who will step up to take on the heavy time-consuming load of conservation work this hulk of a man carried, who will take his place in the field next fall.

Burrows, 67, who died of lung cancer Jan. 12, was a Pheasants Forever and trapshooting fundraiser organizer, an Eau Claire County stewardship visionary, a Community Table and Meals on Wheels volunteer for 20 years and an Eau Claire Rod and Gun Club legend. A passionate game bird hunter and dog lover, his cohorts said he was a creative motivator, a generous person.

“He put his whole life into those causes and helping people,” said Linda Burrows, his loving wife for 46 years. “He was semi-retired and glad to have that to do. He was a professional volunteer.”

“Doug put on a rough exterior but inside he was a softie,” said Bill Hamilton, a hunting companion for more than 25 years.

“Doug was a doer,” said Tim Schultz, an officer of PF’s Chippewa Valley Chapter at Eau Claire. “If a good idea was brought up at a meeting Doug was leading the pack on implementing it. He had a vision of how conservation should look in northwest Wisconsin and was always thinking of what was good for the chapter and never himself.”

His buddies said Doug always had an opinion, and if he talked long enough “you would wind up sharing it.”

He didn’t duck hunt but he spent a lot of time raising money for Ducks Unlimited and other wildlife organizations. When it came to spending what was raised, Doug would say, ”put the damn money in the ground (for habitat),” his buddies said.

Thanks to Burrows, years ago John Sackett got into league trapshooting and South Dakota and Iowa pheasant hunting and they became fast friends. They had to cancel their trip to South Dakota pheasant fields this year after Burrows was diagnosed with cancer and started radiation last fall.

“I’ve hunted with other people, but it always was special with Doug,” Sackett said, a friend of Doug for 35 years. “He was a generous person, but he kept most of (what he did) close to the chest. He had a great sense of humor and was opinionated, but not abusive.”

Doug was passionate about state and local conservation issues, and his efforts did not go unrecognized. He was the Wisconsin Pheasants Forever State Delegate of the year in 2016 and the Wisconsin Conservation Congress’ Conservationist of the Year in 2016. Besides promoting habitat projects, Doug spearheaded his PF chapter’s hunts for ladies and youths, exposing hundreds of people to these activities.

“It was Doug’s greatest pleasure to meet people and be a leader/organizer for his passions so his passion would live on beyond his years,” Linda said.

“Doug had a way of envisioning something good for conservation and then getting people around him to get it accomplished,” said John “Duke” Welter, a Trout Unlimited outreach coordinator at Viroqua. “He embodied the outdoor person who is a hunter, a conservationist and an environmentalist.”

Mike Keil was his boss at Bothun/Eau Claire Auto Group for 25 of the 35 years Doug worked at the business.

“He was one of the friendliest guys,” Keil said. “All he wanted to do was help people. He’d raise money for a cause or use some of his own to make it happen. We could always use Doug as a sounding board. He knew everybody in the community.”

Doug’s pet projects include expanding the 800-acre Hallie Marsh Wildlife Area in Chippewa County and preserving a 60-acre tract in Eau Claire County adjacent to the rod and gun club as a hunting dog training facility.

Recalling how Burrows patiently helped arrange a state Knowles-Nelson Stewardship Program funded purchase of a sensitive 40-acre tract along the lower Chippewa River, outdoor writer Joe Knight of Eau Claire said: “The foresight of Doug and others helped keep (the land) wild and open to the public forever.

“My lasting impression of Doug was that he always seemed to have a smile on his face, even if some contentious issue was being debated,” Knight said. “I think he got more results with a smile than banging on the table. He will be missed.”

“He was a tremendous, caring man,” Webber said.

All in all a big man, with a big heart and a big investment in conservation.