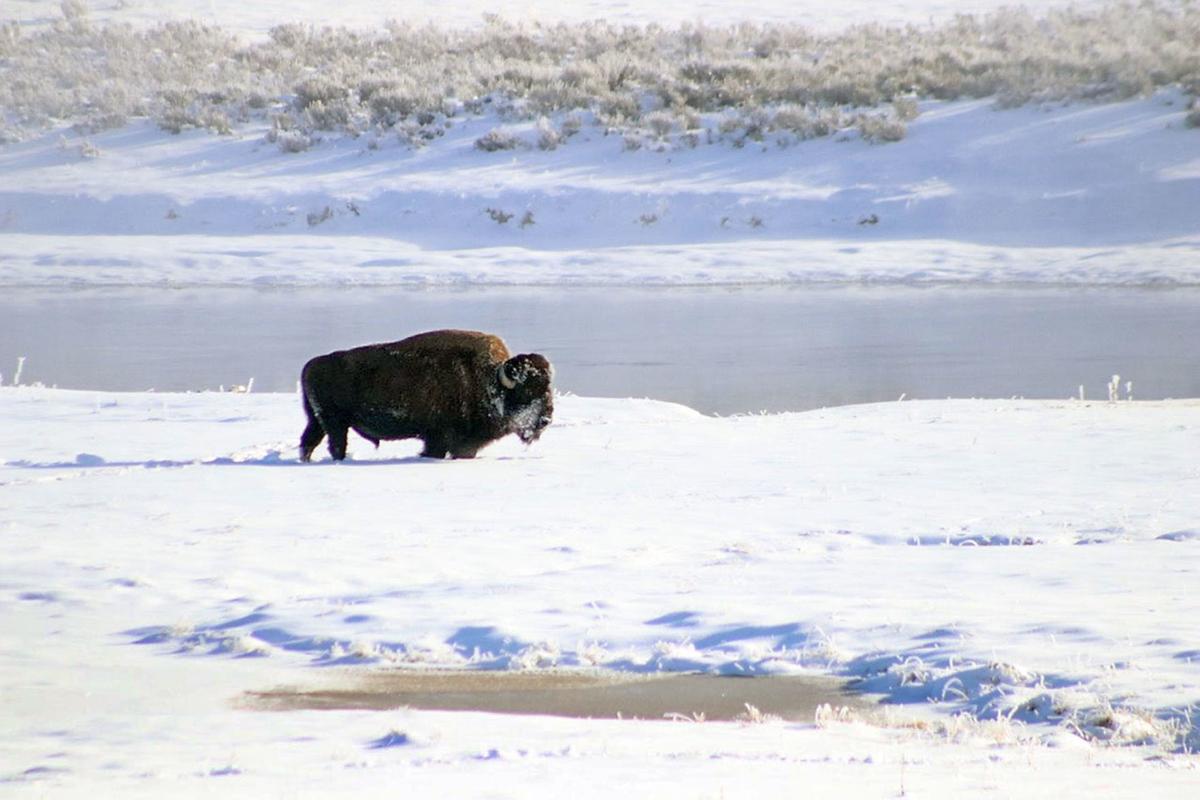 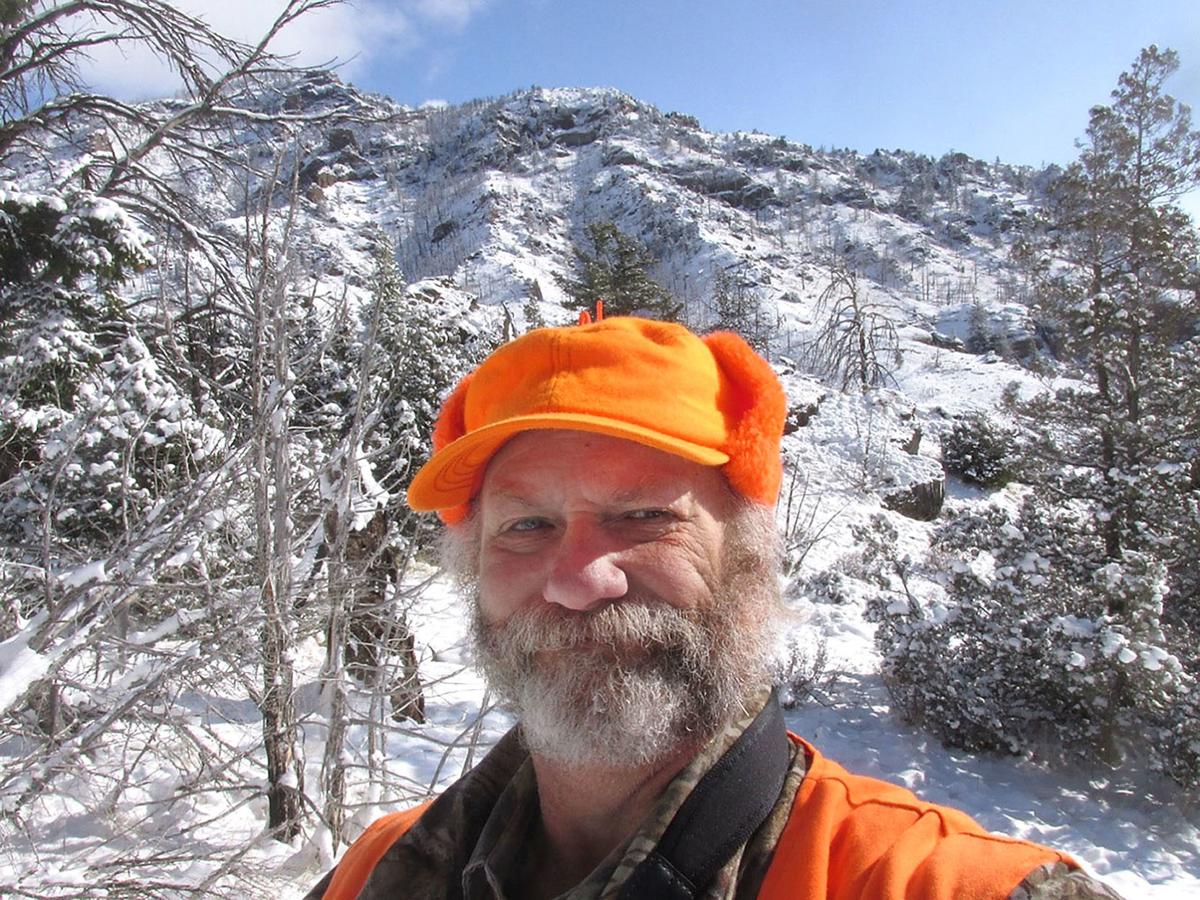 Outdoors writer Bill Thornley has been a regular hunting in Wyoming for 36 years. 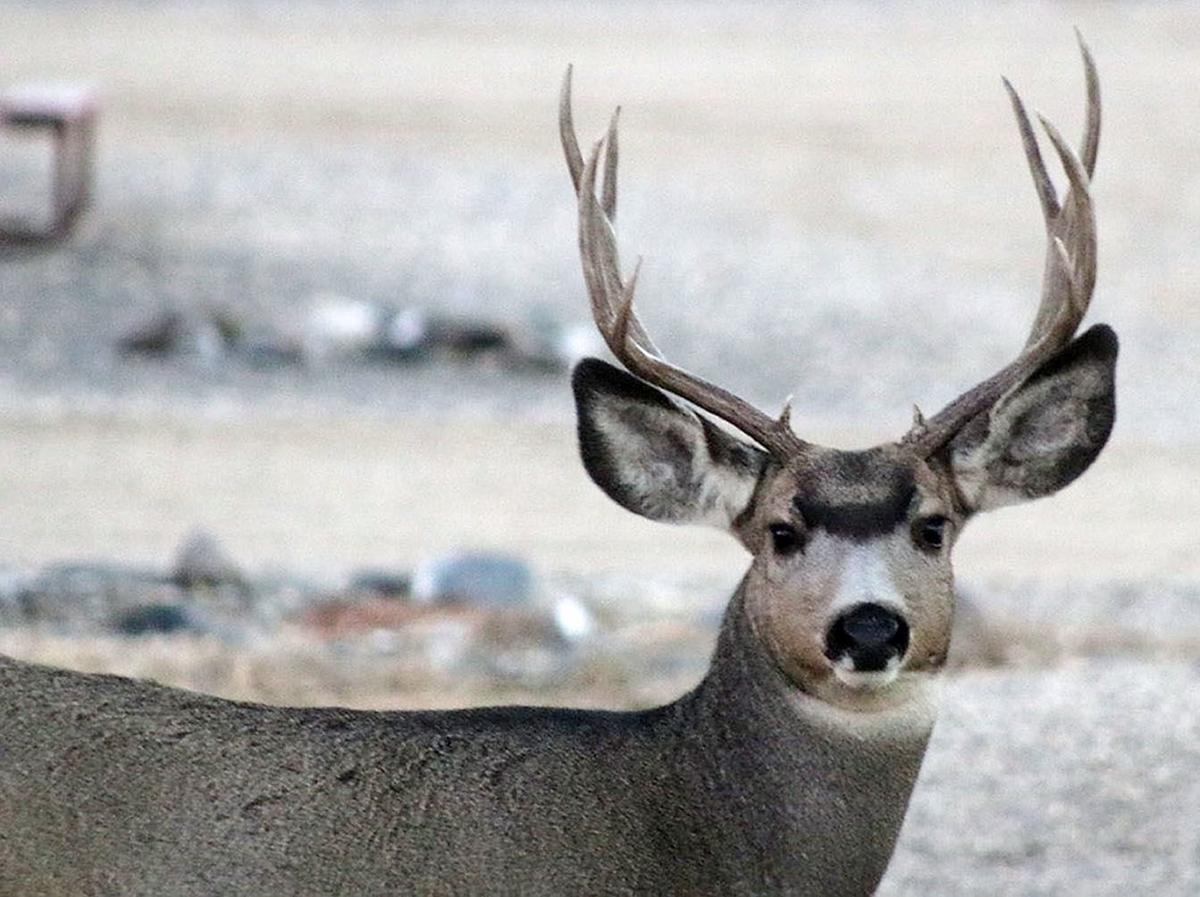 Outdoors writer Bill Thornley has been a regular hunting in Wyoming for 36 years.

CODY, Wyo. — For the past three years our hunting trip to Wyoming had fallen victim to hot, dry temperatures that kept the mule deer hidden high up the back country mountains near Cody in the dark timber. Our chances for downing a nice heavy-antlered buck were very slim.

We kept hearing, “You should have been here a couple weeks ago. We had lots of snow and the deer were all over!”

Somehow, this didn’t make our hunting group feel much better. Still, in our 36 years of hunting Wyoming, we have encountered pretty much every kind of weather conditions.

Late summer weather reports from the area were encouraging this year. Snow, and lots of it. Just right for getting the deer — including the bigger bucks — moving. Plus, a white background makes it a lot better for spotting the bruisers. As our departure date of October 22 approached, we were hopeful.

Our hunting crew this fall consisted of the usual familiar faces from Spooner — Mike Carson and his son Spencer, Tim McConnell, Fred Skahan and me. Our destination was the Wapati Valley west of Cody, just a couple of miles off the Yellowstone National Park border.

This was a guy’s hunting trip, a time-honored tradition, a male escape, a good old boys’ getaway …

Didn’t work. They were coming along. And for all the joking about our wives joining the journey, it really went well and was a nice change. It all seemed a lot more laid-back than normal, more of a vacation feel than a hunting trip in some ways. The guys even had a few more manners than usual.

We stayed in cabins at Shoshone Lodge just outside Yellowstone, three miles from the east entrance. The lodge was built in 1924 by Henry and Bertha Dahlem, and for much of the year it offers horseback trail riding, hiking, and fishing. During the hunting seasons, however, current owners Mike and Betsy Dahlem — the fourth generation — open the cabins for hunters going after mule deer, elk, big horn sheep and even mountain goats. (For information: shoshonelodge@gmail.com, or call 307.587.4044.)

After traveling to Wyoming for 36 years, the route has become very familiar — race across Minnesota and South Dakota, head up and over the snowy Bighorns, and then make the long haul to Cody.

Along the way, my mind wandered back across time, back to the beginning in 1983 when we first got the idea of hunting the mountains. I was 25 years old, and did not yet have achy knees and a stiff back. My hair was still dark blonde, not grey. And every mile of the trip brought a sense of wonder as we saw our first antelope and bighorn sheep, and the mountains towered high above us, capped in snow in mid-September. It was incredible.

My dad was along on that trip, and in coming years he became as captivated by the mountains as I was. I am now 14 years older than he was on that trip — that is kind of a sobering thought. I can still walk up the mountains, but it is much slower than at age 25, and I don’t/can’t make those all-day, 10-mile climbs anymore. I hunt lower these days. In those days I never thought age would catch up to me, but here we are. It really does happen to everybody.

Past hunts have brought some wonderful memories. There was the first few years, walking 12 miles into the mountains and camping in tents along a mountain creek — roughing it. The nights got down to 2 degrees, we brewed coffee with water from a mountain stream, and on a couple of occasions herds of elk wandered through our camp. It was fantastic, but tough, and in later years we discovered the joys of hunting out of Motel 6. Hot coffee was already made in the morning, and you didn’t wake up with your beard and face frozen to the tent wall.

There was one year we hunted in the same remote camp Buffalo Bill Cody established, seeing the same mountains and landscape he saw — an old tree still had his name carved into it back then. That tree section now sits in the Buffalo Bill Museum in Cody. That season offered a real humbling sense of history.

One year, on a rare guided trip, we arrived a couple days early and decided to go back into our camp anyway to wait for the season to open. The guide told us the generator was all set up, and the food had been delivered. When we got there we found no generator or food. We had some cereal and milk in the truck, so dinner was Captain Crunch out of a cup by the light of a campfire. It really wasn’t bad.

I’ve been fortunate enough to walk into a stand of trees during a snowstorm, only to find myself surrounded by four bedded bull moose who apparently had the same idea to get out of the weather.

On another snowy day our group climbed up into a stand of pines and built a fire as the snow piled up around us. A small flock of ruffed grouse apparently enjoyed the warmth too, as they walked in, right over our boots, and settled in by the fire.

I found out just how fast pronghorn antelope were as I shot at a speeding group of bucks, hitting behind them. Adjustments followed in later antelope hunts. I have grown to love the unique “goats” and would someday love to hunt them once again.

I have been sitting up high in a mountain meadow, looking across a valley when two mounted cowboys topped the far horizon after a herd of elk. They were no doubt experienced locals who had hunted that way before. From horseback, one of the riders fired on the gallop, dropping a nice, running bull. It was like watching a John Wayne movie!

And I have had run-ins with grizzlies, one of them walking out in front of me at a distance of about 20 yards a couple years ago. That, I’ll never forget! Heart-stopping, but what a memory.

No grizzlies this year. Unfortunately this year, no deer either. While the past few years have brought hot weather and sunburns, this year was quite the opposite. We ran into snow and cold temperatures. One morning was -11 degrees, two mornings were -14 degrees. Wind chills were around -25 degrees. Being from Wisconsin helped, I think. It wasn’t as shocking for us as it was for some hunters from southern locations.

And as always, the conditions provided some great memories. One morning, Fred, Tim and I decided to climb up a mountain trail on one side of the valley, while the Carsons took the other side. Early on you could tell there was weather moving in as dark clouds boiled over the mountain tops.

Around 10 a.m. the first snowflakes began to fall, gently at first, but pushed by 40 mph winds later on. We tried the old “crawl under the trees” routine, but there was no escape and the snow piled up. About 11:30 a.m., looking like snowmen and unable to see 20 feet, we decided staying out any longer was stupid and headed down. Plus, it was snowing so hard we needed to make sure we could get back to camp.

No deer this season. Most, we were told by locals, had already migrated out of the high mountains to lower elevations because of the weather.

We did see a few nice mule deer bucks down low in Wapiti Valley on private lands, along with hundreds of elk. No shooting, except with the camera. And that was just fine.

Another year, more experiences and memories.

You never know how many years you have left, what the future might bring. So I am drinking in every moment, enjoying every experience. It has been a long, exciting and memorable ride, and as long as these aging legs will carry me I hope to keep climbing up those high mountain trails. And I long ago discovered that pulling a trigger is never the most important or satisfying part of a mule deer hunt out West.