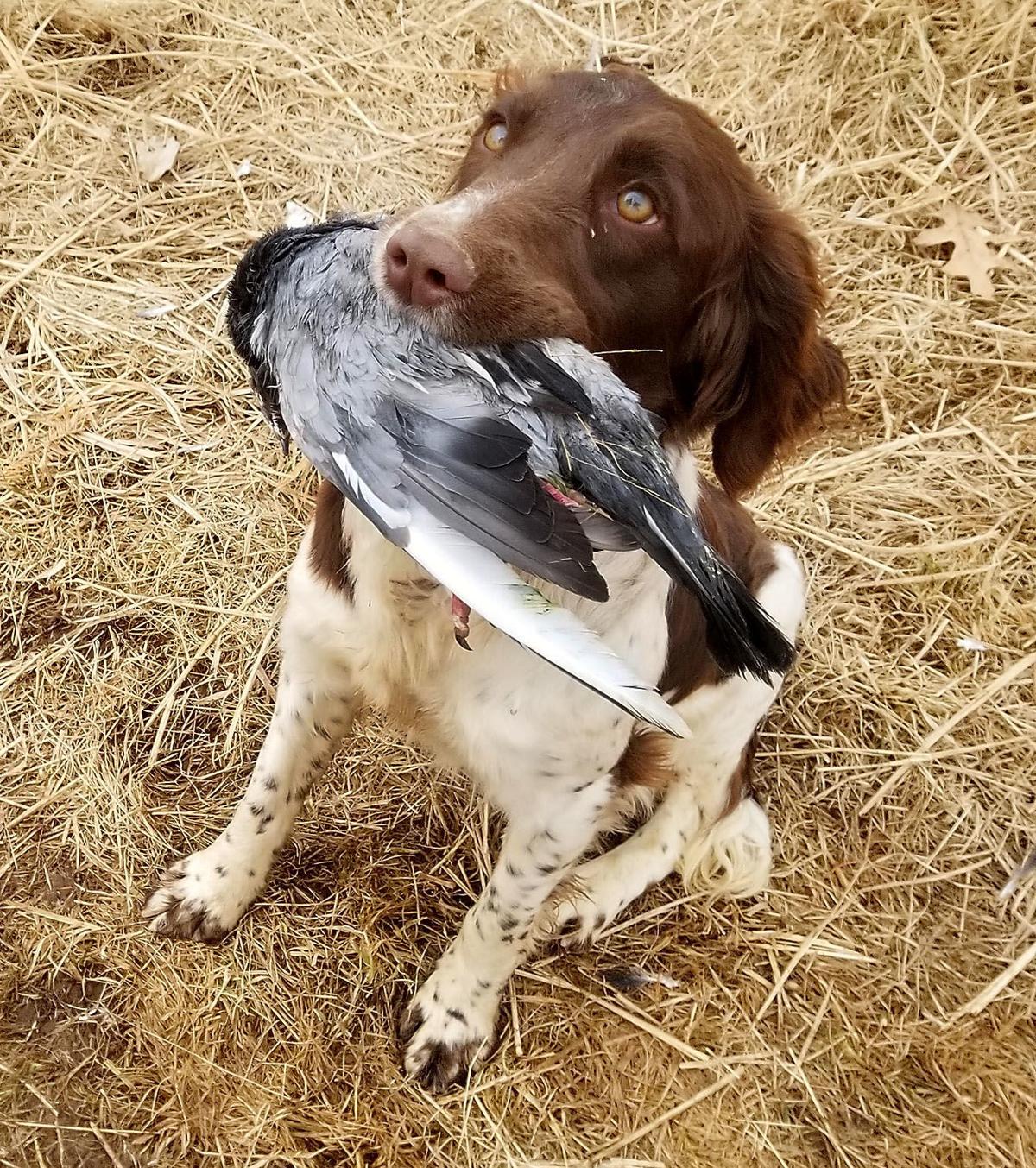 Lucy dutifully brings the bird back to her trainer. 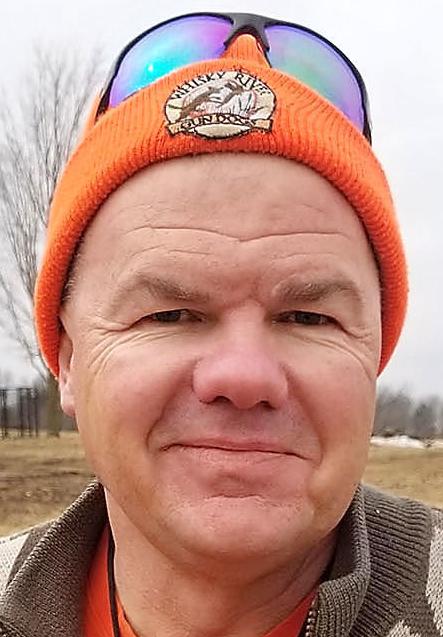 Lucy dutifully brings the bird back to her trainer.

CADOTT — Todd Stelzer checks blanks glistening in his starter pistol’s cylinder, snaps it closed and signals to Lucy, his three-year-old springer spaniel that the game is on.

The two of them walk uphill across muddy greening patches of grasslands behind Stelzer’s house on land once part of his home farm. He tosses a dead barn pigeon into brush and fires a blank and Lucy sits rigid, eyes focused on the “downed” bird. In a flurry of simple commands and hand signals, they begin to show what weeks of determined teamwork has molded into a first-class hunting dog.

It’s spring training season at Stelzer’s Whisky River Gun Dogs kennels in the rolling farm country of eastern Chippewa County. Water is running off fields and ponds are opening up. Days are getting delightfully longer and dogs and owners are eager to come to facilities like Stelzer’s to exercise and instruct their dogs in preparation for fall hunting seasons a few months off. Operating year round, Stelzer tells an onlooker that he enjoys AKC field trials he and his dogs compete at, “but I really like the training part of it.”

“That’s what drives me, when I see the light come on in their eyes when they do what you want,” Stelzer said.

Stelzer, 52, and his wife, Ann, partner to raise litters of English springers. Generally springers are regarded as excellent pheasant, grouse and woodcock flushers capable of retrieving waterfowl, and fine family dog too. A former state animal health inspector, Stelzer has been training dogs, mostly springers, for more than 20 years. He started full-time in the gun dog business only eight years ago.

“I work dark to dark,” Stelzer said. “I really don’t hunt much anymore. I just don’t have the time.”

After some demonstration time with Lucy, Stelzer offered to run Darcy, my eight-month-old springer spaniel, through a few basic obedience maneuvers on a walking leash to evaluate her abilities. About a month earlier Darcy, a truly spirited high energy pup, had undergone spaying surgery. The veterinarian post-operatively noted that the surgery only removes reproductive organs, not energy.

Stelzer said he’s sold dogs all across the country, but about 80 percent of his customers come from the Twin Cities.

“I’ve never failed with a dog, but there have been dogs I’ve gotten as far as I could,” Stelzer said. “The better bond you have with a dog, the more it’s going to want to work for you and please you.”

Training, he said, whether by a professional or a do-it-yourselfer, “you have to have patience,” Stelzer said. “You have to find a way to get a dog to understand want you want. Stick with it. Keep your cool.”

Carlson is a freelance writer who lives in Eau Claire.