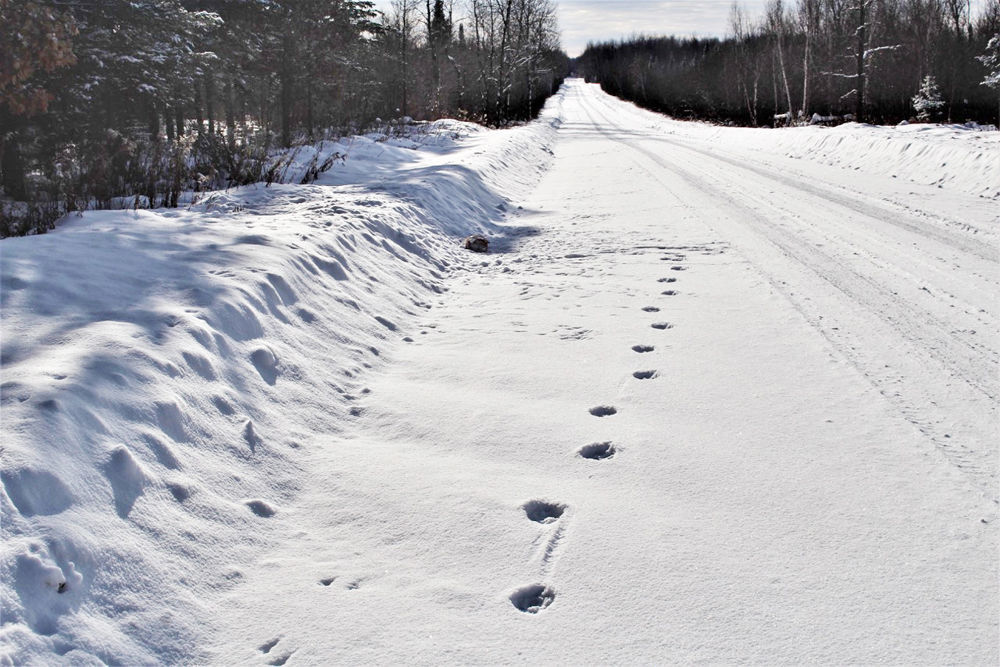 These cougar tracks, leading to the remnants of a deer carcass, were found by volunteer tracker John Brylski on Skinner Creek Road in the Town of Elk on Dec. 15. This was the first confirmed cougar observation in Price County since 2011. 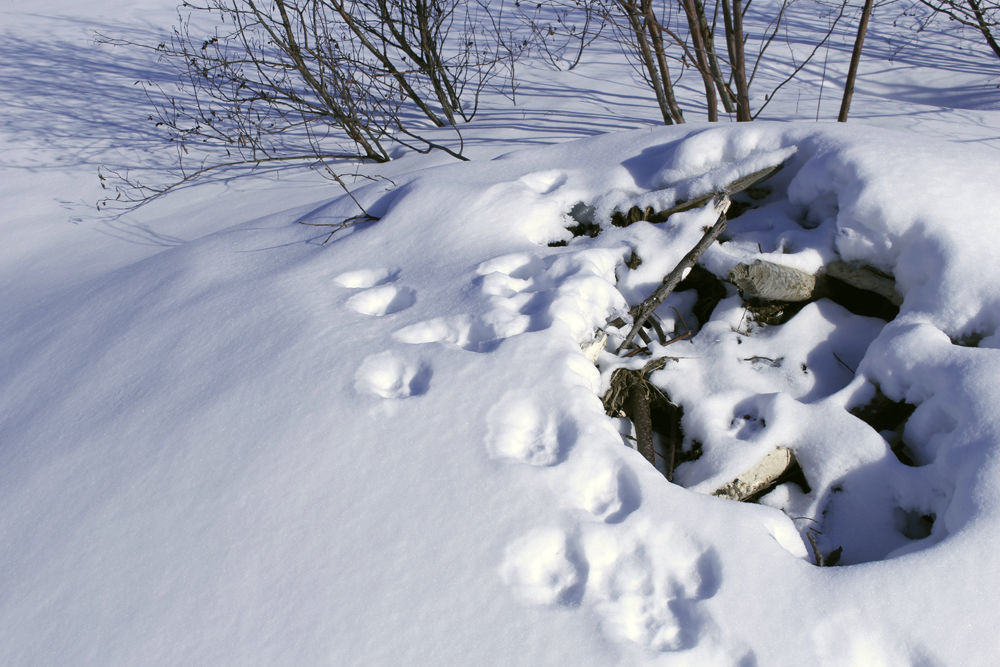 Coyote tracks can be seen on top of this beaver dam, nearly completely buried under this winter’s deep snowfall. 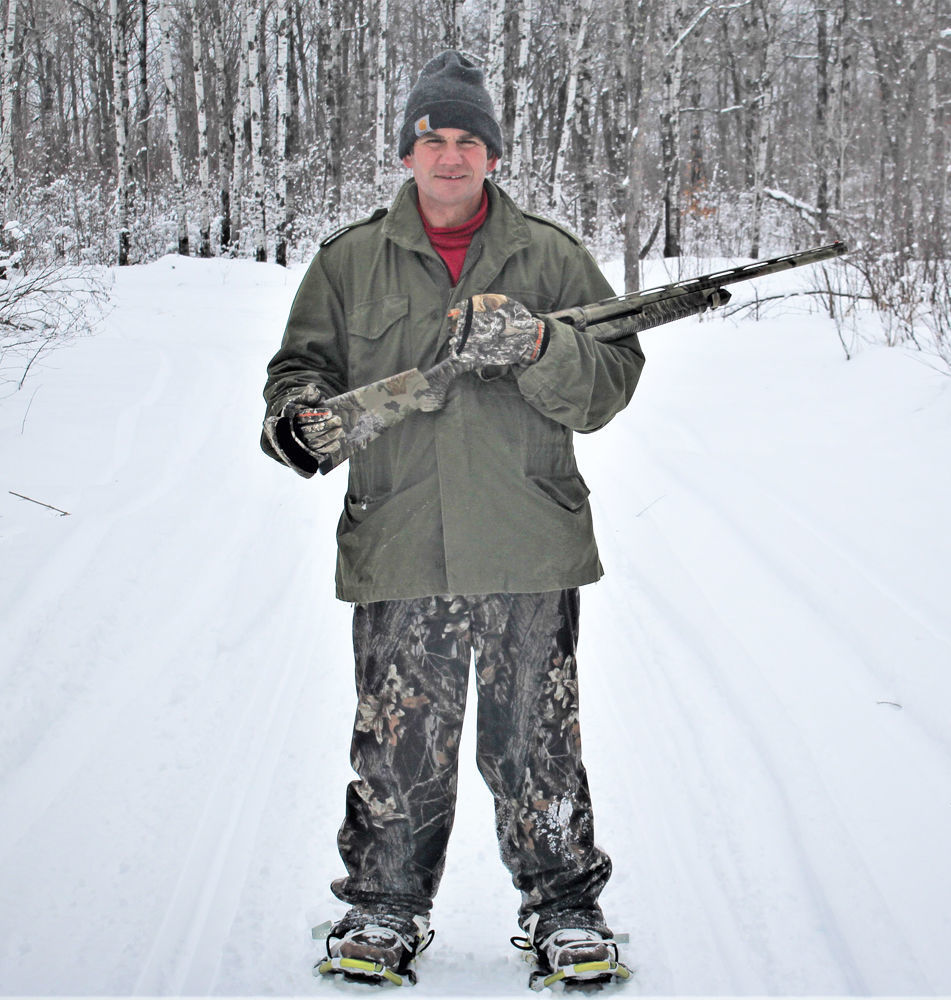 Newcomer to Price County, John Brylski spent his first winter in the Northwoods volunteering as a carnivore tracker for the Department of Natural Resources, gaining many insights into a new world. 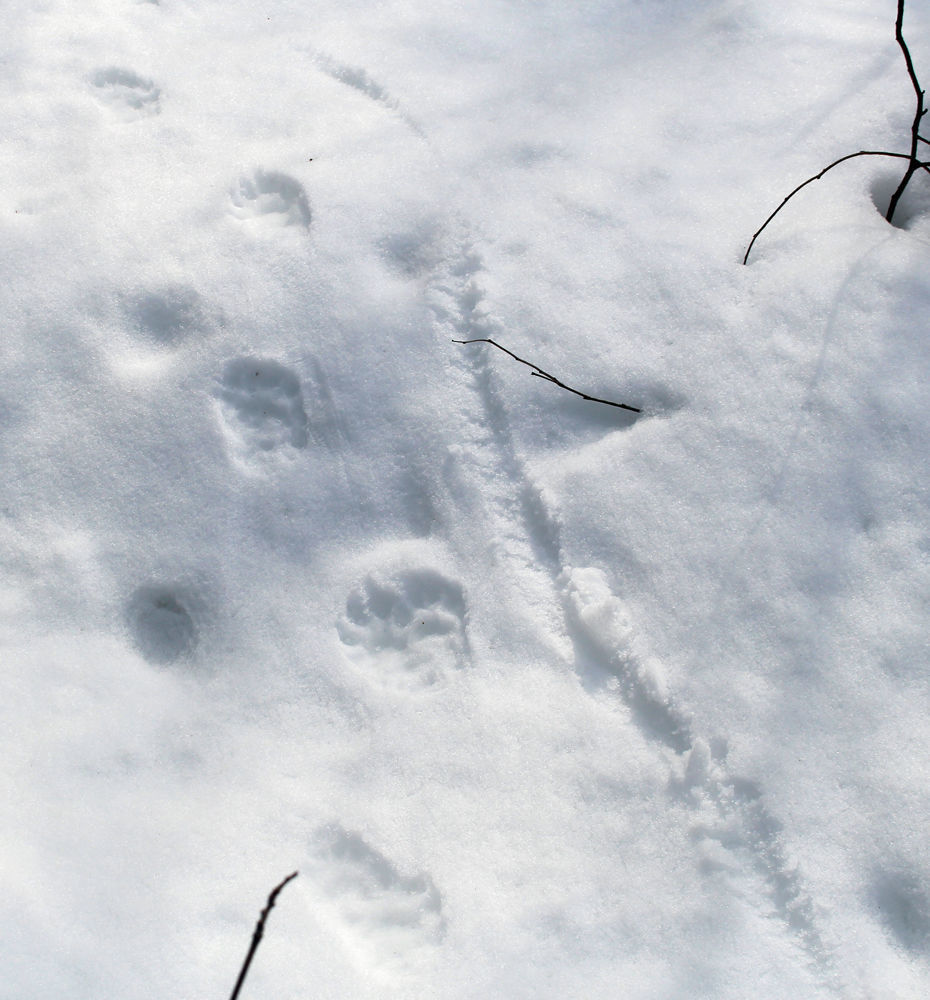 Pictured here are fisher tracks, dragging a piece of a deer carcass behind it.

These cougar tracks, leading to the remnants of a deer carcass, were found by volunteer tracker John Brylski on Skinner Creek Road in the Town of Elk on Dec. 15. This was the first confirmed cougar observation in Price County since 2011.

Coyote tracks can be seen on top of this beaver dam, nearly completely buried under this winter’s deep snowfall.

Newcomer to Price County, John Brylski spent his first winter in the Northwoods volunteering as a carnivore tracker for the Department of Natural Resources, gaining many insights into a new world.

Pictured here are fisher tracks, dragging a piece of a deer carcass behind it.

This winter, John Brylski joined approximately 100 other people who volunteer for the Wisconsin Department of Natural Resources, tracking wolves and other carnivores across the state.

Brylski, who moved to Price County from Outagamie County only a year ago, joined the Volunteer Carnivore Tracking Program both to explore his new area and to learn more about the local wildlife — and ended his first year in the area with some memorable moments.

The DNR has used volunteer trackers to help detect and document wolves throughout the state since 1995, and their work helps supplement data collected by DNR employees. Each winter, the Wisconsin DNR attempts to count each wolf in each pack while documenting their territory range. This allows the DNR to create a minimum count of the number of wolves in the state each year. Some packs receive additional monitoring if they have a radio-collared wolf, although not all of them do. This requires that people put in many hours each year, following tracks in areas with known packs, determining the number of wolves in each pack — along with many other factors.

After completing a two-day training offered by the DNR, learning how to identify the tracks of native species that may be out and about in the winter, as well as the ecology and biology of wolves, Brylski headed out on the roads in the Skinner Creek area near Phillips.

“As a retired law enforcement investigator, I’m always interested in solving unanswered questions, and this seemed like an interesting way to learn more about the area,” he said.

As a volunteer tracker, Brylski completed three official tracking surveys for the DNR, but went out tracking approximately 15 times over the course of winter, learning something new each time.

“I found it to be very interesting. Every time I found something that I didn’t recognize, I’d go back home and look it up online, trying to learn more,” he said. “I’ve always enjoyed being out in nature, but there are many more interesting things to track up here in the north than where I come from.”

His tracking season was unusually eventful, with the discovery of cougar tracks early in December — a rare find in the northern part of the state — and the remains of a few whitetail deer that had been consumed by wolves and other wild animals.

Brylski said he was impressed at how efficiently the wolves consumed every scrap of the deer over time, leaving little more than bone shards and hair.

Outside of simply tracking wolves and documenting their territory and activities, Brylski also discovered that observing animal tracks let him in on dozens of stories that are constantly being written in the snow — unseen by the majority of humans who pass by.

He found areas where deer bed down in the woods, the heat of their bodies melting shallow depressions in the snow. The tracks of a bobcat led him to where the cat had killed a rabbit. Fisher tracks led him to a cached whitetailed deer buried in the snow, and he found coyote tracks on top of a beaver lodge where the wild canine had curiously investigated the stick structure, no doubt hungry for the beavers inside.

“When I was in law enforcement, I learned the basics of investigating who, what, where, and how,” Brylski said, adding that those fundamentals of investigating eventually become ingrained in how a person interacts with the world. “When it comes to animal tracking, it’s essential to develop fundamentals such as track identification, interpretation of what [the animal] is doing … and the ecology and context of why it was there.”

As a runner, Brylski often encountered interesting tracks while out on backroads in his neighborhood, and later returned with snowshoes and equipment to follow the prints and document what he found.

Although the official tracking season has ended with the disappearance of the snow, Brylski says he plans to continue to hone his tracking skills over the summer months — and then volunteer with the DNR once again next winter.

“This is a beautiful area, and this has been an interesting way to learn more about it,” he said.

Multi-year volunteer trackers are considered a particularly valuable resource, according to DNR wildlife biologist Jane Wiedenhoeft of Park Falls, who coordinated the Volunteer Carnivore Tracking Program for many years.

After volunteers have been tracking for approximately 40 hours (generally about two tracking seasons), their data is usually up to the same standard as trained DNR staff, according to Wiedenhoeft.

Tracking is a constant learning process, Wiendenhoeft said. Even after many years of tracking wolves, she said she still finds the process exciting and engaging.

“Certainly, I’ve learned more every year I’ve done this,” she said. “We learn about how animals move, and how they interact with each other. Volunteering in this program gives people the opportunity to experience a whole world they might not be aware of — it’s kind of like solving a mystery.”

Marie Ericksen-Pilch of Phillips started volunteering as a wolf tracker back in the winter of 1999, along with her husband Karl, and after putting in countless volunteer hours observing and tracking, she now works as a wildlife technician for the DNR.

“It became such a passion for me that I started tracking all year long. Anywhere I go, I’m always looking for tracks,” Ericksen-Pilch said. “To me, finding a track is just as exciting as seeing an animal. Each track has a bigger picture associated with it.”

As a volunteer and an employee of the DNR, Ericksen-Pilch has logged thousands of hours tracking countless backroads through northern Wisconsin.

“When I track, it’s a long day — sometimes nine or 10 hours,” she said. “You cover a lot of ground, and are constantly observing. The more detailed you are, the more accurate the data you produce is.”

Like Brylski, Ericksen-Pilch often finds more than just wolf tracks while out surveying.

In 2011, she found and verified cougar tracks in the Catawba area, and has tracked bear, fisher, elk, and even a rogue moose or two.

“You know these species are out there, but how often do you see a wolf or an elk or a badger?” she said. “I just can’t stop tracking — I have to know what’s happening out there. If tracking is in you, the more you do it, the more you see.”